When your boat is on the hard, you are stuck in so many ways.  You can’t go where you were going (obvious) but you also cannot live where you were living.  So our Fort Lauderdale experience was much appreciated by way of the hotel rooms…we were well taken care of but no closer to what we sought.  Grandma and Grandpa came down to visit for a few days and the time spent with them was indeed a happy time.When we realized that our time was not limited to the work week but rather a more extended stay, we did what most reasonable people would do: we went ahead and booked a flight to San Juan, Puerto Rico.  The decision to leave in less than 36 hours had a lot to do with the confidence we had with the situation,  the knowledge we would not actually get back to Miami (and live on the boat), and that if we were to continue to spend money on housing it may as well be where we were heading. 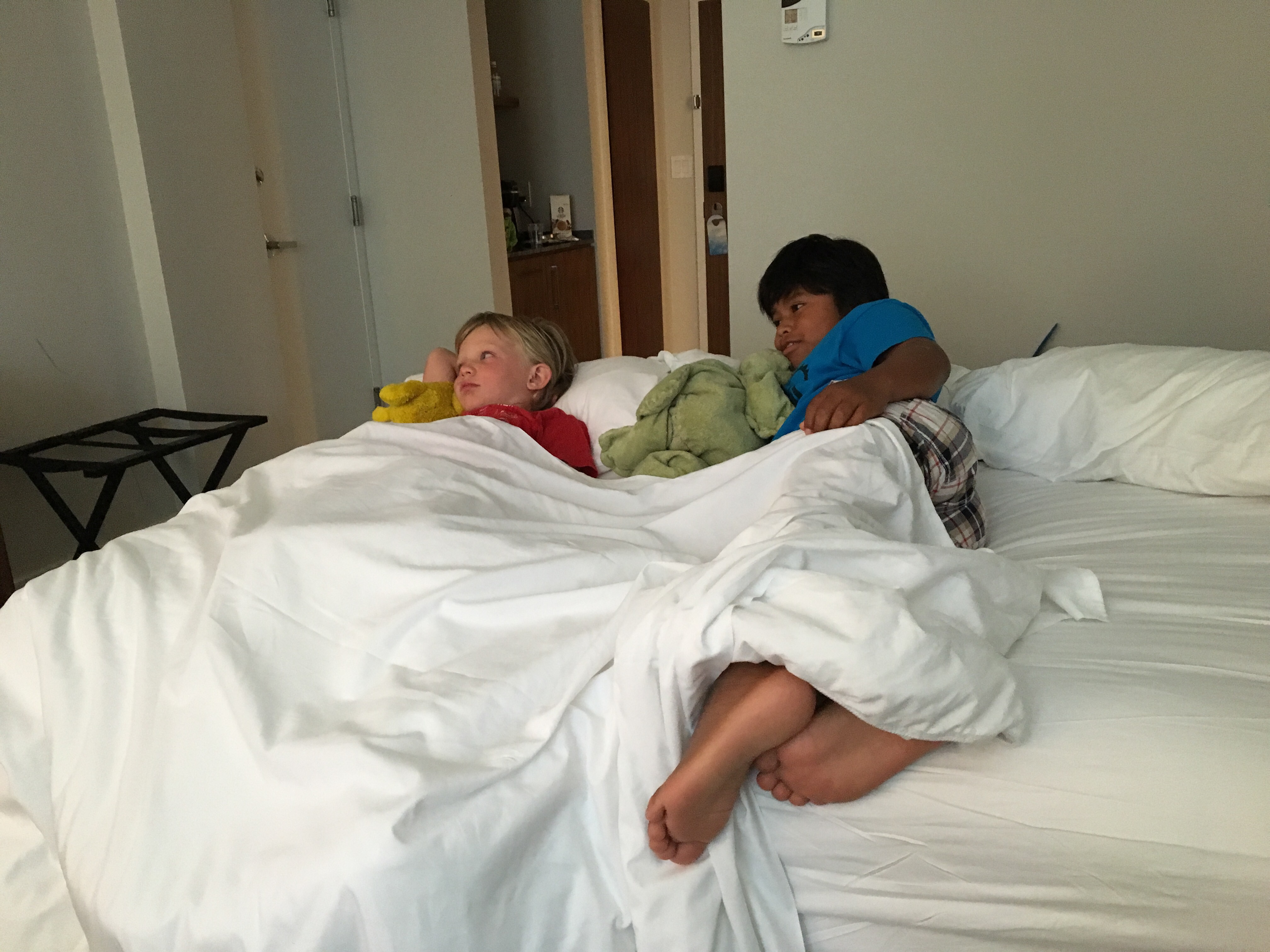 Retreating to Miami/Fort Lauderdale (for repairs) brought about changes to our timing and therefore our plans.  As I have often said, we are all for raising our kids with a bit of disappointment however, the idea of beating into the trade winds after a stop and go, long extended crossing of the Bahama flats, three weeks further into the ‘windy’ season (captain’s note: this leg is over 1,000 nautical miles directly upwind into the trade winds and large to very large seas for 7-10 days…I say uncle)….well even to these ears seemed high pitched and a bit on the frantic.  Justin and I discussed our options and feeling that the needed repairs were happening and the plans (as flexible as they are) set, we decided to move forward and patch the pieces together.  We hired a delivery captain for Madame Geneva, who would begin the journey as soon as the vessel made her way back to water.  We ubered our way around Fort Lauderdale to dry provision for the boat (read haul a ton of drinks, canned goods etc up a sketchy ladder while the kids played on the dock below).  We packed for a family of five for a two week trip on a plane off of a dry docked boat.

And then we got on a plane. 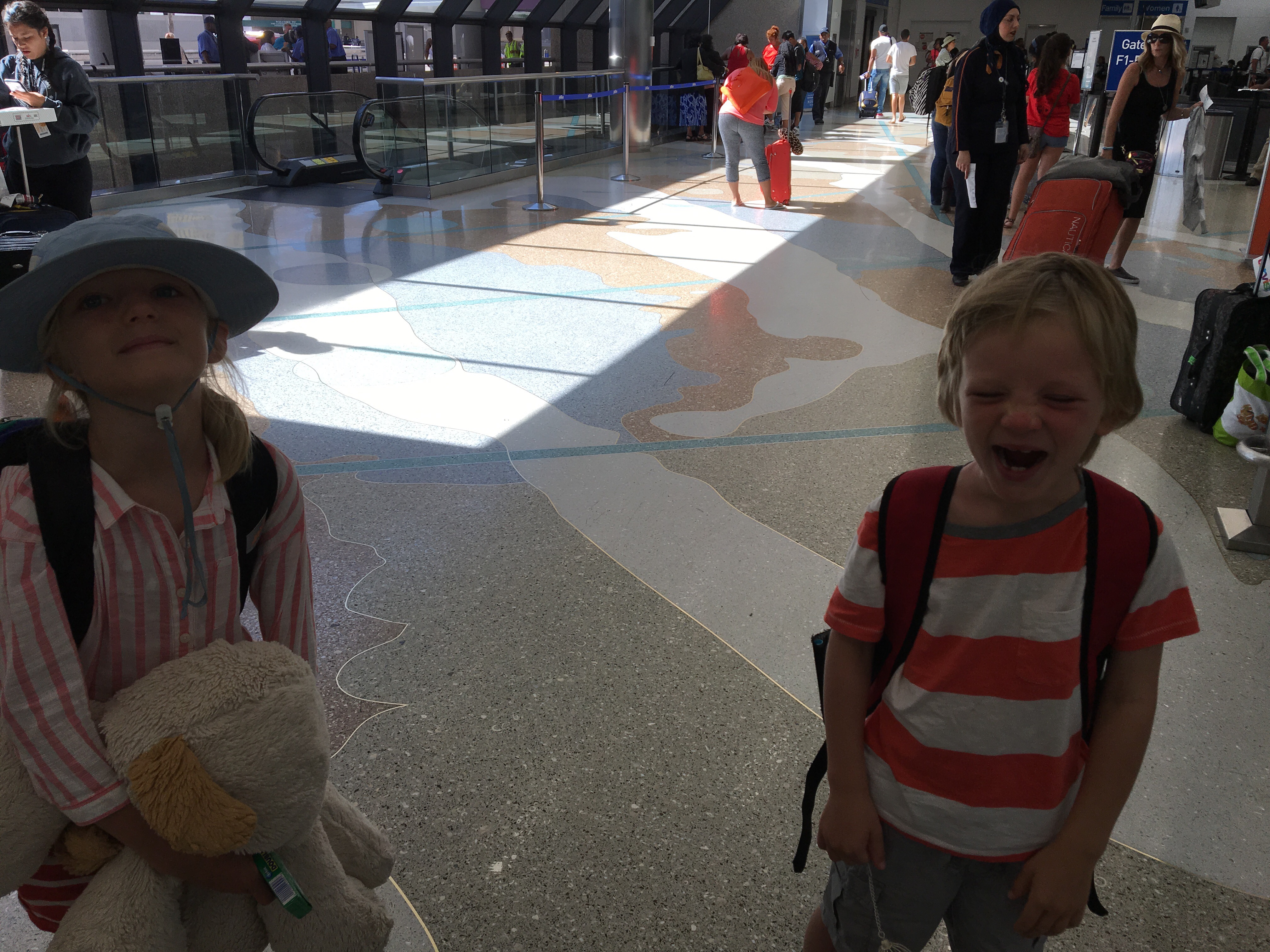 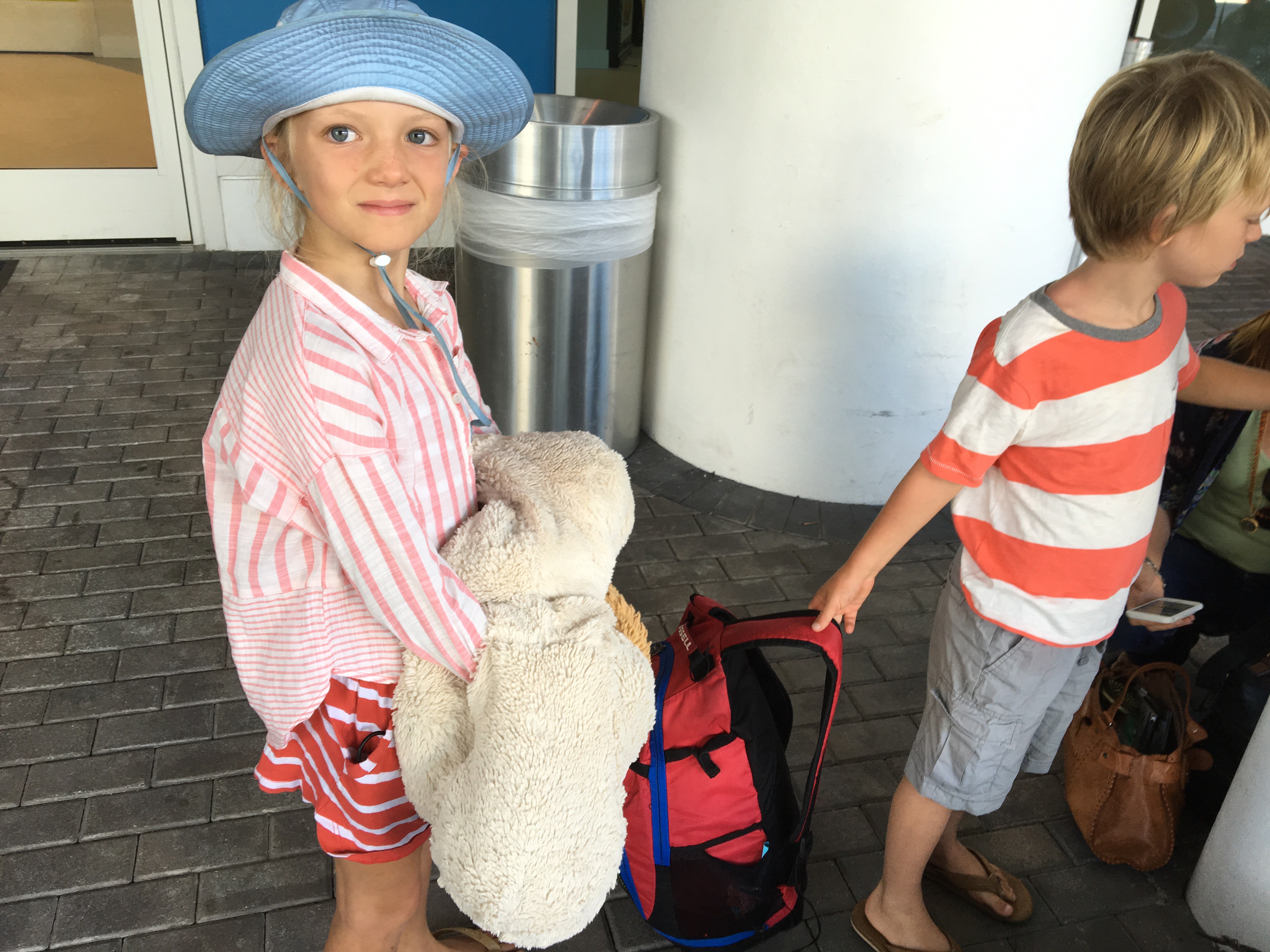 Not all was set upon our arrival.  True we had a place to stay, thanks airbnb.  True we managed to get Uncle Joey a ticket to join us on Tuesday.  But we did not exactly work out transportation on an island not fond of Uber.  Car rentals in San Juan were ridiculously and principally expensive.  So we simply got on the plane, picked up our one checked in bag, and went down to ground transportation to figure it out.  The first three taxis had no interest in driving us to Isabela (about one hour and a half out of San Juan) but luckily we were matched with Frank.

Frank was truly awesome.  Our historical driving tour began within minutes and with multiple hand shushing to the kids in the third row we were able to gather a bit of knowledge of Puerto Rico.  The interstate (one of the many old military roads) soon shifted into smaller roads and passing towns, each with a story of its own.  I am certainly not about to write a Freshman paper on any of this but what was important then and now is that we received a quick surface land perspective of the culture.  And that fed and watered our appetite for much more exploration.  Mix the story line with some insanely gorgeous scenery and well, the trip was and is off to quite a beginning.

Our ride took us briefly through the small square of Isabela and down the sharp hill to the beach.  A clearing into the complex and a ride up the elevator took us to an incredible view of jutting rocks of lava formations curved in part around a stretch of beach.  The wind was so strong from the sea that the doors needed their stops.  We cranked open the windows and let the breeze in.  Palm trees, dense hills, stray dogs, feral cats, parked cars, cruising cars, concrete buildings, plywood structures…and music on full.  We dropped our luggage and descended.  Street food, choppy Spanish (us), more delicate English (them), and drinks brought about a nice introduction to our new neighborhood.  And when we returned to the balcony and watched the scene as the trades began to die, we felt as the air shifted clockwise.  The sweet smell of soil was powerful.  The winds, no longer from the sea and instead from the hills, carried the dirt.I hiked up the hill this morning to get some cash and then took the kids down to the beach while Justin found his way to a rental car. We walked along the shore until we reached the point.  Quiet still in the morning, the tidal pool below the staggering rocks was an absolute oasis.  The kids swam and climbed and explored.  The waves crashed into the rocks and flowed as a fall into the pool.  Justin joined and took us all into a section where the push of the current conflicts with the overflow of crashing waves. 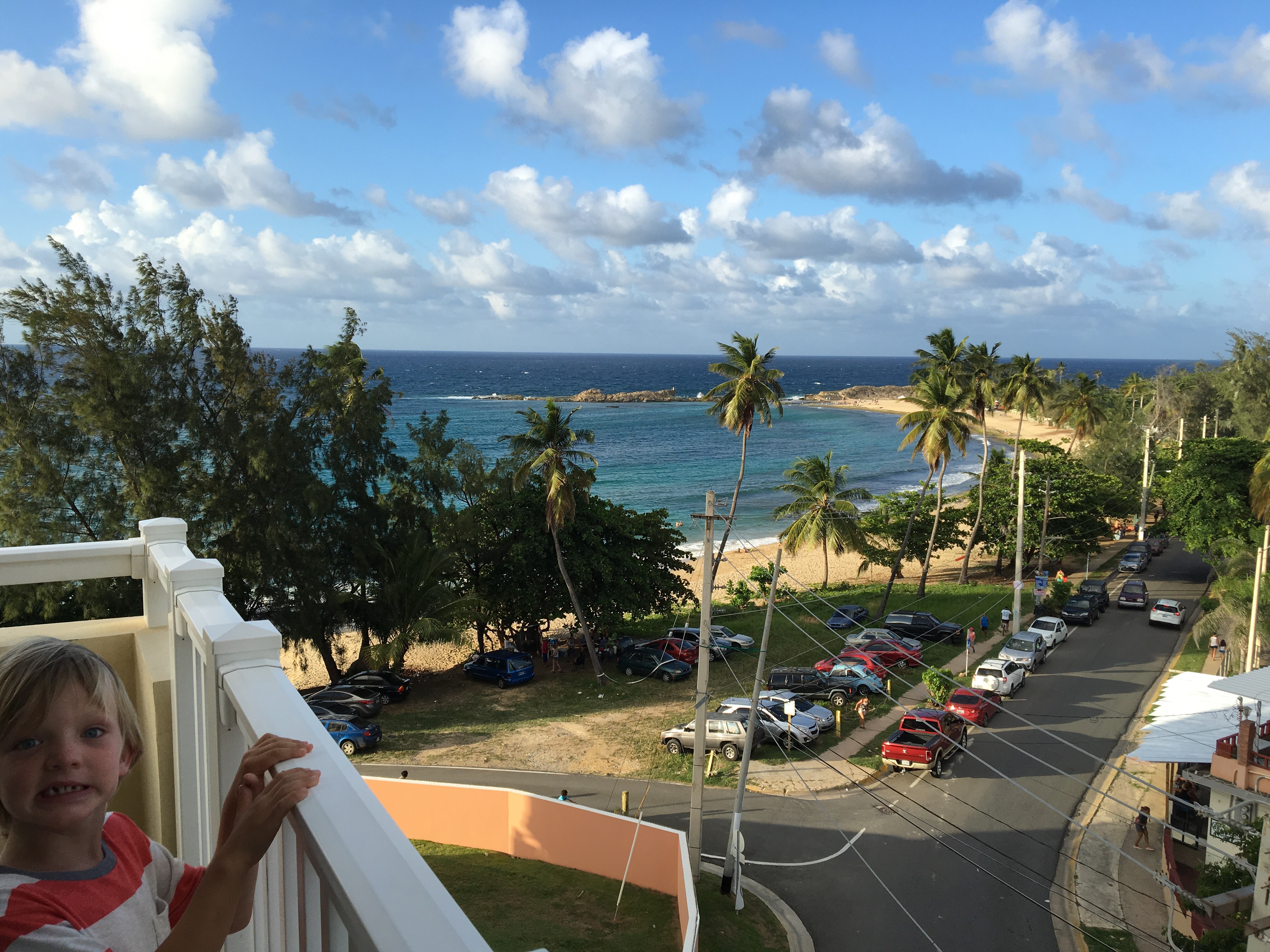 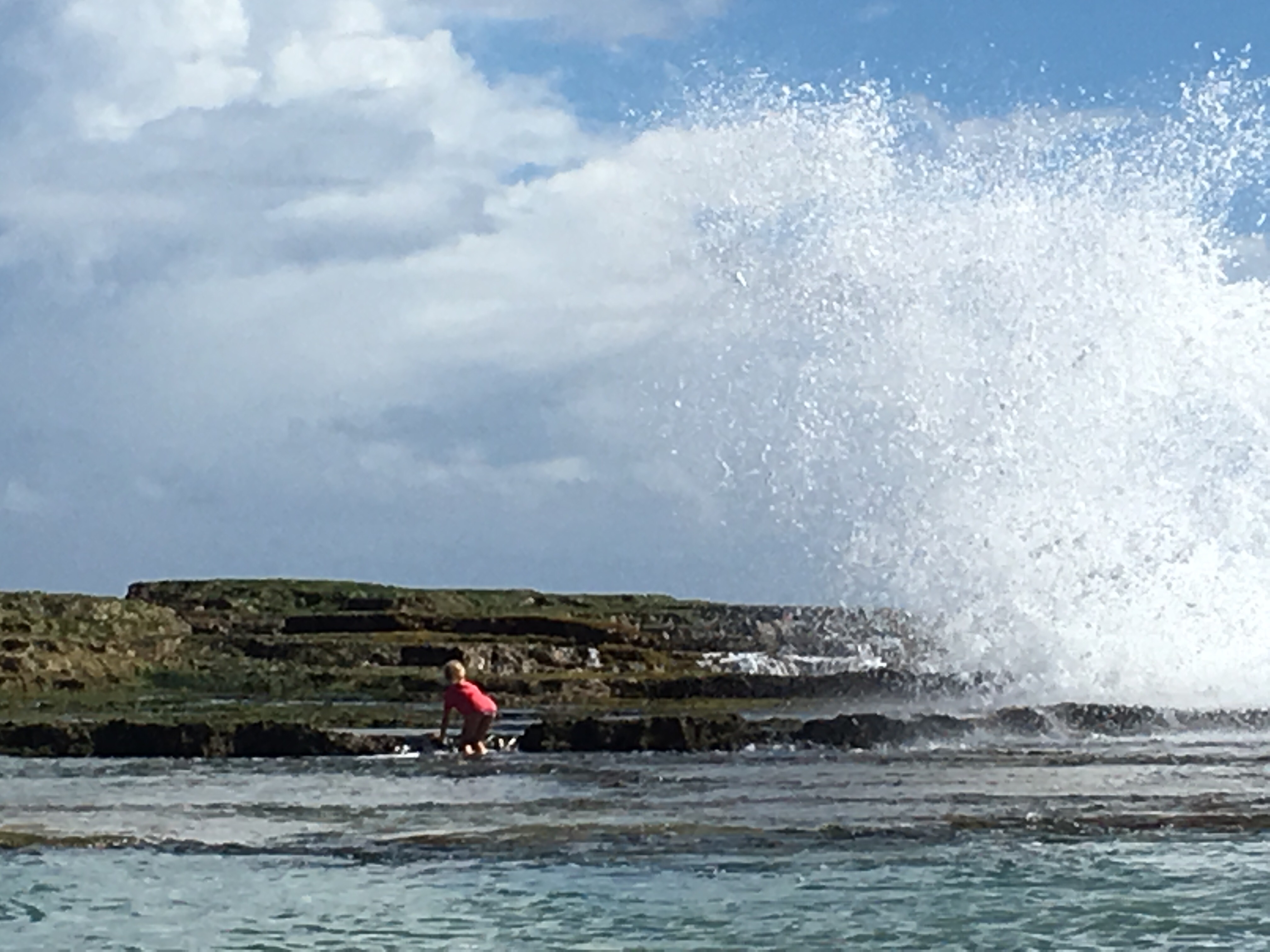 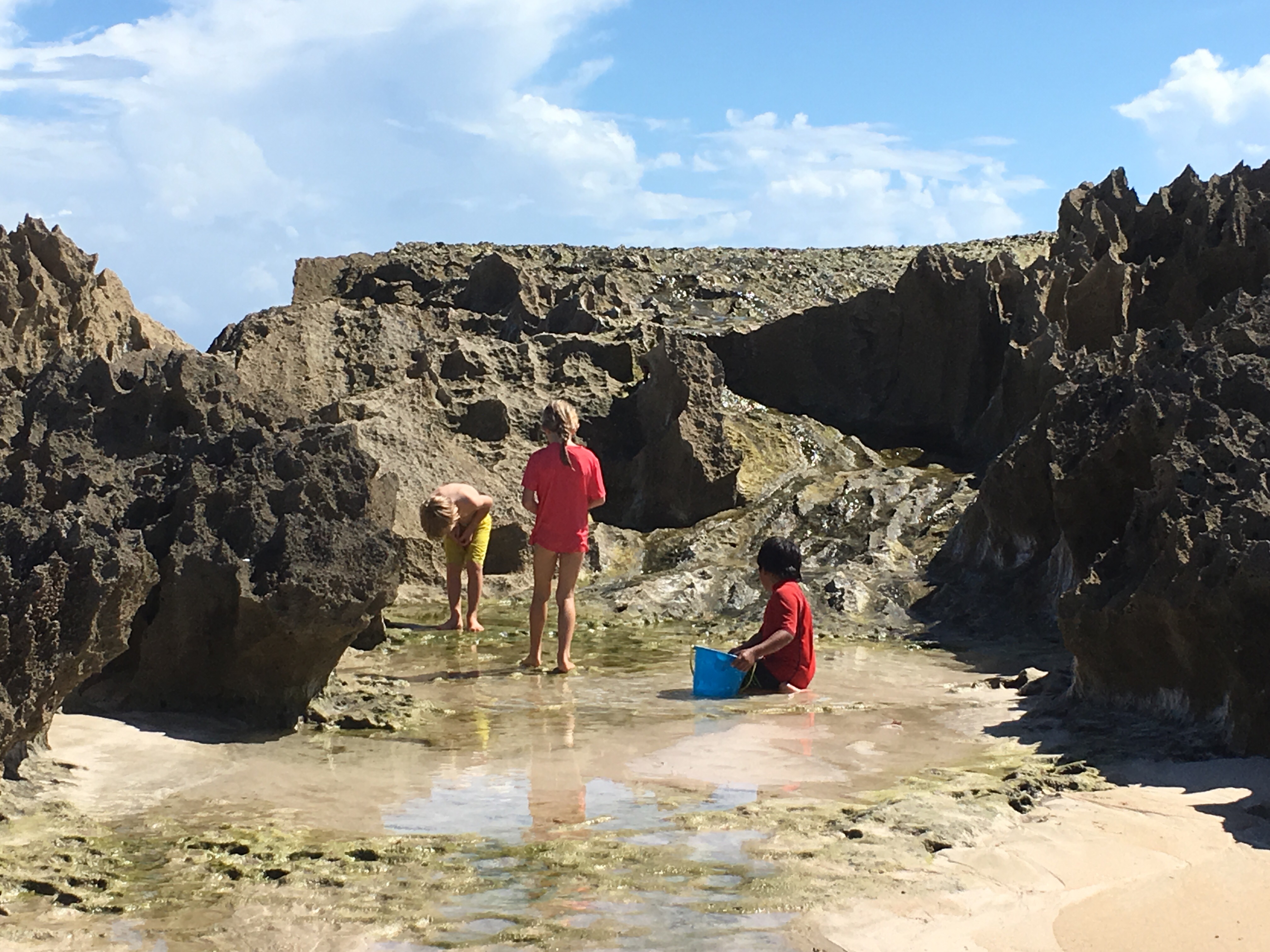 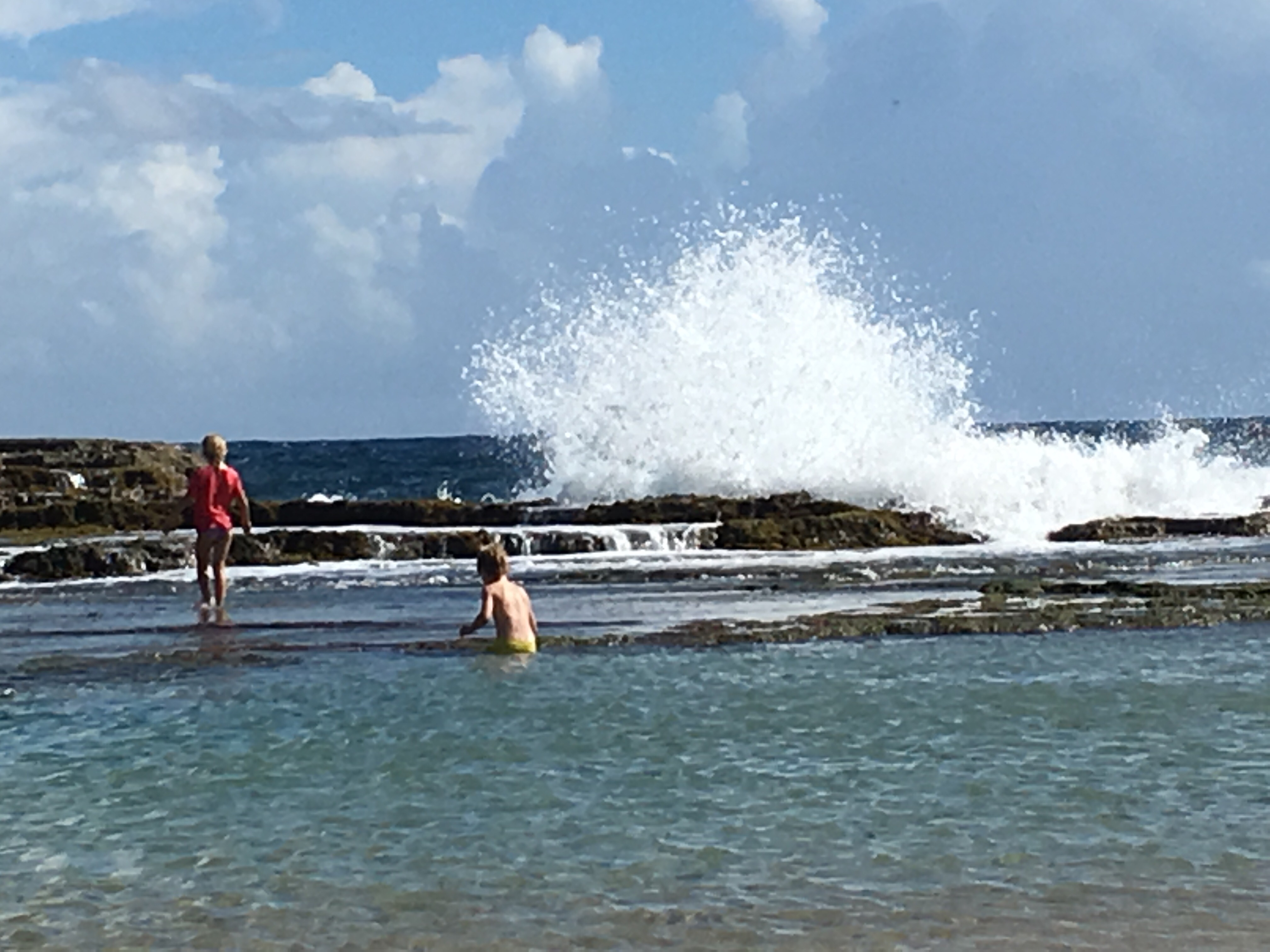 We drove along the beach road this morning past insanely lush vegetation and surfers taking advantage of beautiful breaks.  Lunch ocean side, watching the water walkers, was well received by all.Now on the eve of ELA, a holiday, we are privy to the people watching from up high.   The parade of cars, the shrieking of sirens (from vw buses and jeeps), the pulsing of trunks with more speakers than we have in our home, and the excitement of crowds is lending to quite an evening.  The spirits are high and as Quinn says, “This is awesome!” 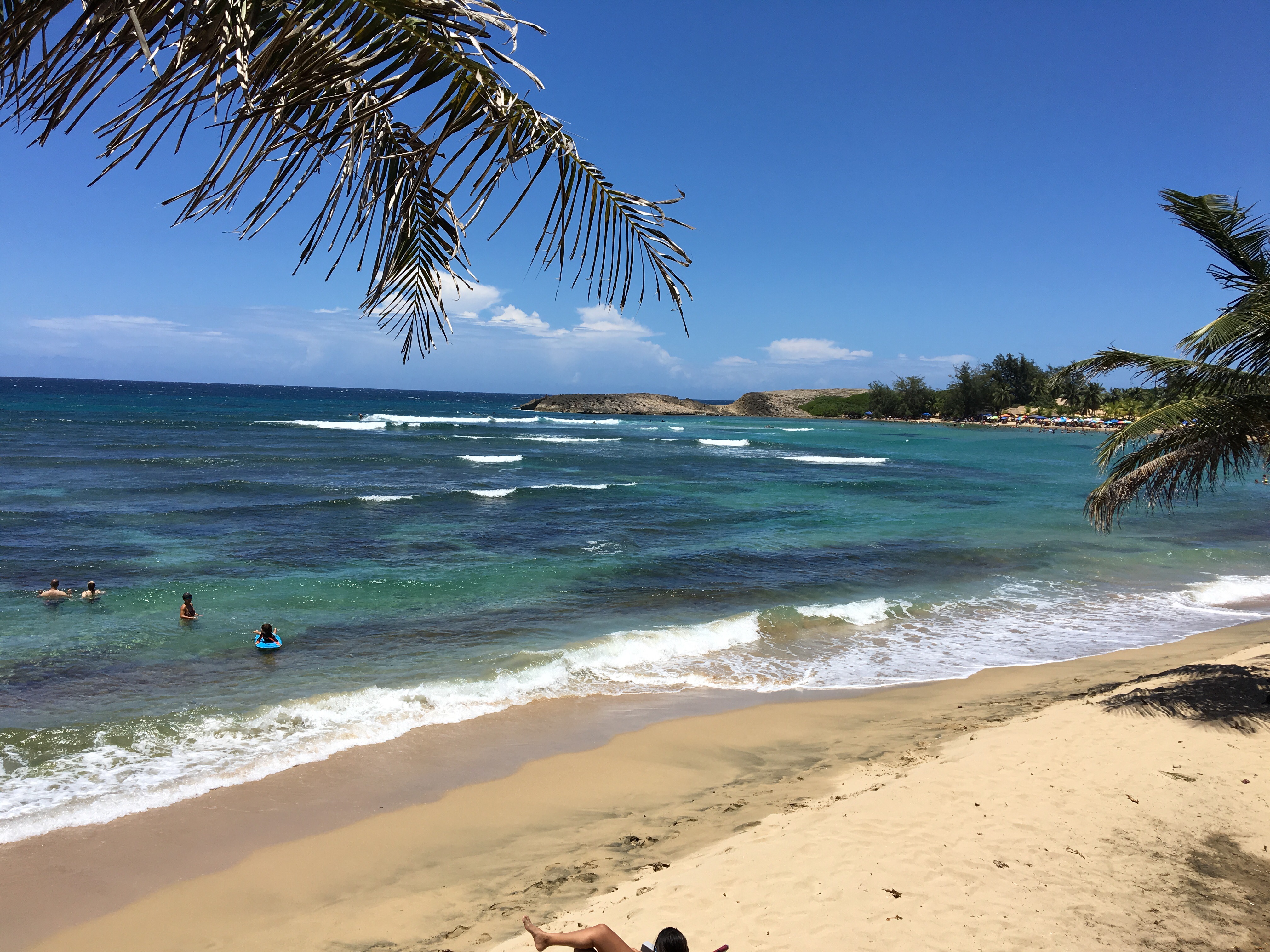 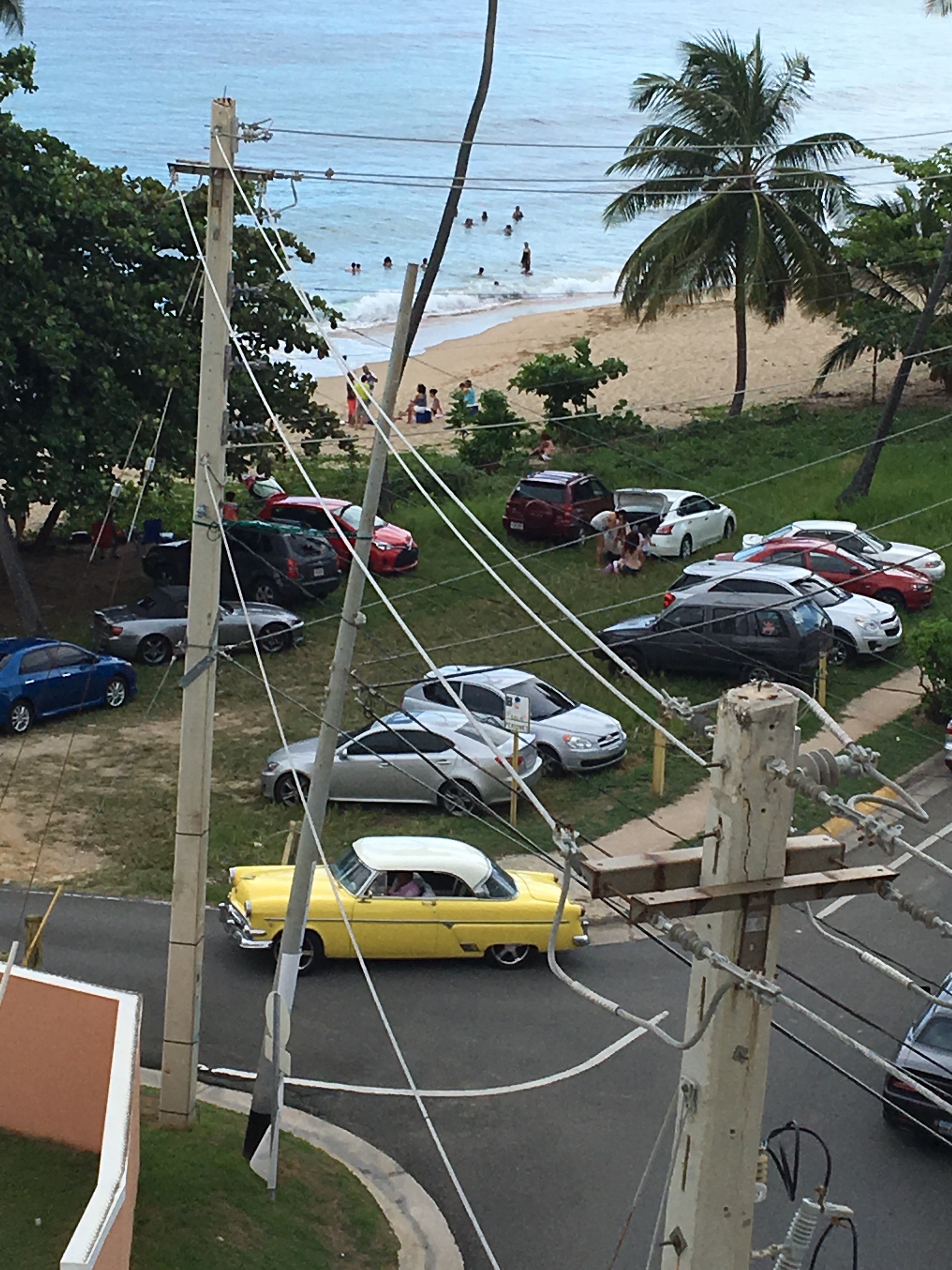