Judging by where we are, where we’ve been, and what we’ve done so far on this next adventure the only thing I can say with any certainty is that I cannot predict what will happen next. Not a chance.

Kelly described our painstakingly thoughtful and premeditated last minute dash to PR quite well I think. I have always had a knack for falling arse backwards into good fortune and working it out in my favor (perhaps looking as though I meant it to be this way all along, perhaps not) while Kelly has an amazing ability to define the challenges and knock them out, often at the same time, to achieve in a short time what many people would think unlikely or worse…really unlikely. Sure, provisioning a boat for an international trip up and down a ladder in 100 degree heat while using Uber cars for groceries and errands, booking flights, packing for a family of squirrels while debating (arguing) which trinkets and lovies can make the plane trip seems a bit aggressive. Of course booking Uncle Joey a series of flights, booking a condo in Puerto Rico and ground transportation all in a bout 3 hours is just how Kelly rolls.

So we’re here in a beautiful new country-kinda-statey-island place. The views are spectacular, the people are incredibly friendly. The food is new and good. The culture is everywhere. This is just what we were looking for and although we have no boat we are happy!

So what to do?

Kelly described our day one. Day 2 was wide open. Kelly worked for a few hours early while I made a big breakfast and got the kids all set for a big day. Our fancy new Kia Optima was our ticket to explore. We decided to spend the day inland since beaches have been on the menu for so many weeks. Up and up into the country past cows, horses, little hamlets, people living their lives and eventually jungle covered mountains to Rio Camuy Cave Park! A fun tram ride down through the sinkholes into the Karst topography with headsets learning about the geology and history of the caves. An absolutely huge cathedral underground with a rushing river audible deeper still. Bats the size of pterodactyls (things grow larger in the darkness) swooped up high and close above our heads. We filled water bottles directly from the dripping clear clean water, spotted a giant stalagmite we named Jabba the Hut, spoke uneven but getting better Spanish with our fellow spelunkers and had an amazing time. 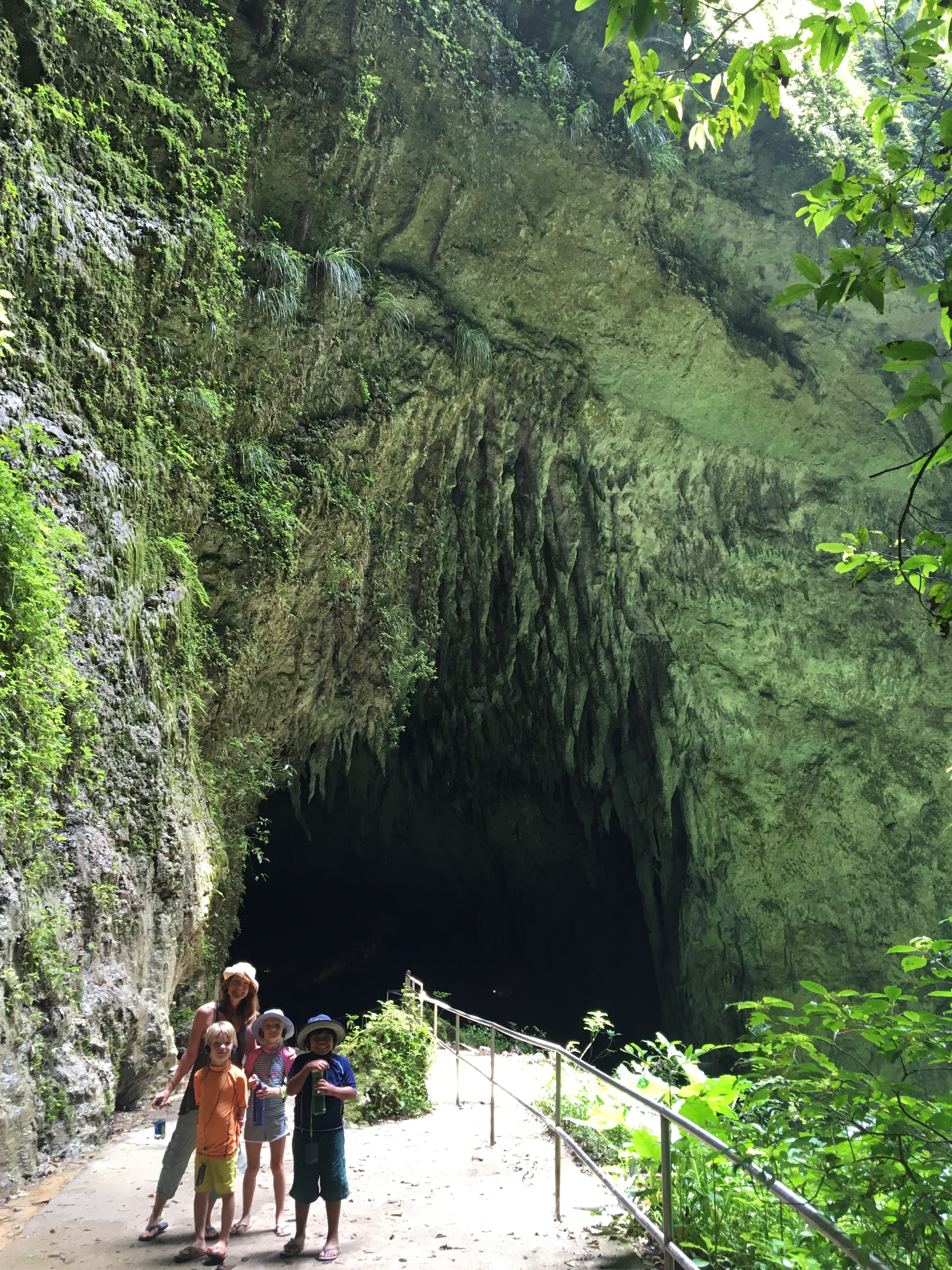 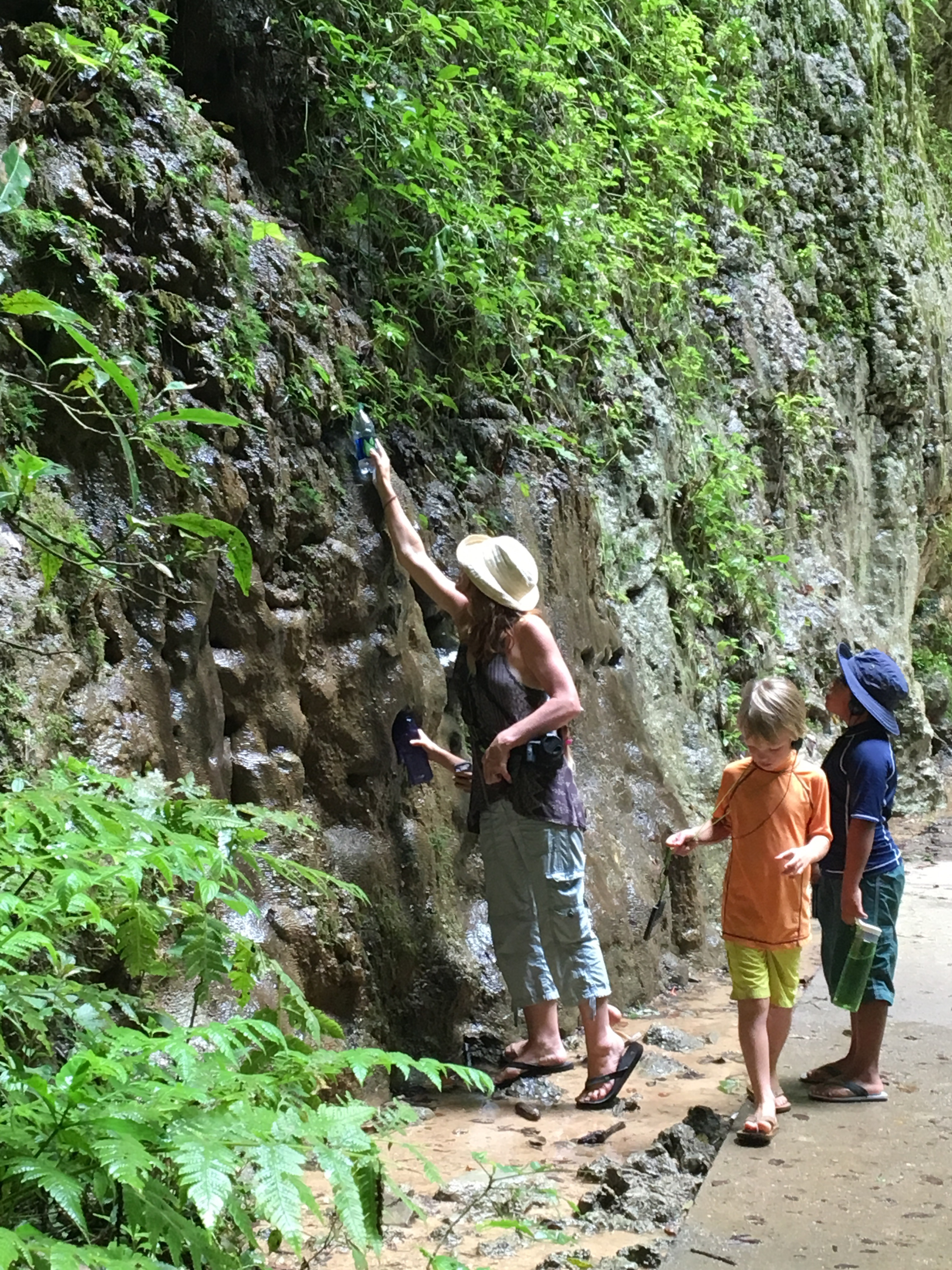 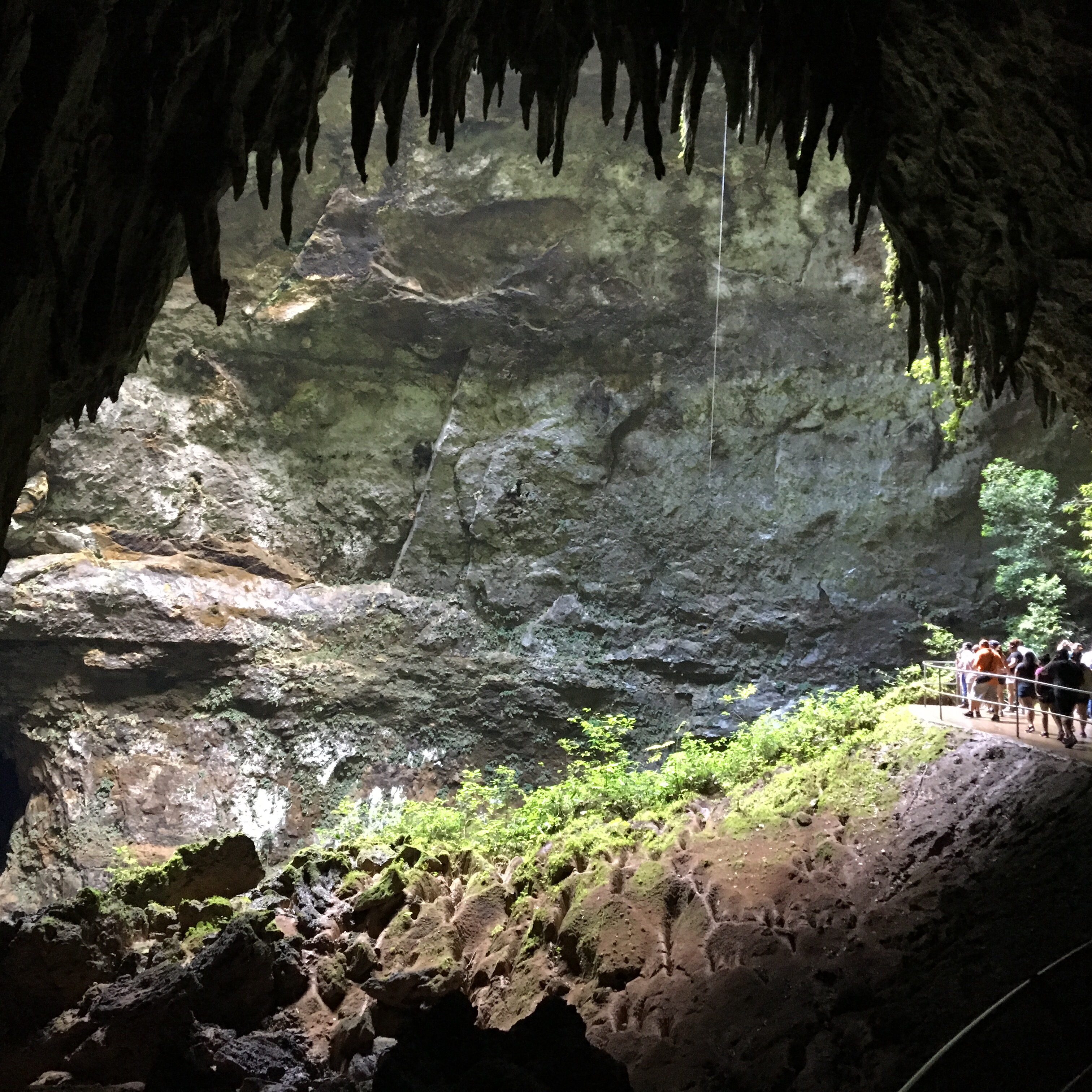 From there we hopped into our coche (car…see? We got this) and drove further west through the interior to a little town called San Sebastian where we found a roadside waterfall to play in, Cascada Gozalandia. The water was cold at first then felt warm as it pounded over your head from some 40 plus feet up into a small pool. Lots of locals were about enjoying a good pounding as well. After the kids played around the perimeter for a while the group of mostly large men moved out of the way so our children could have a turn. We struck up a conversation mixed with English and Spanish. They were so nice and only concerned that we were enjoying the place and places they love and are proud to call theirs. There is a spirit of sharing and generosity here that is palpable. We’ve met and enjoyed people everywhere we have been on this trip, but something is going on here. It is special.

We left the waterfall jumping into the car literally as the sky opened up and the thunder cracked. Huge cool raindrops doing the tropic style downpour. Drip, drop, drip, dripdripdripdrip…boom. Sheets of rain with blue skies visible far ahead down the hill at the beach and of course, a rainbow.

Another ride through the country to the shore coaxed us to once again not let a day pass without worshipping the ocean. Just a few miles out is the Puerto Rico Trench. It is the deepest point in the entire Atlantic Ocean at over 26,000 feet. Trade winds blow east to west and the waves break on outer rock formations splashing high into the air. These rocks create coves on the north shore and Jobos Beach, pronounced “Hobo’s” Beach – a misunderstanding by the author when I had only heard it pronounced and not seen it written. Hundreds of sun soaked people playing on the beach and in the shallow water, surfing, music cranked up echoing across the water children, families, teenagers showing skin that wouldn’t go over well in middle America and men whistling from the water at women to get their attention. No scruffy old men with cigar stubs walking the train tracks here- One mans Hobo is another mans beach party paradise.

The children climbed me, competed for my attention, begged me to bodysurf, throw them, and carry them on my shoulders all at the same time. Glad to see they still like me.

Make your own taco night at the condo (now with provisions we can cook for ourselves on occasion) and a movie. Everyone out cold after an epic day of adventure and immersion. Writing this Tuesday morning they all slept in as well. Unheard of.

A long ride east today to explore San Juan a bit and then pick up Uncle Joey at the aeropuerto! Kelly thinks if he had visited here before he checked out Hawaii he would be fluent in Spanish by now.