The town that the horse festival was in is called Migjorn which is in Menorca. Yes, we made it to Menorca. The horse festival was awesome!! At first it was boring because all we were doing was sitting around while mom and dad were drinking beer they got from a bar right next to us. Then we started walking around. 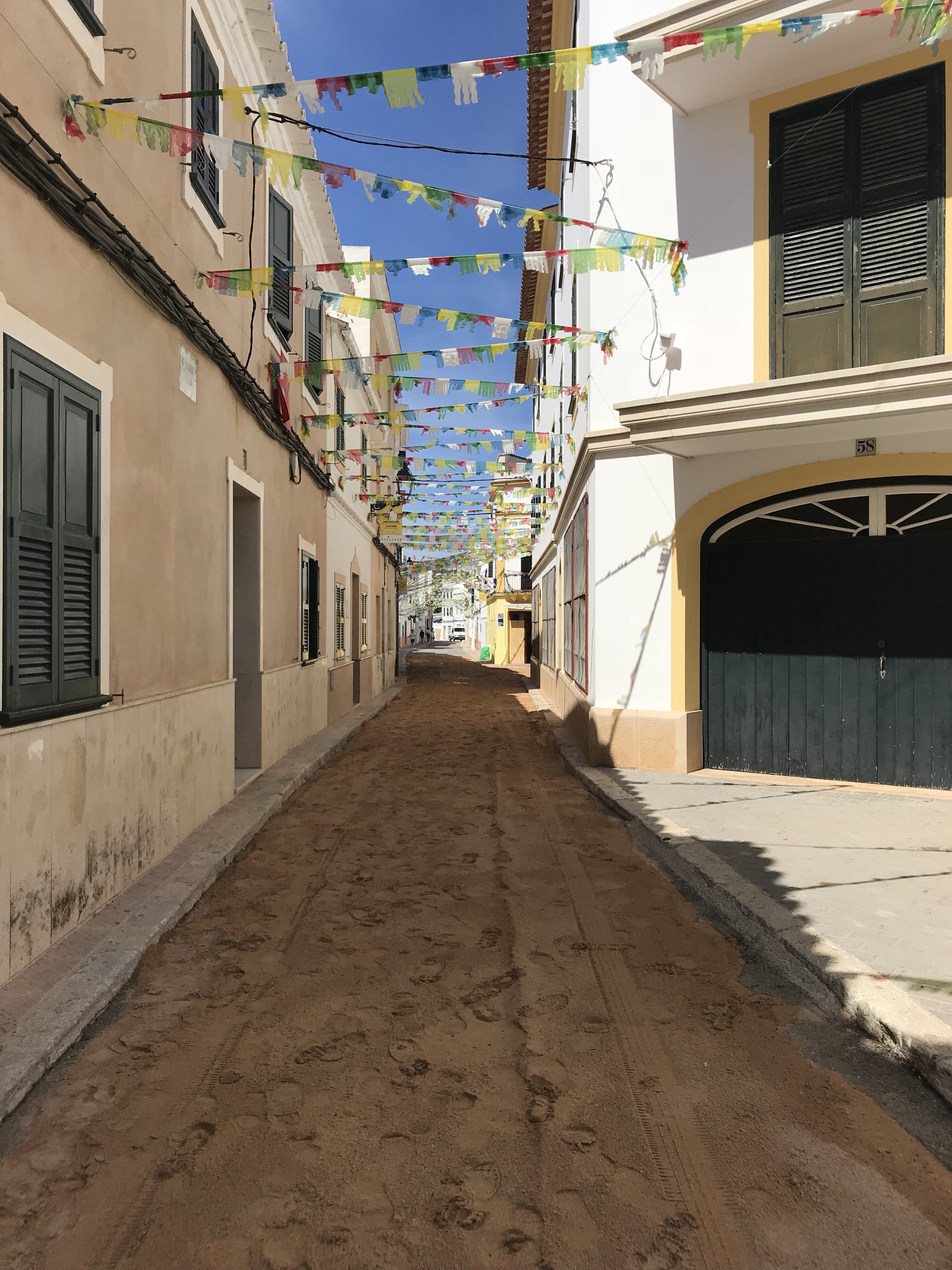 We saw a horse with it’s rider on it. The horses were beautiful. They were all ready and excited so they were drooling and stepping so proudly. Then we kept walking and I got a homemade shirt with a decked-out horse on it. Here I’ll show you…

All the horses had mirrors on them. If you saw the whole body it would show a heart, star, or circle where the heart is. We all touched the hearts and saw people run in front of horses rearing up it was crowded but awesome!!! There was a band playing in the background too. I only knew that one of the riders was the priest. 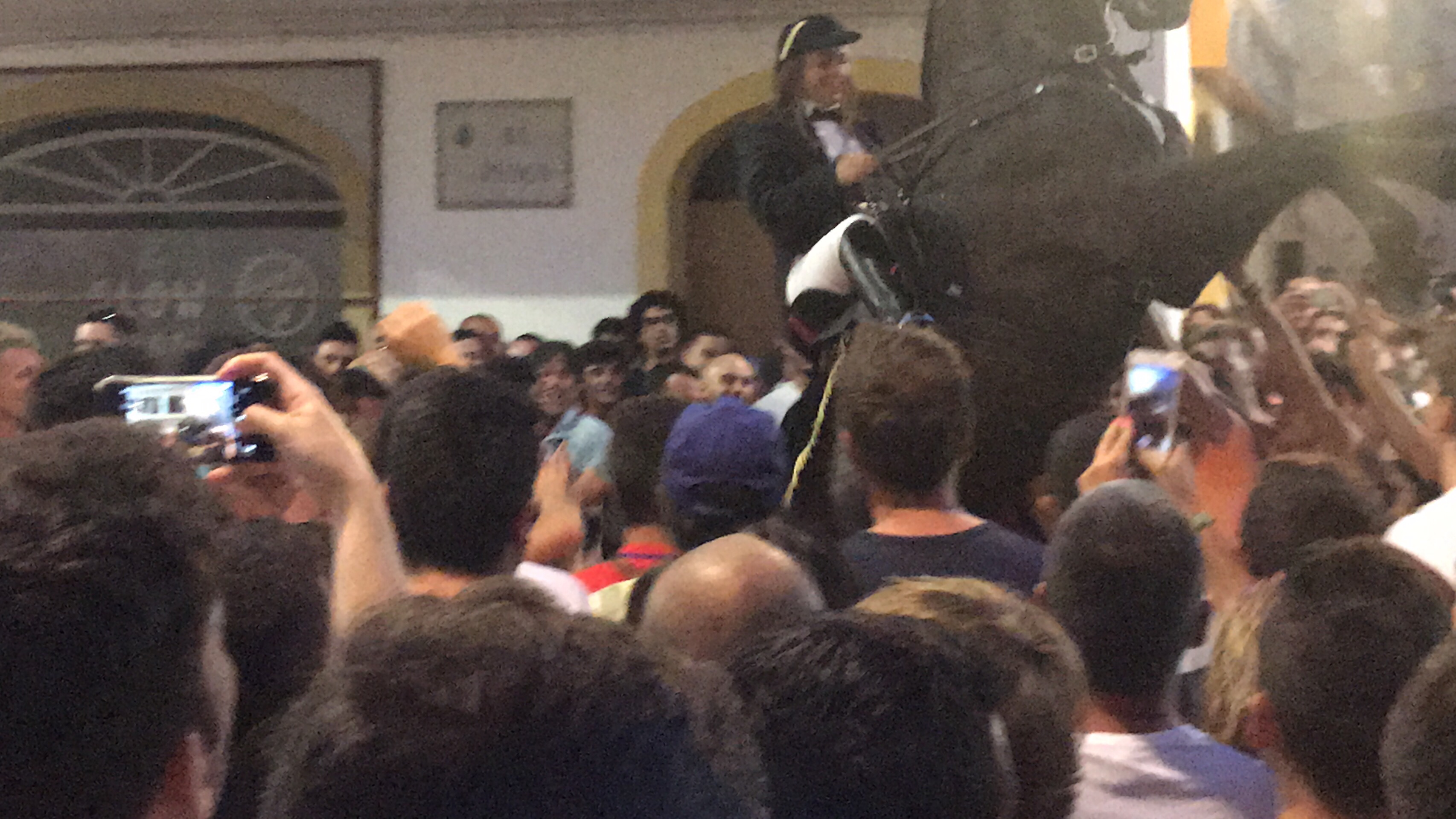 Now the horse riding. So first we went to a café and had croissants or toast. Then we called the Taxis. The first one came and dad, Che, and I got in we told him to go to Menorca horse riding. We ended up in the country which was not the right place. Although they had a lot of horses. They had a dog which was a german shepherd. He seemed happy to see us. Then we went to the back of the place and there were two people there and one of them helped us get a taxi and over to Menorca horse riding!

Now the horse riding… so when we got there we met Sara who spoke English like Wendy. (There, now you’re even more famous in my blog Wendy) Then we met our horses!!! Dad’s was Tetan, Che’s was arrow, Quinn’s was symphony, Mom’s was something that meant sand in Spanish, and mine was Orgu which was short for something that meant proud in Spanish. Once we got on we started going I got out without help but getting in the line was harder. Ounce we started going then dad started trailing behind because Tetan knew dad couldn’t stop him from eating. It went like that the whole time well until we headed back. At one-point dad said he was going to rename the horse “ketchup”. Bad idea, Tetan started neighing and he even back kicked, thankfully he was in the back. After the picture we started heading back. Once I got a black berry I was heading over to the blackberry bushes. They were delicious!!!! So sweet and I managed to score a few too.