Tethered to a mooring here in Falmouth Harbor, Antigua, with the wind howling and spinning Madame Geneva as on a pendulum, I realize that it has been many days since my last post. Time and white pages sometimes unnerve me, and this unfortunately is no other time. The longer I take to put my fingers to typing, the harder it becomes to jump in and spin the tale. But Justin has just served me lunch…he is calling it an international sandwich. It contains (and I am not lying) honey roasted turkey, rosemary ham, gruyere cheese, tomatoes and kimchi on a wheat hot dog bun. He said he was bummed that we didn’t have ranch aioli and I can only hope that he is kidding. White page be dammed, captain, I am going in!

Our ride from Guadeloupe to Jolly Harbour, Antiqua was simply awesome. A pocket full of weather wishes would have gone unused. The wind and waves set out to make our sail a brisk but gentle one. With the wind blowing in the low twenties just aft of our beam, and the waves long rolling in the three to five foot range, we were delighted by the hours in the crossing. Quinn seemed to have found his sea legs (an anchorage in Desaies in a westerly will put hair on the chest and an ‘argh’ on the tongue) and I was quite happy to spend some time with our young mate on the bow. Justin found a perfect angle and pitch to inspire the water to crash up to the stanchions where our legs dangled. Soaked and elated, we watched as other boats sailed in the distance toward both Antigua and Barbuda.

We stayed well outside the western reef of Antigua, turning just prior to the red & white, and then headed down the channel into Jolly Harbour. The distance between the red and greens was skinny and the surrounding anchorages were well littered with sailboats. We headed to the customs house and there awaited our checkin. I truly believe that some places for clearing in are there simply to test your patience and your penchant for the absurd. I knew it might be a bit when Justin texted me to turn on the generator…

Justin did get to meet some interesting people…one of whom was a Ukrainian man clearing in upon crossing the Atlantic solo from Spain in a rather slight boat.  When asked how that was, the man simply said ‘stupid’!  Justin did manage to pass him a cold beer while the Ukrainian was still clearing in. 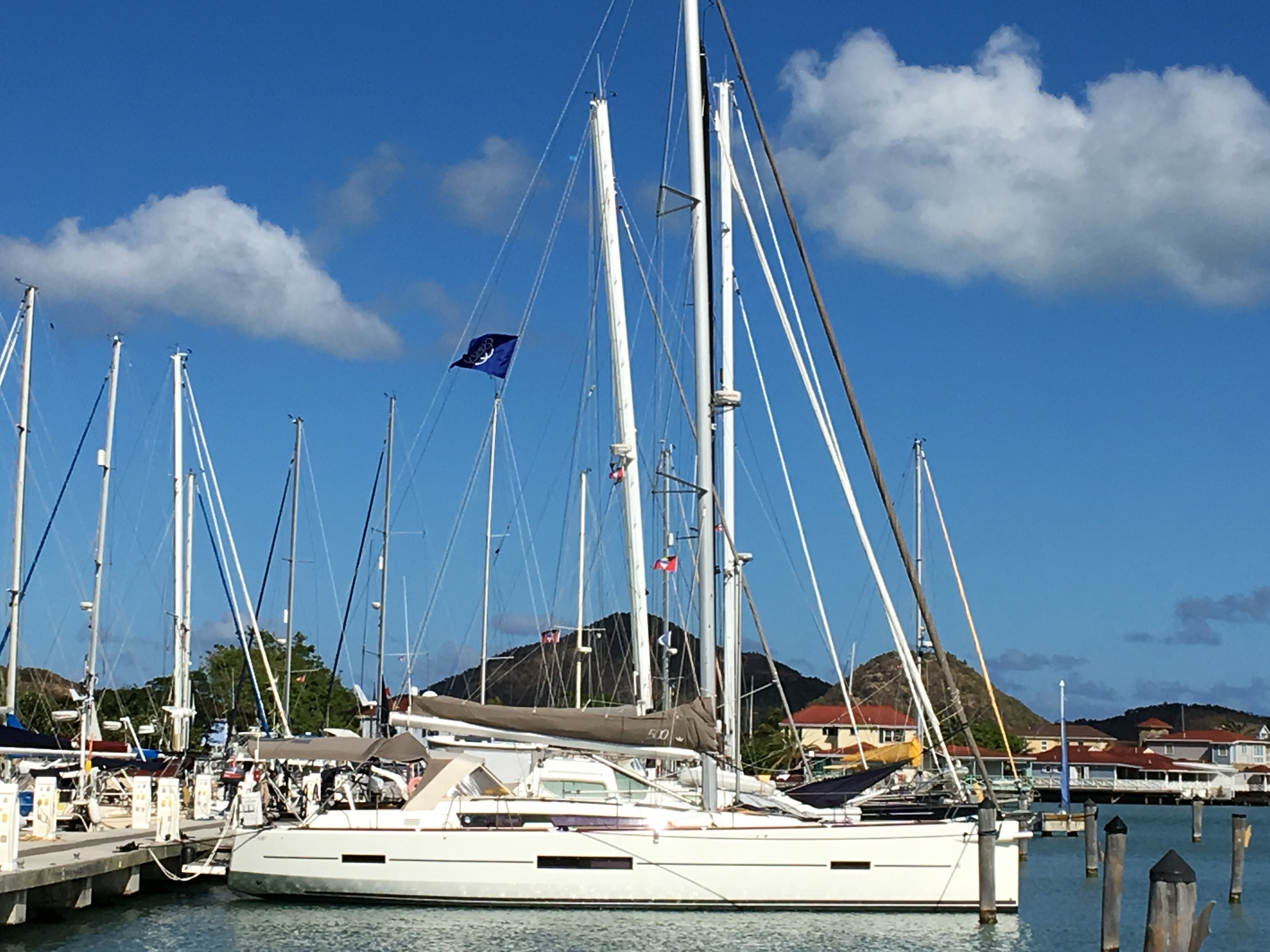 To the docks for Madame Geneva it was. Our period of making our own water was to be put on hold. We needed a safe place for me to stay with the kids while Justin flew to New York for work. The kids asked, “Why does Daddy need to go to New York?”  I responded, “Contrary to what you think: Daddy isn’t always playing golf on the phone…he is working as well.”  To which Quinn replied, “Actually, he really is just playing golf, Mom.”

Meanwhile, our friends from s/v Kestrel showed up in Jolly Harbour much to everyone’s delight. The kids spent much of their time playing with these guys, when they weren’t busy with school or driving me crazy. My patience wears a bit thin at times…and this period was one of them.

Partly, there was work I needed to do. And while I can work in most of what I do throughout my day, allocating time in a way that suits all parties, occasionally I am called upon to focus my energy on others’ schedules. And with Justin absent, my day simply seemed too short and my responses got to be that way as well.  And partly, sometimes you just need to stand on the side of the road or the harbour or something like that.

But alas, Justin returned, work normalcy settled in and I shook my funk. We managed to take the kids to a nature park on the far side of the island and even  to a cricket match!  The bus rides were hilarious…there is always room for one more. 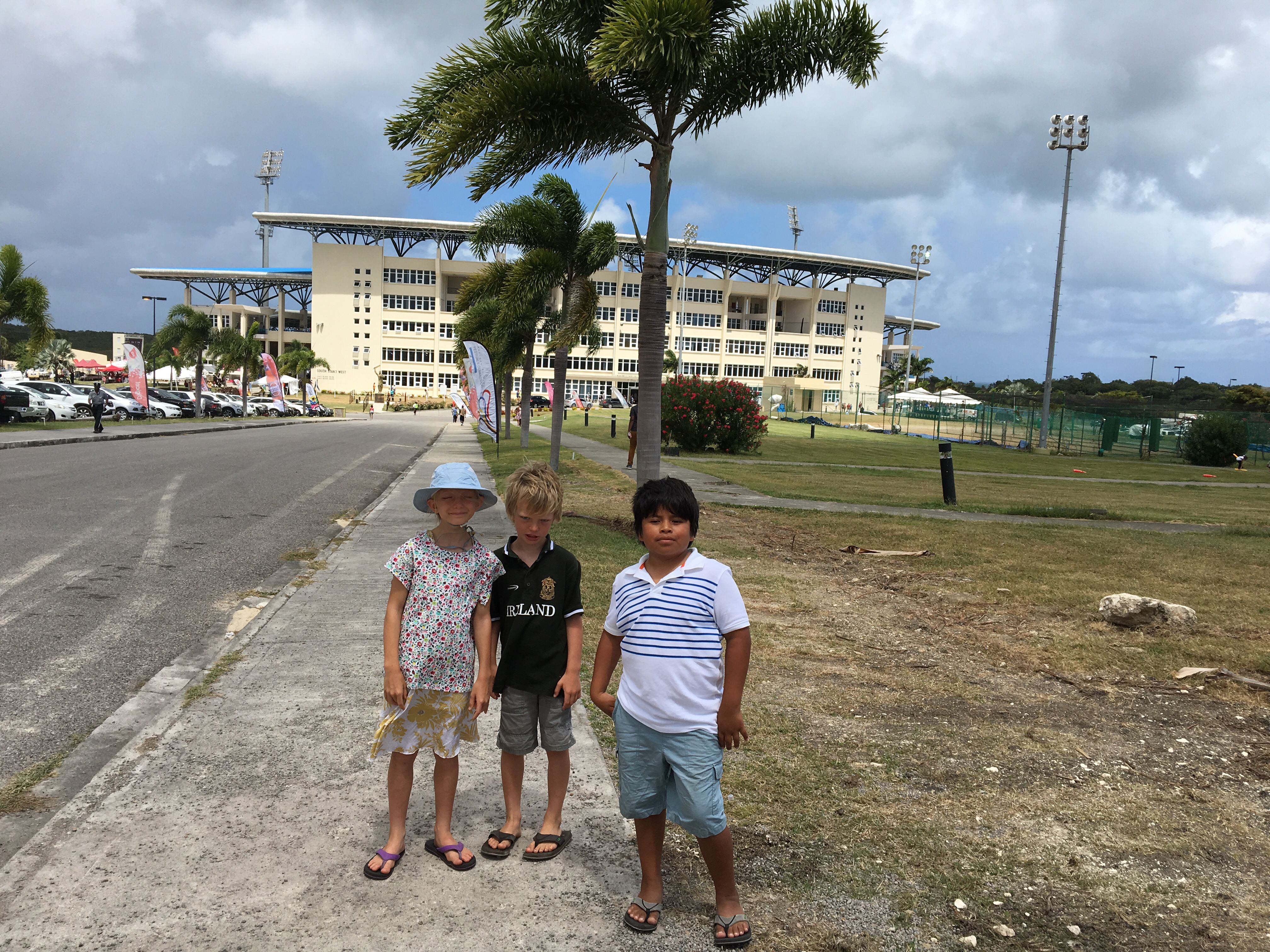 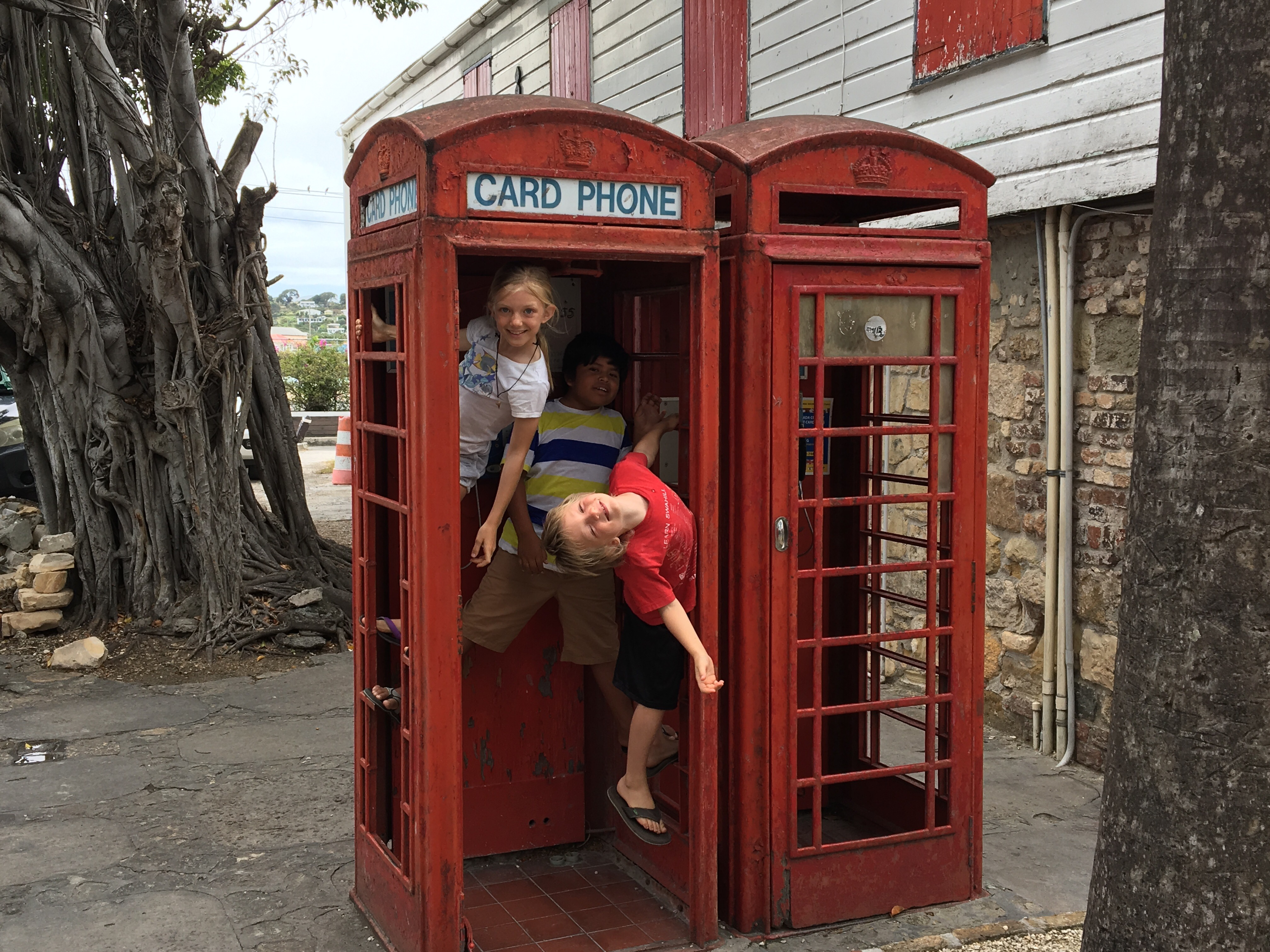 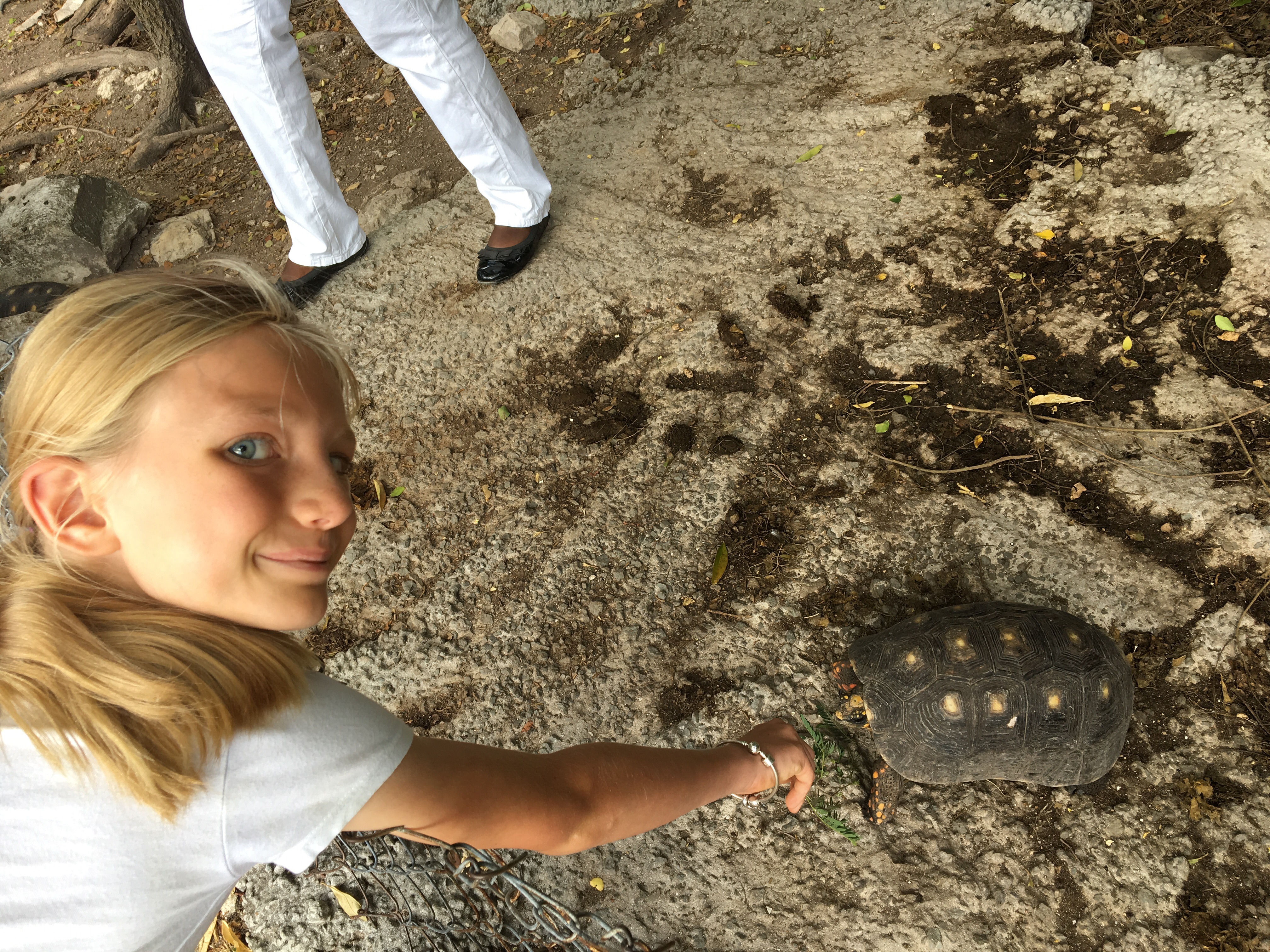 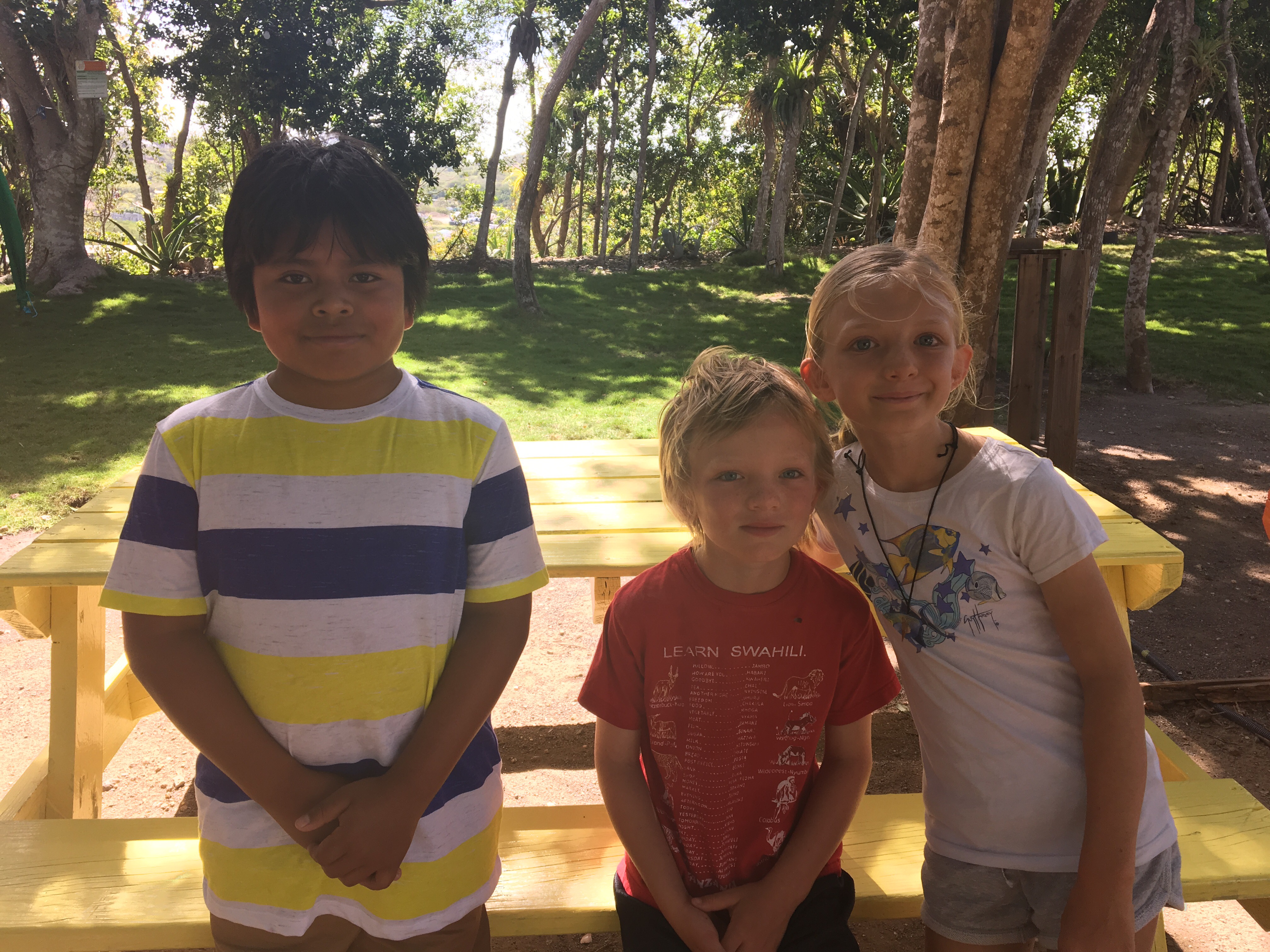 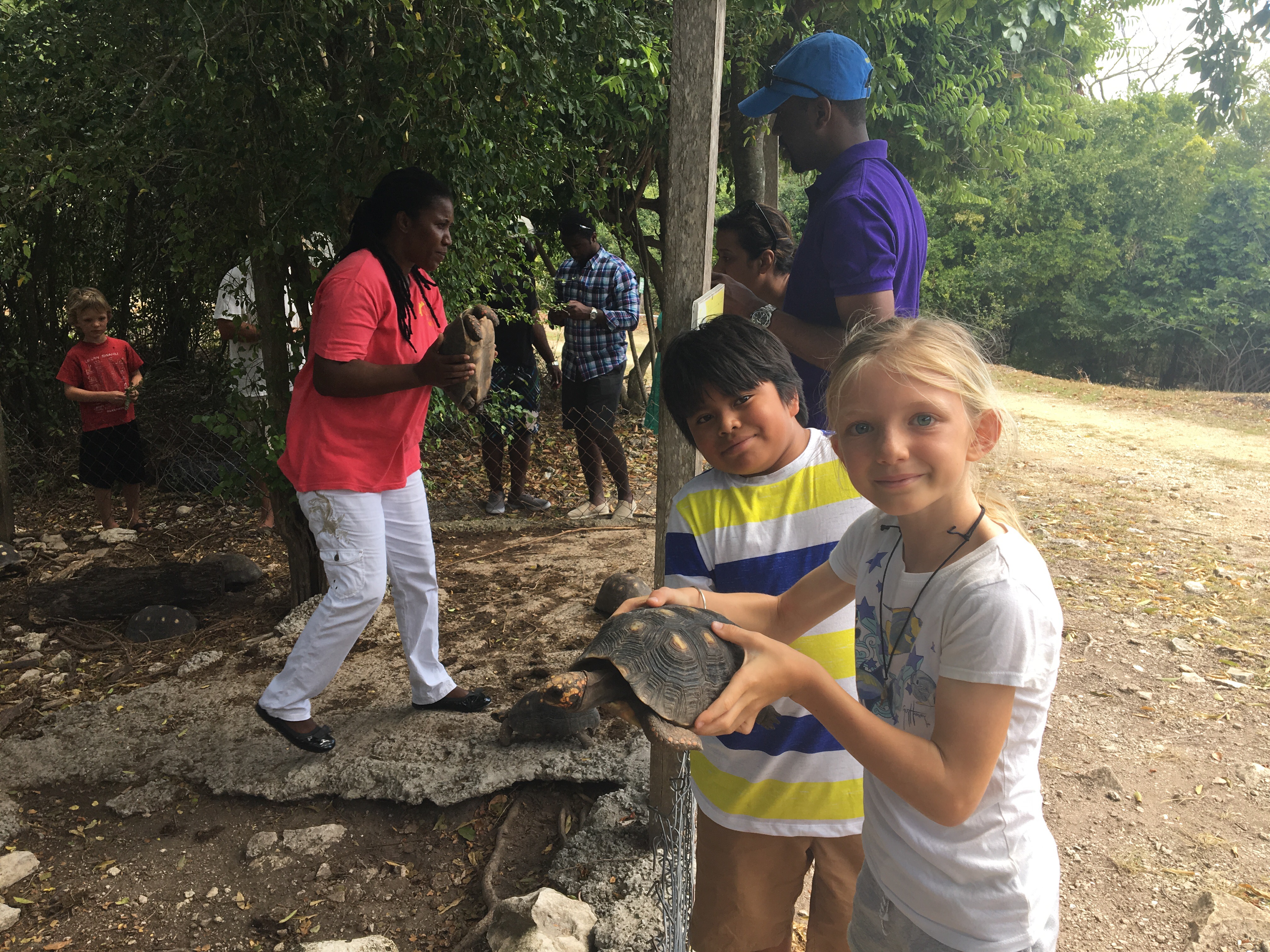 We left Jolly Harbour on Monday morning to see about the south side of the island. Winds were supposed to be picking up and we thought the north side perhaps a bit uncomfortable in that. We also are still having issues with our refrigeration so figured a more accessible harbor would be beneficial.

We snuck through Goathead Channel, a narrow pass at times 60′ deep, with reefs creating whitewater on one side and a rocky coastline on the other. We sailed along until we had to drop sails as we turned into the wind. The swell was a bit choppy. The kids found their way to the bow, where they screeched at getting waves tossed over them as the captain grinned. 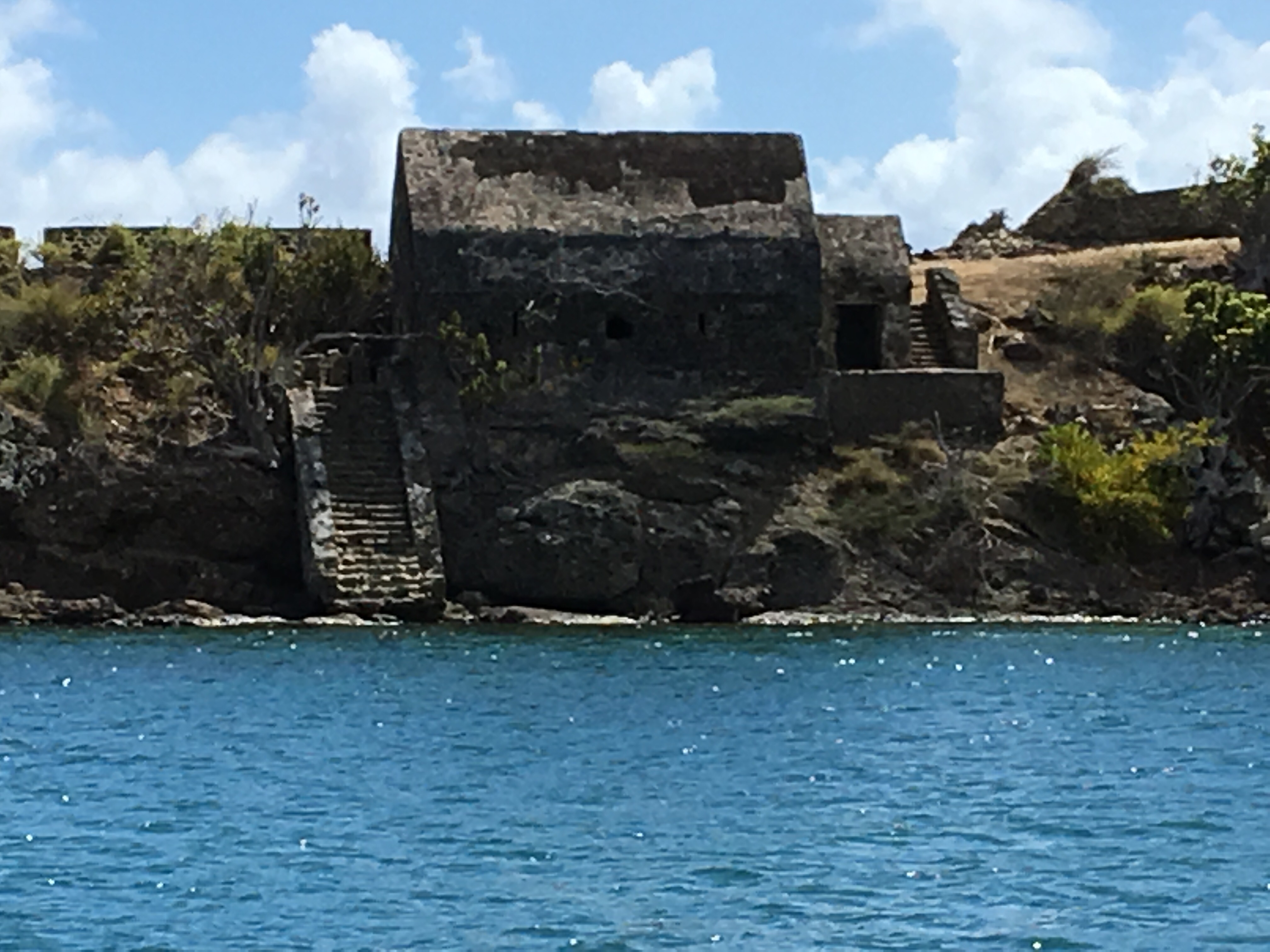 English Harbour was a fun day and an extremely uncomfortable night. The anchorage was so tight with boats of varying sizes that as the wind died and began anew, the swirling boats were simply too close. Dinghies and fenders were tied alongside many of the boats and we found ourselves in the cockpit for most of the night until a particularity fierce rainstorm stayed the fight and we retired restlessly down below. 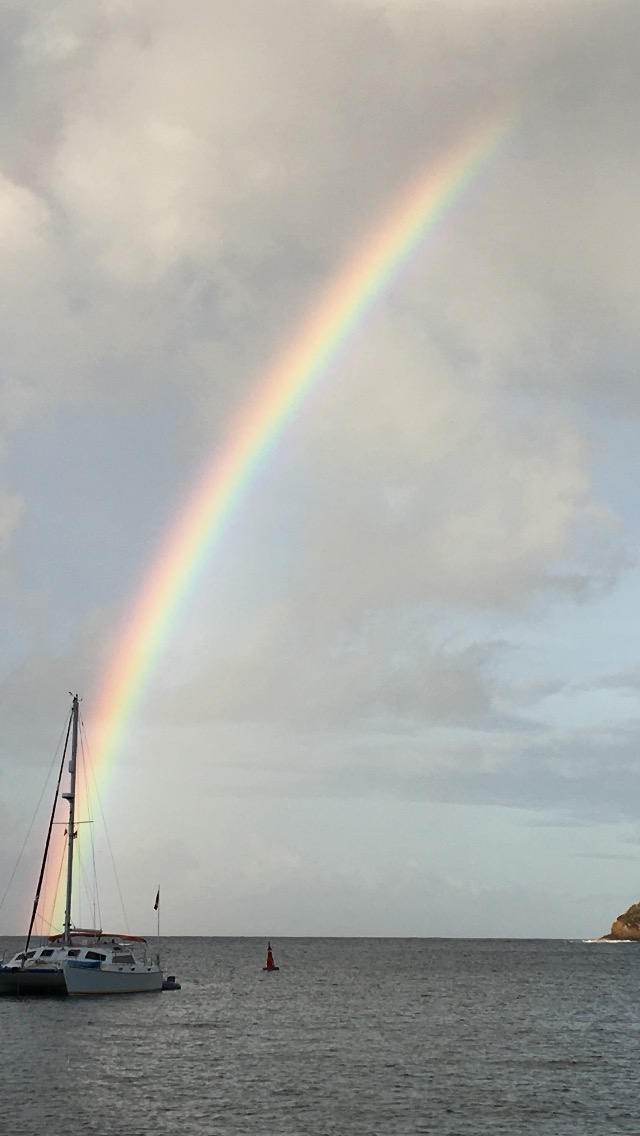 At dawn, we raised the anchor and set off for the distant (just kidding) Falmouth Harbour. We found a mooring just outside from Antigua Yacht Club. Better timing could not have been made. The winds are angry, my friends. The rain comes often but with short delivery. Whitecaps are now finding their way through. But all is wildly pleasant. It is quite a thing to be securely tied and have the weather so mightily around.

Stay tuned and much love.