We had an idea to walk up a mountain. At the time we did not know how tiring it would be. It was a long walk with many views along the way, and mountain around us. The walk was about 1 hour thirty minutes, I think. Anyways we were trying to get to the Tito’s caves by FOOT. (We had Mom’s and Dad’s friends our next-door neighbors Brandon and Lisa walking up with us, but they ended up going back down the mountain when we got in the taxi). It would be a extra mile and a half if we did not take a taxi (but we did) so once we got there (from the taxi) it was only up some steps. There were big spiders in their webs catching flies and looking for food. We got to the Tito’s caves and they had walls of stone around them. Here is a picture of Gherty and me sitting in a cave. 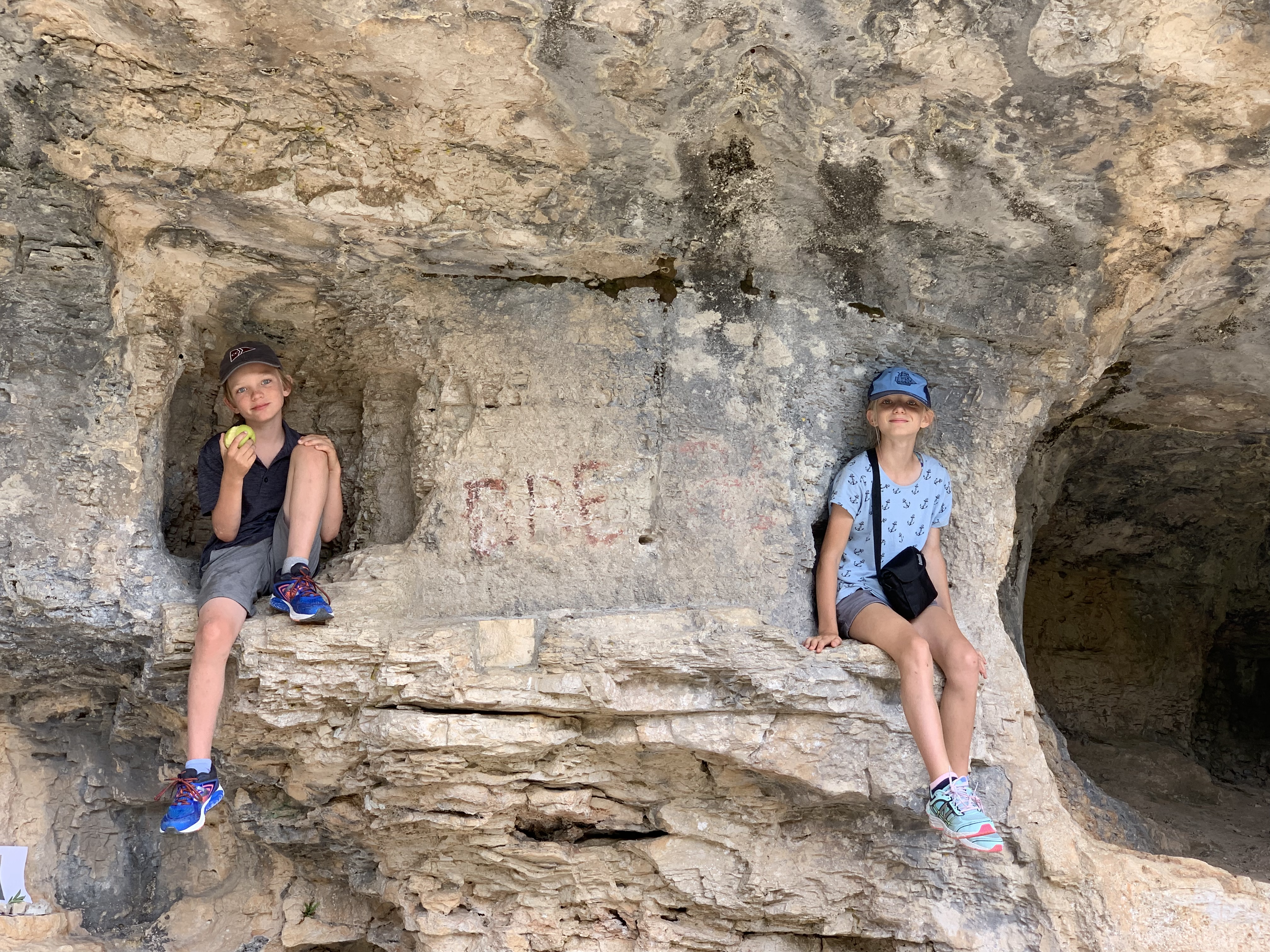 Anyways, the spiders were really cool, they were called Ozyptila spiders (I think). Once we were done with the caves we came to a little church building at the highest point on the island and ate a snack we packed there. Right before we started down the path we ran into a tour guide (not literally) and he said to Dad, “Make sure your children stay on the path,” and Dad said “I know, because of the cliffs, right,” and the guy said “No, because of the landmines.” So we spent the hike down worrying about landmines. The hike was about four miles long and we were all scared because of the landmines.

Once we got back down we had to find a conspicuous place (Dad’s words) to have a snack (we had chicken wok) at a restaurant. Fun Fact #1: it looked like kindergarten at the restaurant because of the chair colors (Blue, Green, Red, and Yellow). In the middle of the meal we found Brandon and Lisa, then finished the meal and went back to the boat.

Last blog this trip! Stay Tuned for next trip!