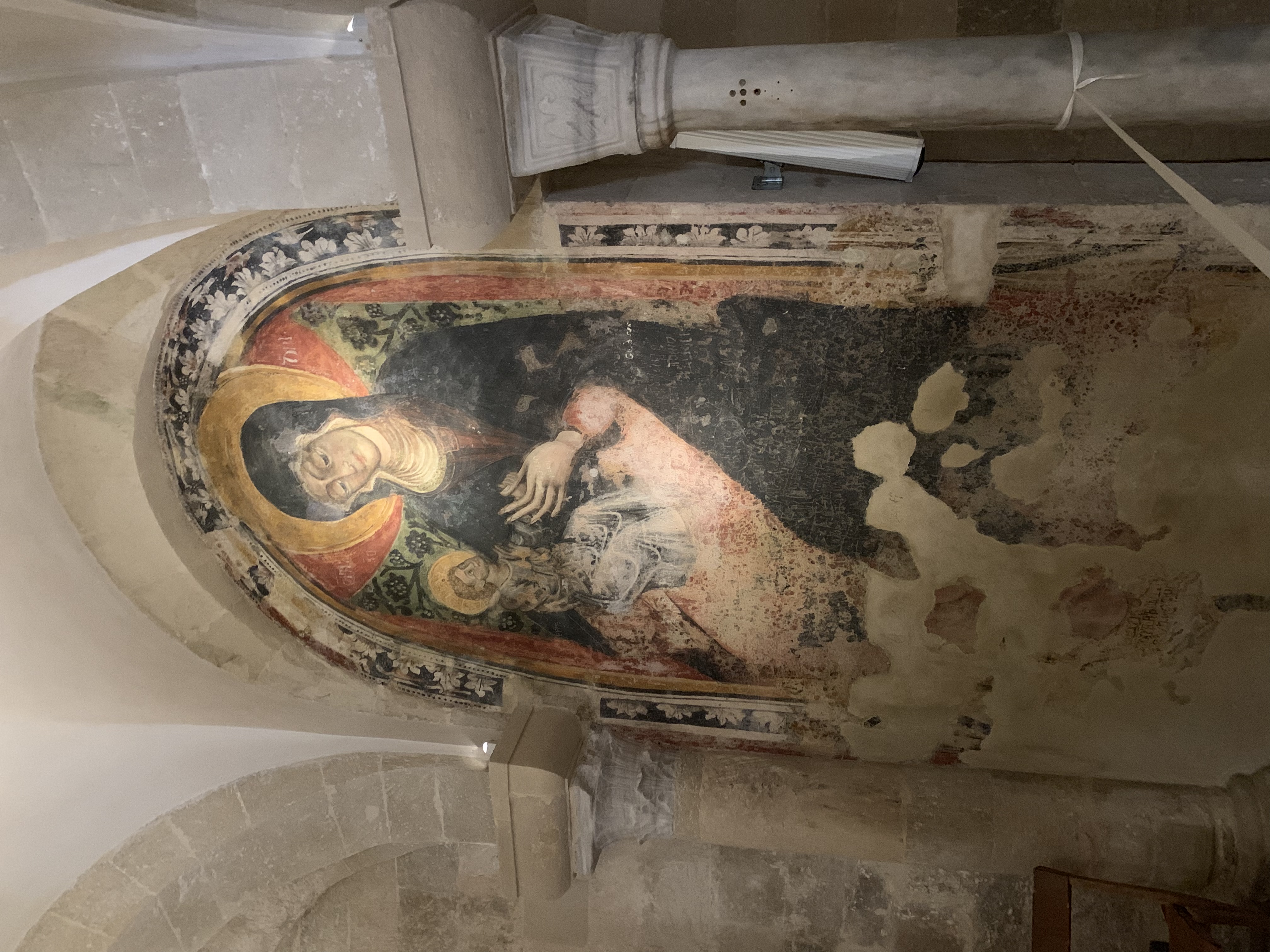 We awoke early Monday morning to the violent slamming of the v-berth door.  All thought flattened, compressed and buried, and we sat up to the roll of the waves on the beam.  5:15 am and somehow daylight.  The last nights at anchor in Otranto had been mast moving and stern presenting but still somehow lulling.  But now, with the daybreak upon us and an errant horn blast from nearby, we figured we should get moving.  In the cockpit, we found the source of the horn:  a neighboring sailboat once again had lost its hold and was fast approaching another boat.  Engines on, arms waving, voices spirited, and the whine and crank of a windlass confirmed our early departure design. 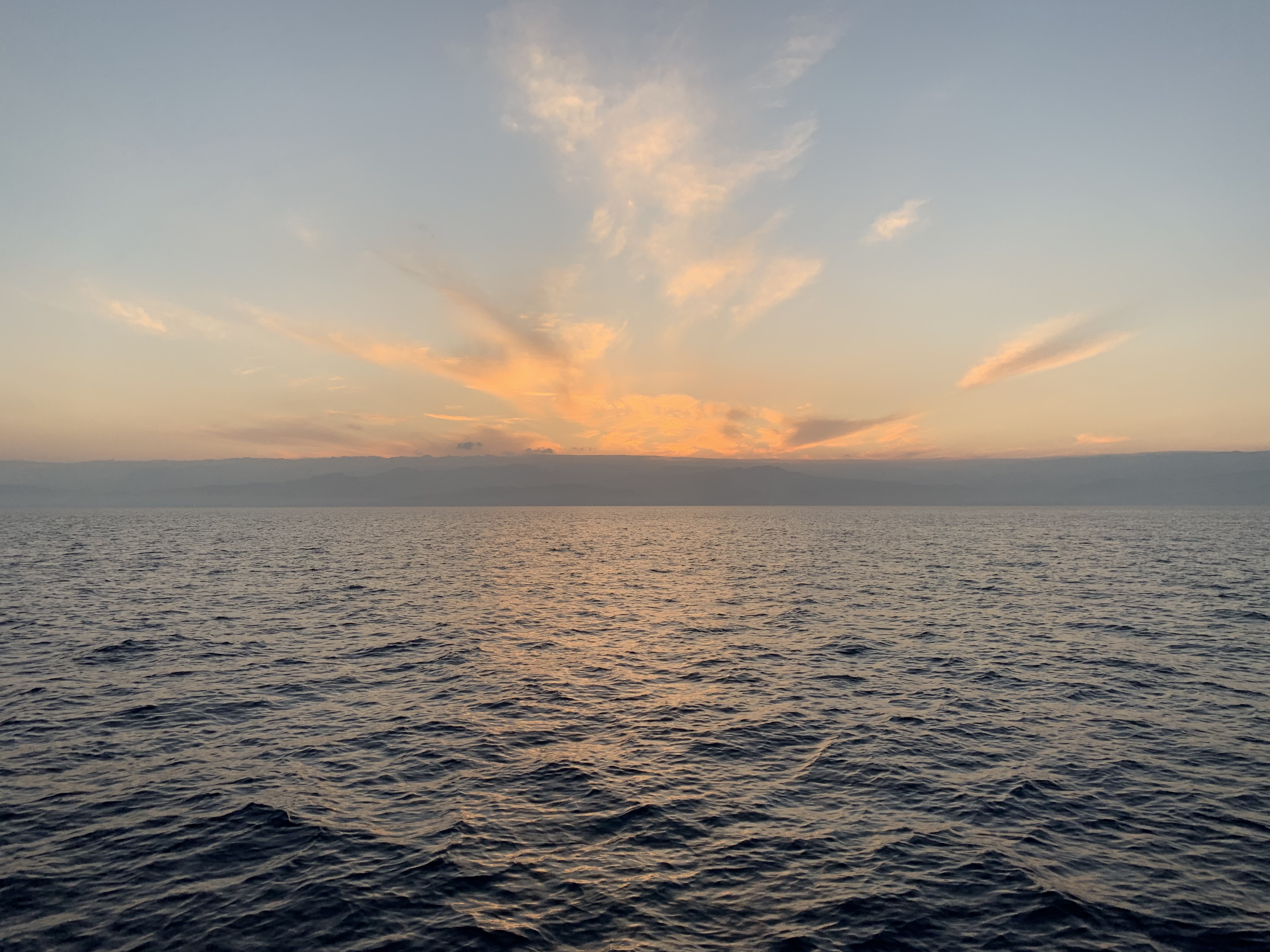 We played the day right.  Boiled water for our coffee while we brushed teeth and checked electronics.  We needed only to hoist the dinghy and its engine aboard.  We counted the waves and waited the lull.  Justin unloaded the dinghy of its seat, gas, lock and line.  I received all at the transom, keeping the dinghy close but watching the waves and shoving off with any swell that would send the little boat under the big boat.  So many moments of this ‘yachting’ are consumed with the anticipation of miniscule periods of time.  To get the engine of the dinghy onto Madame Geneva takes a calm, beatific pause.  Steadying the beam of the inflatable to the descended transom requires the assistant to sit with feet on the dinghy while being at the ready to receive a 50 lb engine from the captain.  It just ain’t easy.

The ‘hard’ part done, we moved to getting the dinghy itself onboard.  Justin attached the spin halyard so I could hoist (literally wrap the line around the winch and press a button…not exactly the most difficult part).  Boat lowered back on deck, I moved to join the captain on the bow to flip the boat for the most aerodynamic ride.  I held the bow of the tender and on the count of three (how arbitrary is that, by the way?!), we flipped.  And the wind grabbed the small boat for a sail and took me on a ride. I came down with my right leg crumbling beneath me as my left leg slipped between the life lines and the beam of Madame Geneva.  The pain took my breath.  We verified that I did not in fact break my leg and carried on with our departure.

After many days of still air, we found breeze.  On the nose.  The water was small waved and short in set, exactly the kind of pattern that our fair lady despises.  Autopilot was quickly overruled for some hand steering in order to avoid the harsh slamming of the bow.  We had only 40 miles to Brindisi, our point of departure from Italy.  We were doing the Schengan dance, bow out of the EU or else be stamped with “Illegal Immigrant” on passports with a five-year ban.  Not exactly an option.

Three hours later we were still banging up the coast, and only ten miles along.  Green was the crew when we went dark.  The house bank of batteries shut down and we had no electronics.  No charts, no depth, no autopilot…nothing. [captains note: the banging was rather harsh but not unprecedented. In an extremely rare, I’d say freak, instance the house battery isolator housing shattered leaving no connections between our battery bank and everything DC we have come to depend on!] The only anchorages were exposed to the wind (and we had no windlass with the absence of battery).  The last marina was off our port, but had shallow depths outside of its jetties and we had no depth meter.  We decided to head in.

The bow thruster, now working, could not be controlled as (we suspected) the controller was powered by the house battery, not the forward battery.  This would prove to be an incorrect assumption (turned out that our controller had broken loose and was swimming in sea water in the bow but who was to know THAT?!) but regardless we had no bow thruster and were steaming into a skinny marina.  The bow is loose without a thruster.  She is a kitten responding to a sheep dog.  God love the captain.  My heart was faltering and his was in it.  Keel likely inches from bottom, Madame Geneva was pulled from the stern and we swung between two Med moored boats.

San Foca turned out to be quite the respite.   We rented a car and were able to clear out of Italy (even if it took two days, and had Justin in a sealed off room with no means of communicating).  We received a brand new marine stereo (thank you Fusion for honoring a questionable warranty!).  We jumped off of cliffs.  I was told I look five years younger and had the name of a movie star. 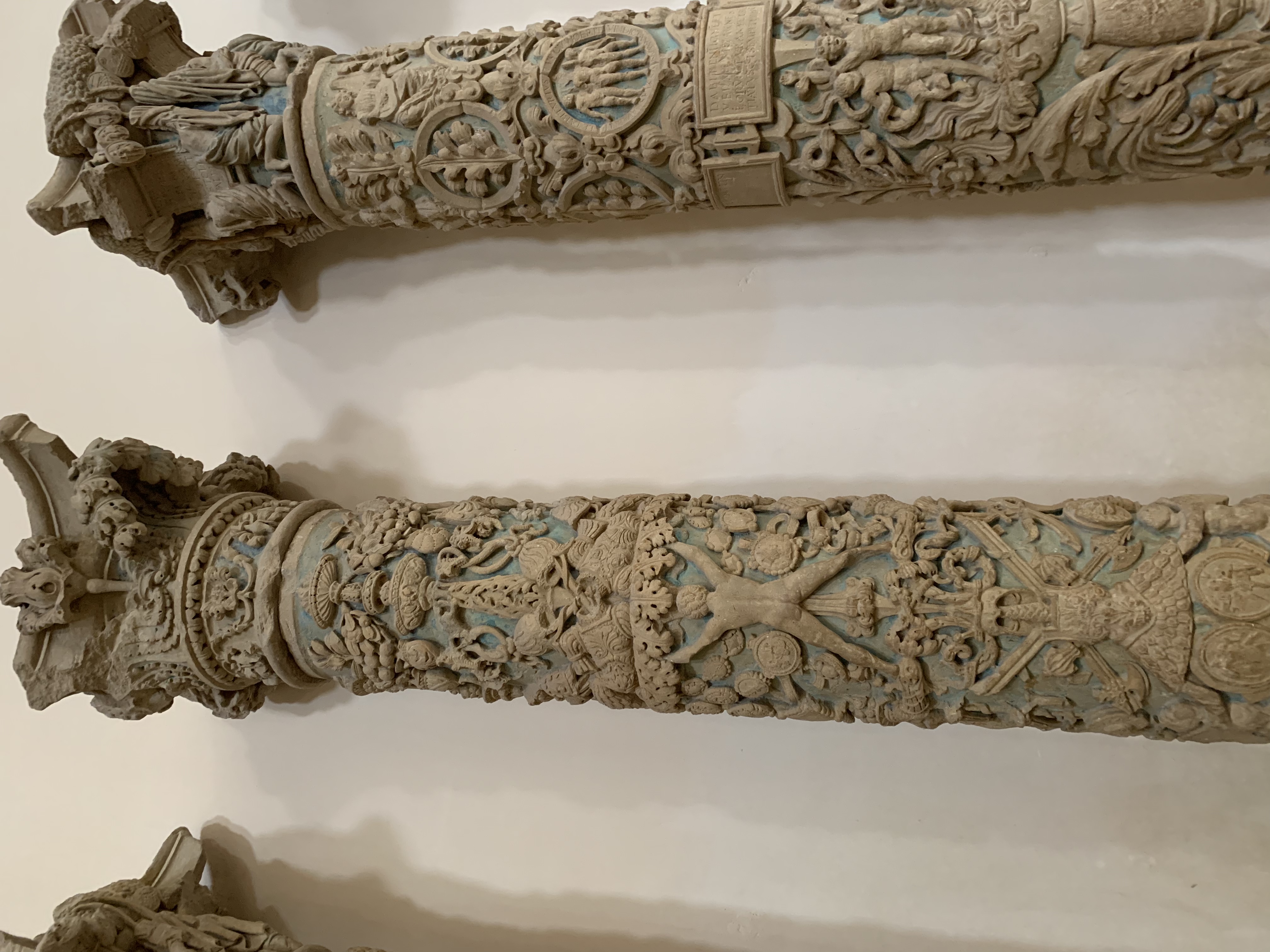 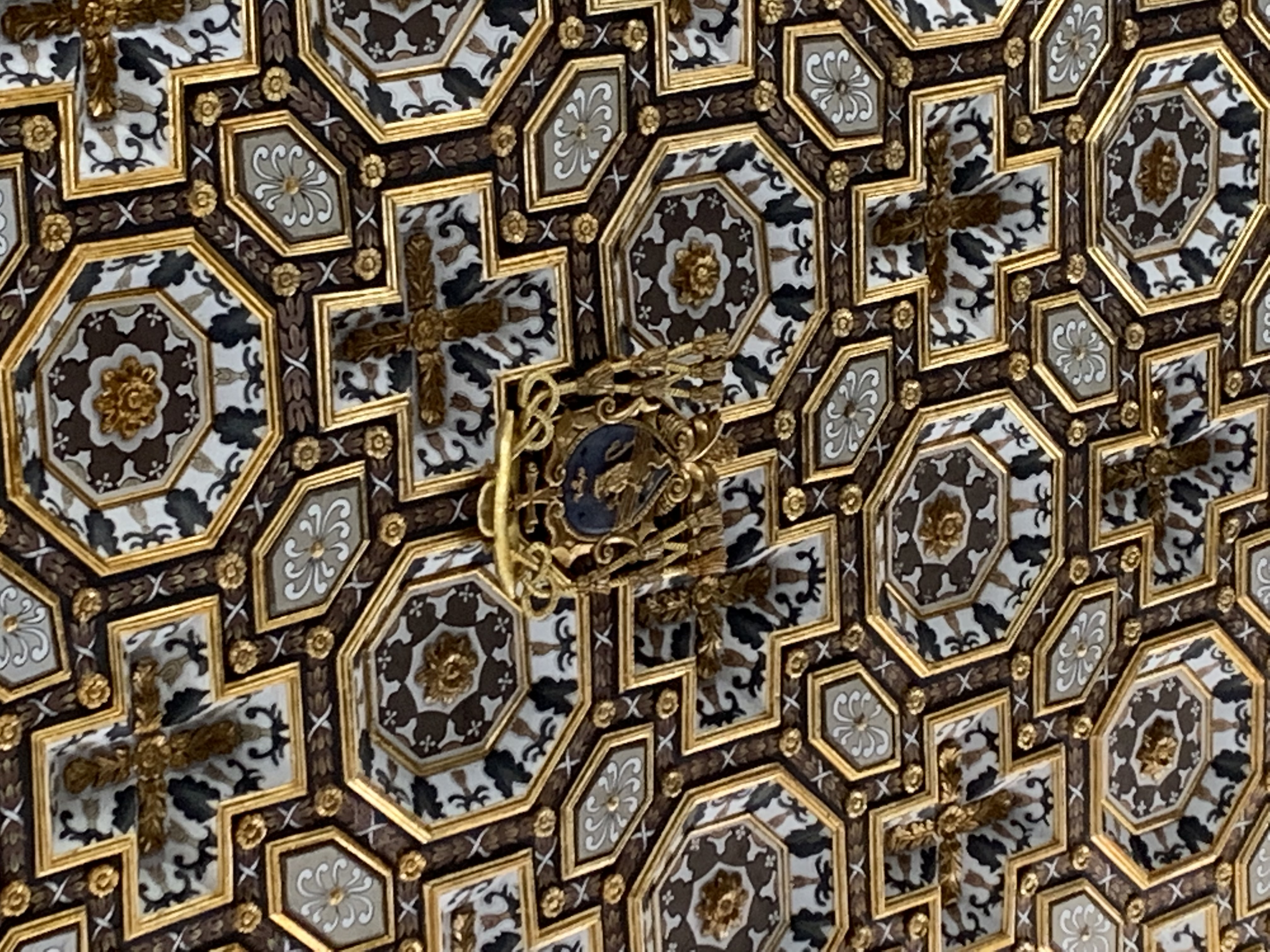 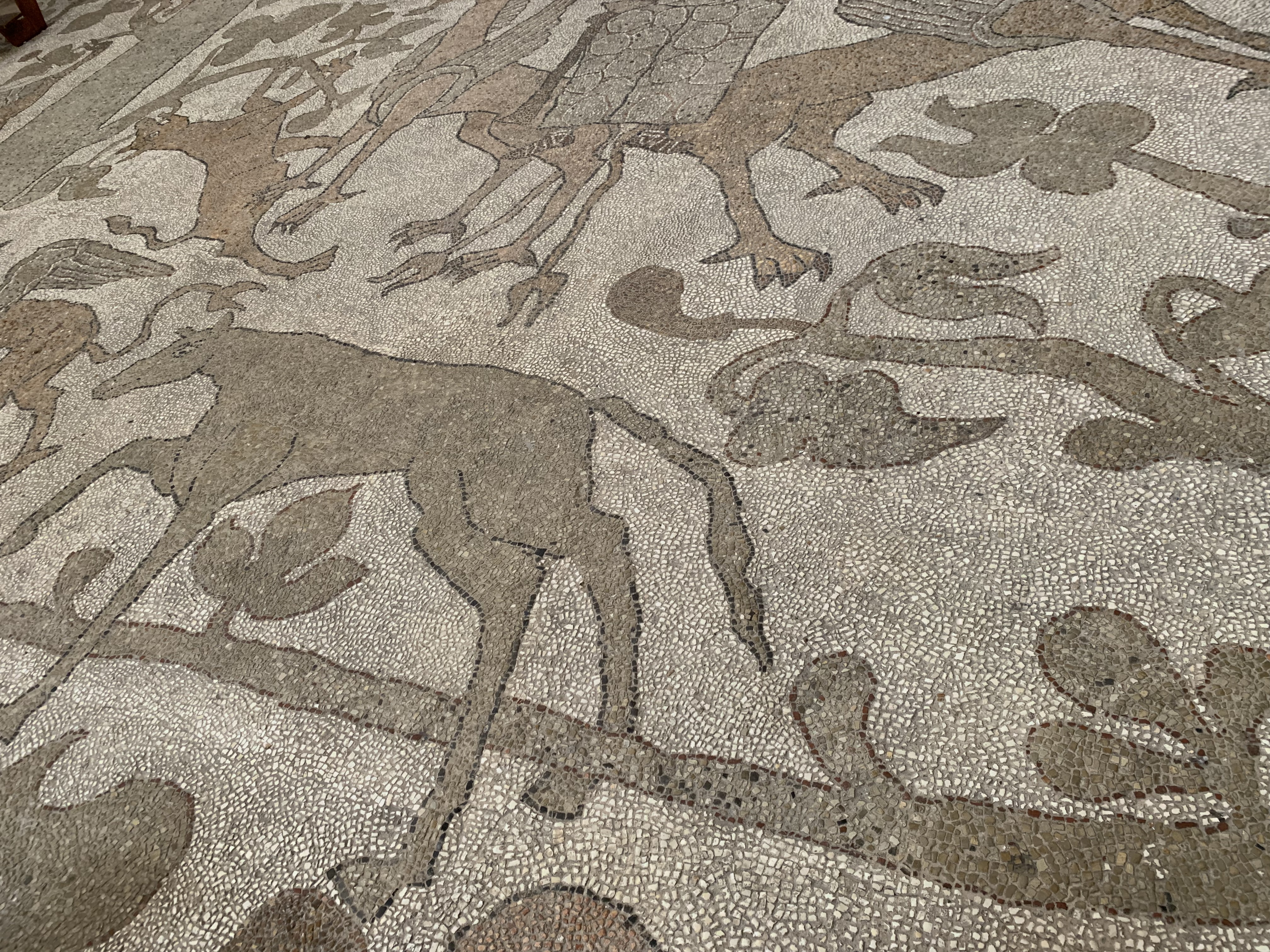 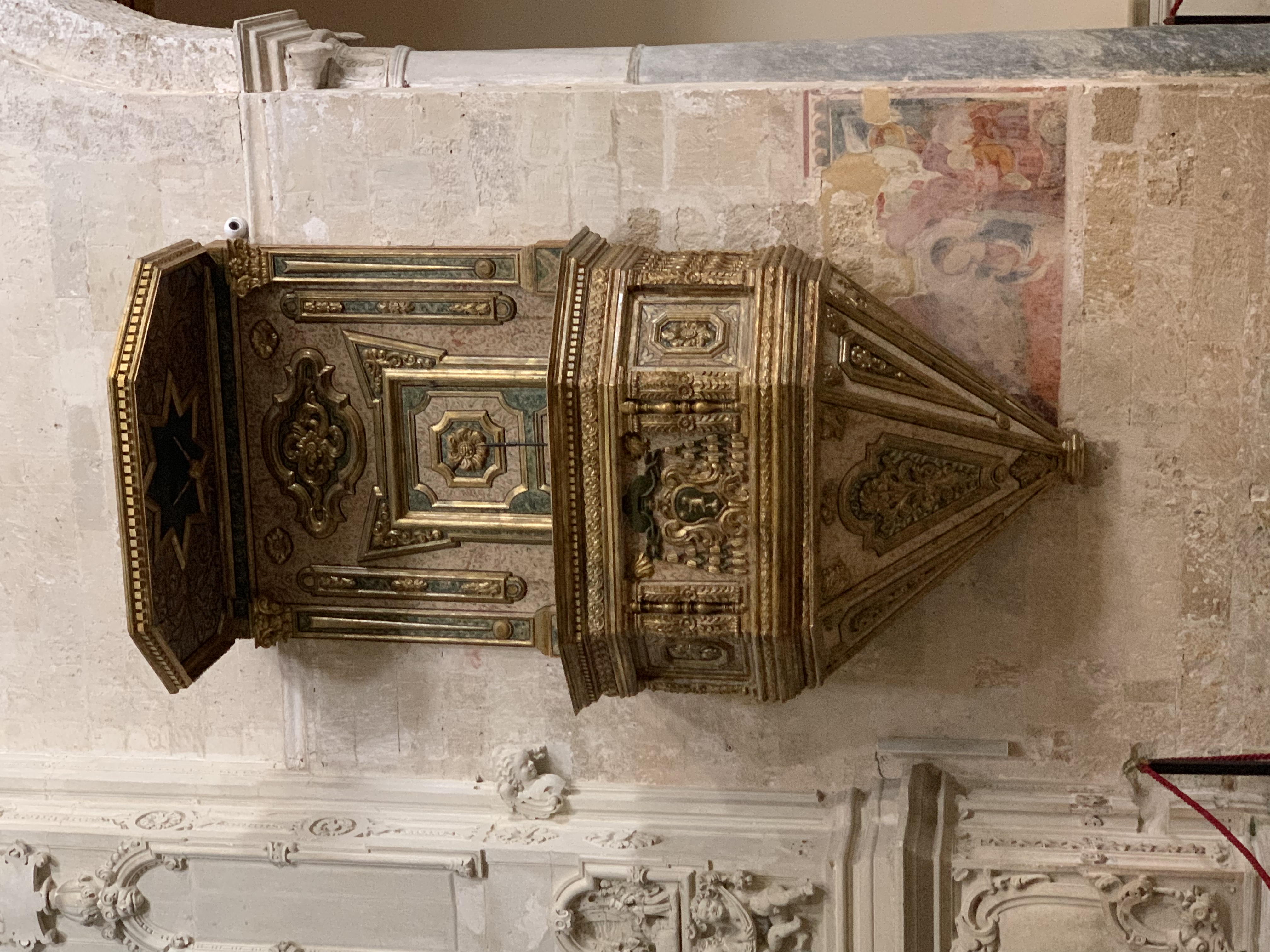 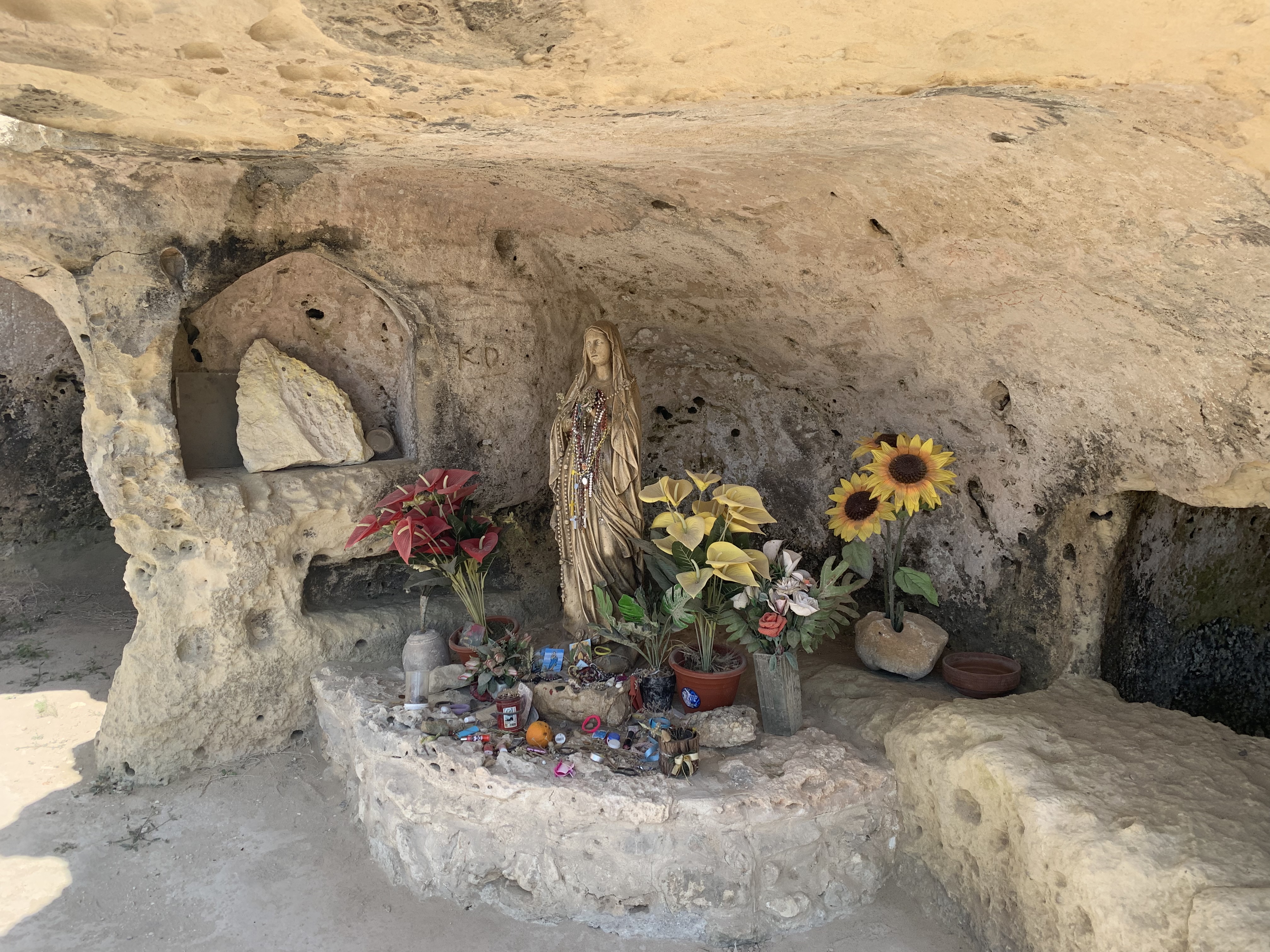 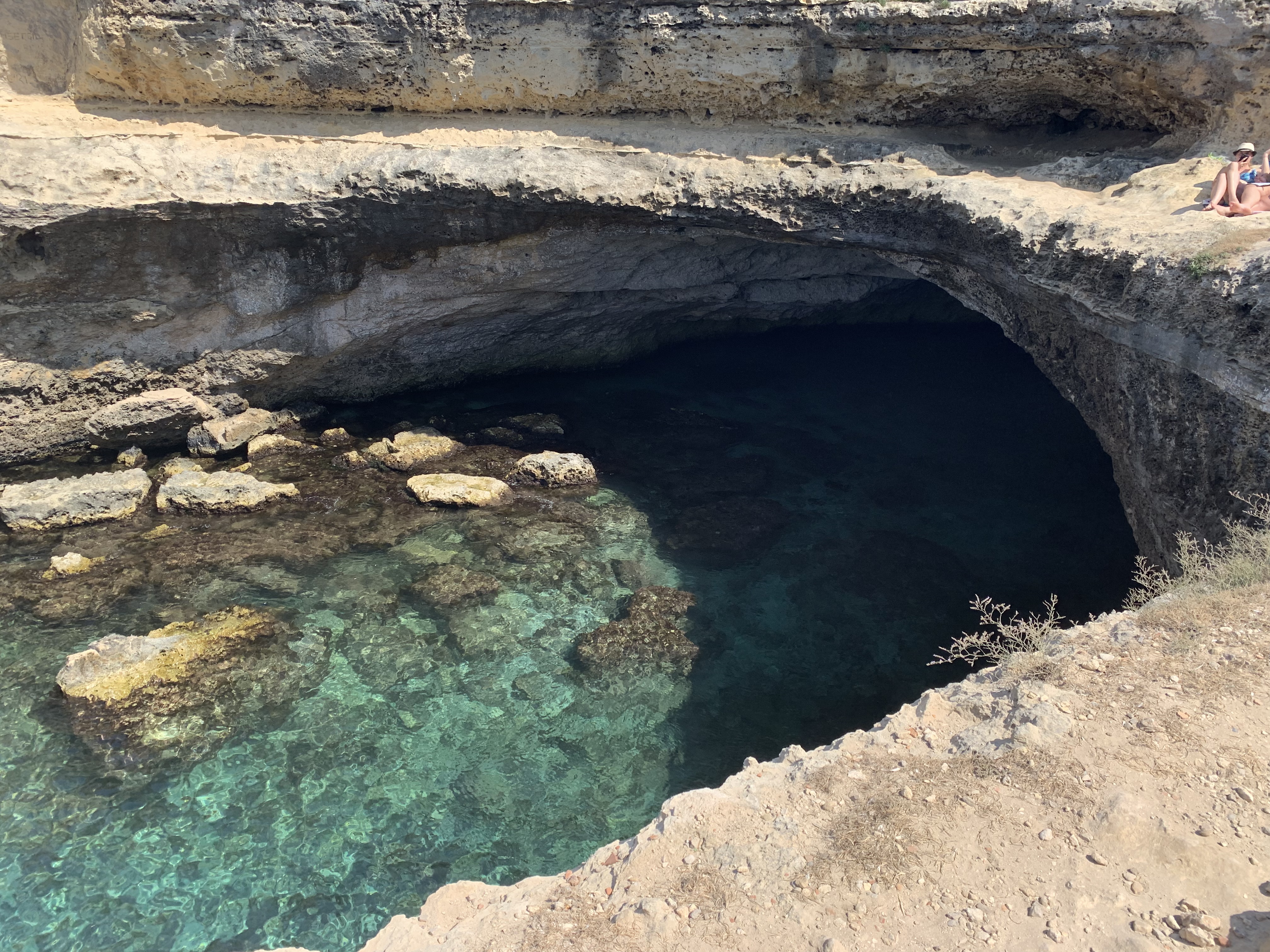 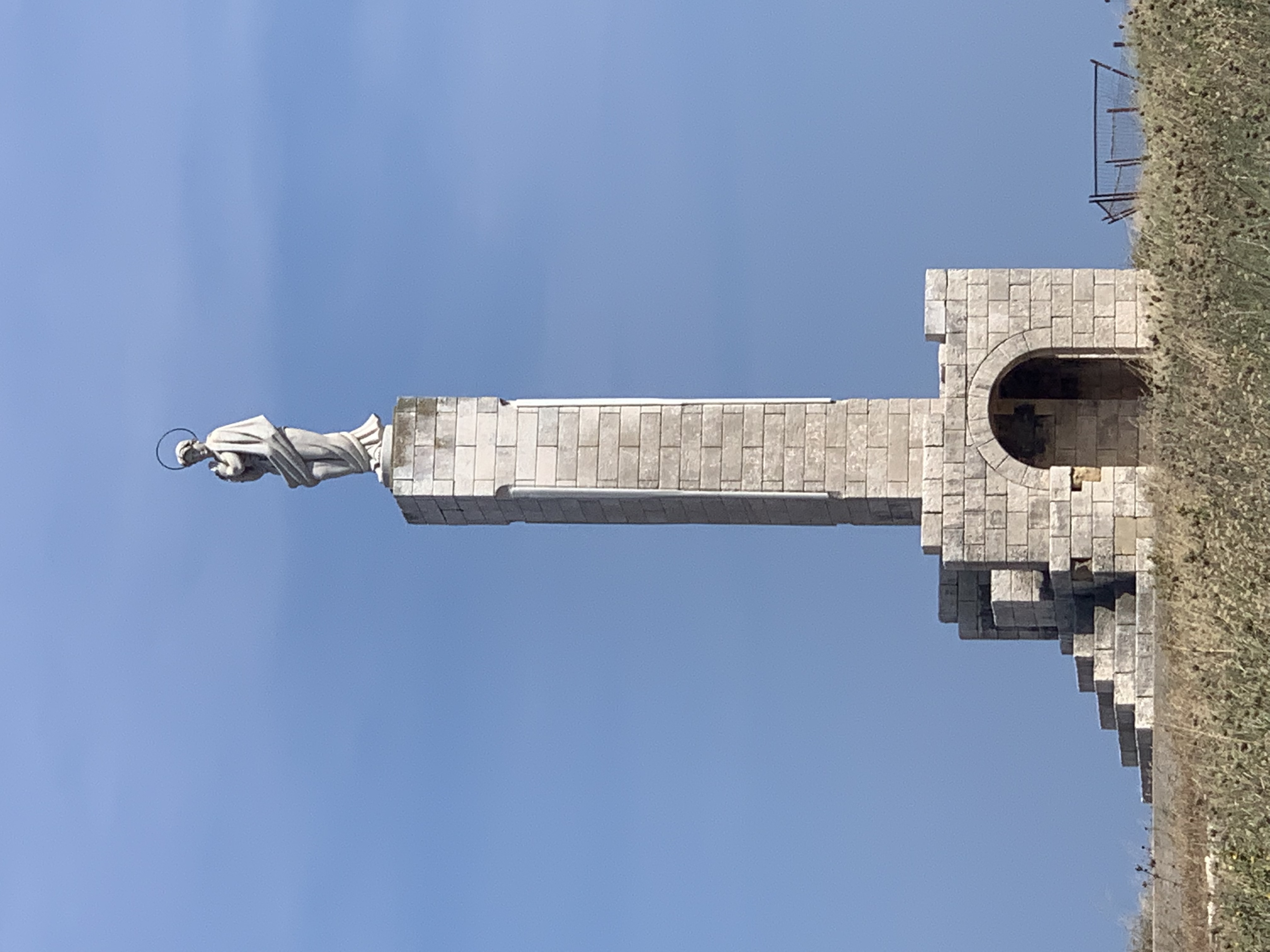 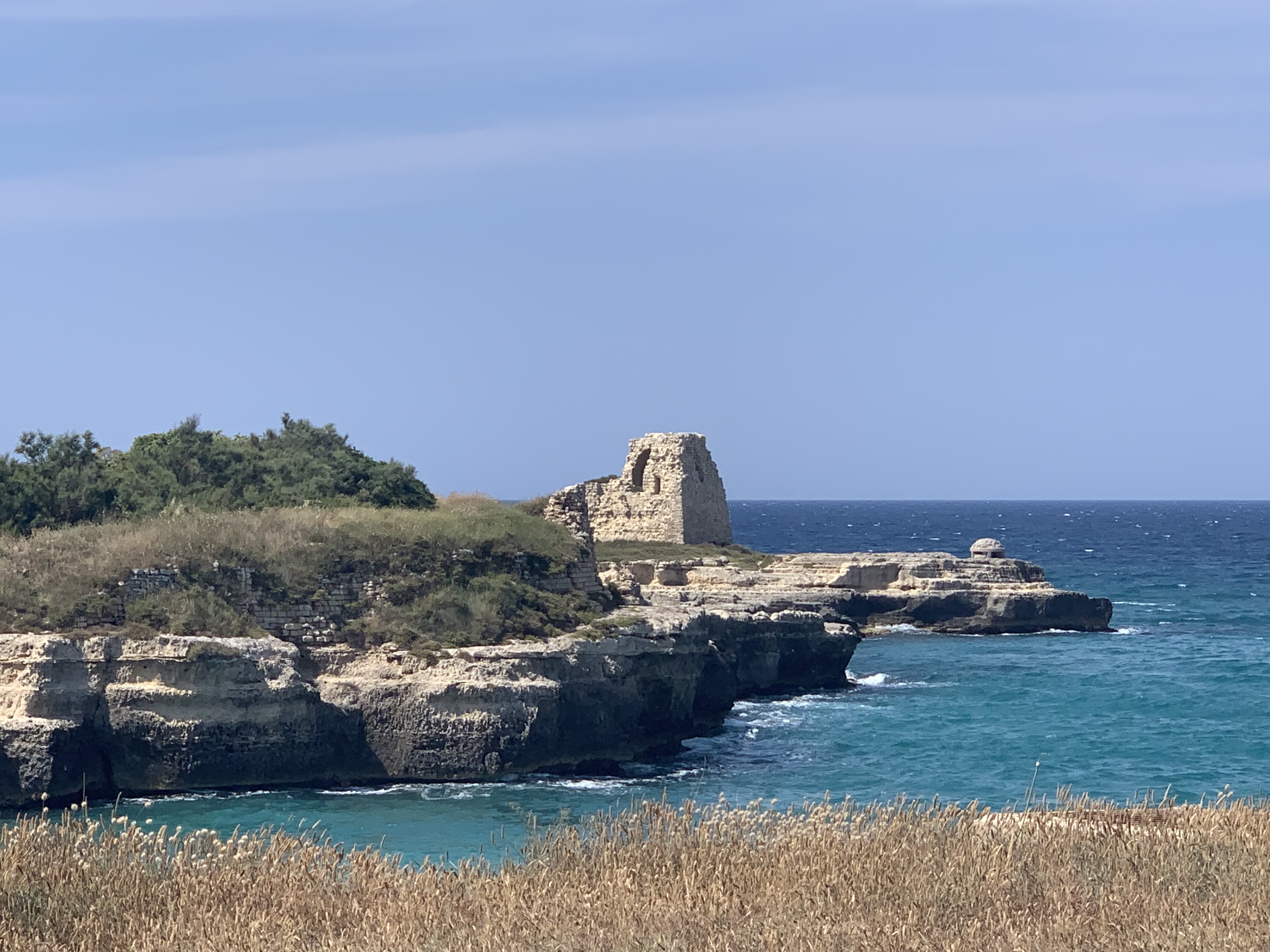 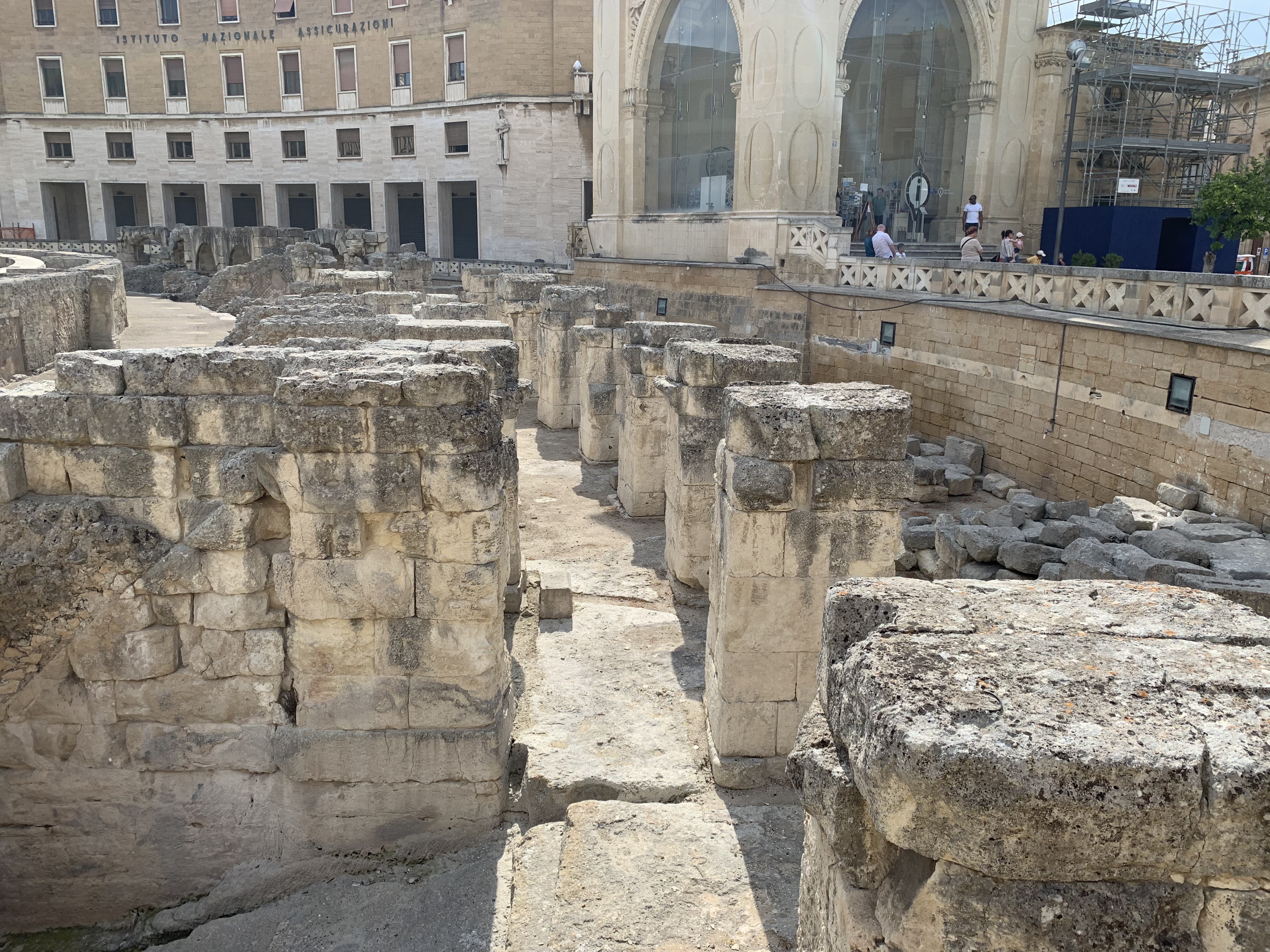 We had traveled from Malta to Syracusa and down along the tickle zone of Italy.  We were wary of the southern shores of Italy but we were weather indulged and anchored well.  We rented bikes and swam in the late days of preseason southern resorts.  We carried on to Otranto, which was a delight in design, shopping, food and wine (it helped too that there was literally a food & wine festival going on!).  We found street vendors of second-hand wares (or in my case a first-hand ware of vintage seventies designer glasses).  We found gelato.  We found restored frescoed ceilings in cathedrals with glassed walls of human remains (skulls and bones piled twenty foot high).

We found we could have cleared out of Otranto instead of Brindisi.

With all of this, one thing is clear:  without the obstacle, we have no idea the triumph.  Without our fouled approach to Brindisi, we would not have driven through the lower lands of the Italian boot.  We would not have seen the pale yellow fields interwoven with olive trees.  We would have missed the well stacked ruins in the farmlands.  We would not have found the steps to the Adriatic Sea.  We would not have realized you can pass a motor scooter alongside a car with oncoming traffic on a country road.

I do not know how many more beats my heart has but I know that each one now is strong.  And anyway, I look younger and have the name of a movie star.