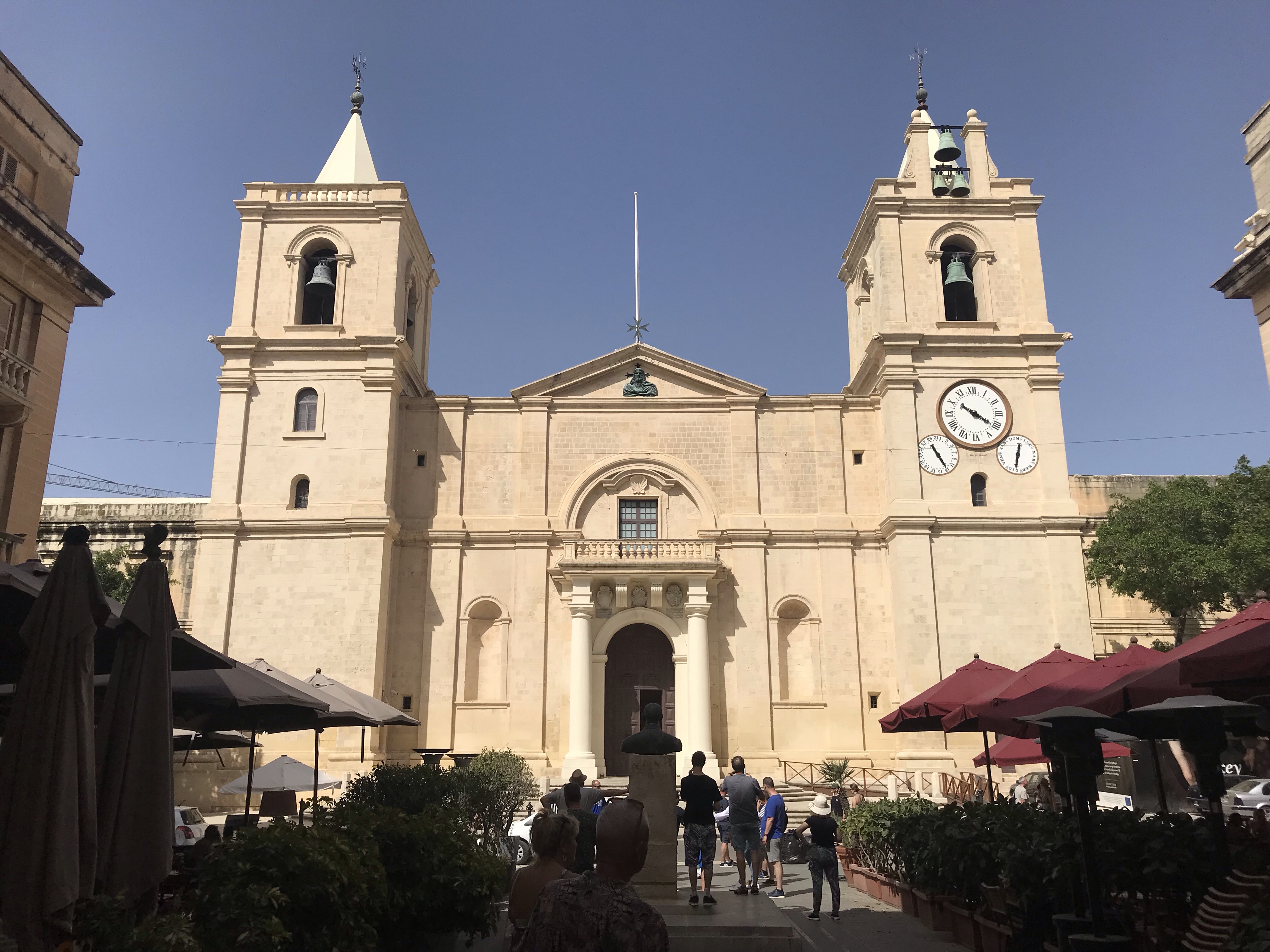 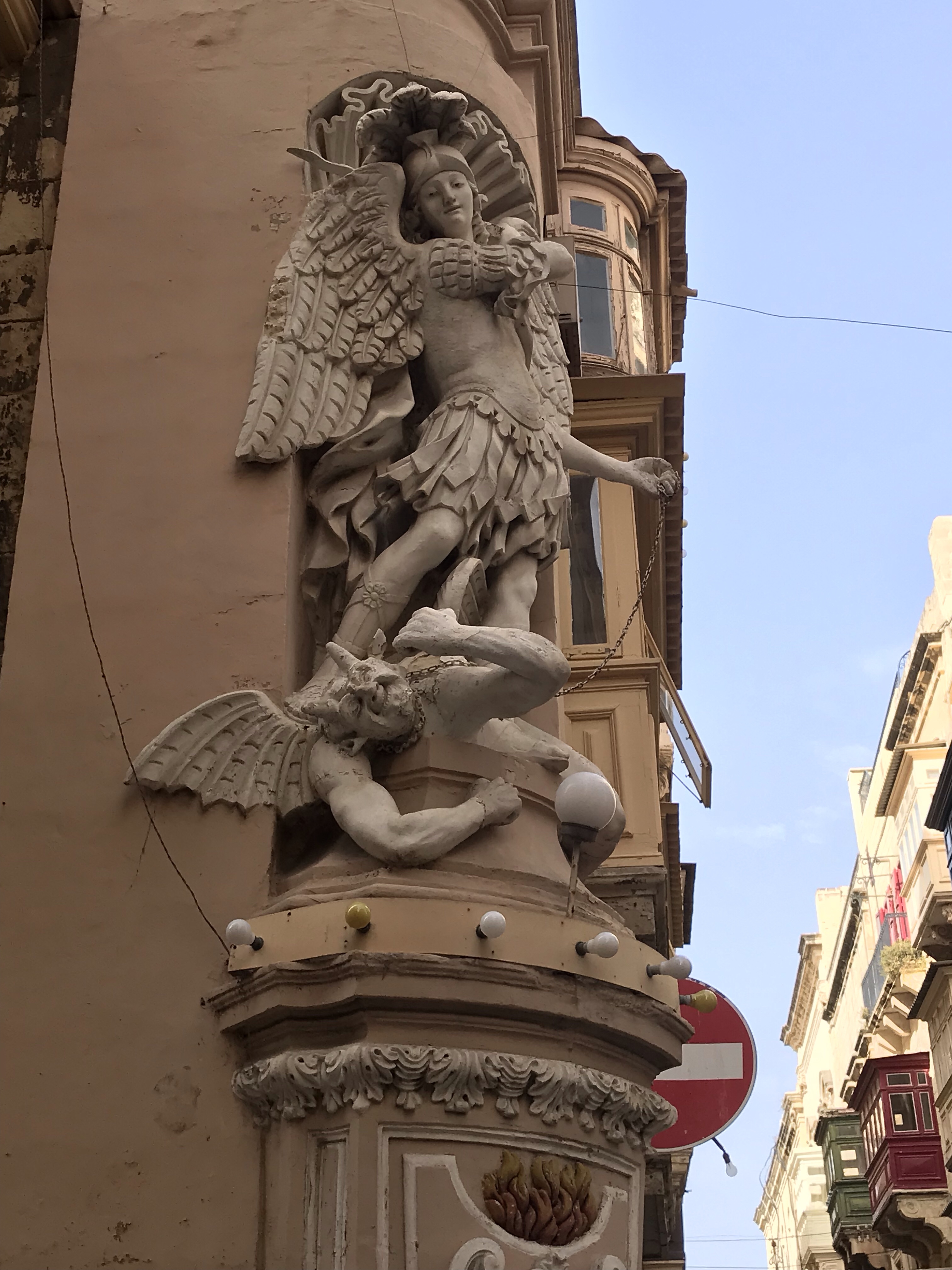 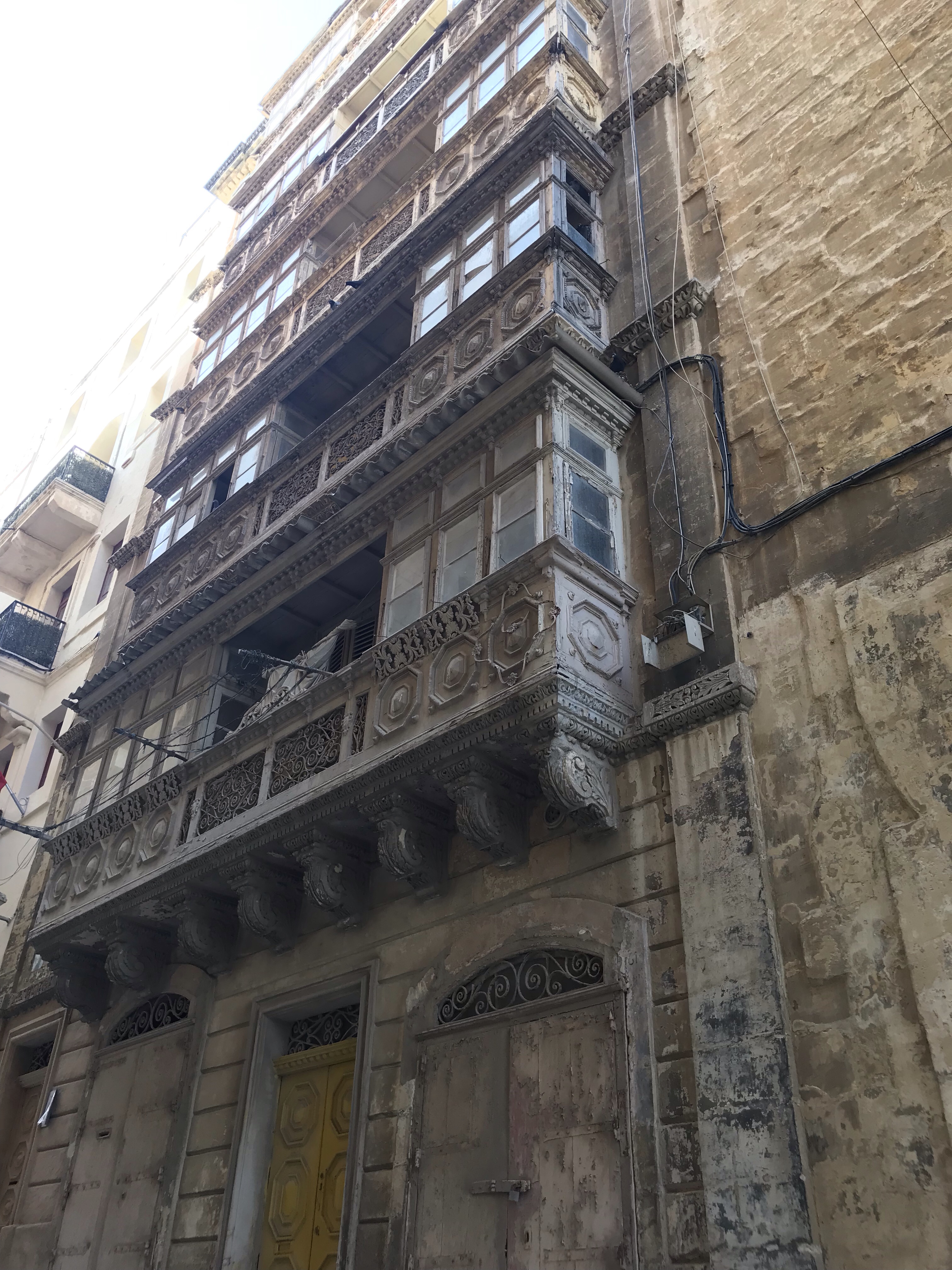 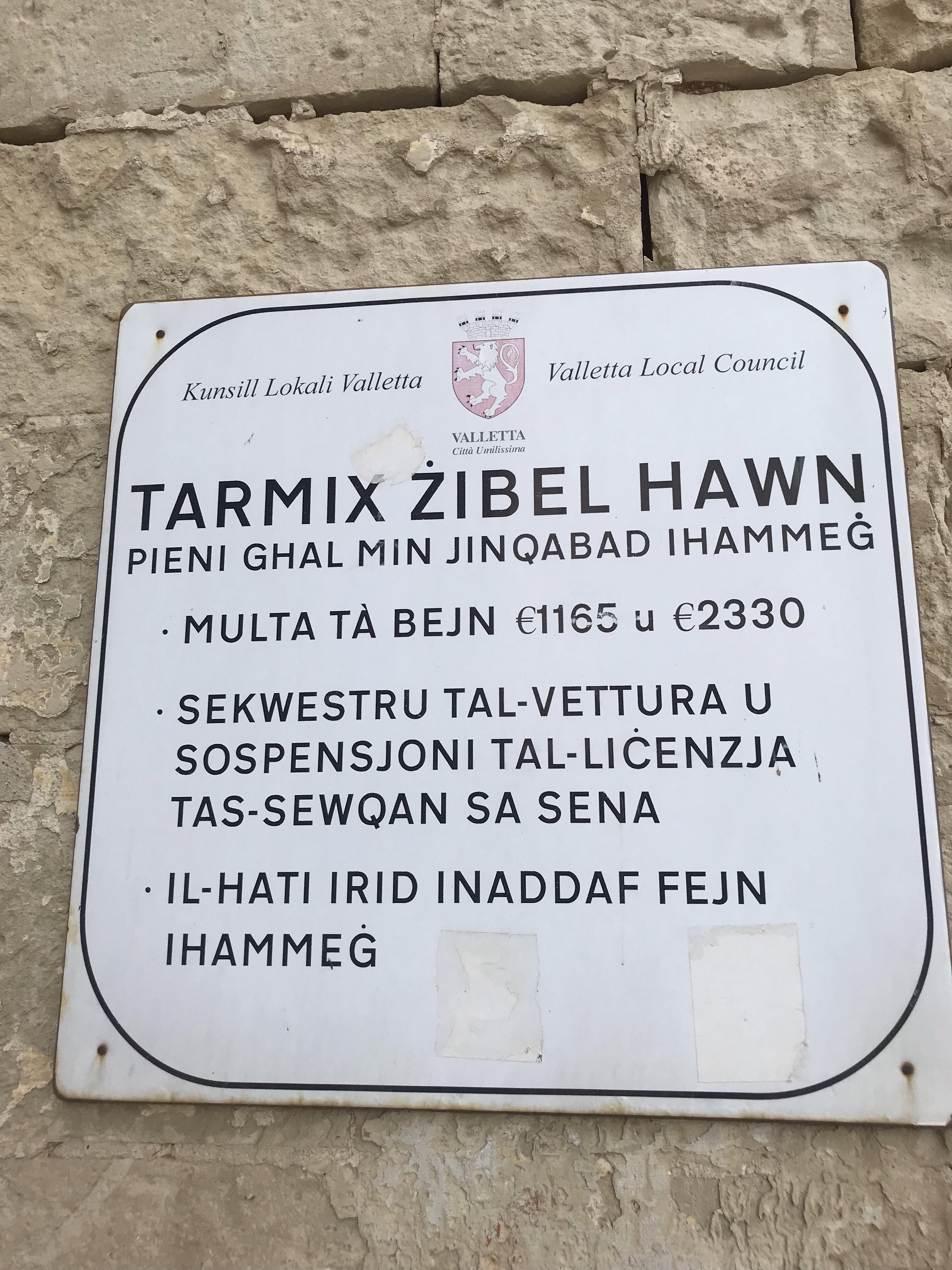 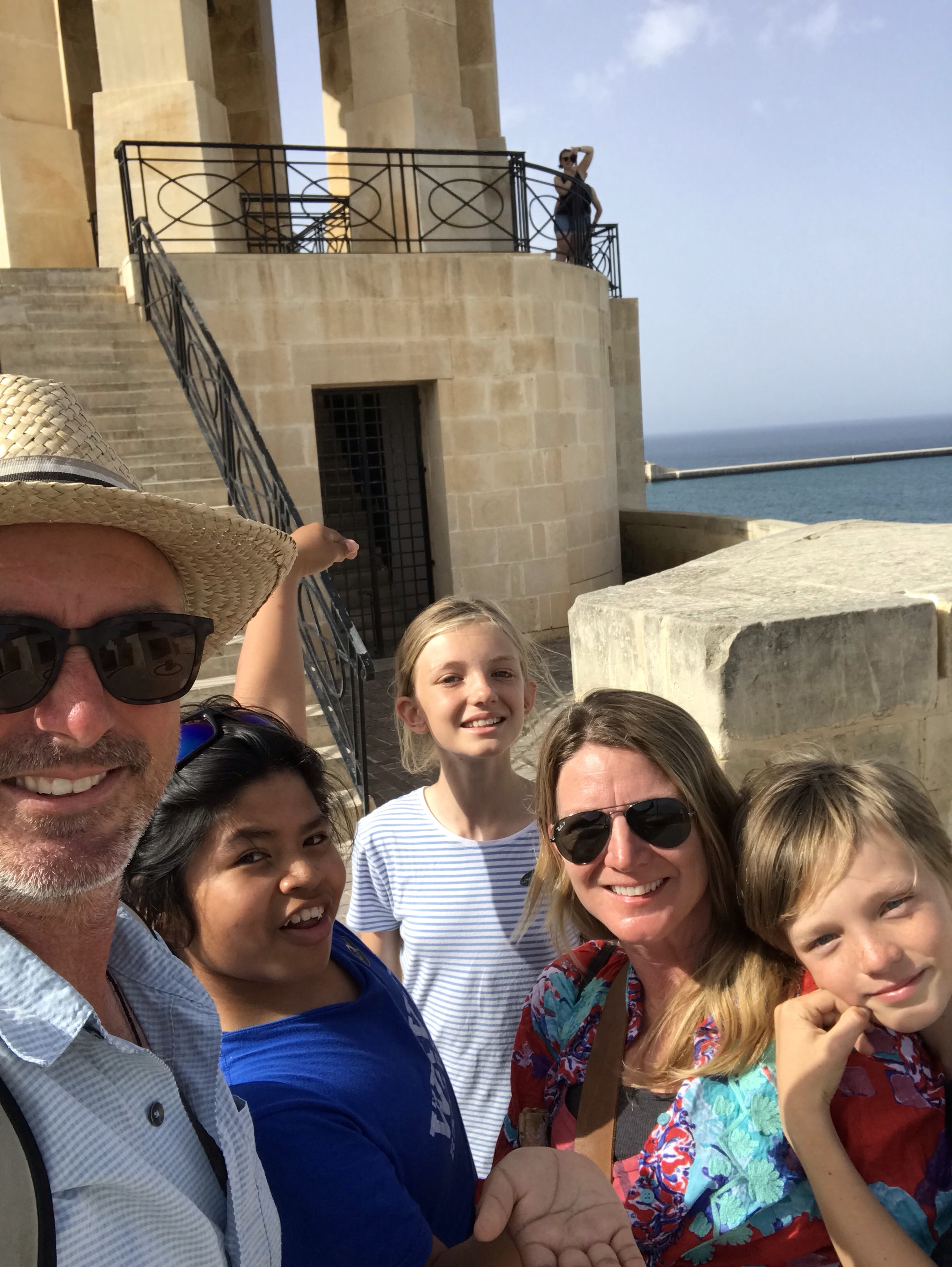 We took a bus to town to go find something to do. This is not any town. The entrance is one sight to behold. A long bridge with high walls guard the entrance. On the end of the wall there are large spikes rising from each side. In front of the entrance was a fountain that had three huge figures holding up a big bronze bowl that was pouring water in the next level of the fountain. A bonus feature was the space between the fountain and the entrance. It was slippery from all the people that have come and gone, so we had the ability to slide on the ground while running. The first thing we saw when we entered the city was two giant modern buildings. If you look right and left when you first enter, there are stair cases rising to the wall so you could look over. In front of the right modern building is a huge theater. A old stone stair case rose to the entrance for the theater. It was a open air theater with columns rising from each side. Farther ahead there was a street with steps on the side of the road going deep into the city. Anyways, when we entered we started to look around for something to do. We came to another wall over looking the bay. On the other side of the bay another row of high walls rose. We came across a building called The Malta Experience. There was a cafe with a bunch of weird banners. Near it there was a booth that had a sign that read Malta Experience. Behind the booth there was a stair case that lead down into a deep dark underground tunnel. We got our tickets, Dad said gherty and I could go because there were some Quinn problems. We went down the stair case and walked down the tunnel. We came to in a rooms with a red velvet curtain. A person checked our tickets and we went inside. The room was like a movie theater. Rows of seats and a big screen. We sat at the top row, while some one gave us headphones because it had to be translated to English. It started talking about statues found in weird places and what they meant. Then it started to mention war. It was talking about Hitler, Rommel, and Mussolini. It talked about operation minced meat, and how Mussolini was killed. Then it ended and we got up to leave. We exited the room and someone asked us if we were part of the tour. We said yes and the lady said to go up some stairs and wait for the rest of the people. When all the people got there, we walked into a long room. 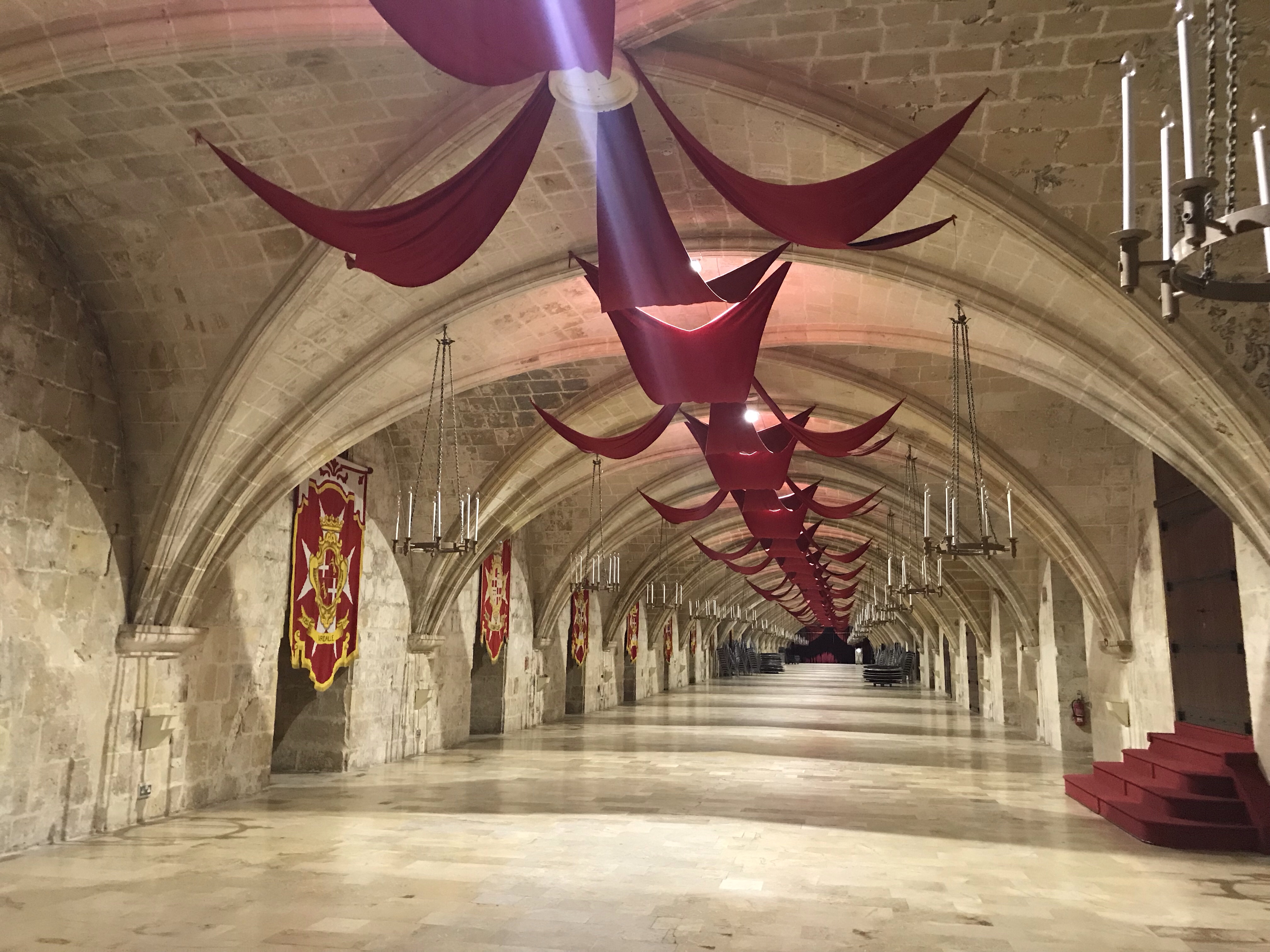 It was 500 feet long and really tall. We found out it was a infirmary. We found out that is was a place were all the sick would go. The person giving us the tour, told us that it was a place for the sick, injured and the people at death’s door. But it was all for men. Yep, a whole big room with a heap of sweaty, sick, even people who are almost dead. If there was an arm or a leg that needed to be cut off there was a doctor for that. The first way to remove the arm was a saw. It usually took 5 whole minutes of sawing. Then someone found out that you could use a guillotine. The guillotine way could do it in a few seconds. On each side of the wall there was a glass dome,That was used for the restroom. People would have to go into quarantine for forty days. If anyone tried to leave they would be killed. The reason for that is because if you carried a bug or sickness then if the people just go onto the main land then a lot of good health people would get sick. They would kill you because one life is better than a lot of lives. We left the room and made our way down some steps, into a underground theater, which we were told was once a garden. They built a theater on the garden and then it soon burned down. It took them a long time to rebuild it. We moved into another room, it looked like another infirmary but this one had a lower ceiling. The knights cross was hanging from the ceiling in ribbons. On each side of the walls was a wide, not deep hole. We were told that is was a bed for four people at max. Two bed holes down there was a big wood door. It did lead into the garden before the garden was made in a theater. Later in time the room hosted a wedding for a prince. At the wedding , the room could hold about 900 people at most. And in that room, is were the tour ended. We soon got out and explored a huge bell tower with three rows of stone walls in front of it. All of them were going down, I had a little theory that they were walls at which some one can rest their gun on the top and shoot. In gaming terms, they were like waves, or level that someone had to past. Then we soon got back and explored some more. We ate dinner and made our way back to the boat. Right now, in the present, I am writing this while we are going to an anchorage in a bay. We were here before but we stayed at a marina, which in Quinn’s blog we explained about the falling-off-the-dock experience. And this is were I leave you. 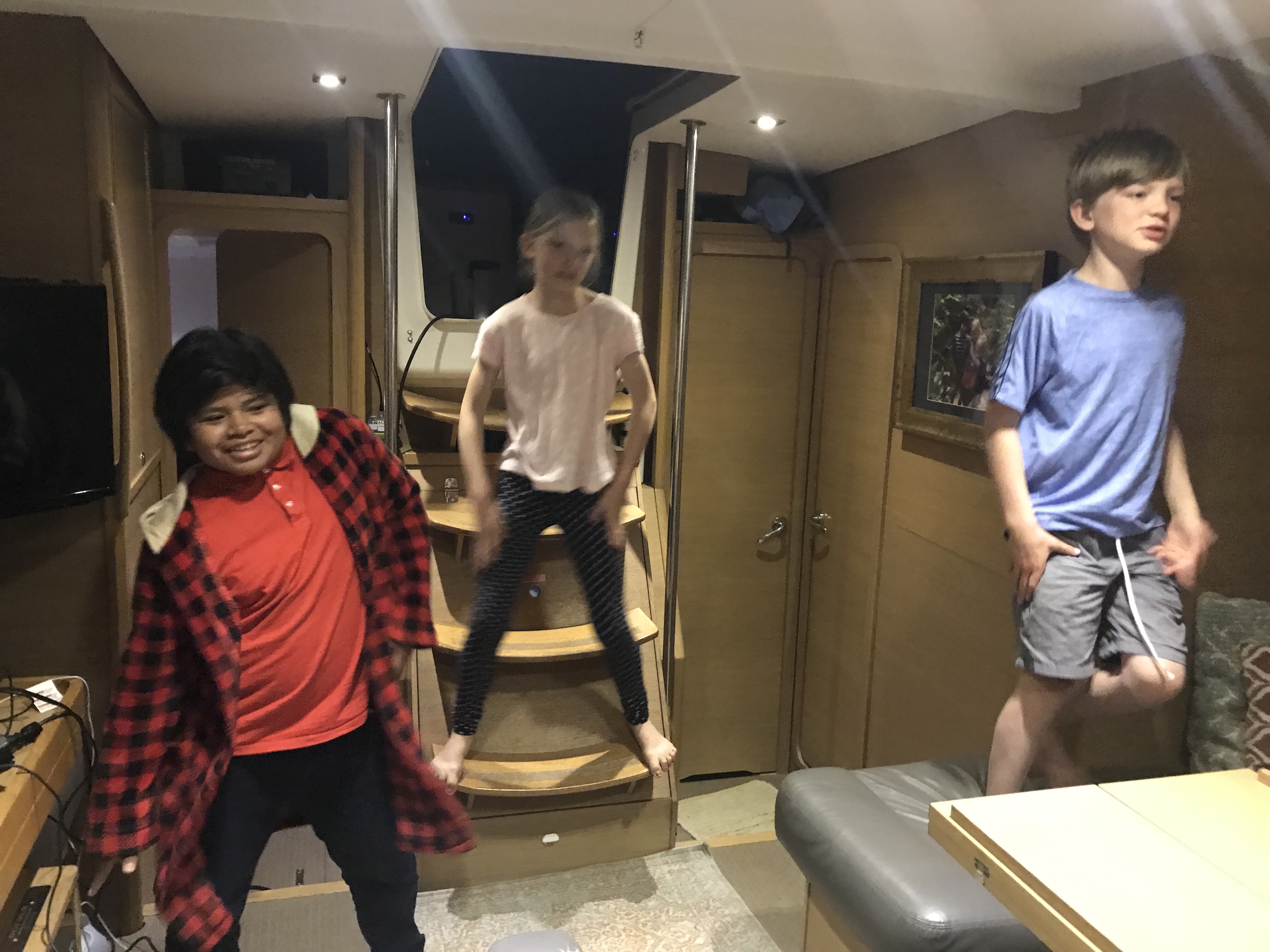