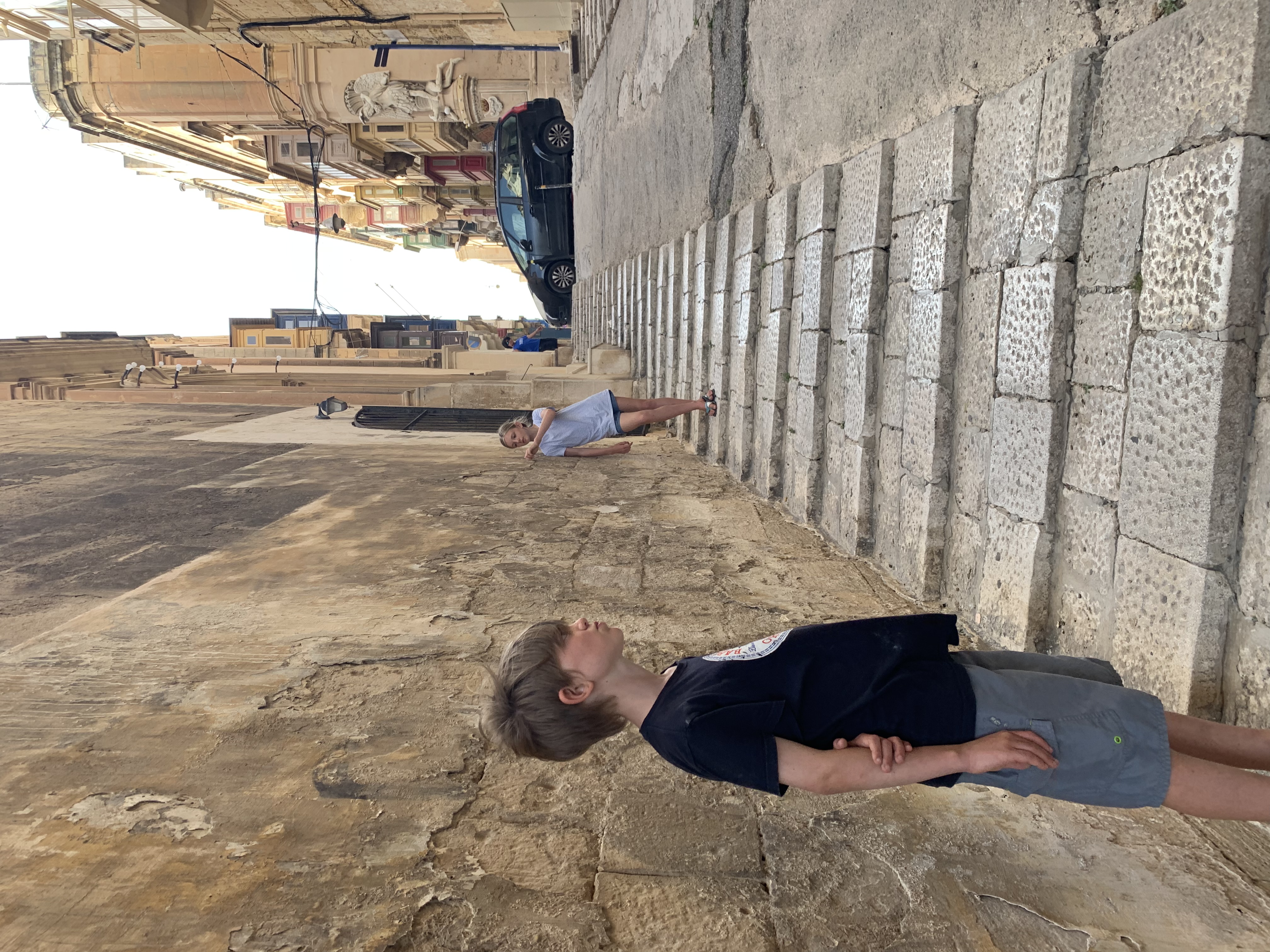 With the promise of Indian food, we set off for Malta.  It is amazing to me how the tantalizing carrot changes form.  Never had I, nor any of our Madame Geneva crew, set foot in Malta but we felt certain we could locate a non-Italian restaurant within the former British territory.  Not to worry: our retirement from pizza, grilled vegetables and vongole has been short-lived; the thrill is back.  What we knew of Malta was little. There was the lore of catapulting severed heads across the bay and the shoving of bodies on crosses in retaliation, but really it was a less studied and more instinctive knowledge that drove our desire to leave the seas of Sicily and dip into the hot, almost African waters. 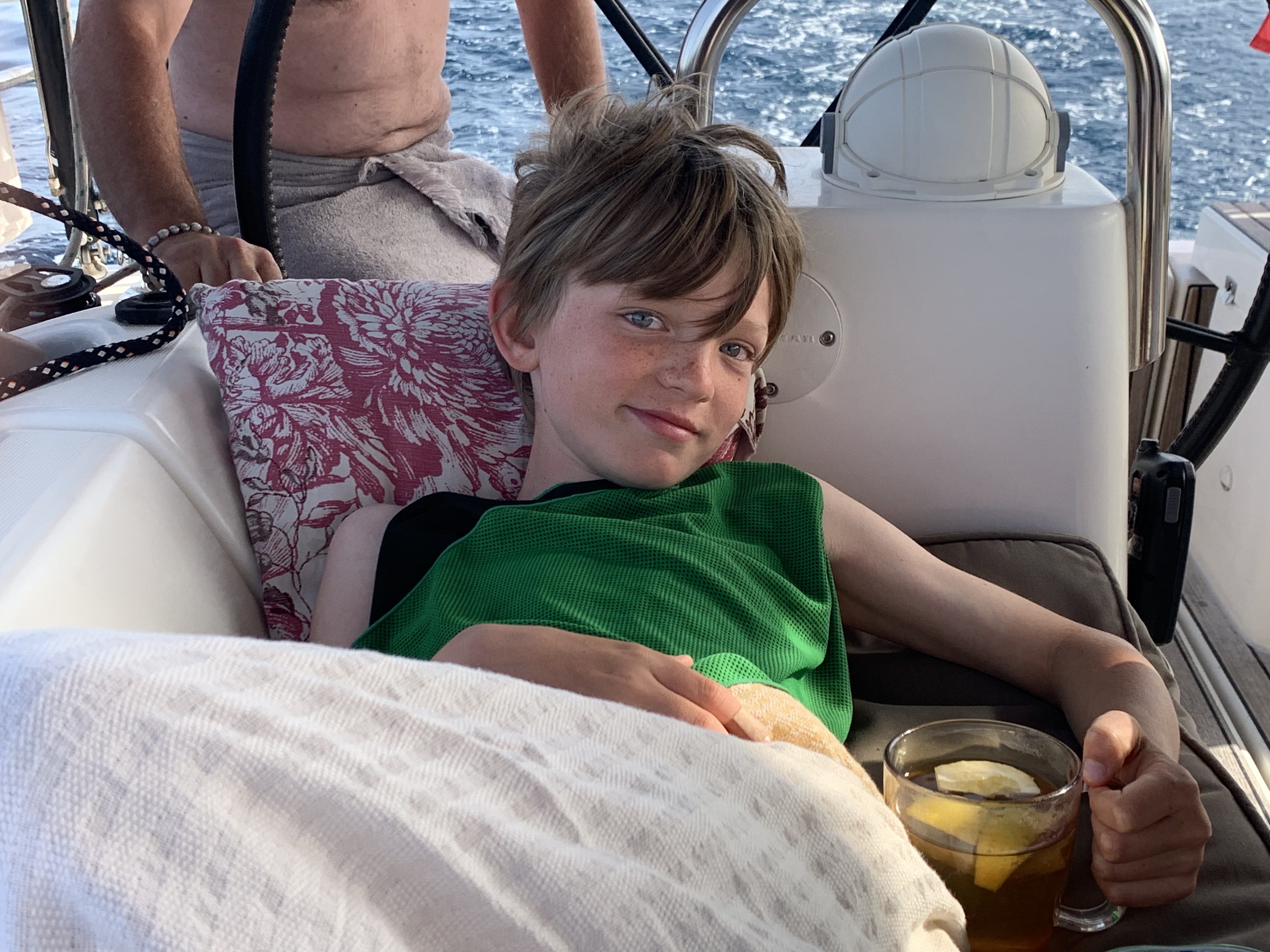 We announced our arrival, not in a “We come this way from Messina!” fashion but more of a “don’t get mistaken for a refugee boat” kind of way.  10 kilometers out we radioed the Coast Guard advising of our status and intent, and again at 1 kilometer out.  Given permission to enter the harbor, after Justin and I said “Marsamxett” about fifty times to one another without the finger on the VHF before Justin confidently spoke the name of bay we were approaching to the port police, we motored past the huge sandstone walls of the fort and old city of Valetta.  We arranged space at the marina just past the navy station, at the foot of the hill ascending to the gated and fortified city. 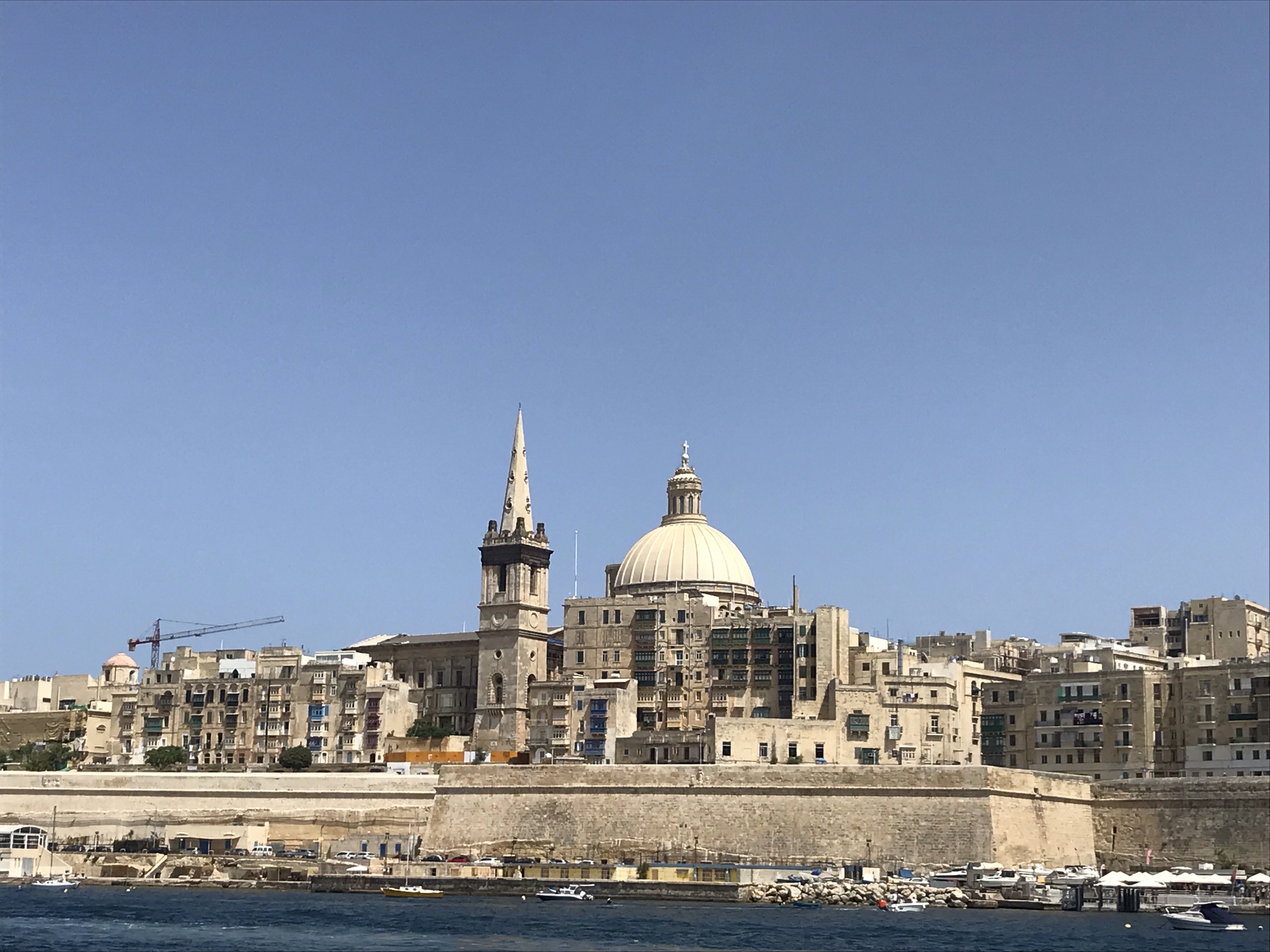 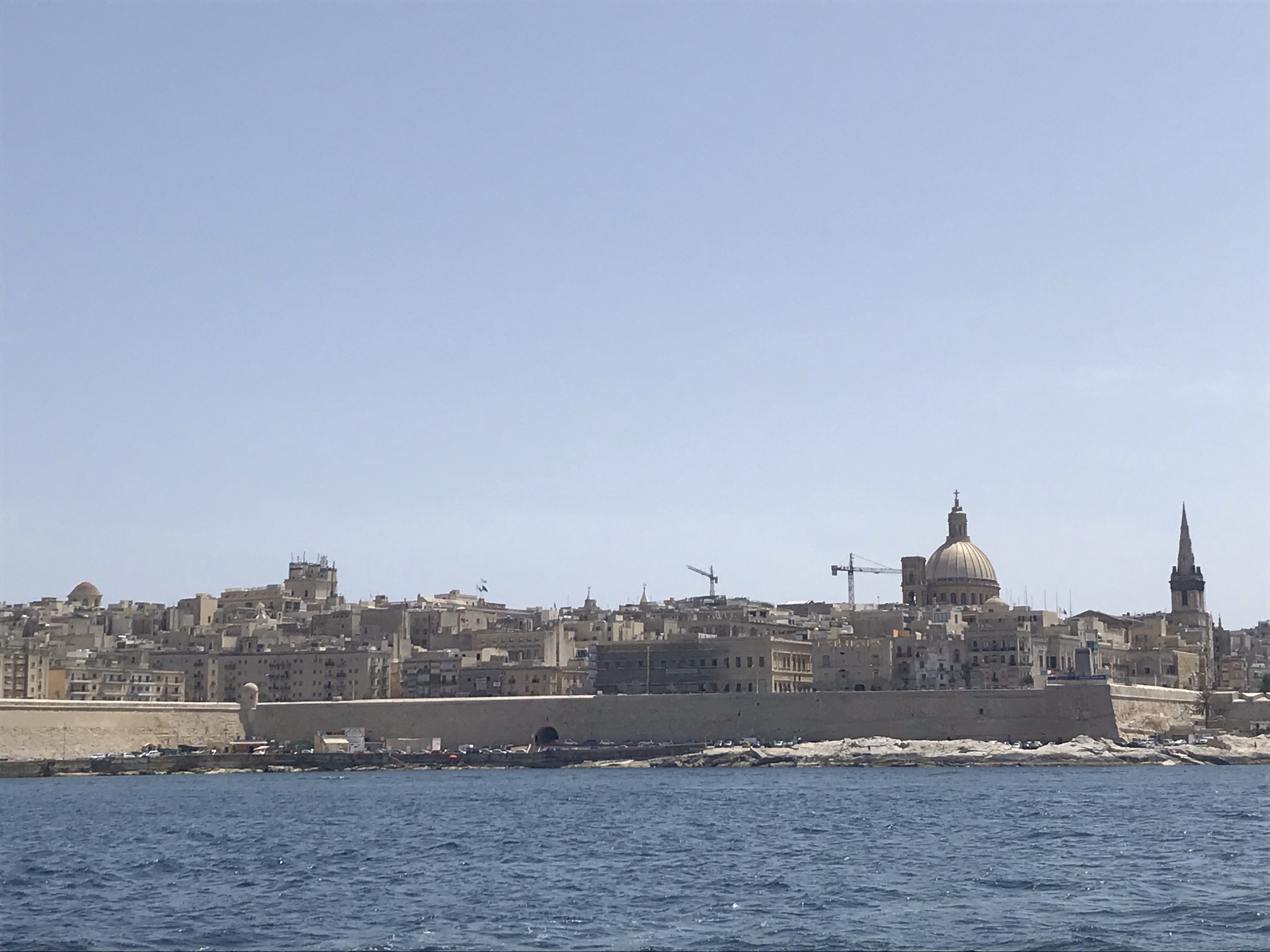 Bravely, we set out in search of our promised dinner.  Novices, we walked.  The heat baked through our shoes and soaked our shirts.  The kids deteriorated and turned on each other.  Water was drained.  The path along the harbor was deceptive and followed unforeseen fingers deep into the ‘new’ city with stores boarded up.  And that was only a mile walk.  We found a pub to regroup.  Cooled down with Sprites and the tiniest of gin and tonics, we searched on Google Maps and found a restaurant along the bus route.  We were all growing up:  we could now say Marsamxett AND we knew to take the bus everywhere. 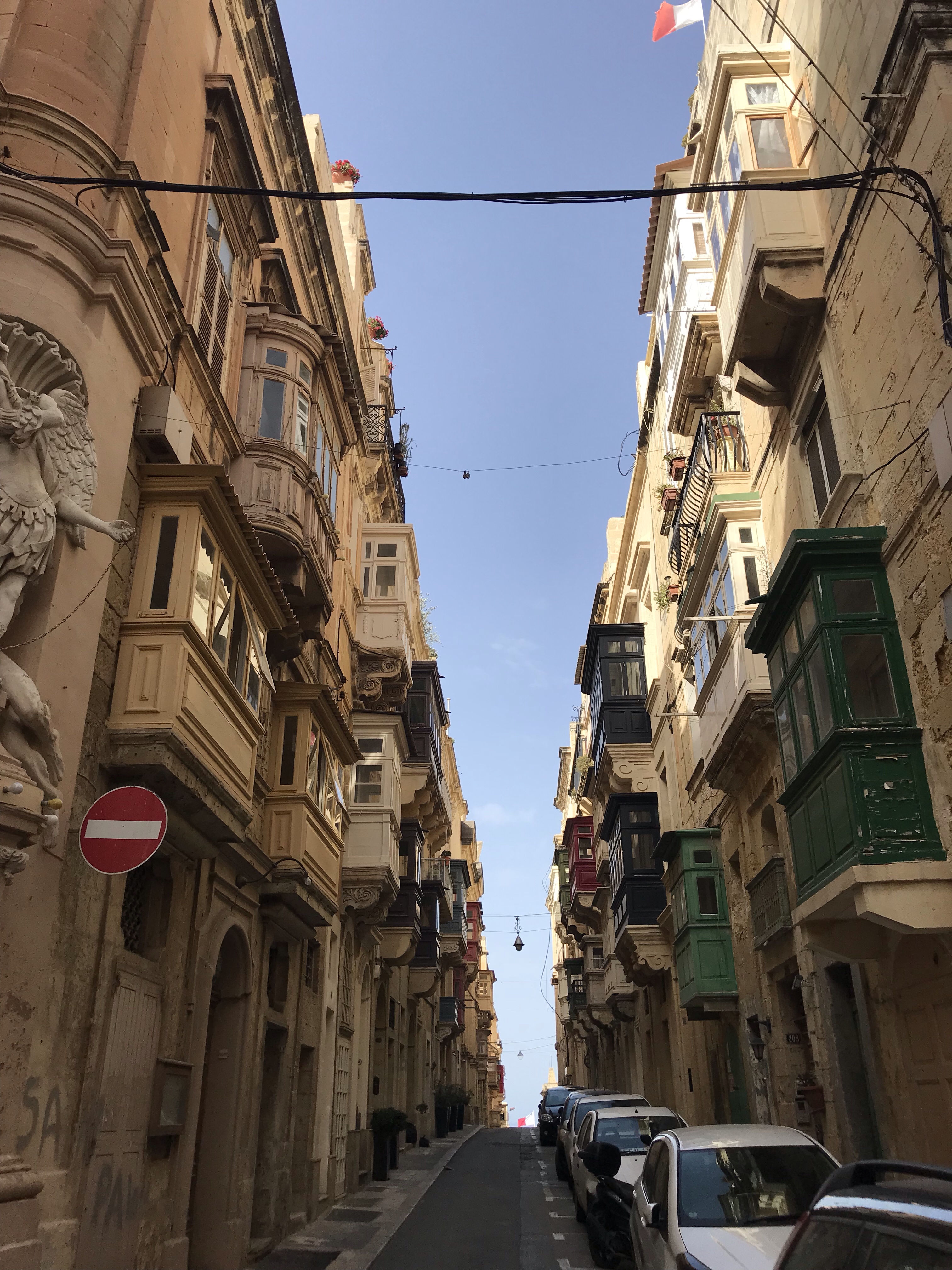 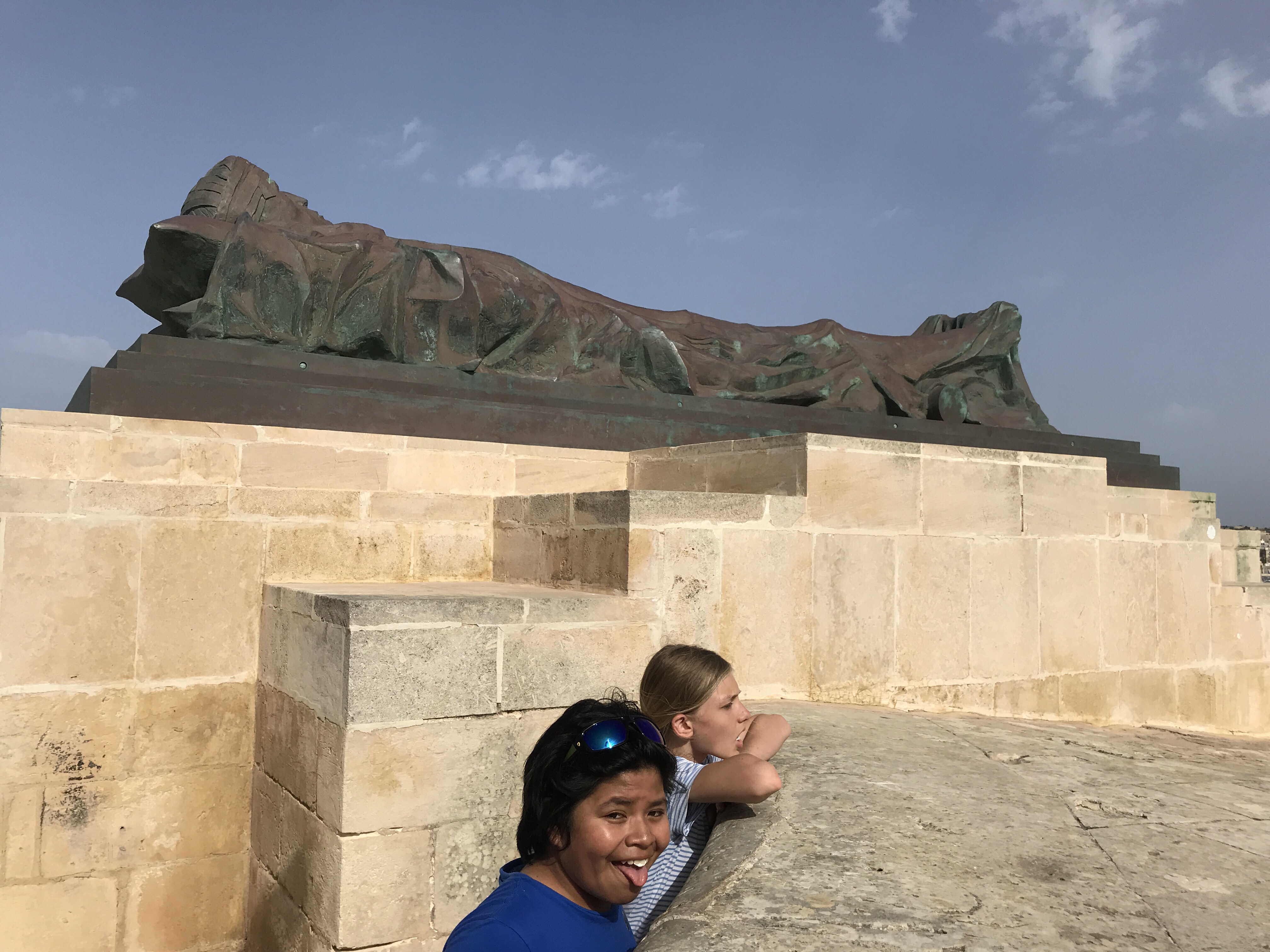 We used our days dockside to take care of boat projects, including fixing the battery charger and water heater.  In the afternoons, we had late lunches and explored the history of Malta.  Very few times do I feel like we are nailing homeschooling.  Most of the time, I fret over all the things I neglected to teach them.  I remind myself (or more likely, Justin reminds me) that the experiences and exposure alone are the greatest education.  But then, there are times that I feel the universe slides into home (and in a non-apocalyptic way).  As we journeyed into Sardinia and Sicily, I focused their WWII history lessons on the Mediterranean.  They watched a documentary that included Malta’s involvement.  How cool to take tours of the old map rooms, infirmaries, and forts where the stories told were echoes of what they had already learned!  Truly, homeschool, check! 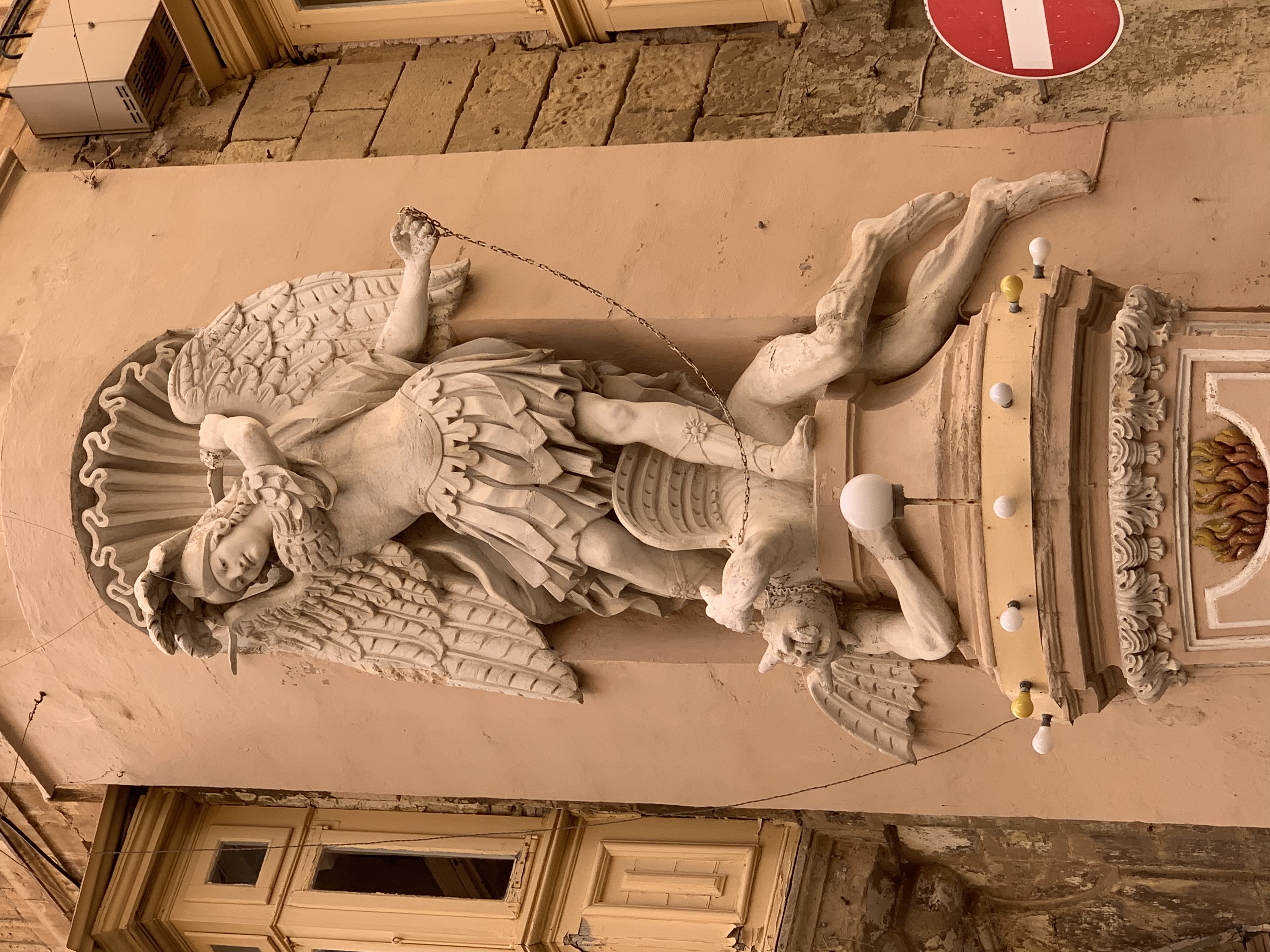 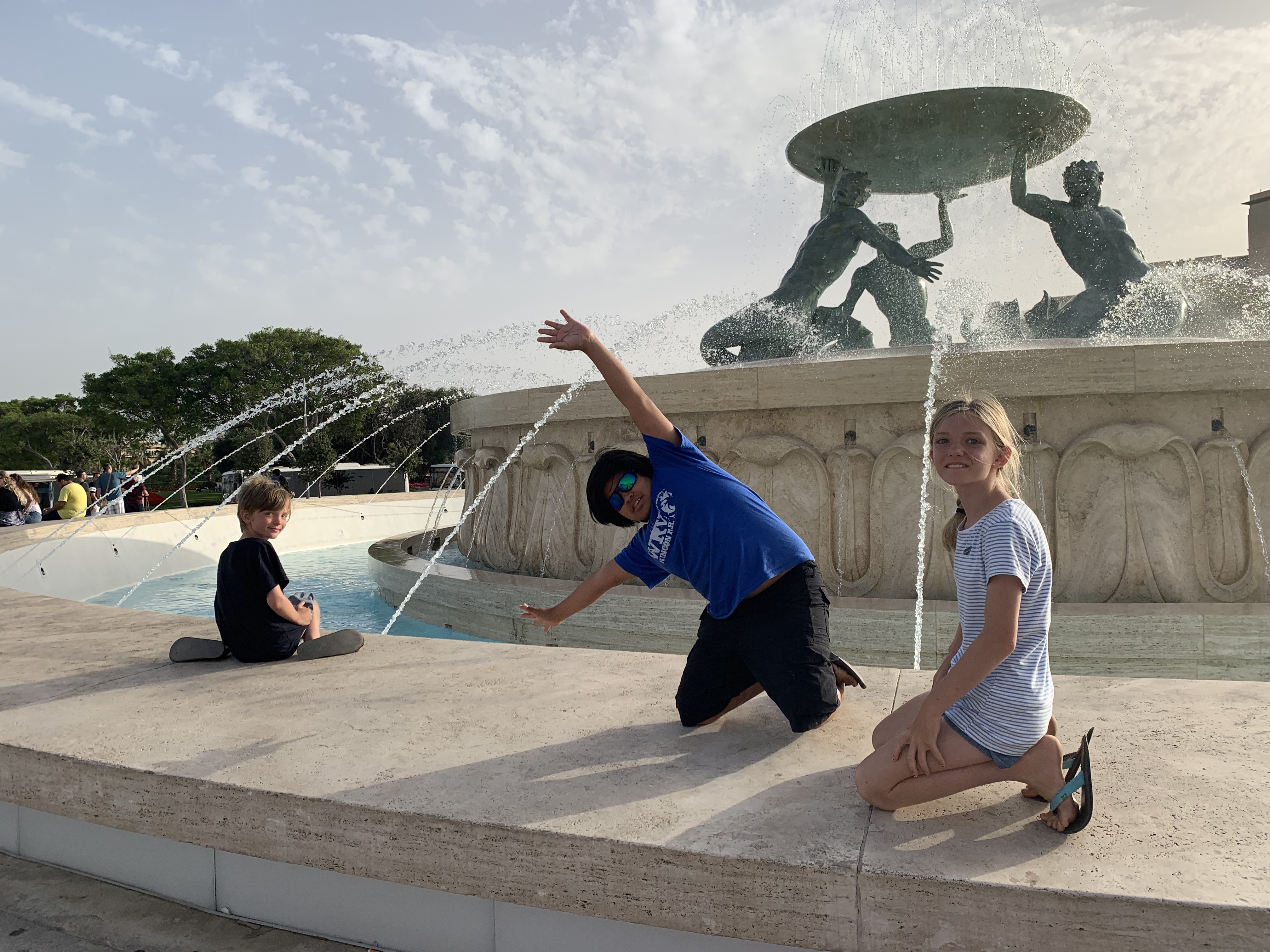 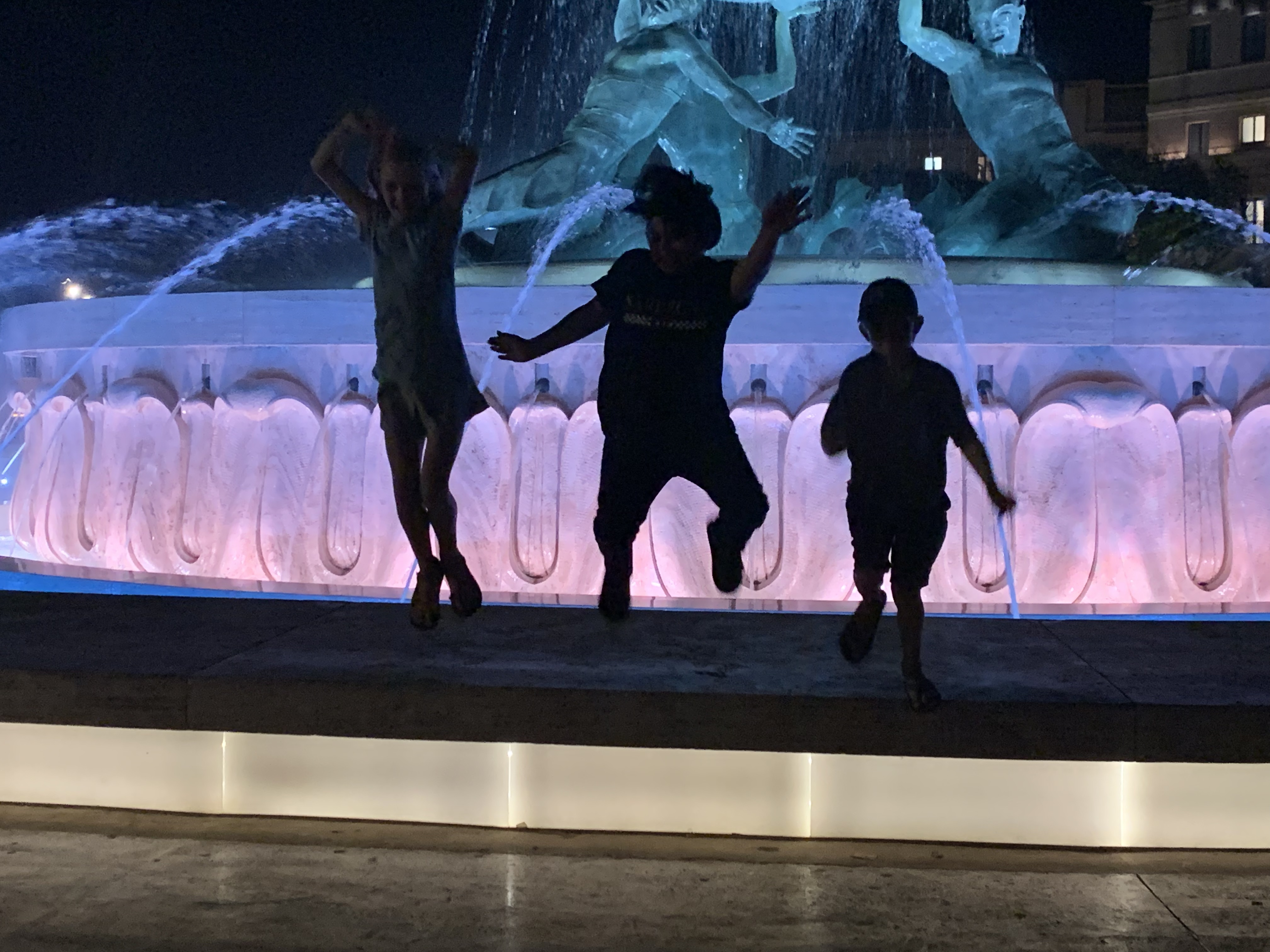 Valetta was fully adorned for their film festival.  Red and gold tapestries hung between the buildings that stretched dramatically up and down the steep stoned streets.  Slippery sidewalks were carved into pocked steps as the declines and inclines sharpened.  Pedestrian bridges stood high over courtyards and alleys.  Red carpets were rolled out from the outdoor theatre and down stairs high above one of the many Roman Catholic churches.  Café tables and umbrellas, decorating the centers of streets, did not deter the working cars or trucks moving through the town.  One evening, in search of a perch over the Grand Harbor to hear what we could of the Queen tribute band, we instead stumbled into a four-piece jazz band playing on a bridge while crowds of people sat where they could to hear.  The stairs leading down to the bridge, the café tables, and the thick stone railings were all filled.  The notes danced along the narrow pathways.  All roads lead to jazz. 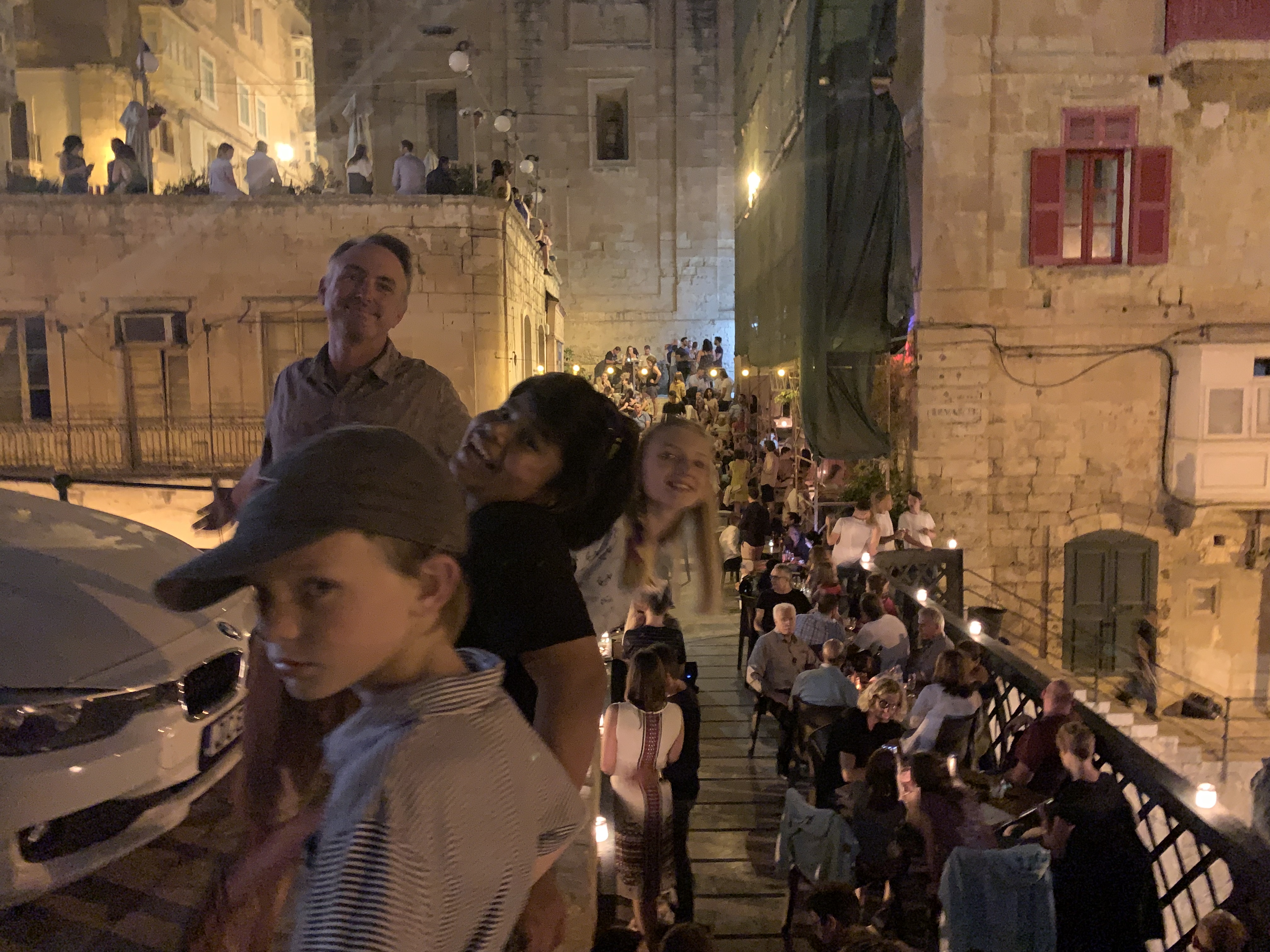 We cruised up to St. Julian’s Bay, a few miles to the north.  Barely were we out of the harbor before we turned into the bay.  We found a nice spot outside of the chaos.  Anchorage is allowed just outside of the local boat moorings.  Boy do these people know how to take a permission and exploit it!  The sea and wind, so settled, we had no concerns with the anchor at only 3 times the depth.  We then proceeded to watch as yachts motored at 7 kts into the bay, drop anchor while in forward, slam into reverse and leave their boats.  Swinging and dragging, no one seemed particularly fazed.  We were fascinated and determined to cancel our plans to go to the film festival (lest we leave our boat unattended).  Instead, we had a lovely Greek dinner and found the greatest supermarket.  Ahhh, provisions! 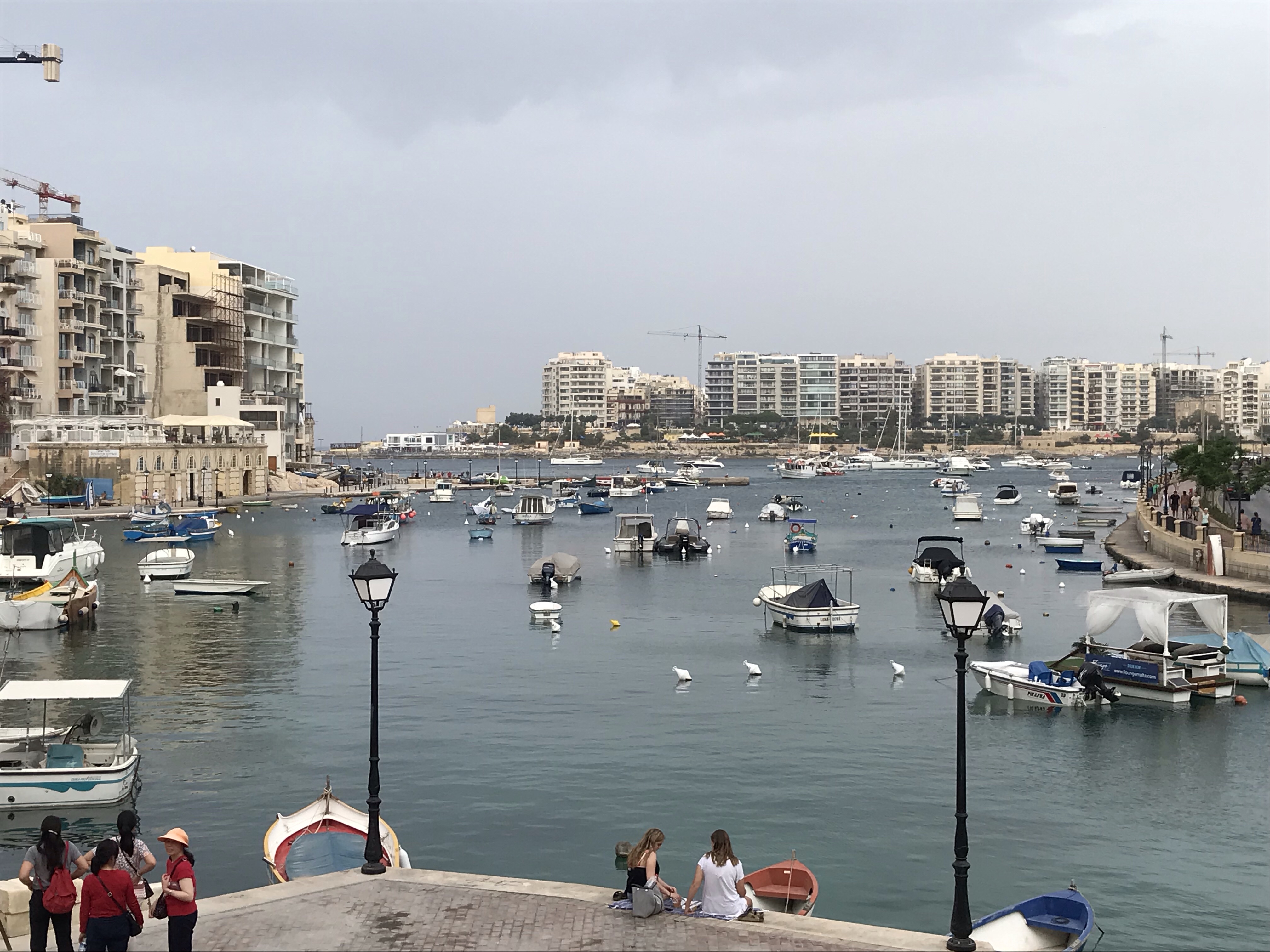 Fully loaded, we left the festive St. Julian’s for Gozo, still a part of Malta but its own island.  Cliffs, caves, and waters so many shades of blue surrounded Madame Geneva.  I dropped my most perfect anchor, in a narrow patch of sand.  Dug in, we dove in.  The many worlds we lived in during those few days seem quite unimaginable.  We were one of two sailboats.  We were swinging with and almost into five aggressively vacationing tour boats.  We avoided swimming into jet skis, inflatable rafts, speed boats, chartered boats, double decker cruise ships for a few hours and then in still silence we watched the light play over the fair and gentle sea lapping at the craggy edges of the tall caves and deep coves.  We ate well and we slept well.  Kayaks were inflated and the kids explored on their own.  More so than anywhere I can remember on this trip, we had a vacation, a respite. 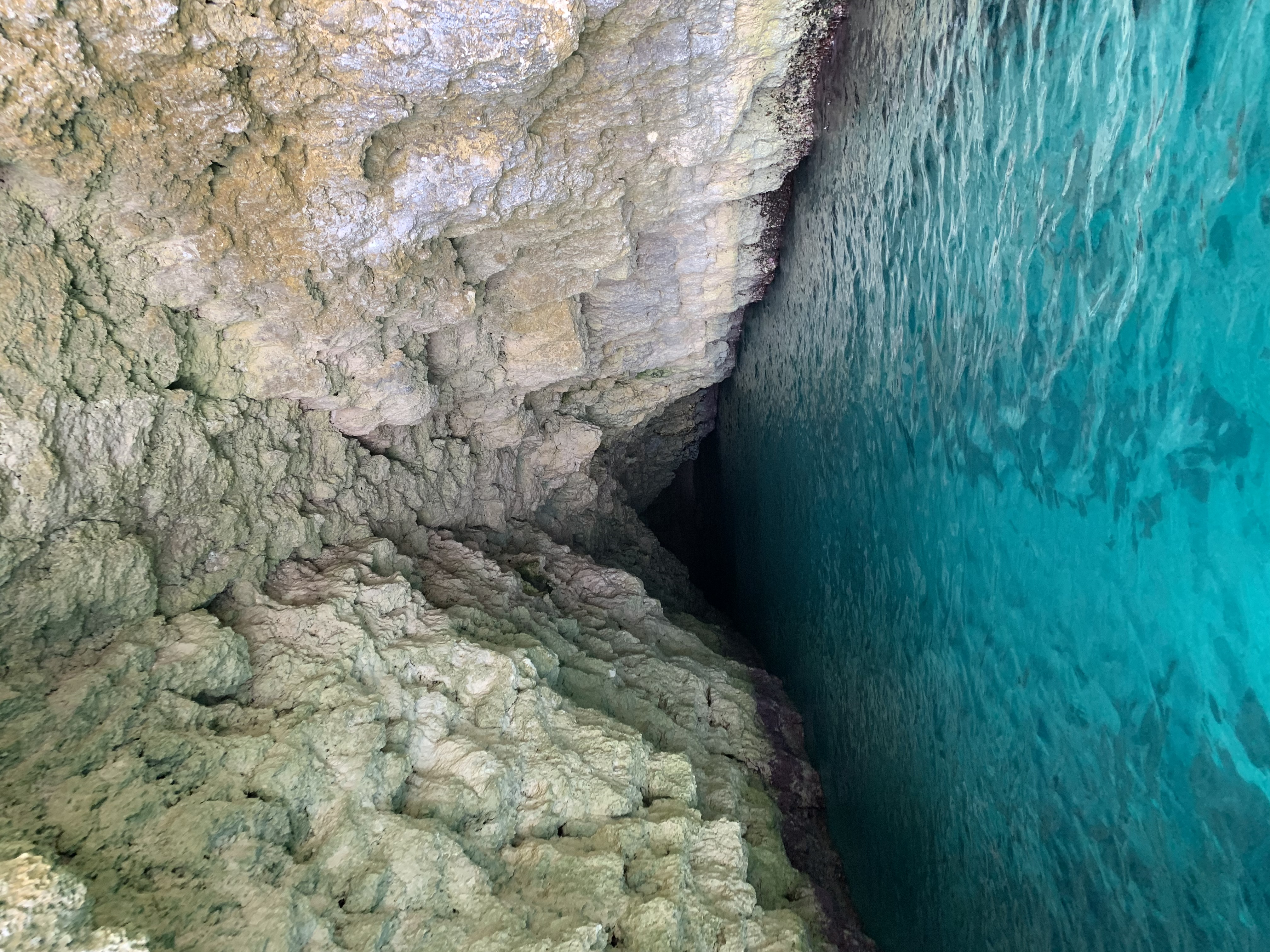 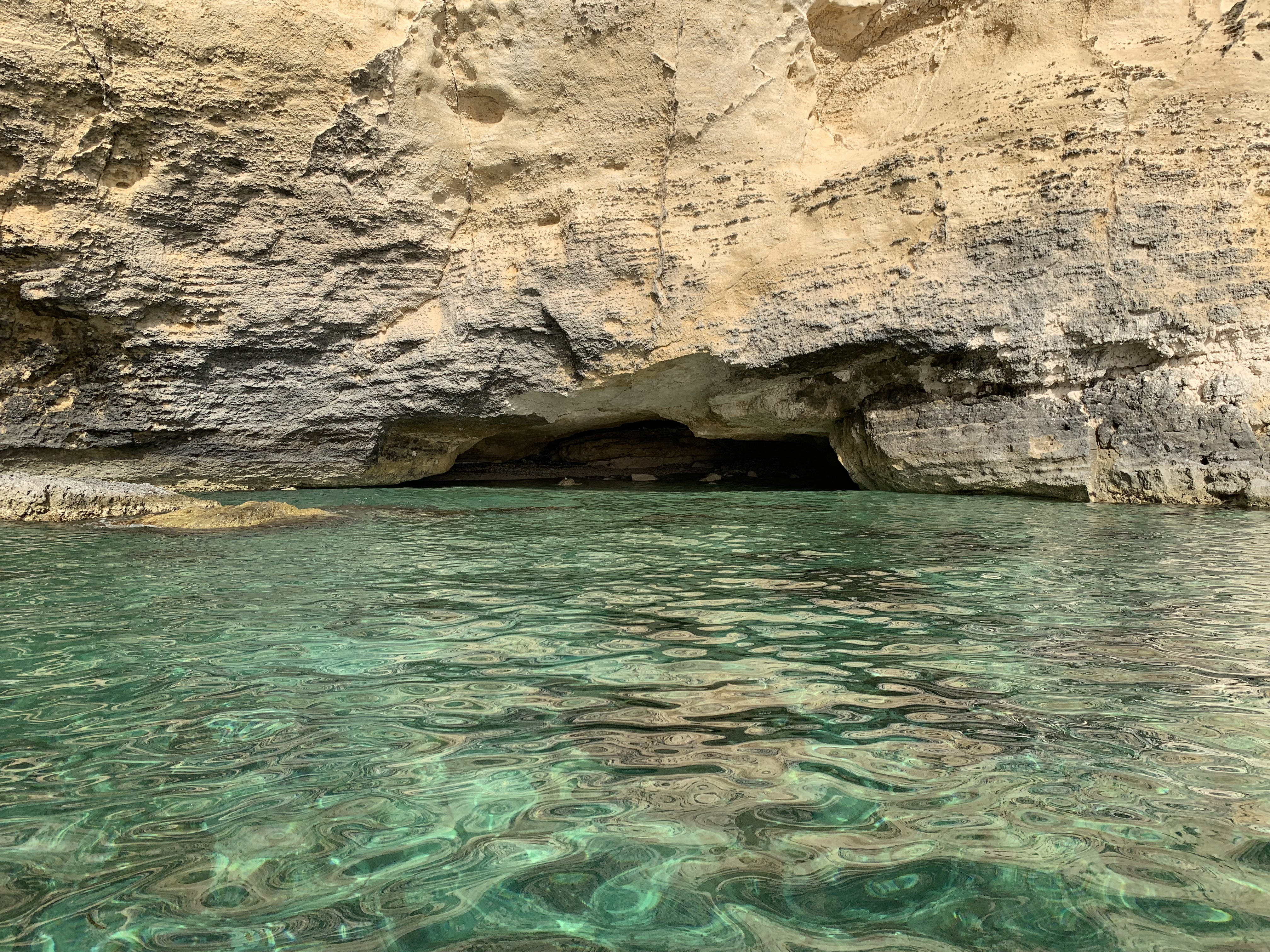 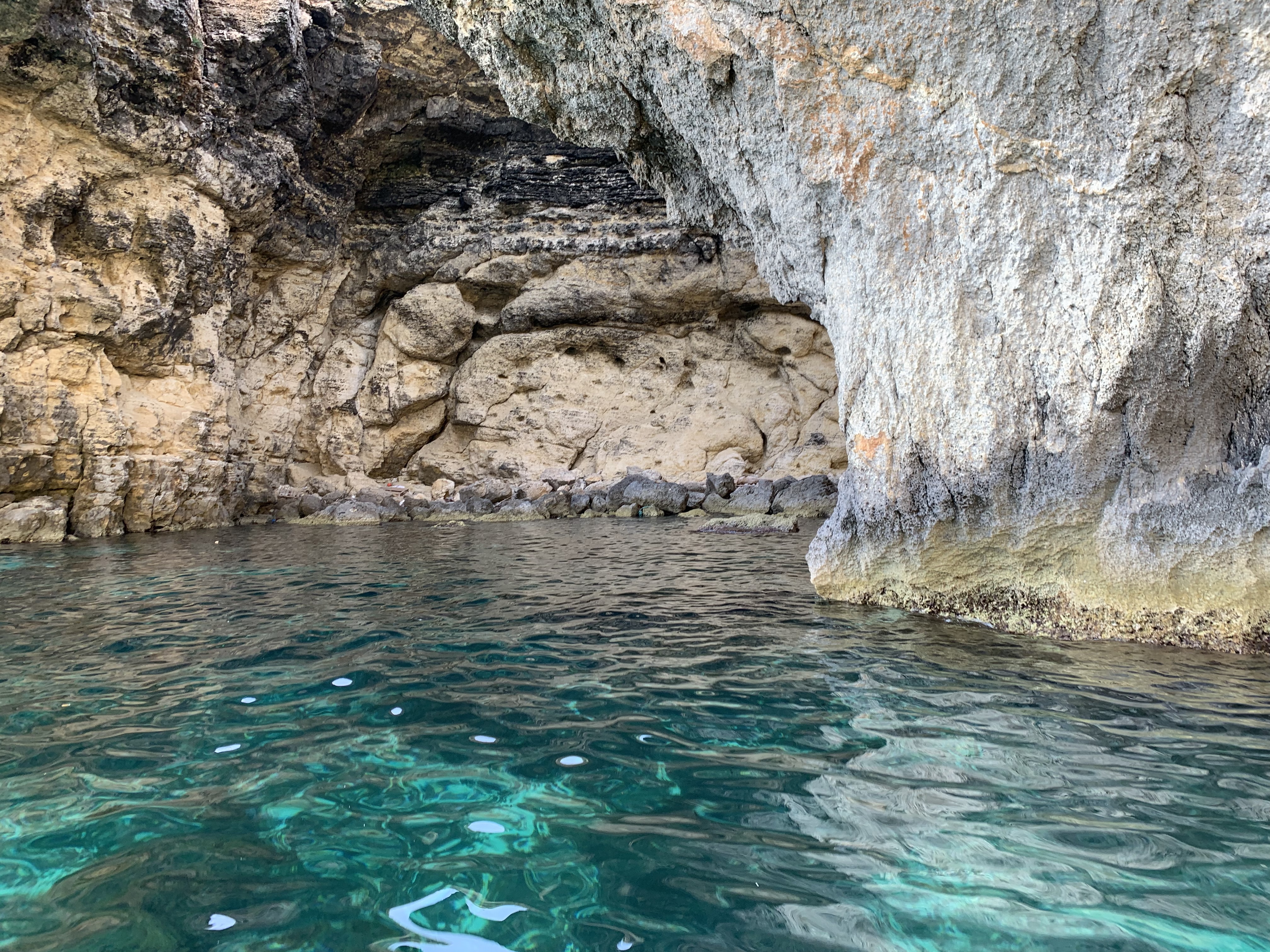 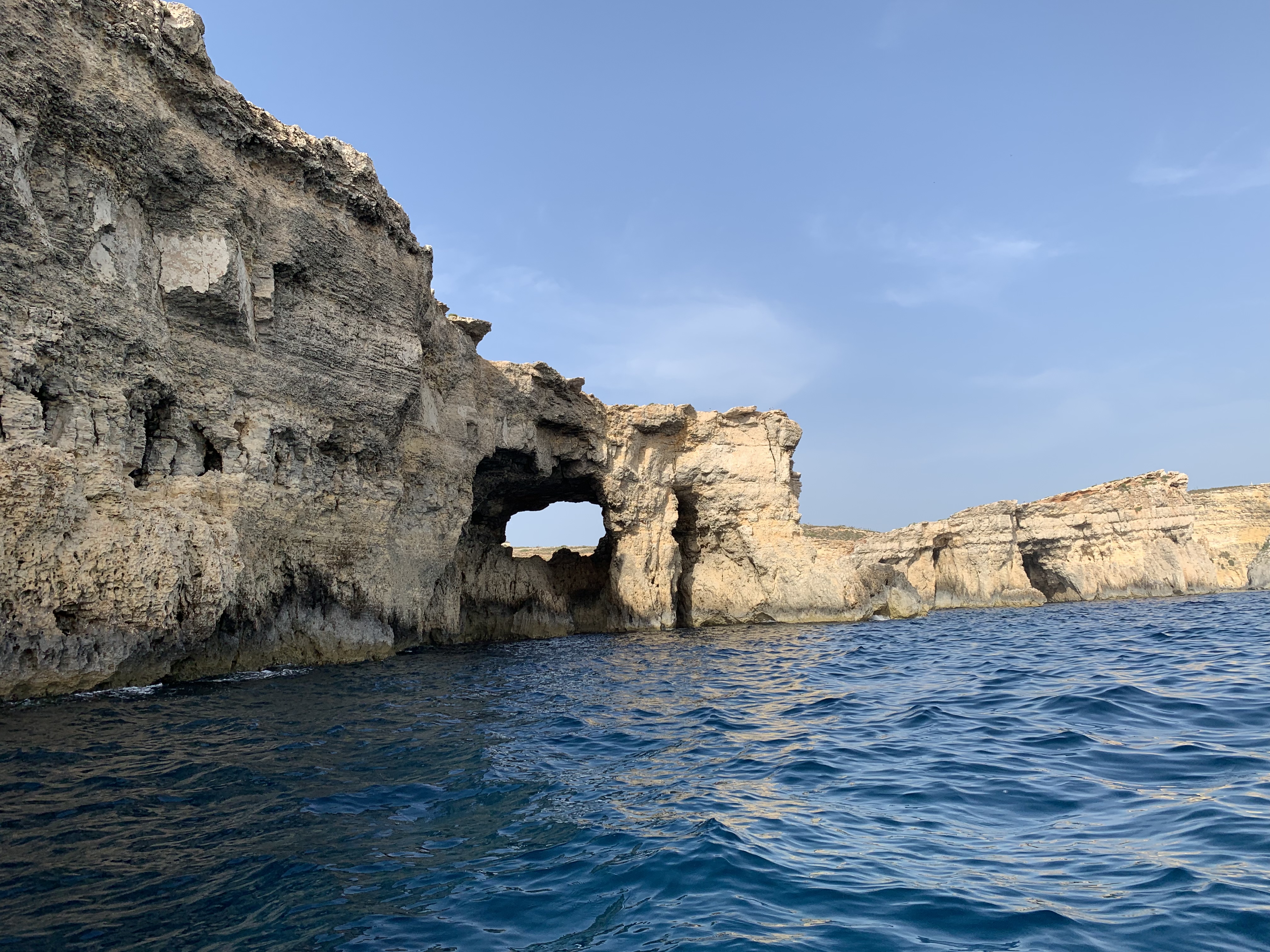 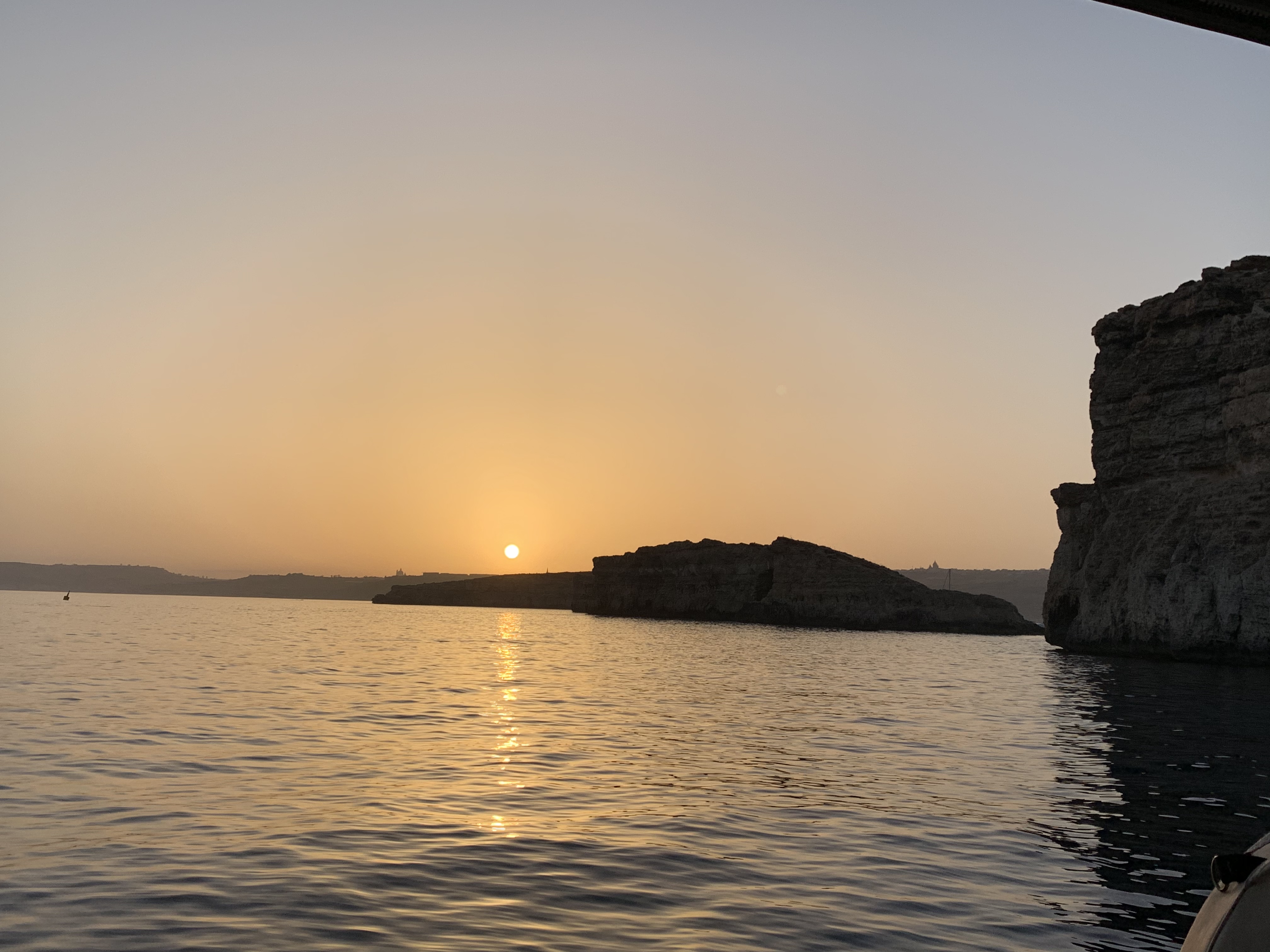 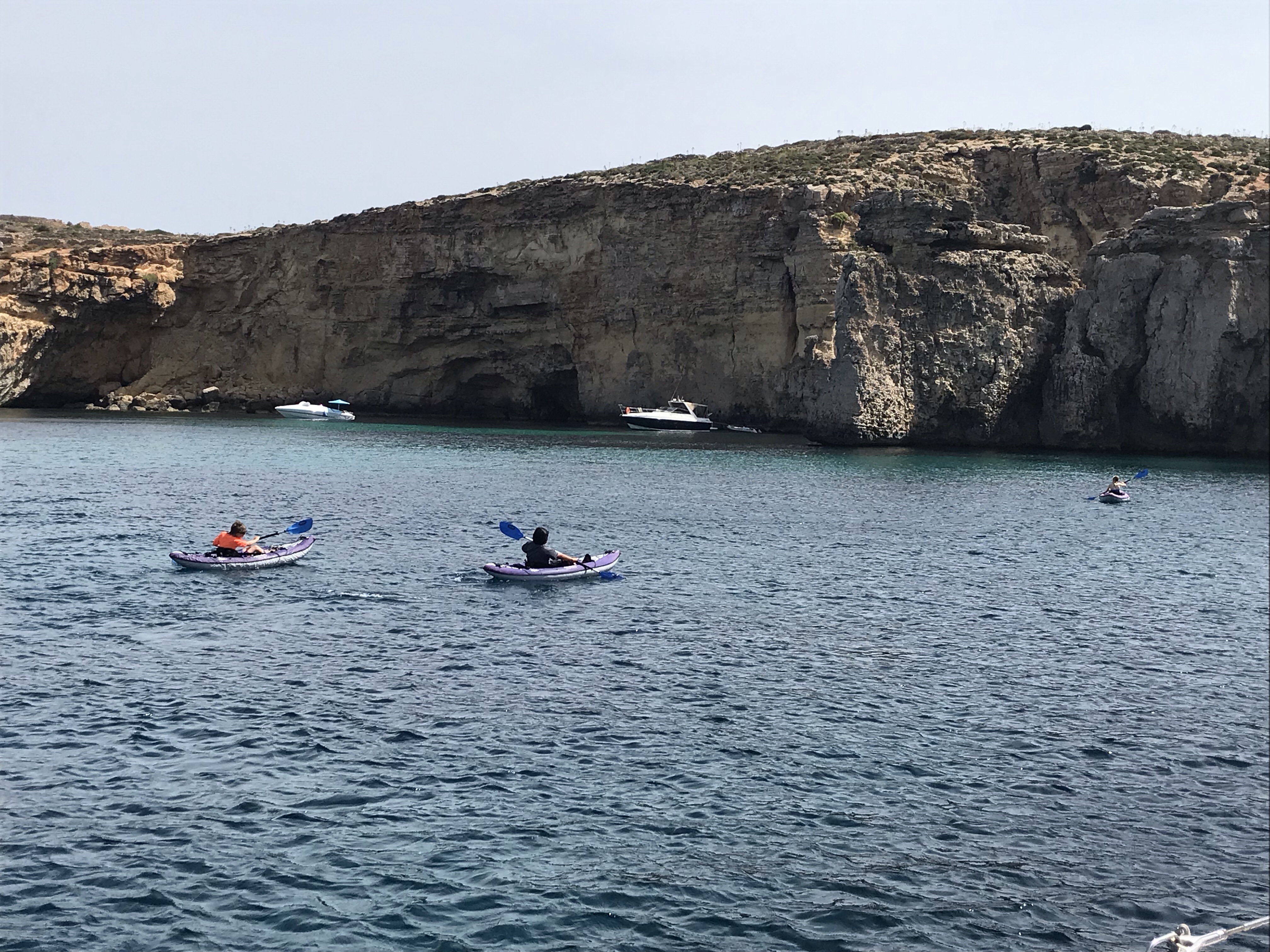 Malta, it seems, is what you make it.  Choose your journey.  Or choose them all. 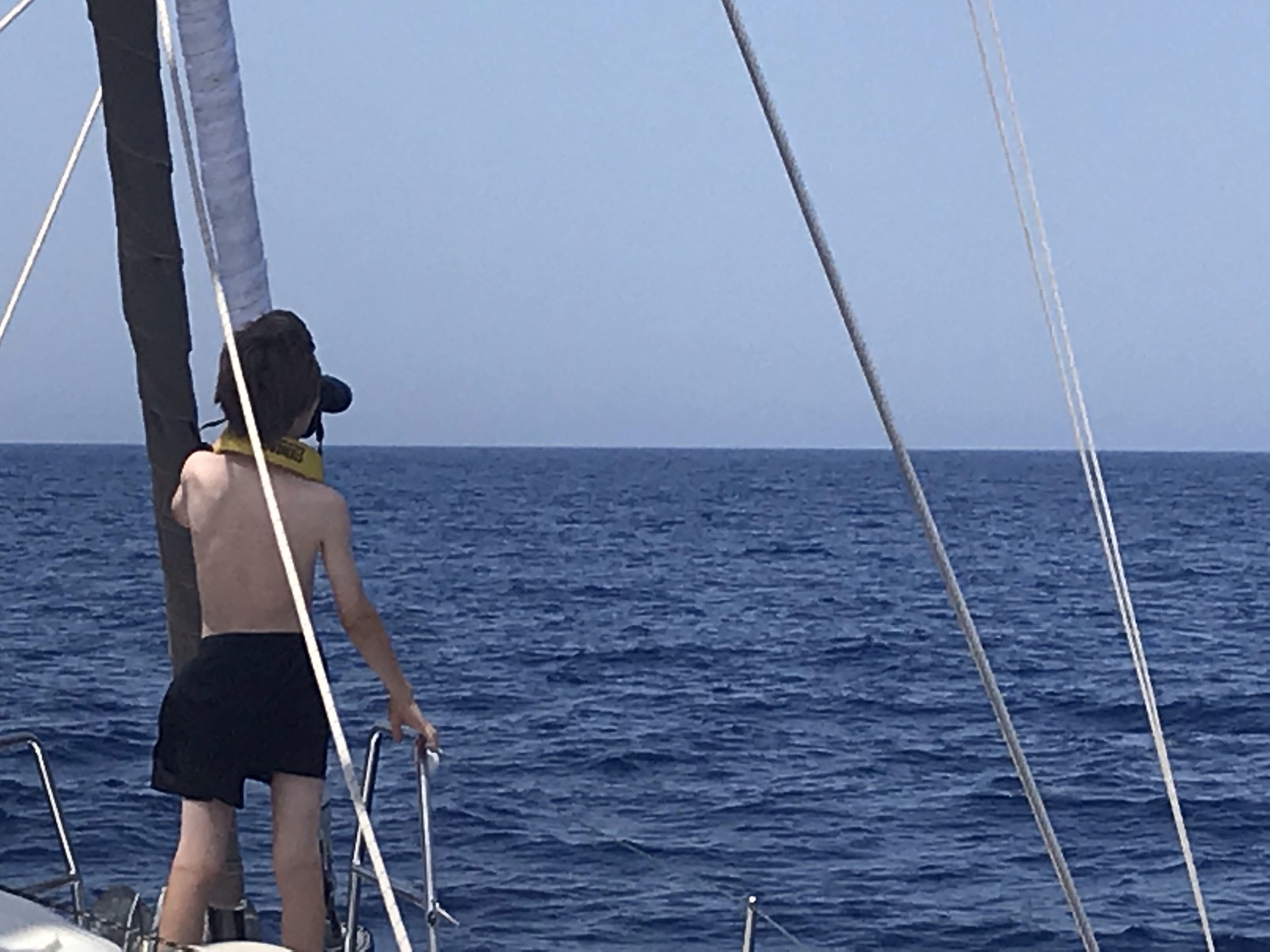