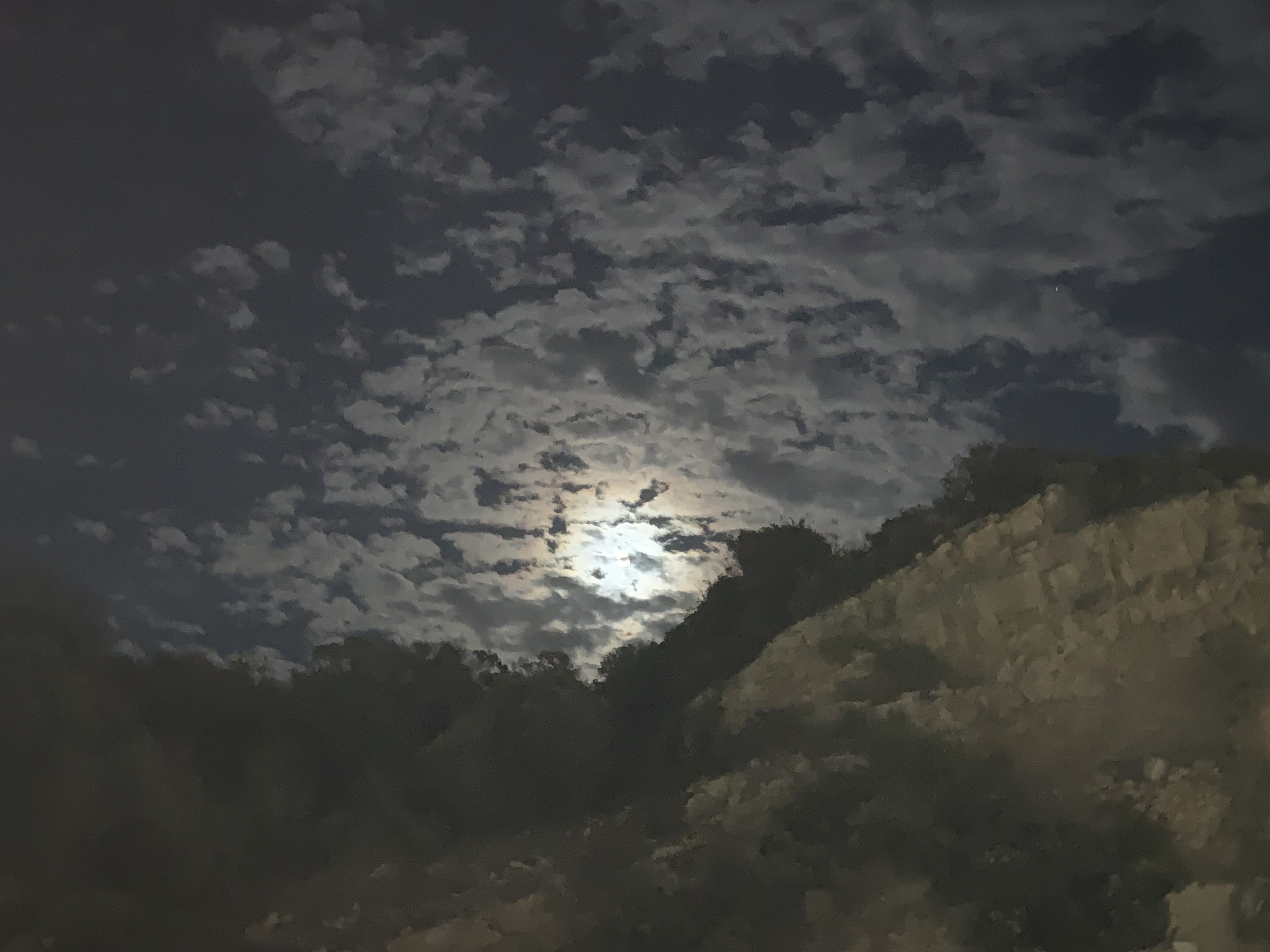 Aunt Kelly Baldwin arrived in Santa Teresa di Gallura, well into the evening, long after the crew of Madame Geneva took a hike up into town to grab some lunch.  Little did we know how literal that action would be. We sat in the town square, opting for a table outside in the cold wind because there were no seats indoors.  I kept a heavy reef on my wine and we all took turns ‘grabbing’ our lunch as it flew from our plates, hands and the table itself.  Host stands, table clothes and keg coolers attempted flight in a fury and were reprimandingly escorted back to the restaurants.  Later while Justin and I were purchasing a few provisions (ok wine, beer, cheese…it’s Italy!), Che was left to hold my salmon da portare via (as I could not hold said wine, tablecloth, napkin, fend off the swinging umbrella AND a fork) and a gust wind took it from his hands.  The box was retrieved.  The salmon was not. 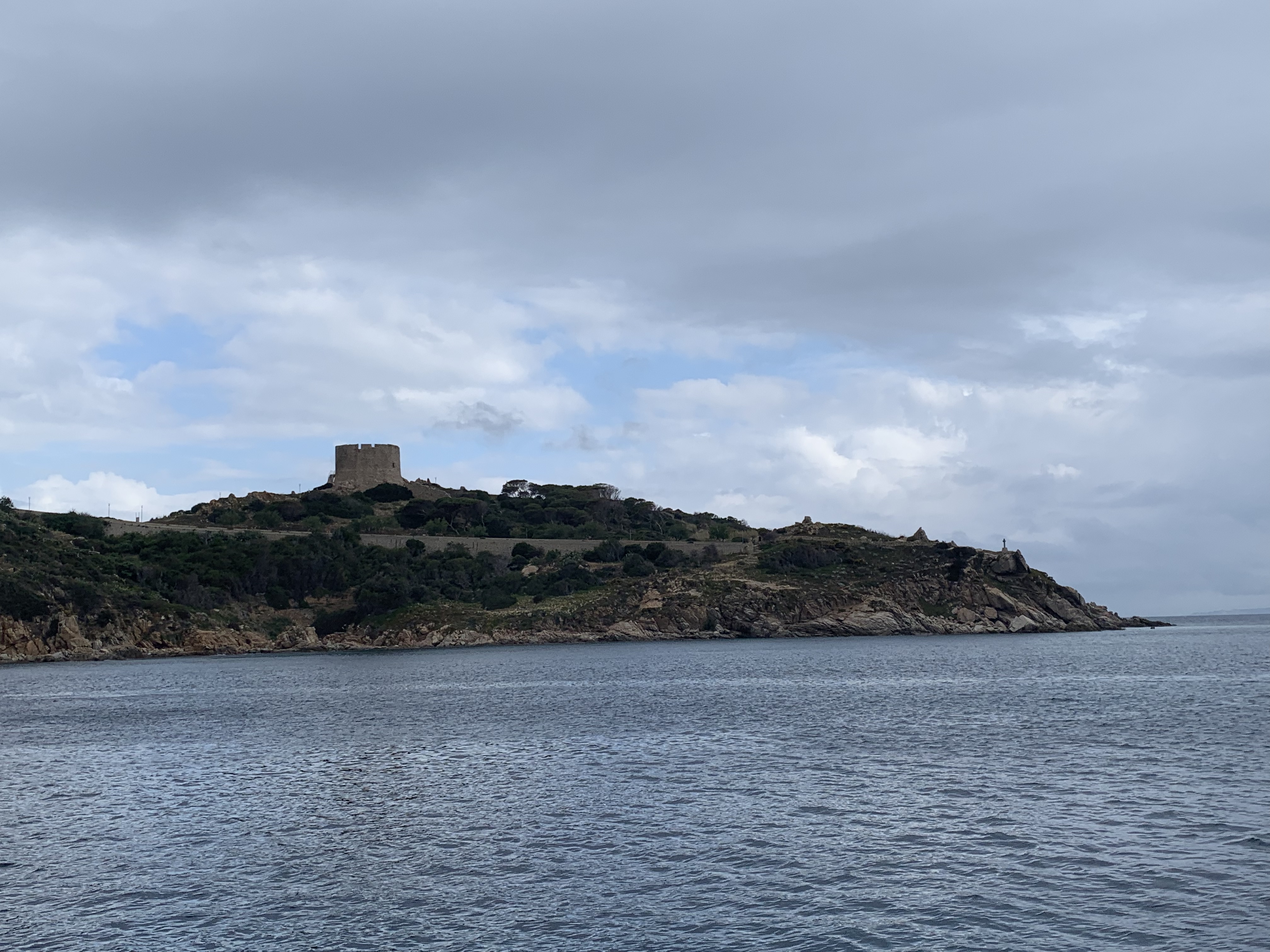 Justin asked when summer would come and was told, “Tuesday.”  Spring will not be springing this year.  I walked around the marina back up the hill to get Kelly from the bus station.  The night had settled the wind and AKB had little understanding of what the weather had been holding.  Yet.

AKB brought with her a most treasured item.  Unveil the transformer!  AHHHHHHHHHH.  Suddenly our American boat and home could do a lot more in Europe.  Washing machine that could once only run when the generator was running (which at a marina, where they have water on tap, was a naughty wag of the finger) was now plugged into dock supplied electricity!  There are other benefits but considering my take the boat or leave it negotiation tactic at the very beginning of this journey, for me, this was huge.  A week in and I am still a delighted child on Christmas morning. 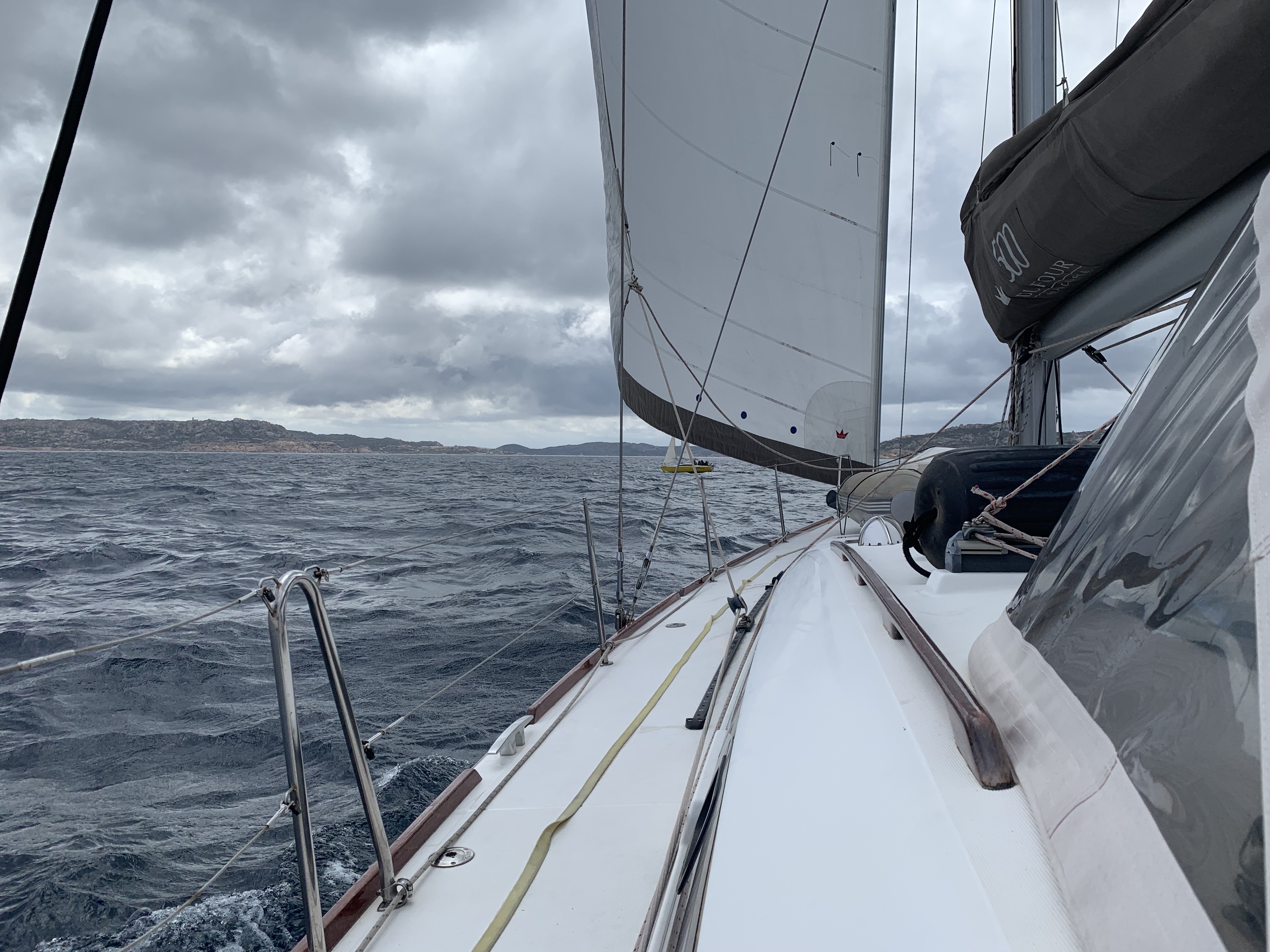 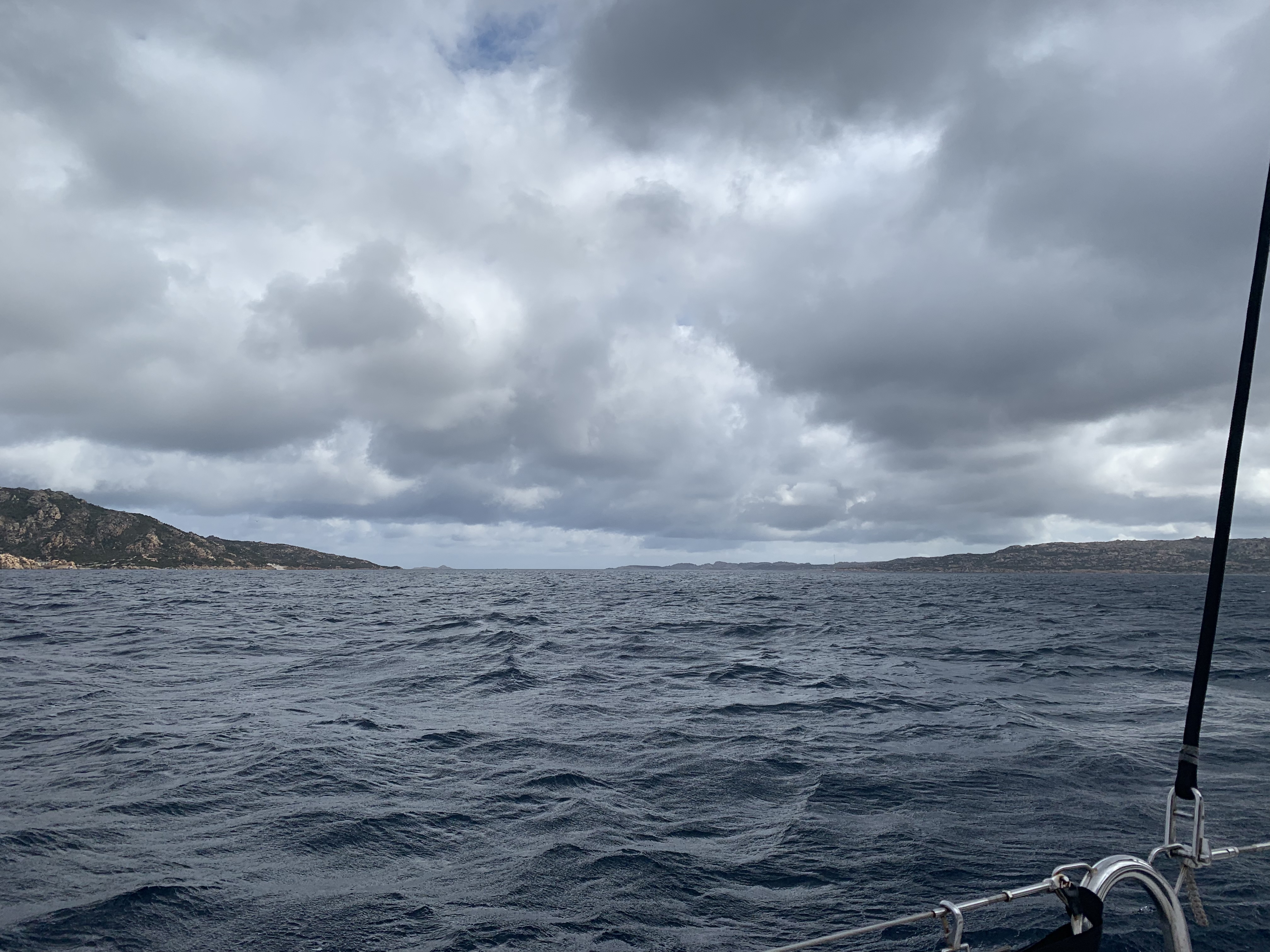 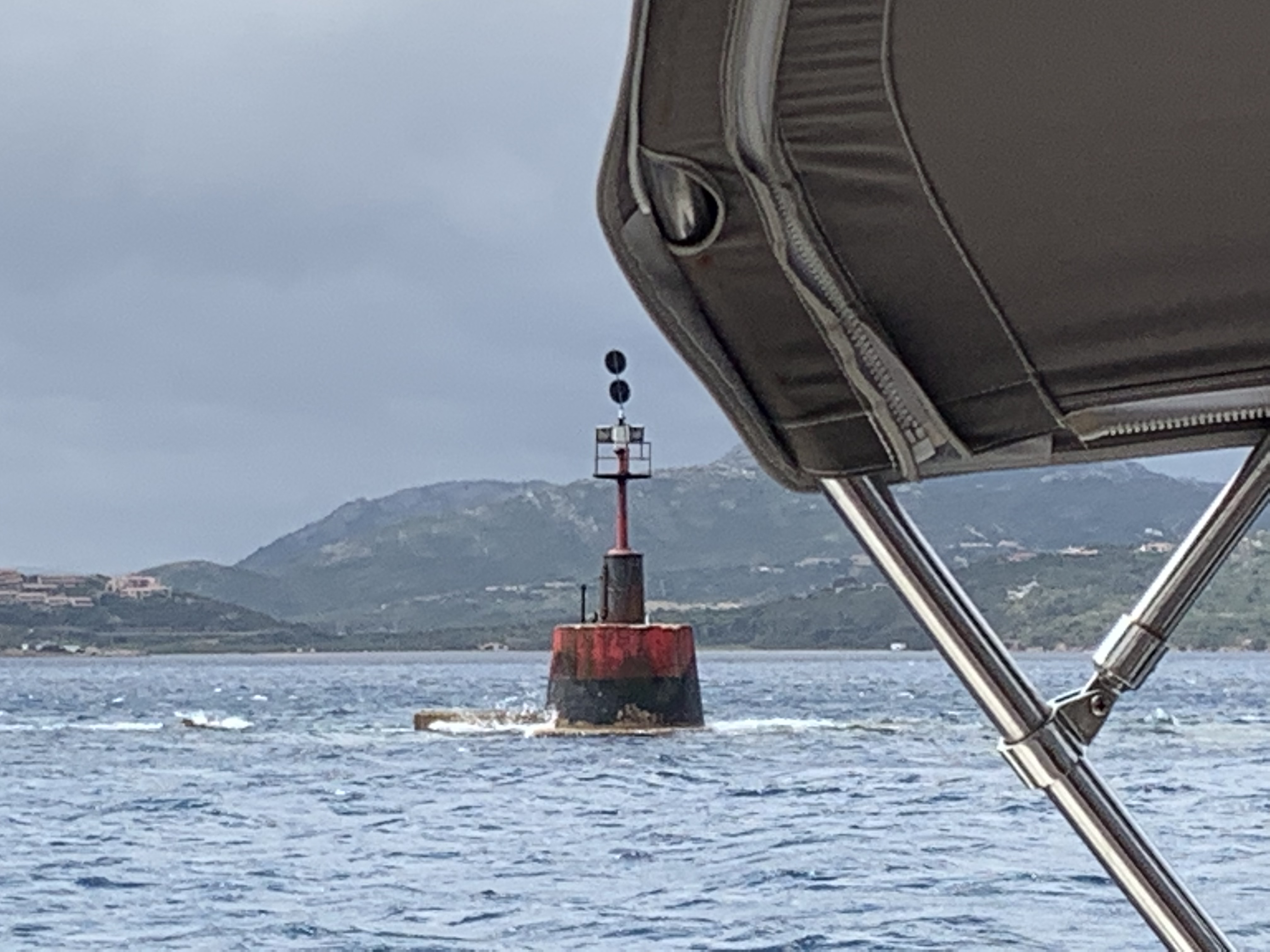 The morning brought back the cold, as it was only Saturday and Tuesday had not yet come.  We set off the dock and sailed through the rugged and rocky landscape of the nature reserve.  The captain sighed in this temporary relief of fish nets and buoys.  The clouds were thick and darkening and the wind was to build throughout the day. The short sail to La Maddalena had us with the jib out on a close reach in 15 to 20 knots.  Given the predicted winds and temperatures, we decided to pull into Cala Gavetta so we would have good access to a town.  It was not exactly “let’s jump off the transom and go for a swim” kind of weather.  Slender like a corseted lady, the entrance to the cala was dicey.  Ferries charged past the outside markers, currents were moving and wind was howling:  all were creating a general feeling of intensity.  The small marina was packed (so WE thought) tightly, with boats strung together, beams bursting into the narrow pass to the inner dock.  We, without a bow thruster, gratefully greeted a dinghy master who would go on to put on many performances of great bravery and feat throughout our two day stay. 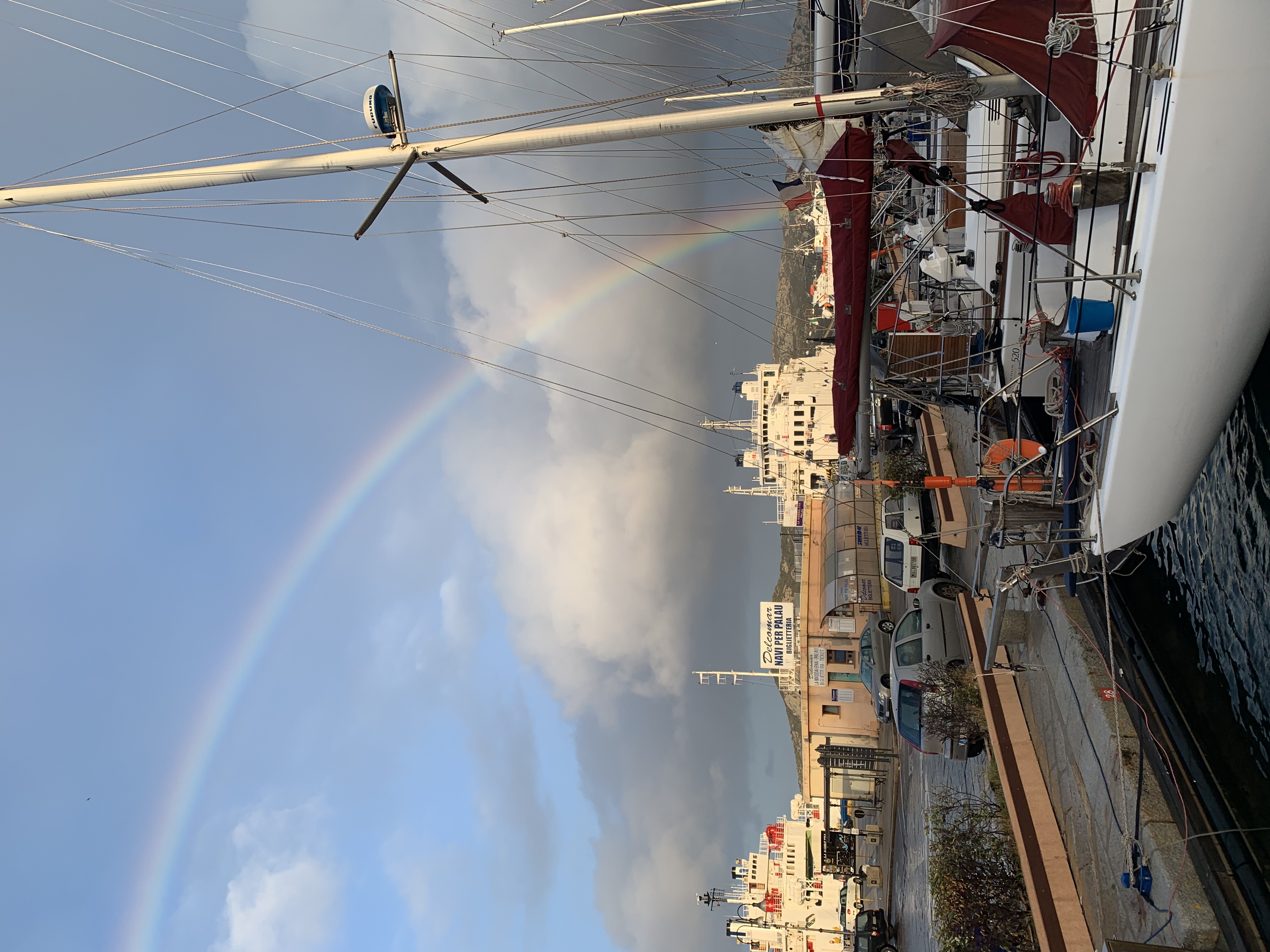 Cala Gavetta offered much in relaxation and exploration.  We hiked up through town and into the hills with vistas glorious enough to stir worship.  We stumbled into walled military postings (mi dispiache), frighteningly worn playgrounds with swings that swung more than the swing itself, and delicate remembrance gardens with statues and mediation paths up stone cut stairs.  We found delightful seafood and memorable pizza.  The friendliness of this culture is so compelling.  Language is not a barrier.  Whether in Italian or in English or in both, each party enthusiastically speaks and engages and sometimes even understands what the other is saying.  Words do not bear as much weight as the expressing of those words.  Here, language is fun. 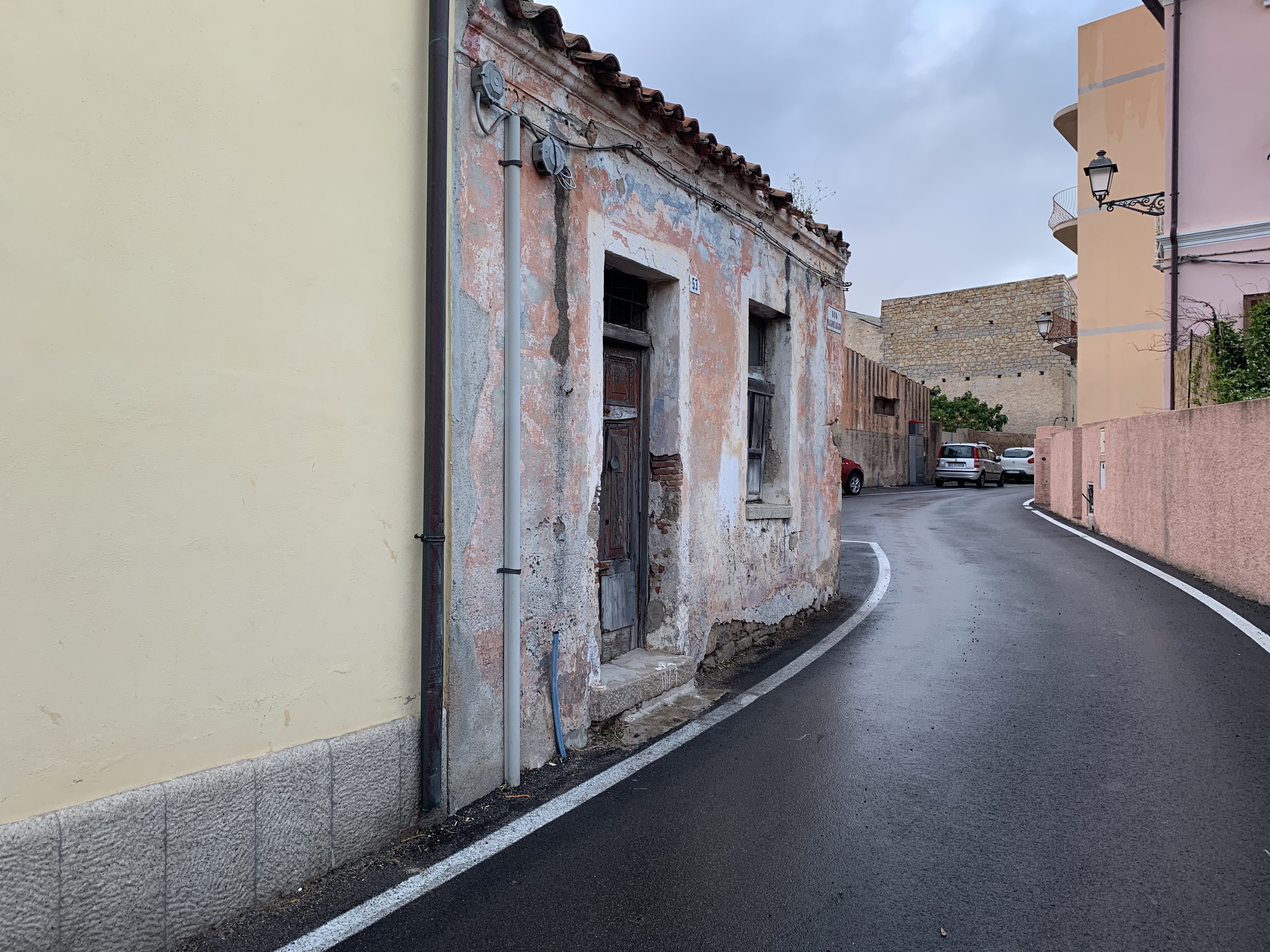 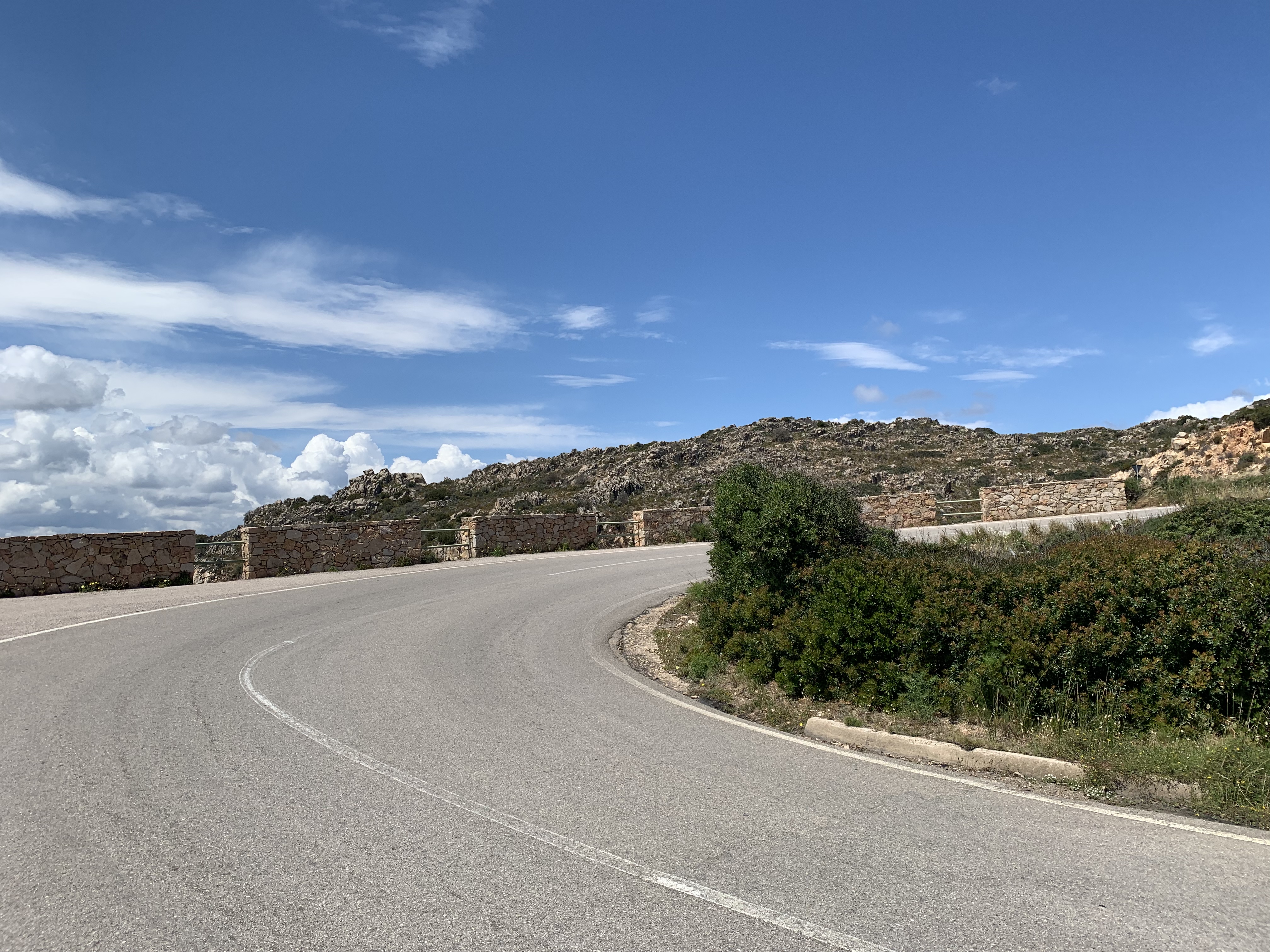 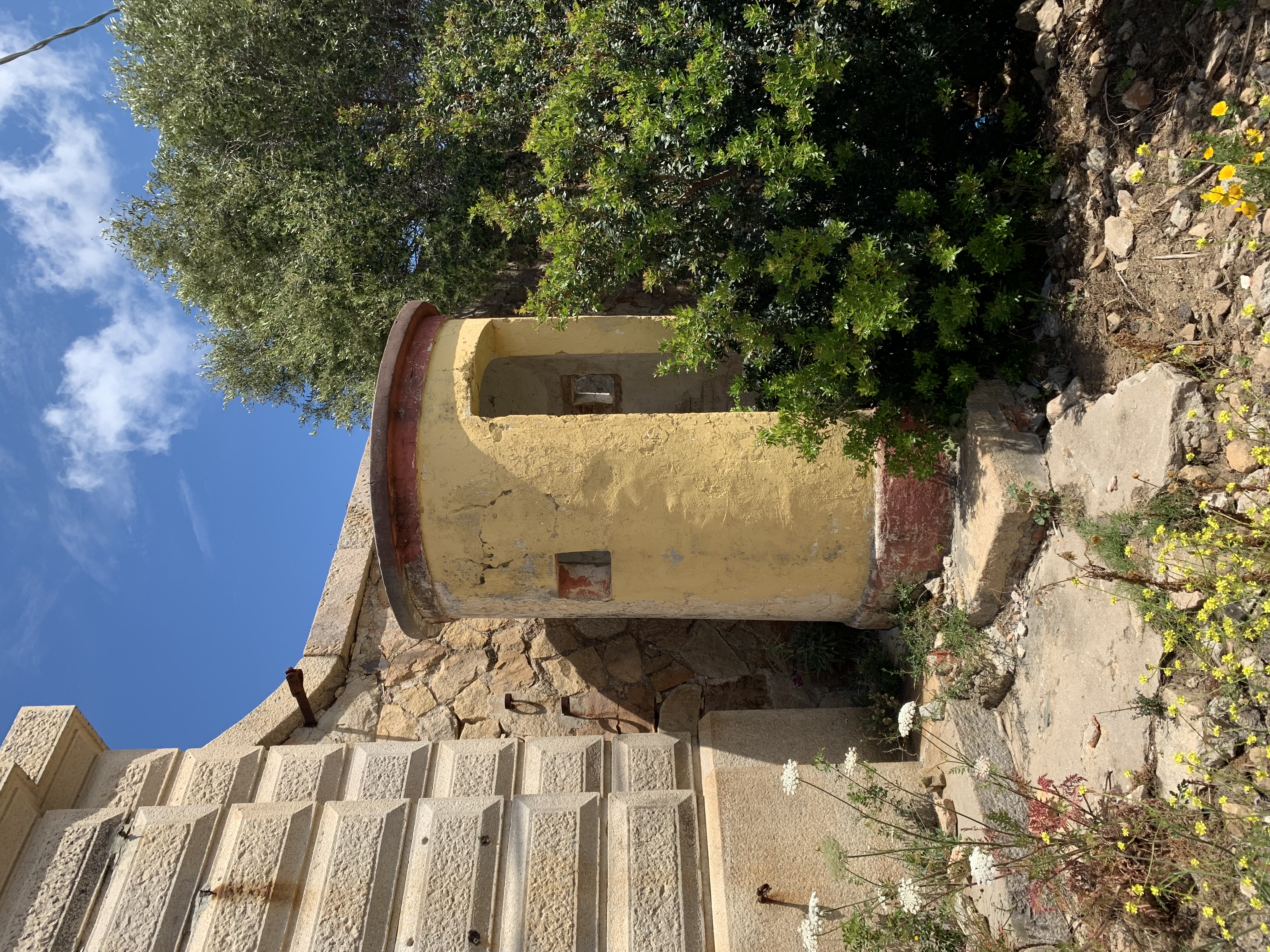 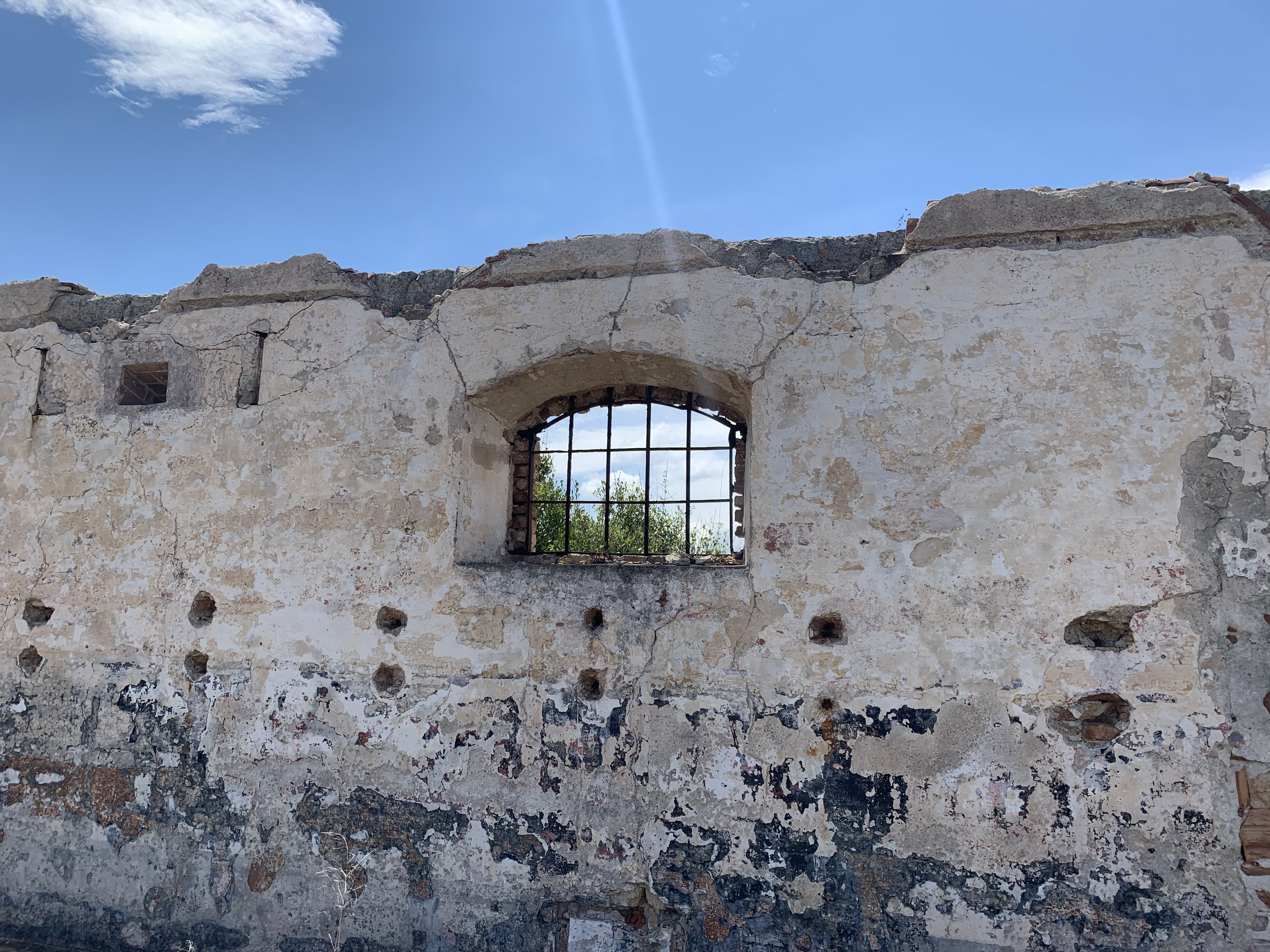 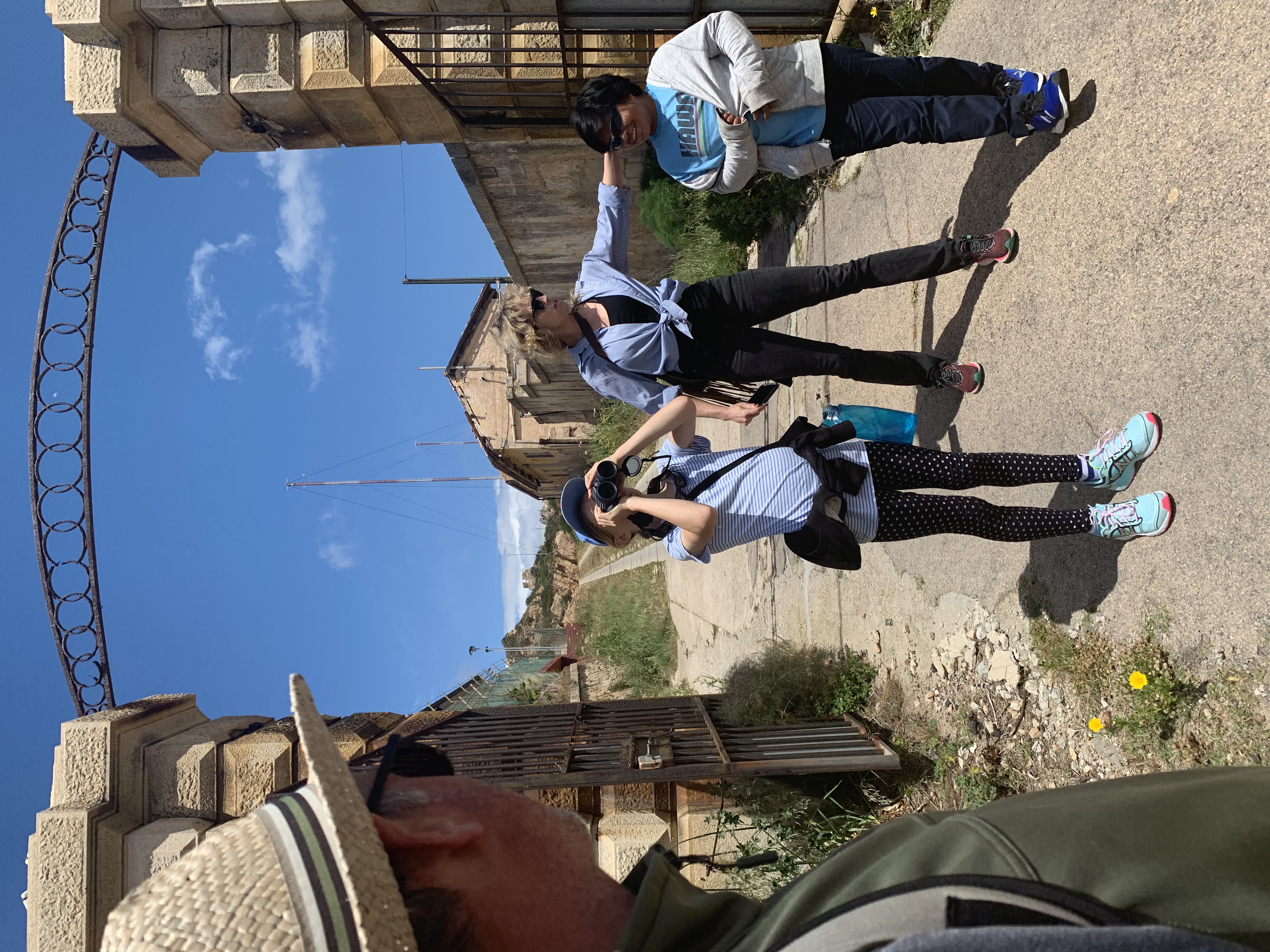 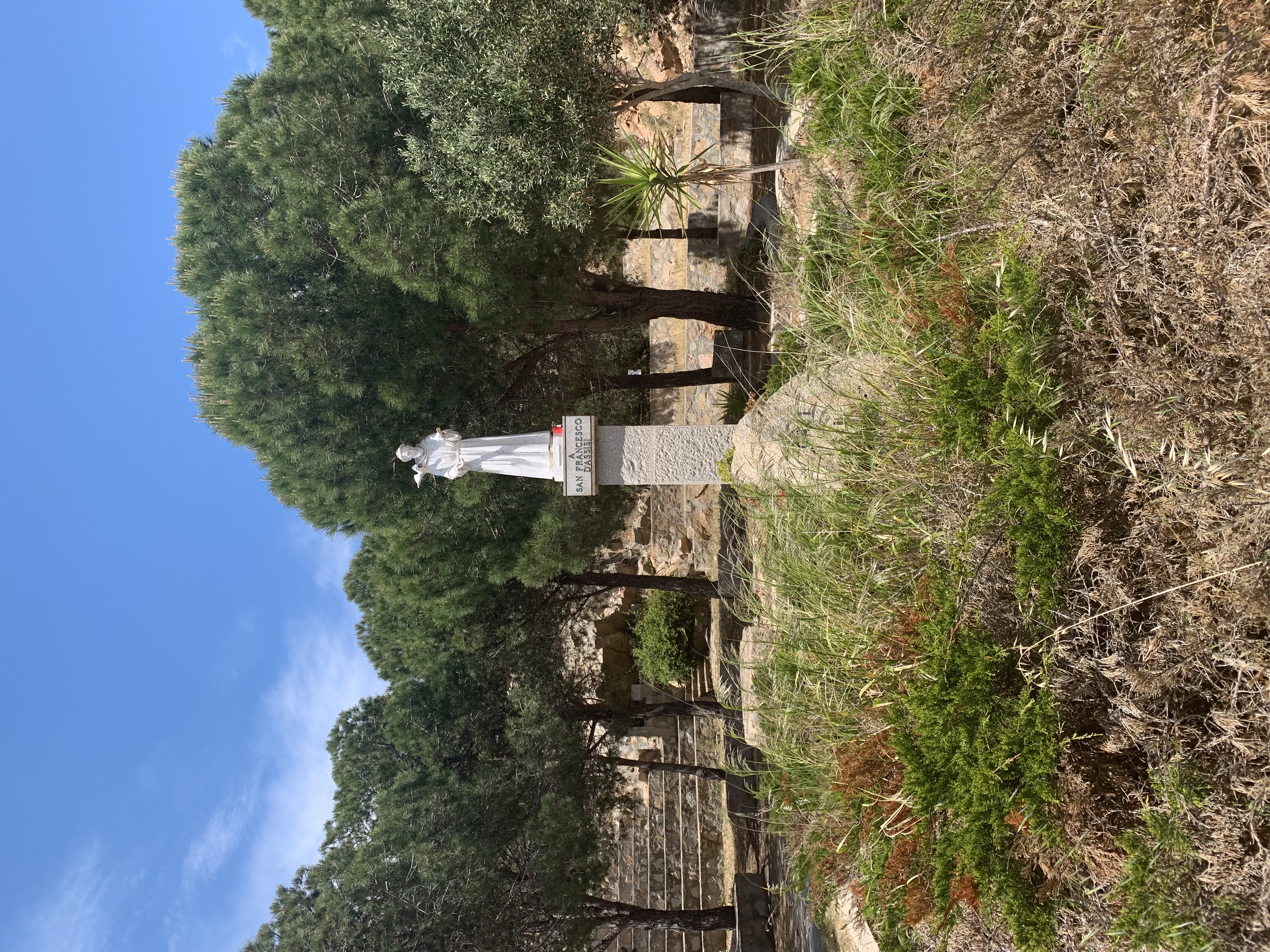 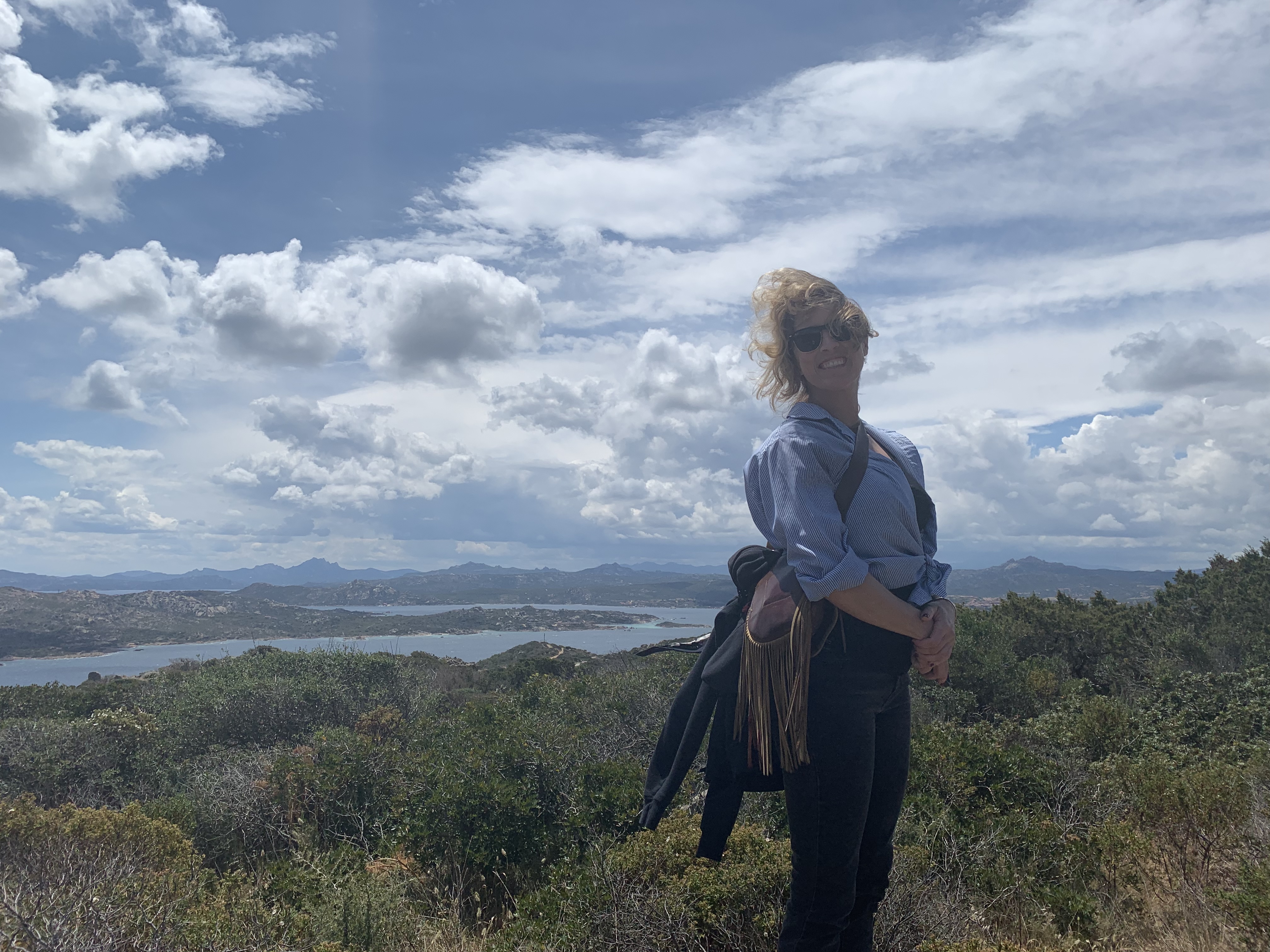 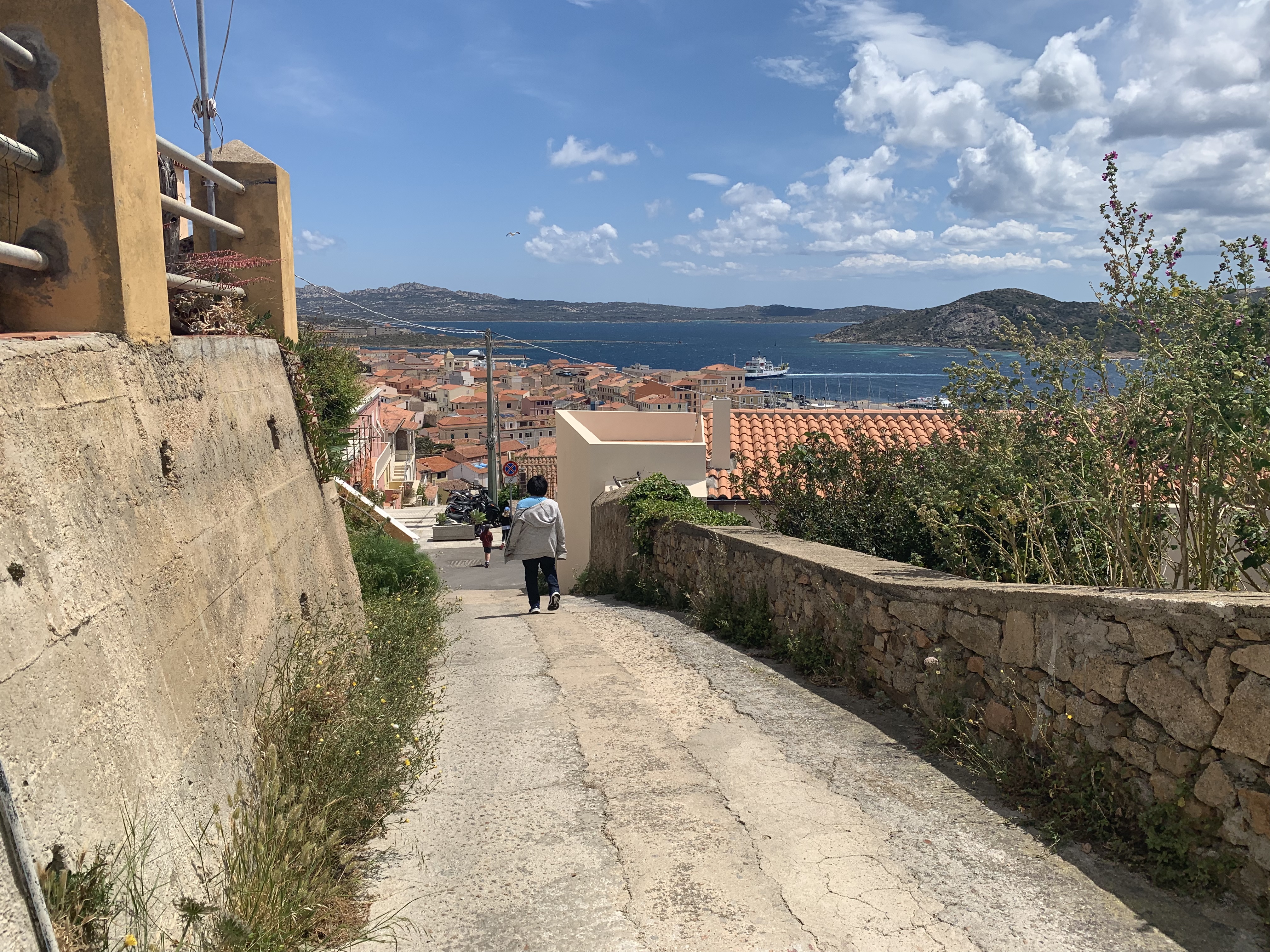 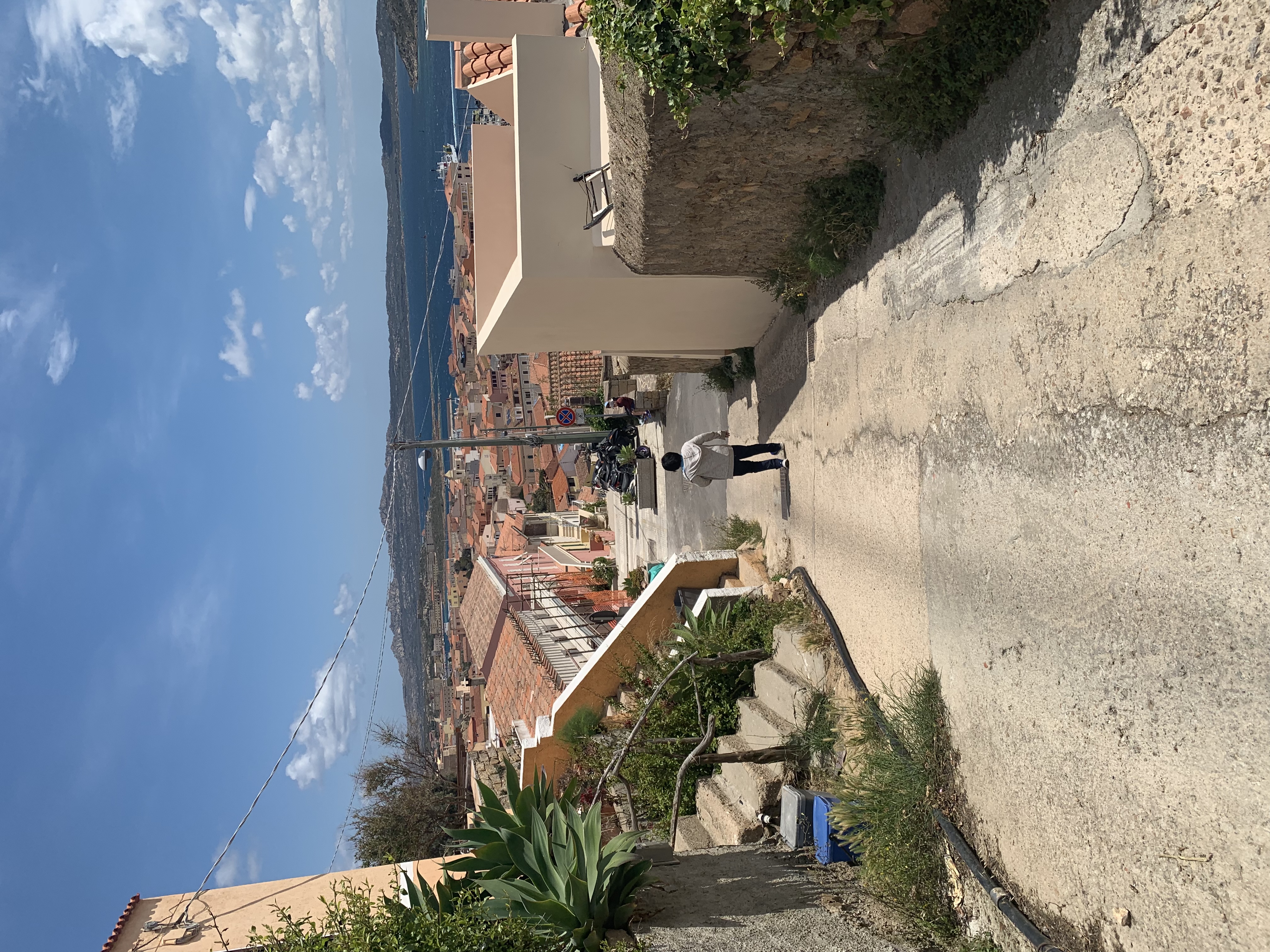 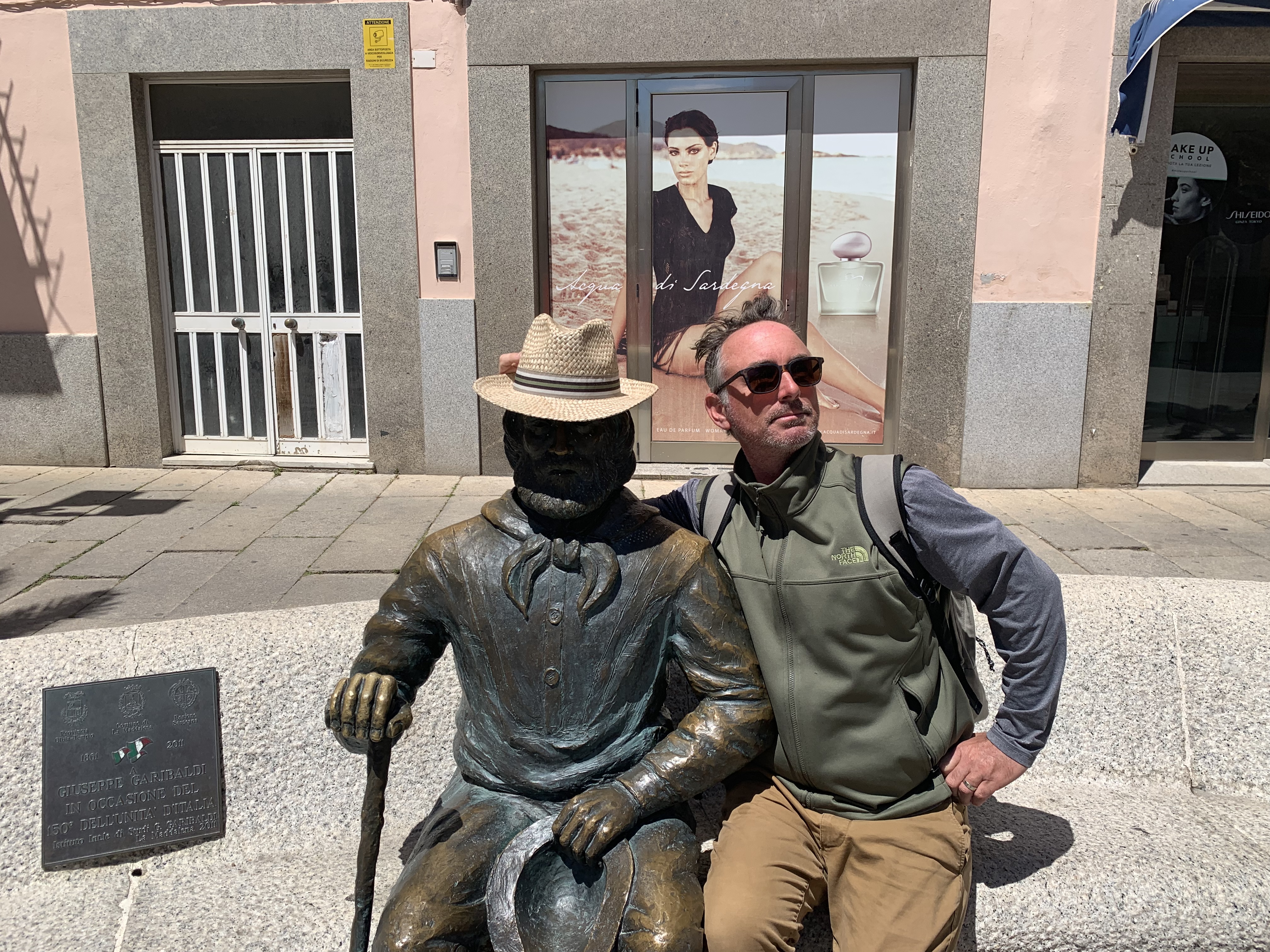 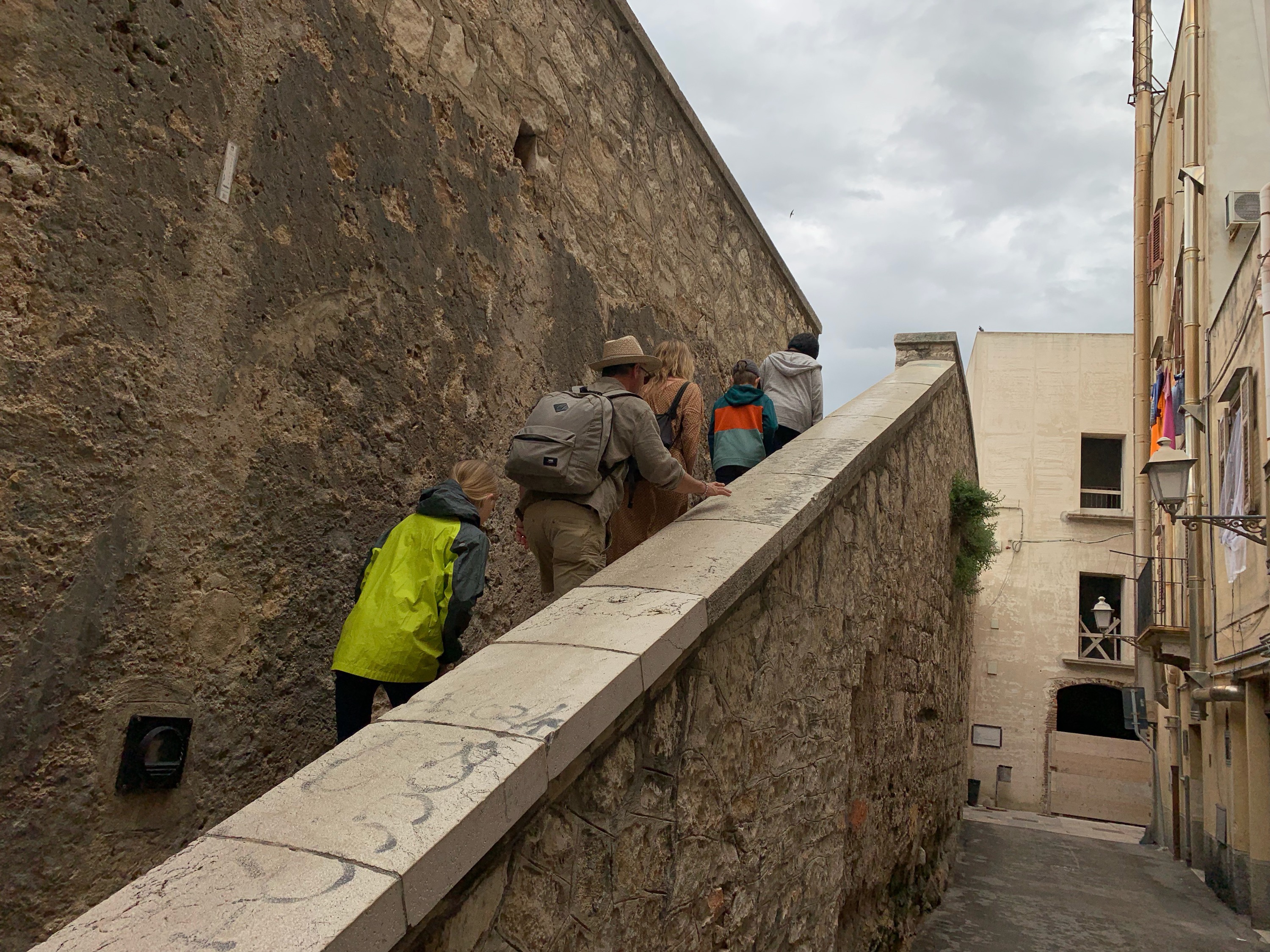 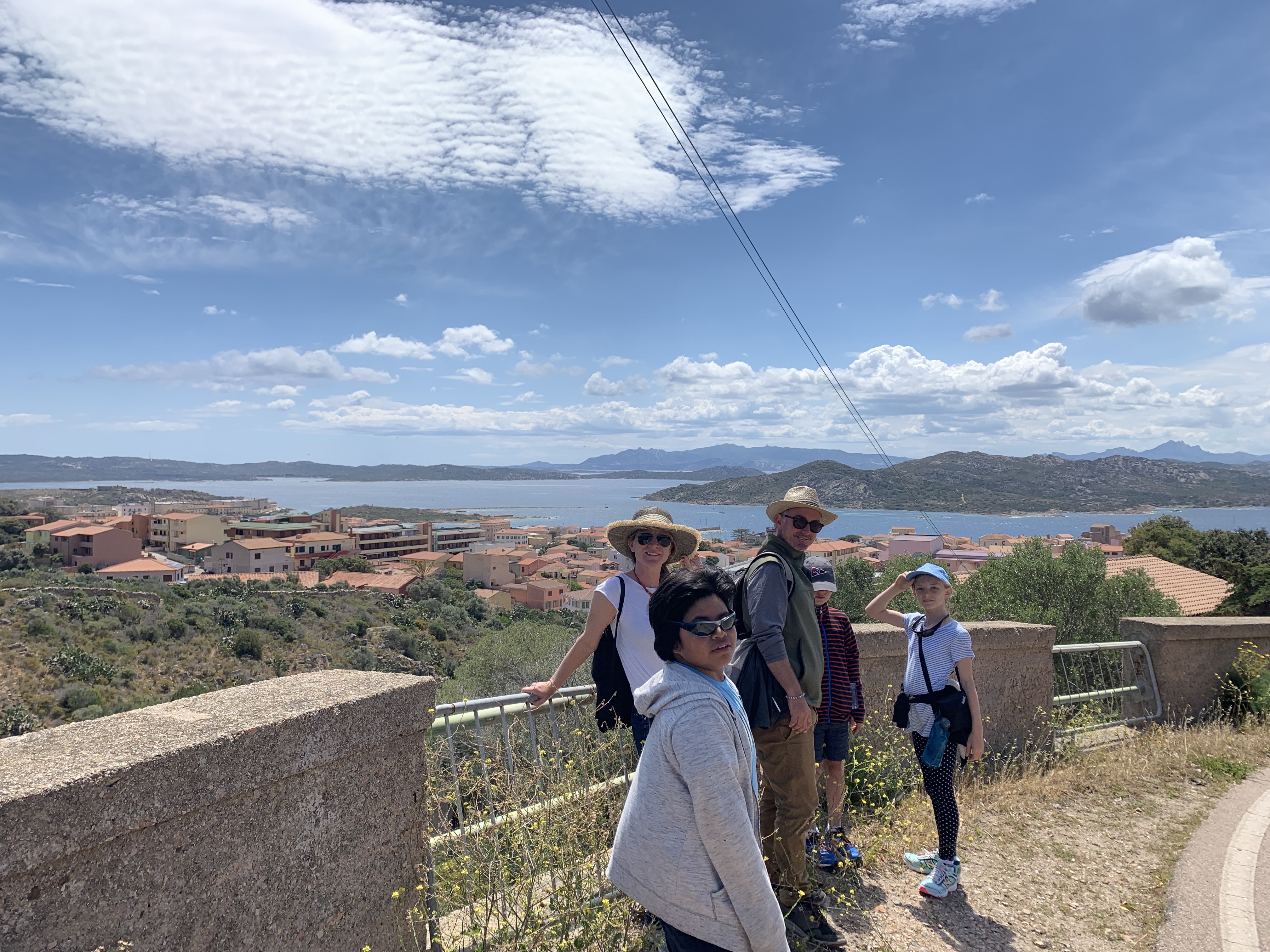 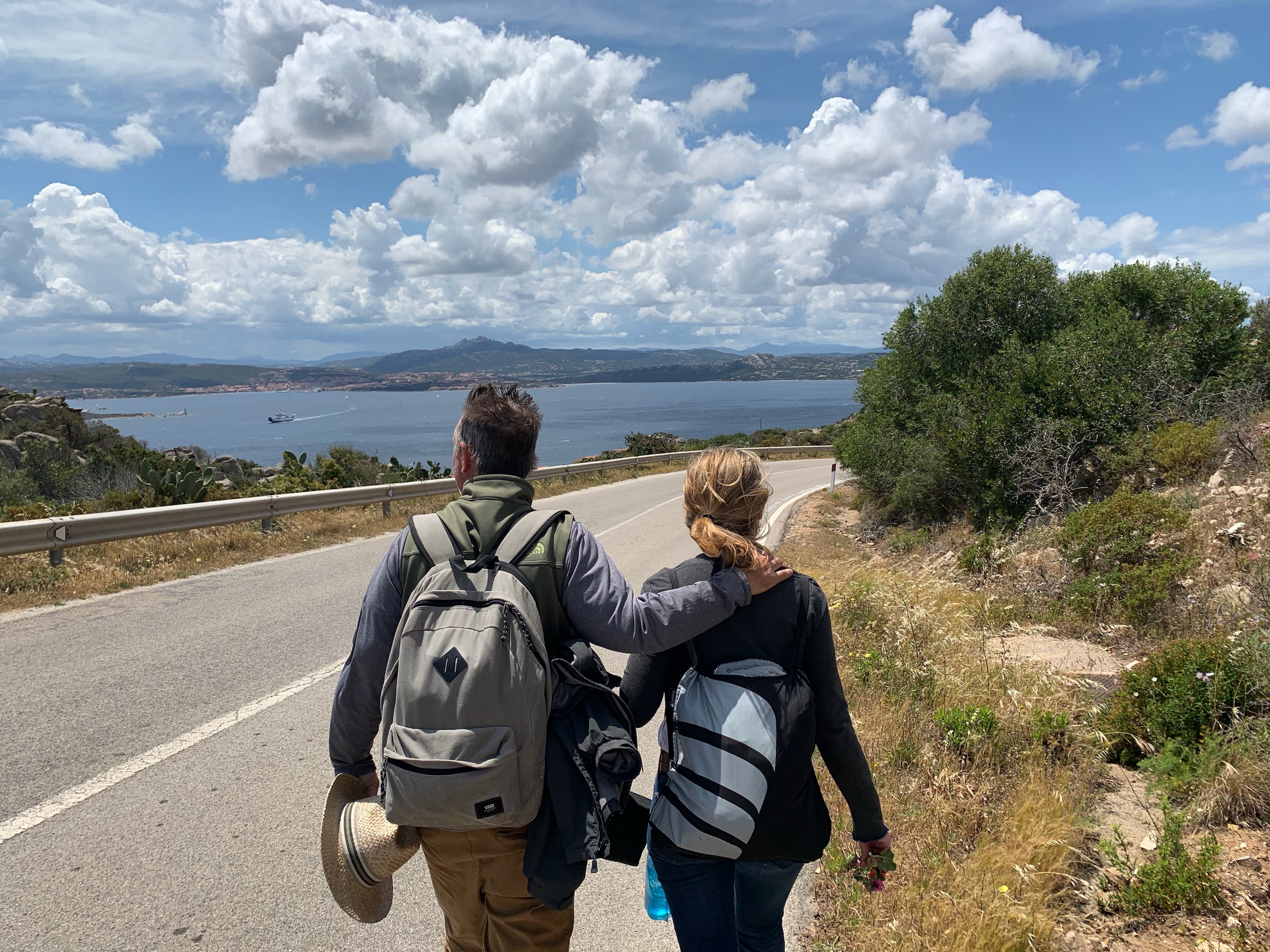 On Monday, we headed to a more remote cala.  The wind was supposed to kick up again, coming from the west, so we figured Cala Santa Maria with its east facing bay would serve as our protection from the western winds.  When we arrived, other boats dotted the anchorage.  We chose to drop our anchor, well in the sand between the reefs and rocks, just outside of those already well dug.  And then they left.  Most cruisers (I suppose) are thrilled to have a bay to themselves.  We often fret when we are the solo boat in a harbor, “What does everyone know that we do not?!”  We were alone, with only several moored fishing dinghies.  The wind came.  The swinging began.  Take your partner and all that jazz.  Not unsurprisingly, Justin and I were up most of the night and had pulled anchor at dawn.  The kids (and AKB) slept most of the short journey to Porto Cervo.

We joked repeatedly about not worrying, that “summer” was coming on Tuesday, but we were joyed to find the sun shining in Porto Cervo.  The temperature warmed, though still quite chilly at night, and we lived a couple of days in odd off season of where the wealthy, as in ridiculously wealthy, go to summer.  The old village featured boutique shops and designer labels, where prices were either unmarked or marked so high as to need a comma.  Undeterred, AKB and I touched the fabrics and the hem lines, were offered the various perfumes and sprays, and politely declined the purchases.  We did not hesitate to purchase the offerings of food and drink and were often quite proud of our choices.  The groceries were all closed, no matter how far you walked (thank you Captain for your efforts).  We took stock of our cabinet supplies and deemed them sufficient for the passage to Sicily and chose Thursday as our day of departure.  Apparently, we will only travel on Thursdays this trip! 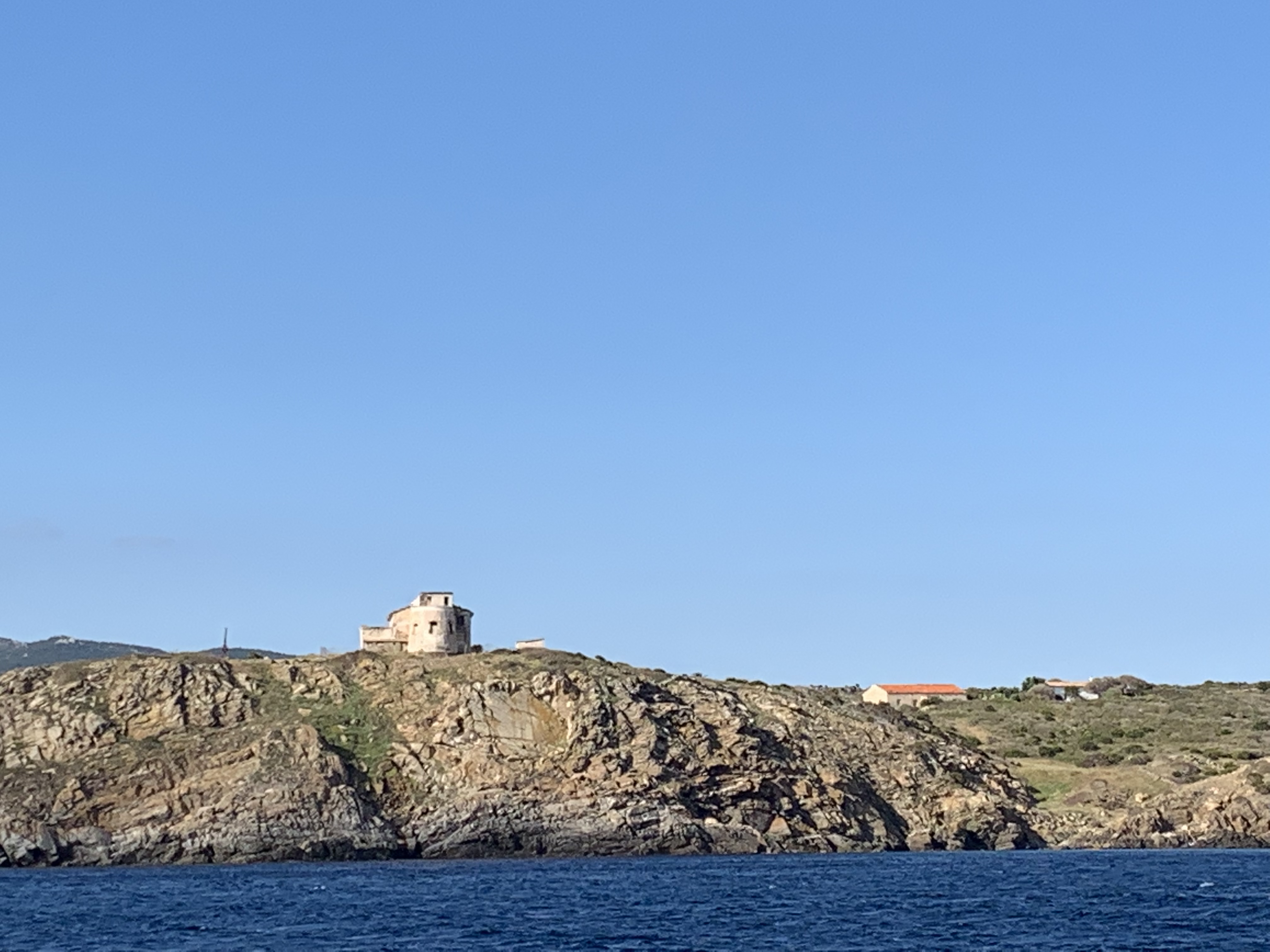 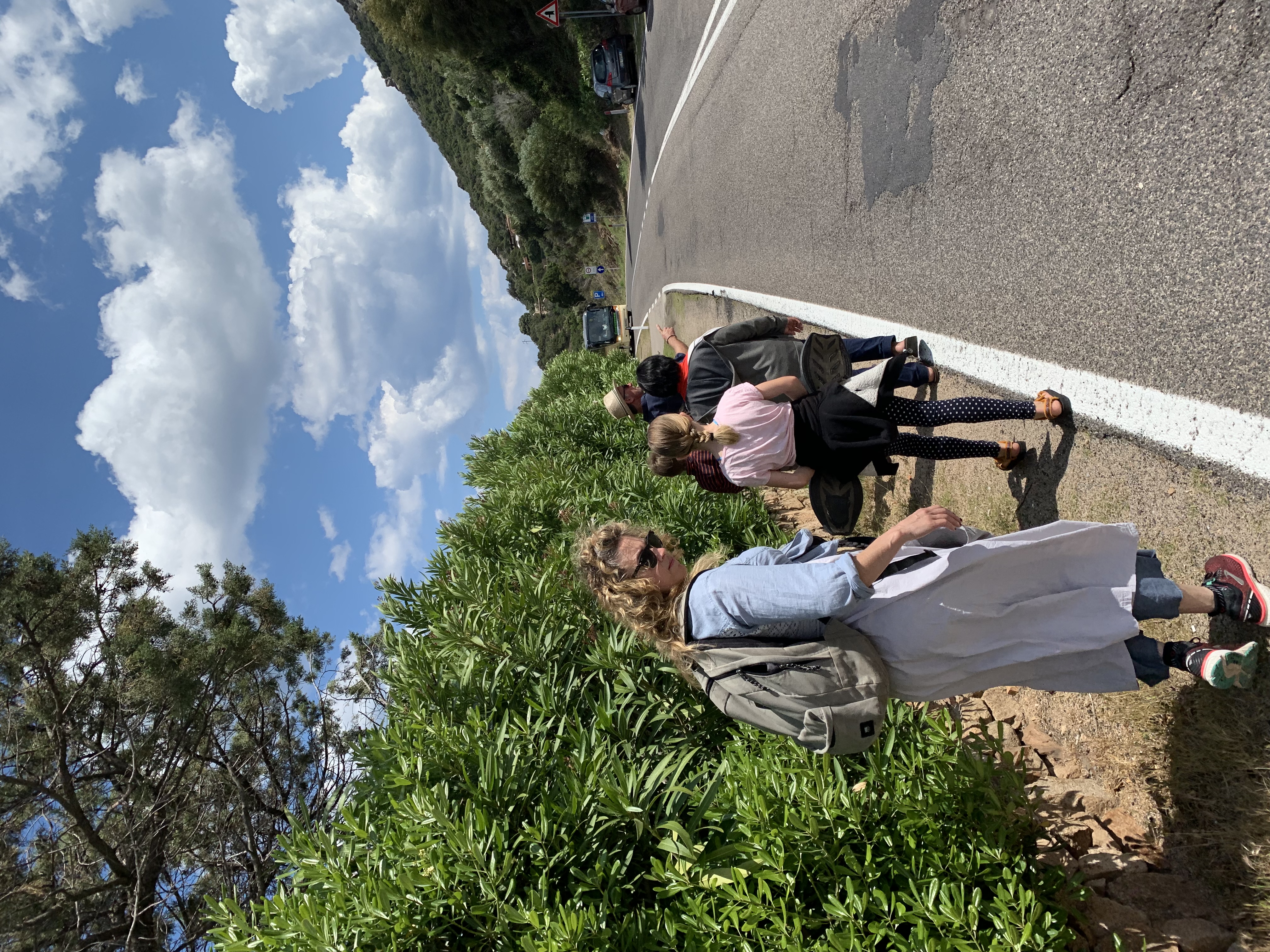 A more serene crossing could not be had.  The sea was flat.  We motored-sailed for much of the trip, keeping our sails full but only getting an extra knot or two out of them.  We made amazingly time.  What was supposed to be a 30 hour trip took only 27 hours!  We carved out meals from cans and boxes.  We ate the last of the fruits and meat.  We tried the black bean soup we picked up in Spain only to find that it was squid ink (maybe).  We were greeted by teams of dolphin who raced up to dance in the water, flipping and spinning next to the bow and jumping high up and out next to the beam.  A whale (Maybe?!  About the length of two bottlenose dolphin with a huge fin and a slow and unphased approach.) was seen by a few of the crew.  We watched as the sun set and Jupiter rose. The stars were so bright as to guide.  The moon came late and its eerie red half orb appeared so odd on the horizon that I wondered what it was.  AKB exclaimed, “It’s the moon!” and I worried less about hitting it. 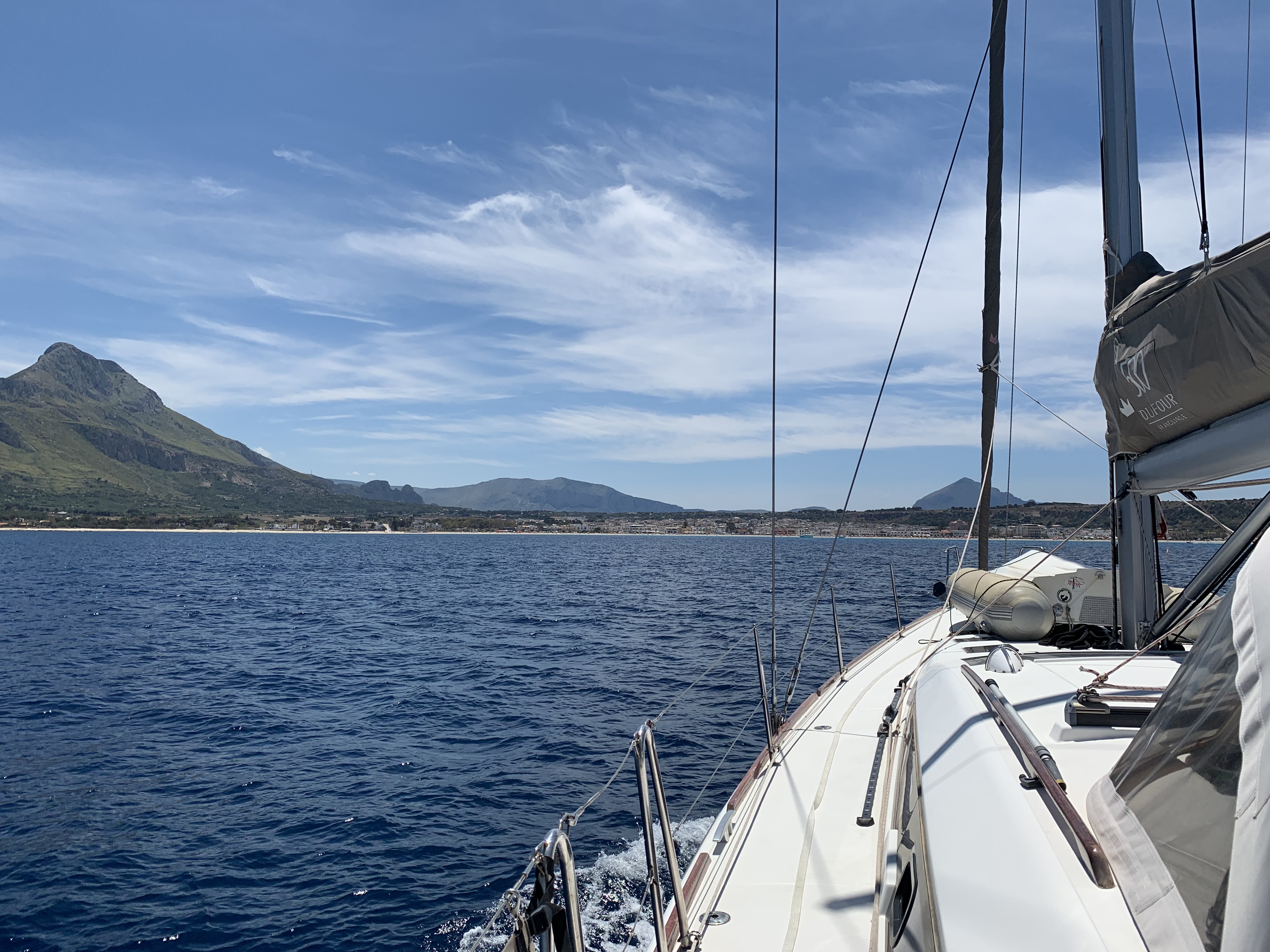 Capo San Vito provided an incredible anchorage with towering cliffs, stunningly clear turquoise water, and a white beach.  We dove off the transom into the wonderfully refreshing water.  After all, here in Sicily, it’s summer!