Alghero. Yep! I had never heard of the town either before we arrived. The ancient walled city, replete with tourist trinkets and gelato shops yet not overrun with them, is a maze of cobblestone and terra-cotta. The sea wall keeps watch over the Med looking west and northward. Magnificent. If you’ve gotta be stuck somewhere, this was not too shabby 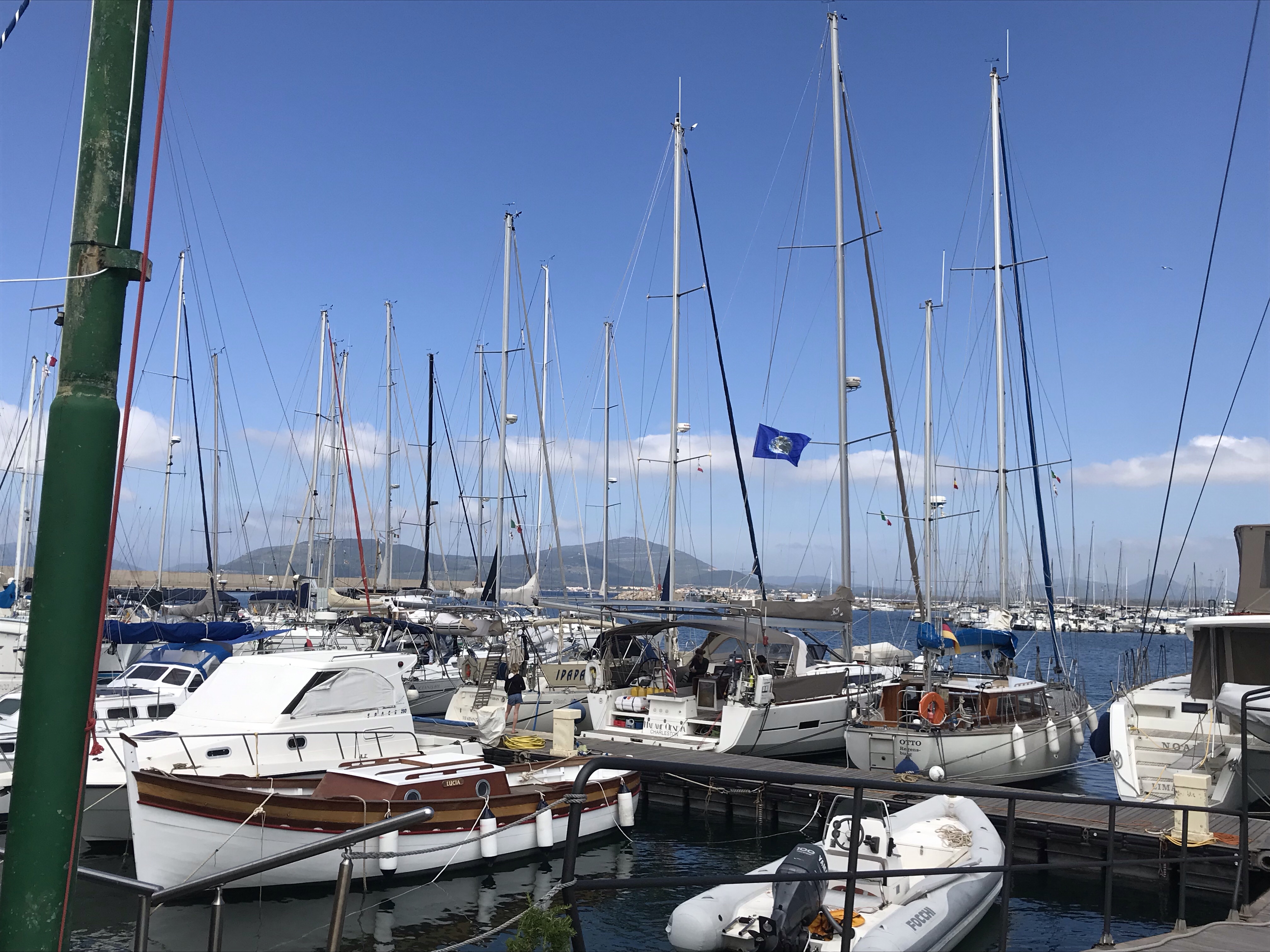 We found ourselves med moored on the “transito moll” in good company and took the opportunity to make some great new friends. Chris, an Austrian university professor on sabbatical returning from the Canary Islands, and Michel and Enge, Belgians, both 82 years old on a beautiful boat they built themselves some 24 seasons into their Med sailing. We shared weather info and stories, hosted and were hosted to cocktail hours aboard the boats and generally enjoyed our little community. The weather was volatile to say the least. Angry north Mistral winds howled, temperatures topped out in the 50’s Fahrenheit (which equates to negative 140 Celsius I think) and Quinn and I stood on deck spotting tornado funnels trying to reach the water from the black clouds.

We scurried about the city taking in her many treats. The food was Italian and focused on the sea. We scoffed at the prices but not how you would expect. Proper Italian pizzas with shaved ham are 5-10 euro. A bottle of wine is the price of a cheap glass in the states. The marina, abutting the wall of the old city under the ancient cathedral is 40 euro with free water. As I said, if you’re going to be stranded by a Mistral…..fine by me. 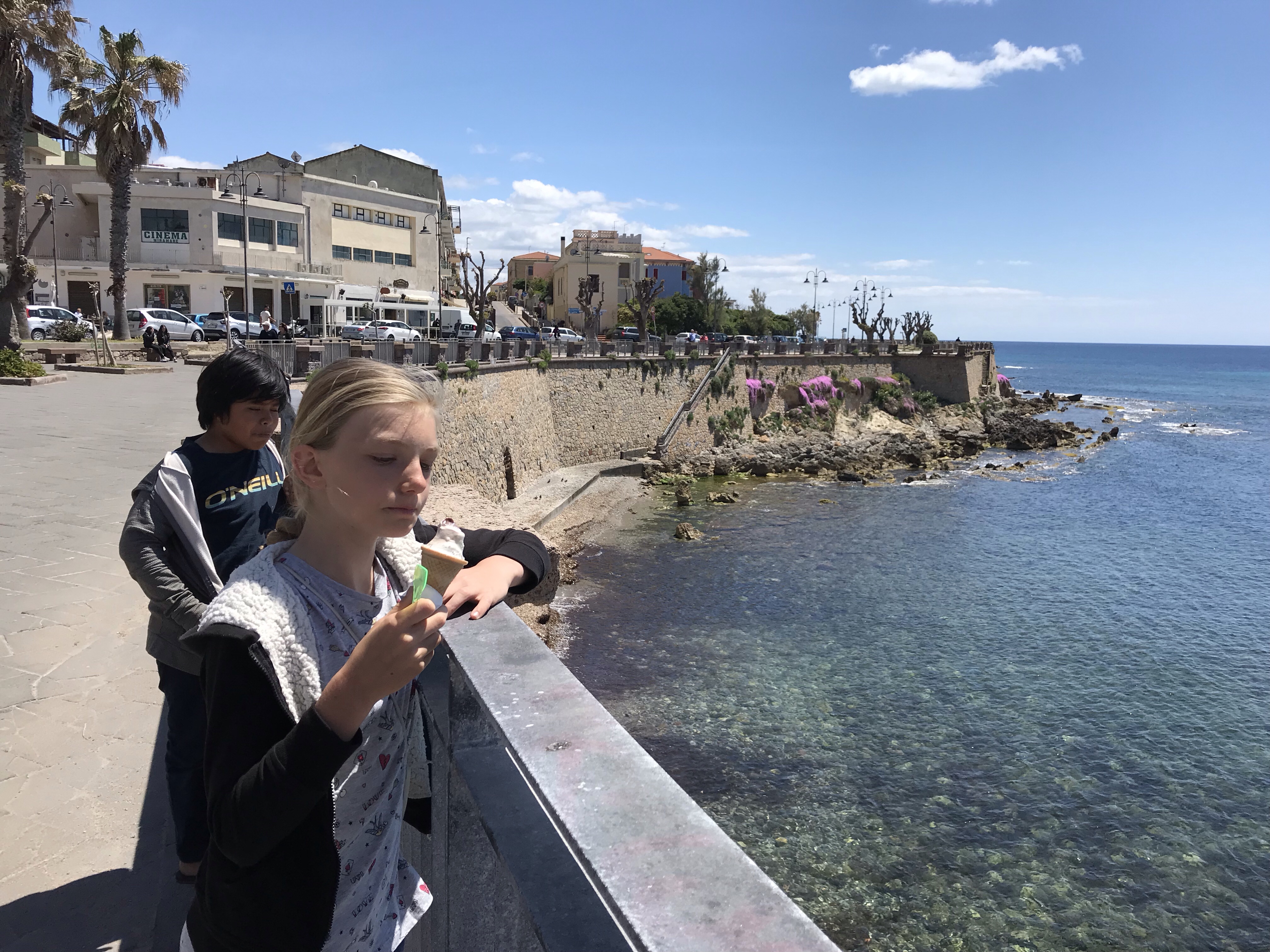 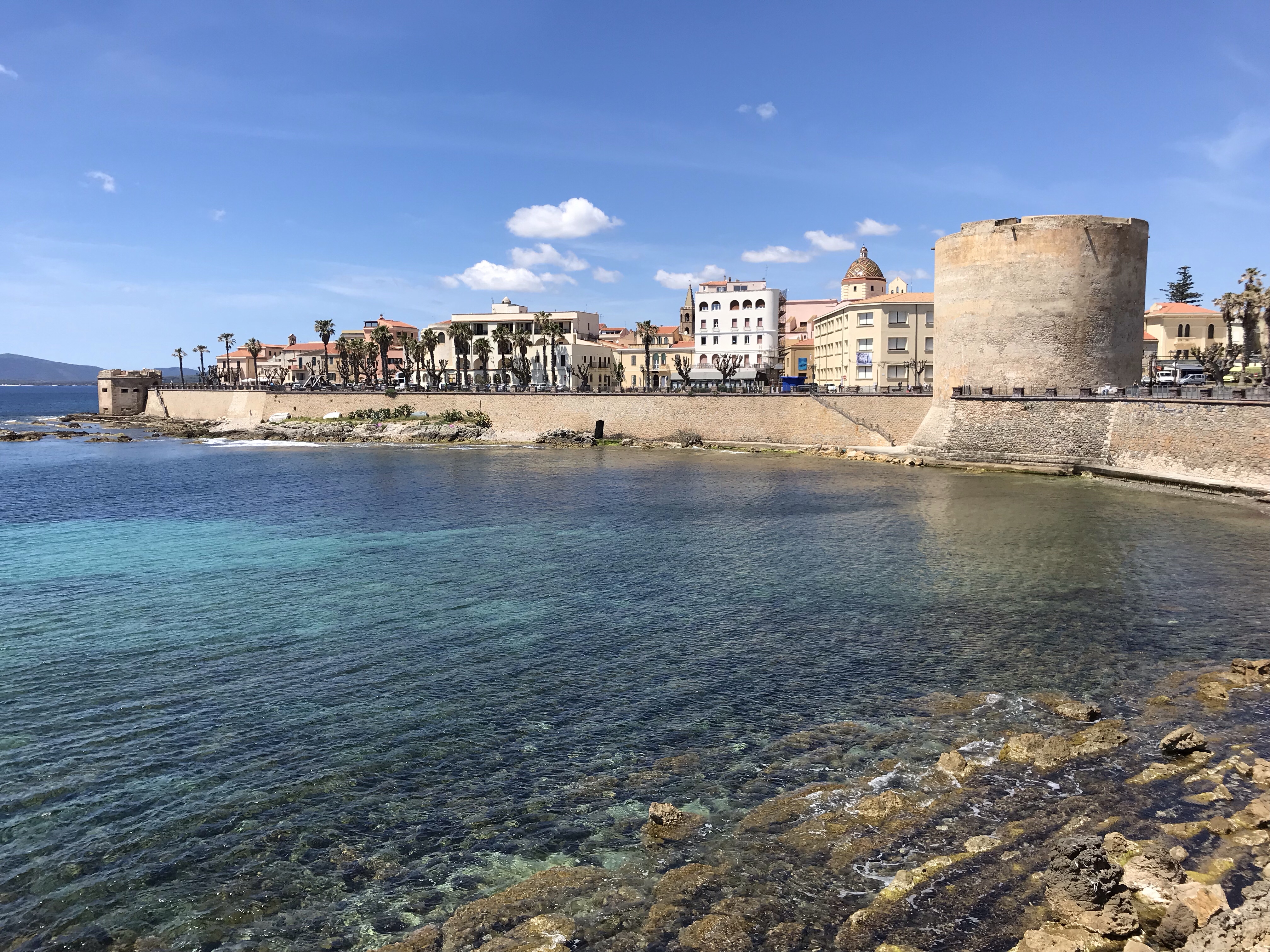 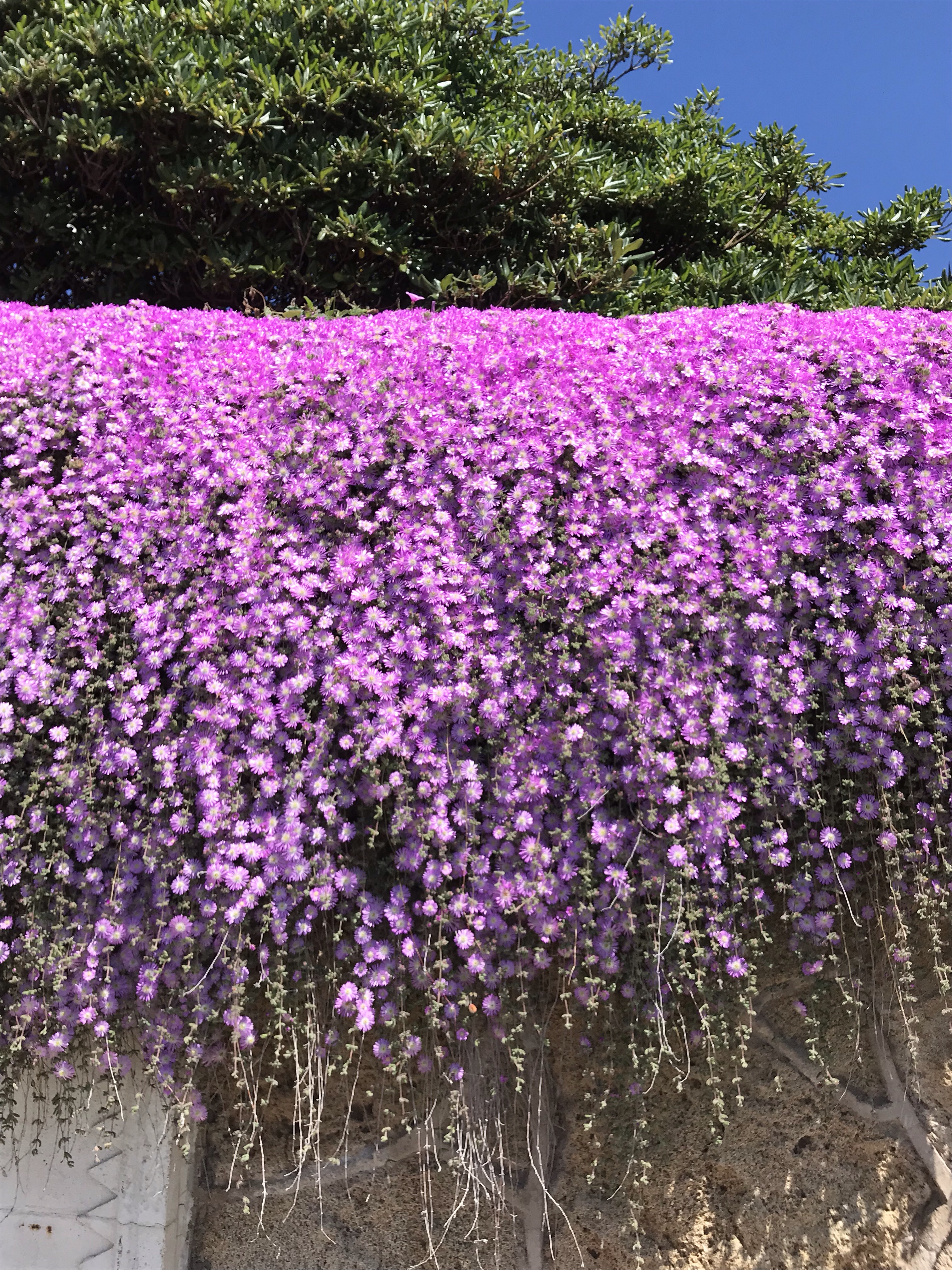 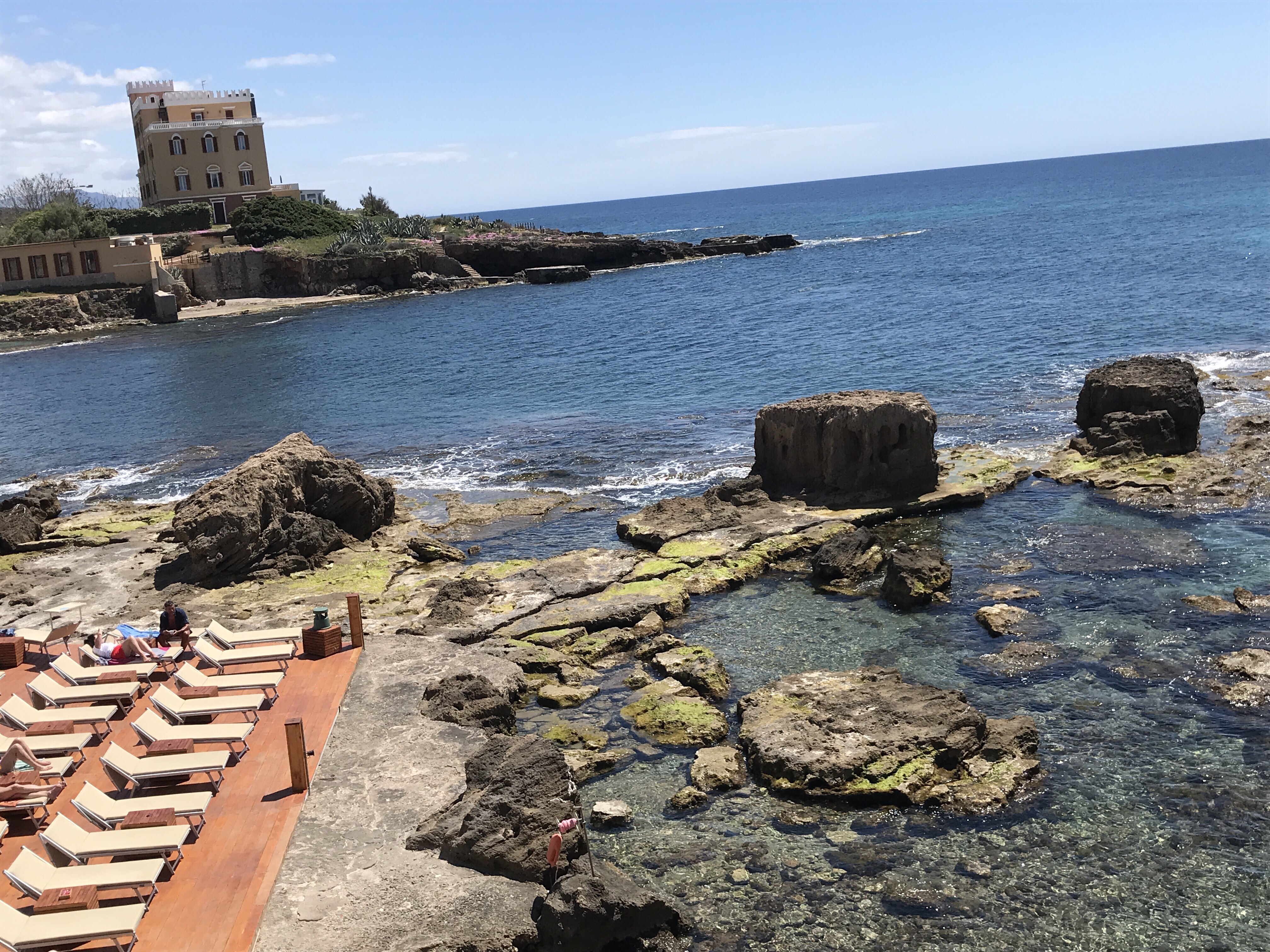 The city wall is a promenade of restaurants overlooking the bright blue sea. Typical cannons line some portions but to everyone’s delight so do giant antique catapults! Kelly spotted the enormous stone bombs on the beach and reef under the weapons proving they were not just for show. How would you retrieve a misfired catapult bomb at the bottom of the wall? I surmise it would be easier to force a prisoner to just chisel a new one out of solid stone.

Thursday, 6 days since our arrival, proved to be the weather window we had been waiting for. Kelly and I provisioned and the kids put away their rip sticks and scooters having rolled around every inch of the city, cobblestones be damned, and chased local kids around the square. It was really how we had envisioned Europe for them before this trip was a reality. And if we had to sit outside at a cafe watching free live jazz over a gin and tonic in order for that to happen-well, so be it. 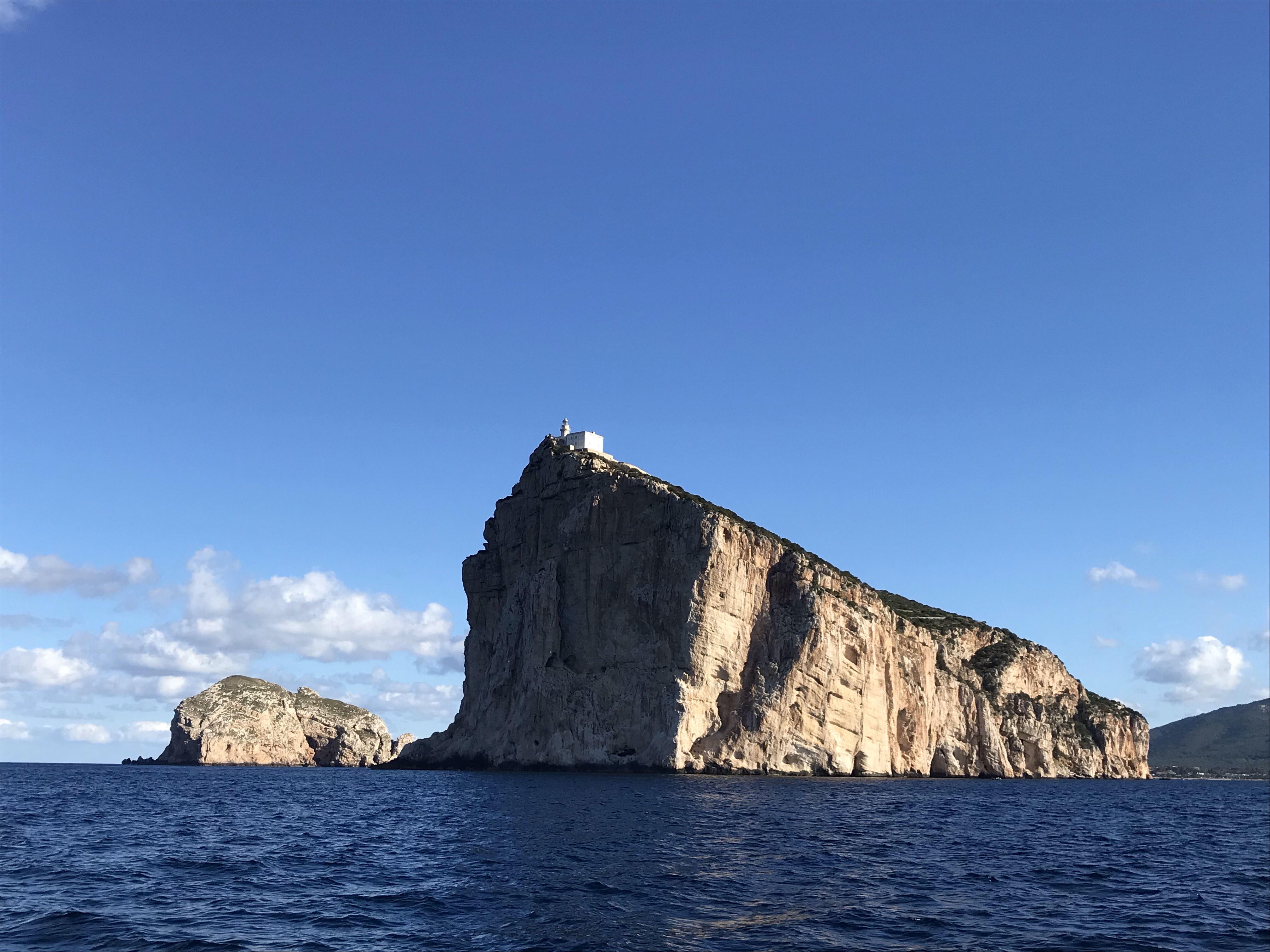 We bid our new friends “arrivederce” and headed north around the 900 foot vertical cliffs of Capo Caccia towards the famed Fornelli Passage where the depths drop from 4,000 feet to a mere 12. Here the water turns electric blue and rocks four feet under your keel look inches from the surface. Ancient lookout towers flank the passage, crumbling. To starboard is the extreme northeastern point of Sardinia. To Port lies the southern end of Isola Asinara, a scrubby barren island, now national park, formerly a supermax prison site for the Cosa Nostra (or Mafia) convicts. COOL!

My heartburn returned through the narrow shallows as it has for the howling Mistrals at anchor and the long overnights offshore. Between the cold, the stress of the weather and the unforgiving rocky surroundings I have not been at ease very often but an adventure this has been in no uncertain terms. 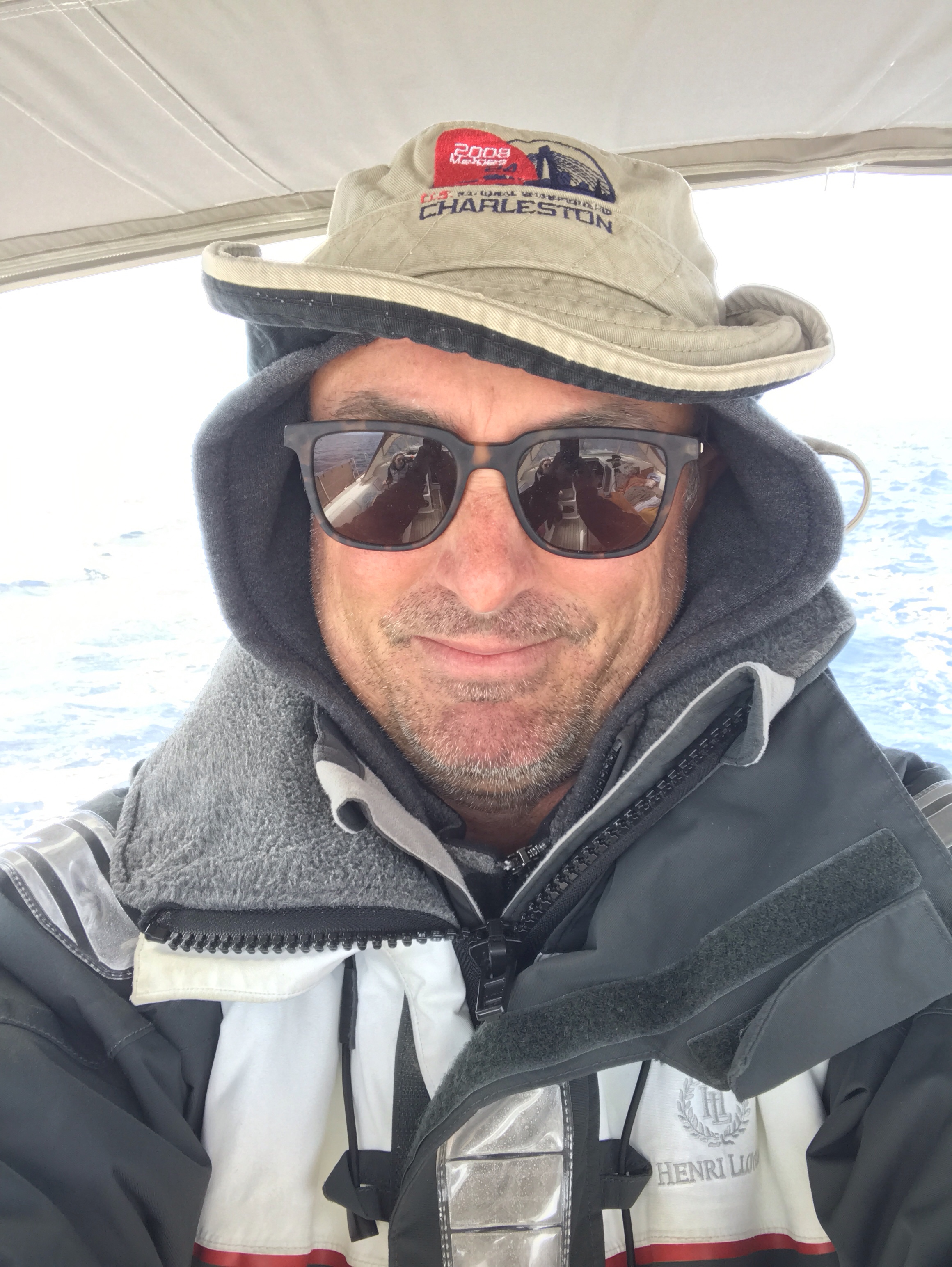 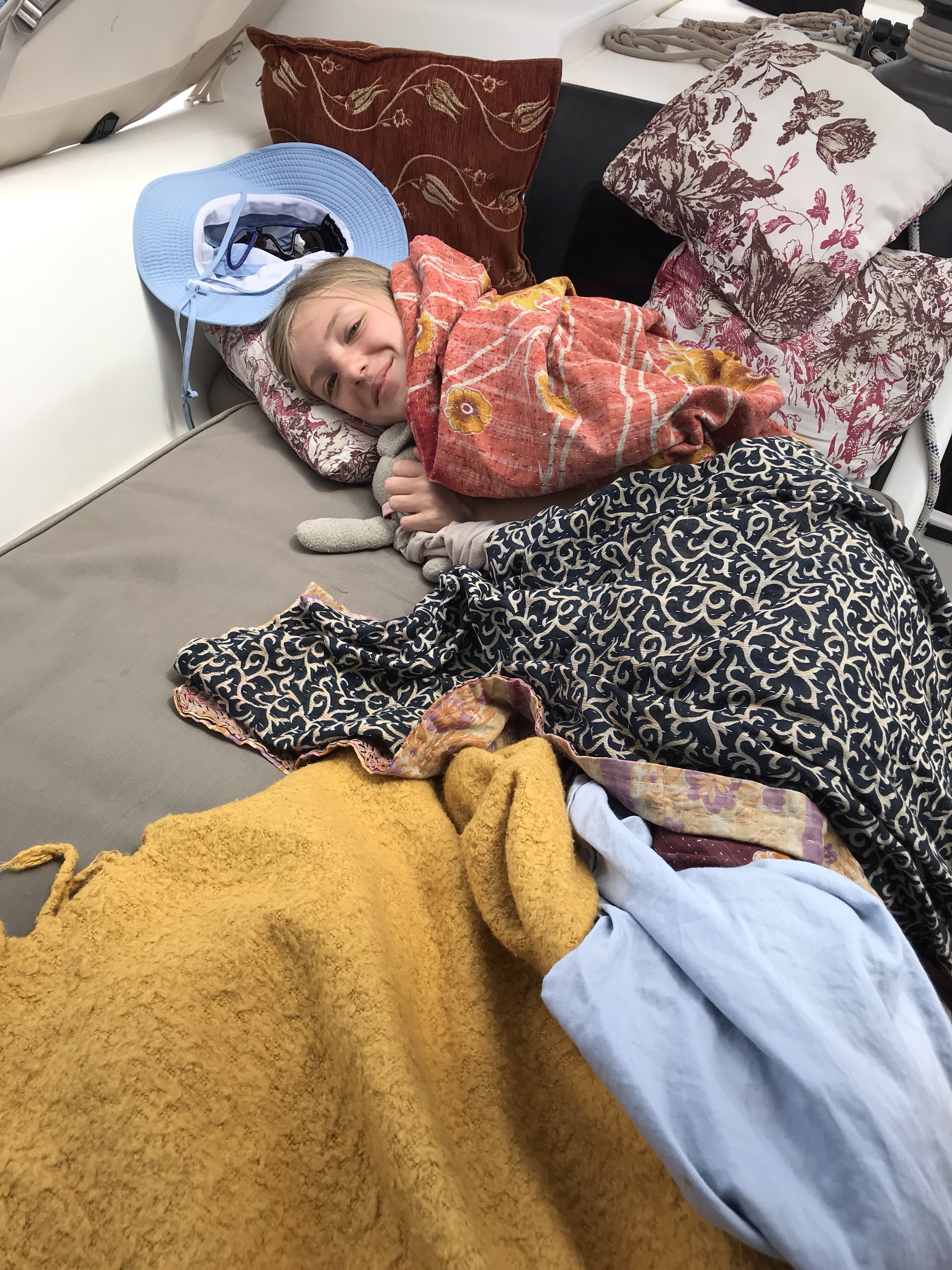 We rounded Capo Testa, the extreme northern cape and dug into the long tight Cala (natural harbor) of Santa Theresa Di’ Gallura. I mean, how can you not press fingers together, shrug your shoulders and wave your arms when saying this? I am unable to “uh-helpa muhselfa”. Sardinia is simply awesome. As I write this bit The wind has returned. We are safely docked with 25-30 knots howling in the Bonafacio Strait just outside the harbor mouth. Towering mountains and the steep chalky cliffs of French Corsica peeking at us from just 7 miles across the frothy sea. Our Swiss neighbor at the dock here says Corsica is beautiful but “the people…..they are unbearable” whilst holding his nose. Hilarious. 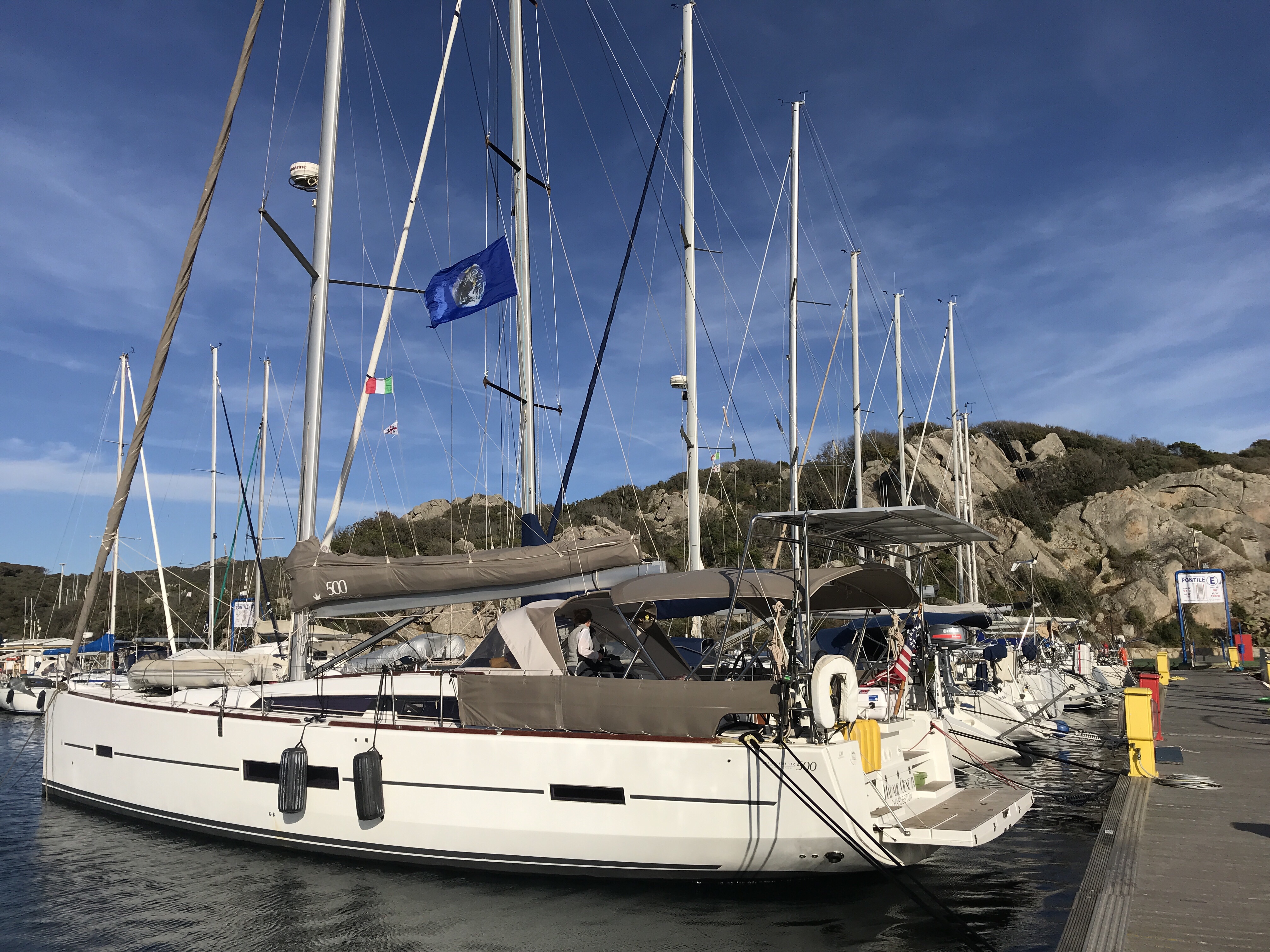 Our dear friend Kelly Baldwin flies in tonight to join us for a couple weeks. She has sailed with us in Maine, Newport and Grenada and will accompany us for the west coast of Sarda through to Sicily. She is smuggling a 3000 watt transformer and 3 fresh water manifold in line diverter valves….and probably a bikini but I think the first items will get much more use.