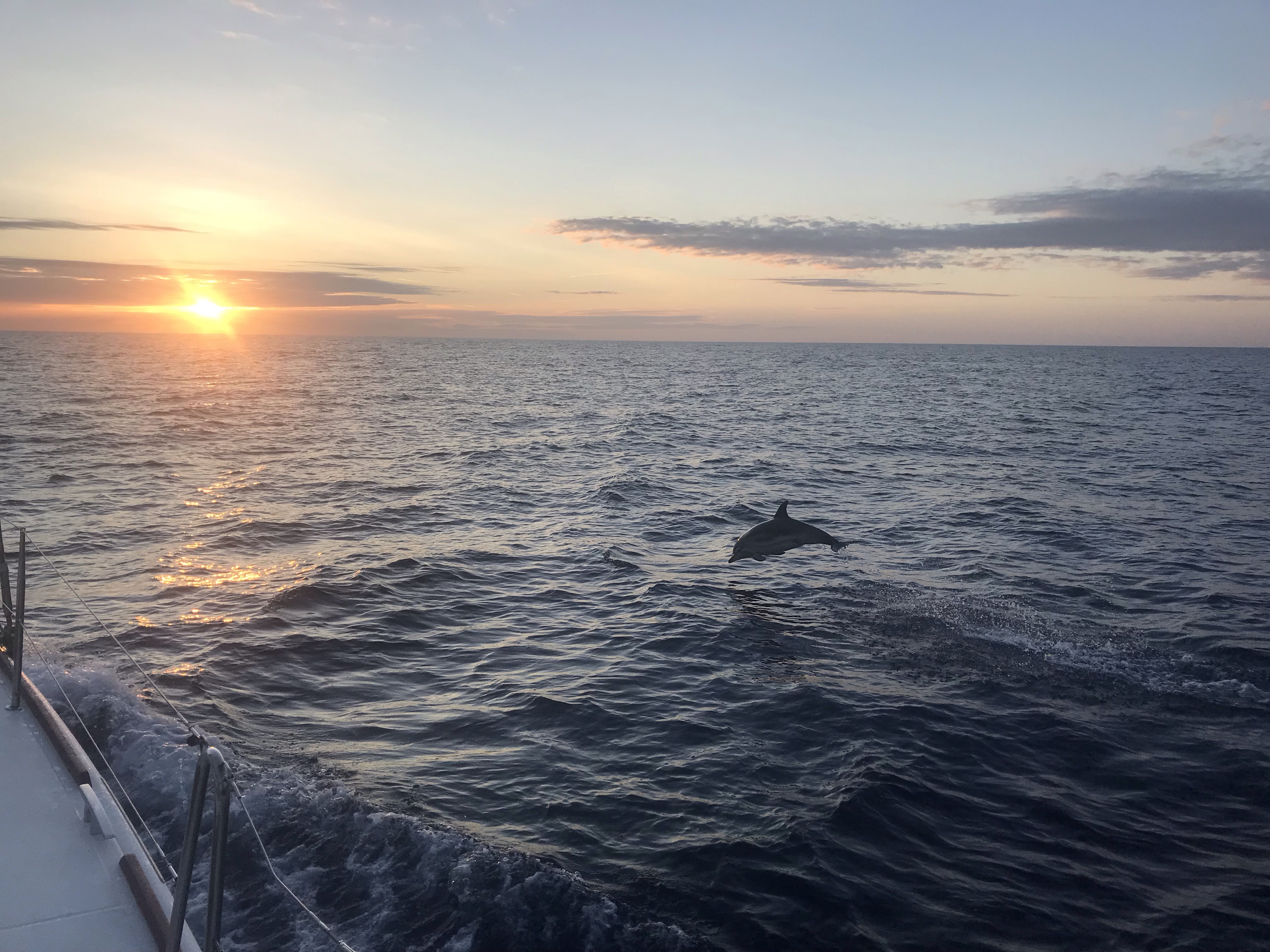 On the 22-hour trip we took we saw about 30 striped dolphins!!!!! It was so cool. One of the many reasons why it was so cool was because they would jump all the way out of the water! Dad took that picture on his phone. Quinn said it looks like the cover of a magazine. The first time we saw them there were about 20 and they were coming right at us. At some point almost all of them jumped at once and it was amazing to see. Some of them would come up to the bow and jump there and one came right next to the boat and went under the water and we could still see it. Then while it was swimming it jumped out of the water! Right next to us, and it was only about three feet away from me. Others would jump out of the water and then swim under the boat, it was amazing. Dad and Che got the VIP experience on the bow. As Che said there were so many dolphins up there and we missed it. But that isn’t all the second time there two dolphins. It was still really cool because they would come up to the bow and just play. Everyone but mom was on the bow that time. Then two more dolphins came but left before the first ones. The first ones stayed for a couple more minutes then left to get their friends. After that some more came and jumped along the bow. Also, along the sides. Mom was down below but she still saw them right next to the windows. All in all, it was awesome and amazing! 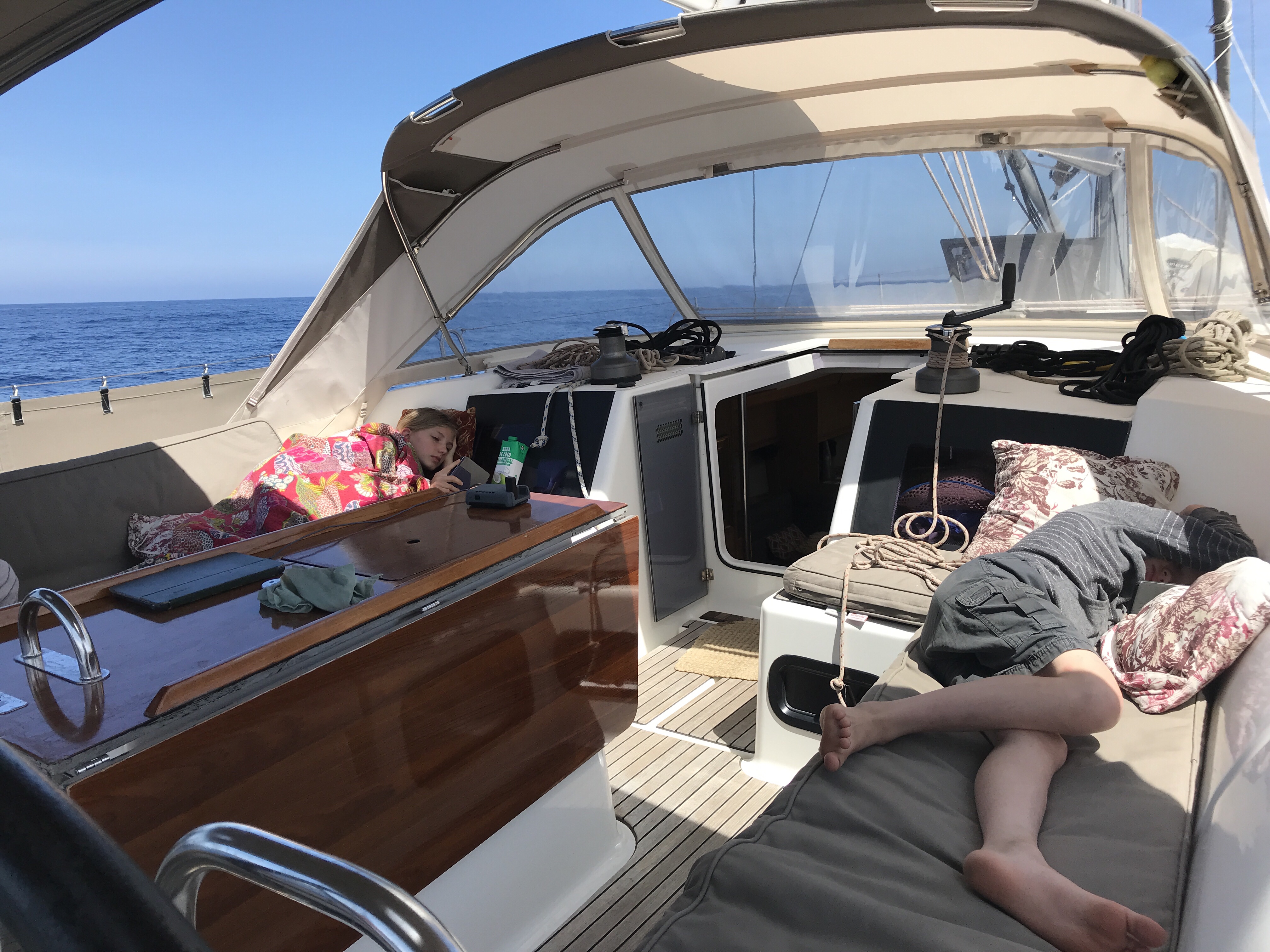