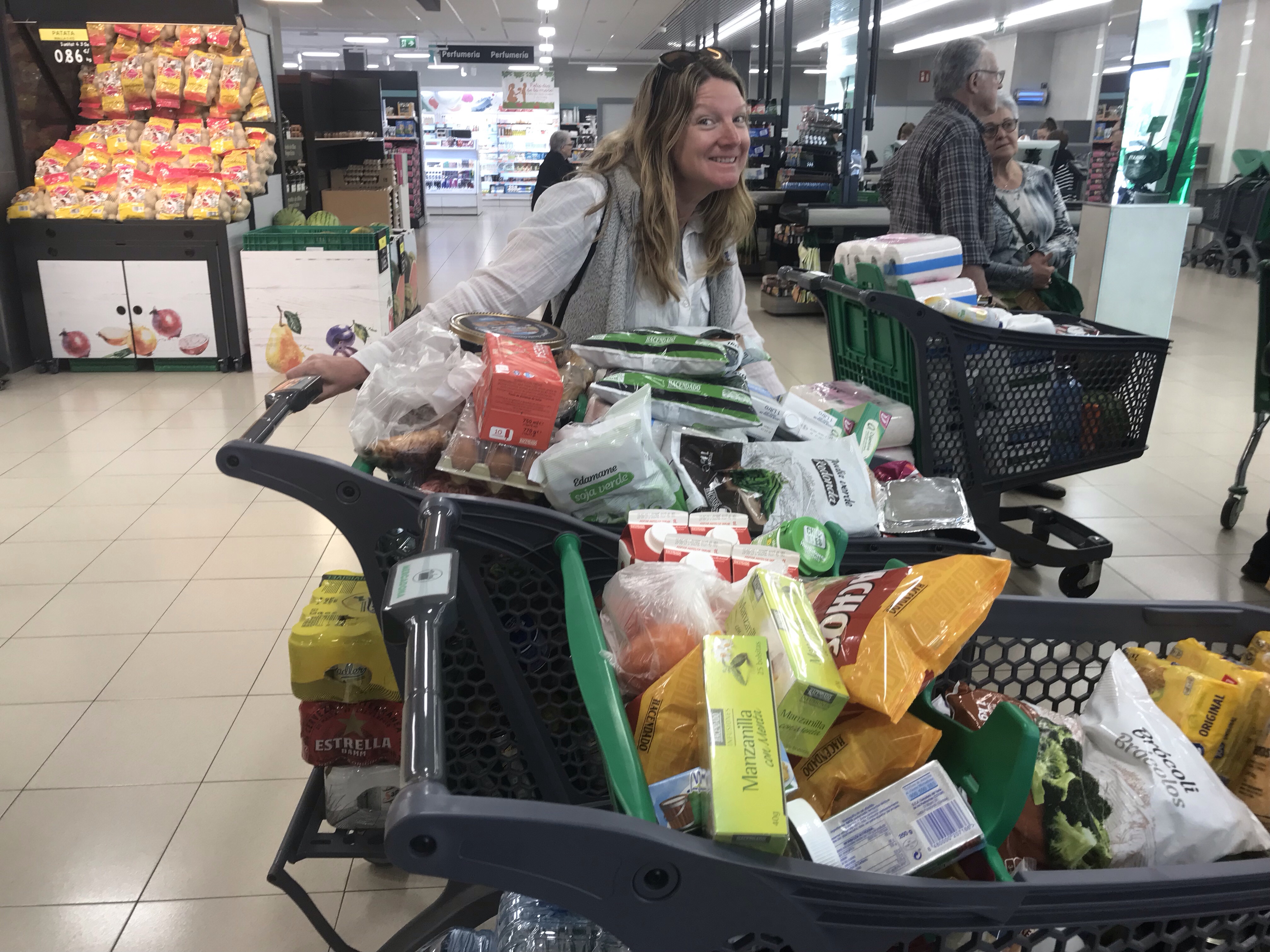 While Mom and Dad were finishing up the little details, Quinn, Gherty, and I were catching animals and enslaving them in a blue bucket. We caught ten shrimp, two crabs, and one fish. What fun! We were going to leave in ten or fifteen minutes, so we had to hurry up and let them go. The best spot was around the gate to the dock, but we had to climb, and jump around the gate because Dad had the key, and we didn’t want to ask him because he was always fixing something. And when someone asked Dad for something in the middle of him doing work, he gives them the look like they just took the pin out of the grenade and asked him to hold it. We decided it was time to go and we emptied the bucket and folded up our nets. Mom and Dad were working on fixing a little raft boat that we had for emergencies. We took off and started our long adventure. It took a total of 22 hours, and 12 minutes. I don’t know that for sure, but I am pretty sure that it was around that. Three hours in, we saw giant tuna fish jumping from the water. They were at least a hundred pounds, and their scales reflected the sun into my eyes. We only saw two, but it was still super cool. Unfortunately, Gherty didn’t get to see them. We had something to eat for lunch, nothing special. We read some books and played some games.  I started reading the Kane chronicles again, but my device died. I forgot to mention we had tablets that we could read on. I went up to the cockpit and enjoyed the wind and the sea (and the horrible music that was playing over and over AND OVER again). Two hours later, Dad called us to come upstairs. We saw something that we didn’t expect to see. There were Portuguese man-o-war on the right and the left side of our boat. They were super small but there were thousands of them every were. I expected to just see them for a short time, but they were still there an hour later. It was dinner time, but it was cereal and granola. To be honest, it wasn’t as bad as it sounds. We went to go watch a show, but Quinn didn’t want to. Instead he read up in the cockpit and went to bed. Right when we were about the press play, Dad said hey guys come see this. We went up and Dad told us to go to the transom. There was bio-luminescence. Bio-luminescence is a light made from living creatures. And the creatures were Portuguese man-o-war. Surprise, we were riding right over them and causing them to illuminate. I don’t think they were Portuguese man-o-war, but Dad said they were. From what I learned you can’t trust your parents on everything (take that back you should cause they raised you from a little drooling baby). It turns out I had an allergic reaction while I slept, and it was not pretty. I will not elaborate on all the details, but I made do with the problem. The morning was a blast. I bumped my head, tripped over Quinn’s cloths, hit my elbow on the handle of the door, and what my luck when I banged my head on a hasp. A hasp is a lock, a very hard, annoying, stupid, no good, little lock. We hit our heads on it some many times, I can’t count how many. It hurts but it helps (why do I feel like the hasp is getting more attention than any other subject?). OK, we had more cereal, and finally got to our destination. Mom was asleep, and good ole Dad had droopy eyes. We sailed into a bay called Cala Teulera and anchored in a sandy place so the anchor would stay in. We stayed on the boat for the rest of the day, which was super boring. Quinn and I got into a big fight, I got pencils thrown at me. And Quinn got yelled at. (Woof, what a wonderful time to end the day) We made up and everything was good. We ate dinner, watched a movie about a box that could wipe human society off of the face of the earth, and went to bed. The next day, I started to write this new blog, while getting ice thrown at me by Quinn. This is where I leave you.