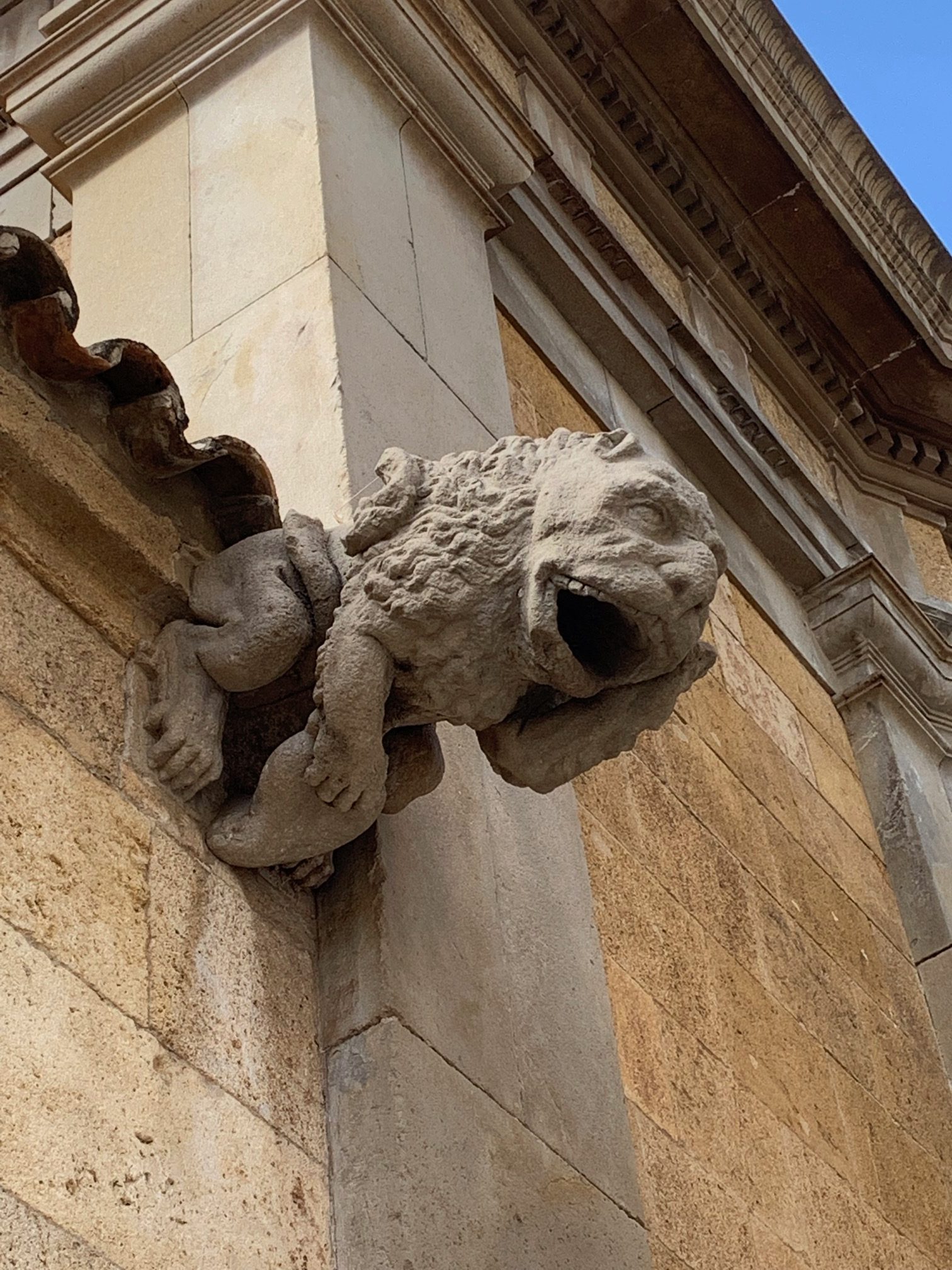 There are so many roman ruins here in Tarragona you couldn’t believe it! Not even a block from our apartment there’s a ruin.

Also, there’s a big 20-foot column in the middle of a town square and next to a big cathedral there was a big crumbled building that was being redone. Also, at every ruin we’ve seen there’s posters that show an app that shows what it looked like before. There was no color left on the ruins but in the app, you could see how colorful it was. It was fun rip sticking around town and seeing the ruins, but it was also tiring for everyone but mom and dad. They never seemed exhausted from walking. What was also cool was all the architecture on the ruins. There were monsters, people, and different designs all carved into the ruins. Also, so many gargoyles on the sides shaped as dragons. They had holes in their mouths for rain. Some looked like they were built for lots of rain. Also,  there were these doors at a cathedral that were meant for people on horseback and carriages, they were at least ten feet high. With knockers about six feet high and maybe eight for the carriages. One more ruin was the huge theater next to the sea! It was seriously huge; I think we have a picture of it. It was all stone with a lot of steps that I think were seats. I saw the area that was the stage and I think backstage. There was no roof and little walls so we could see inside from up top. But we couldn’t go in it because it was Sunday, so it was closed.