We’ve been “assimilating” for 10 days now. Working on boat issues, language issues, jet lag behavior issues and “wrapping our heads around this most amazing and unlikely turn in our adventure” issues. 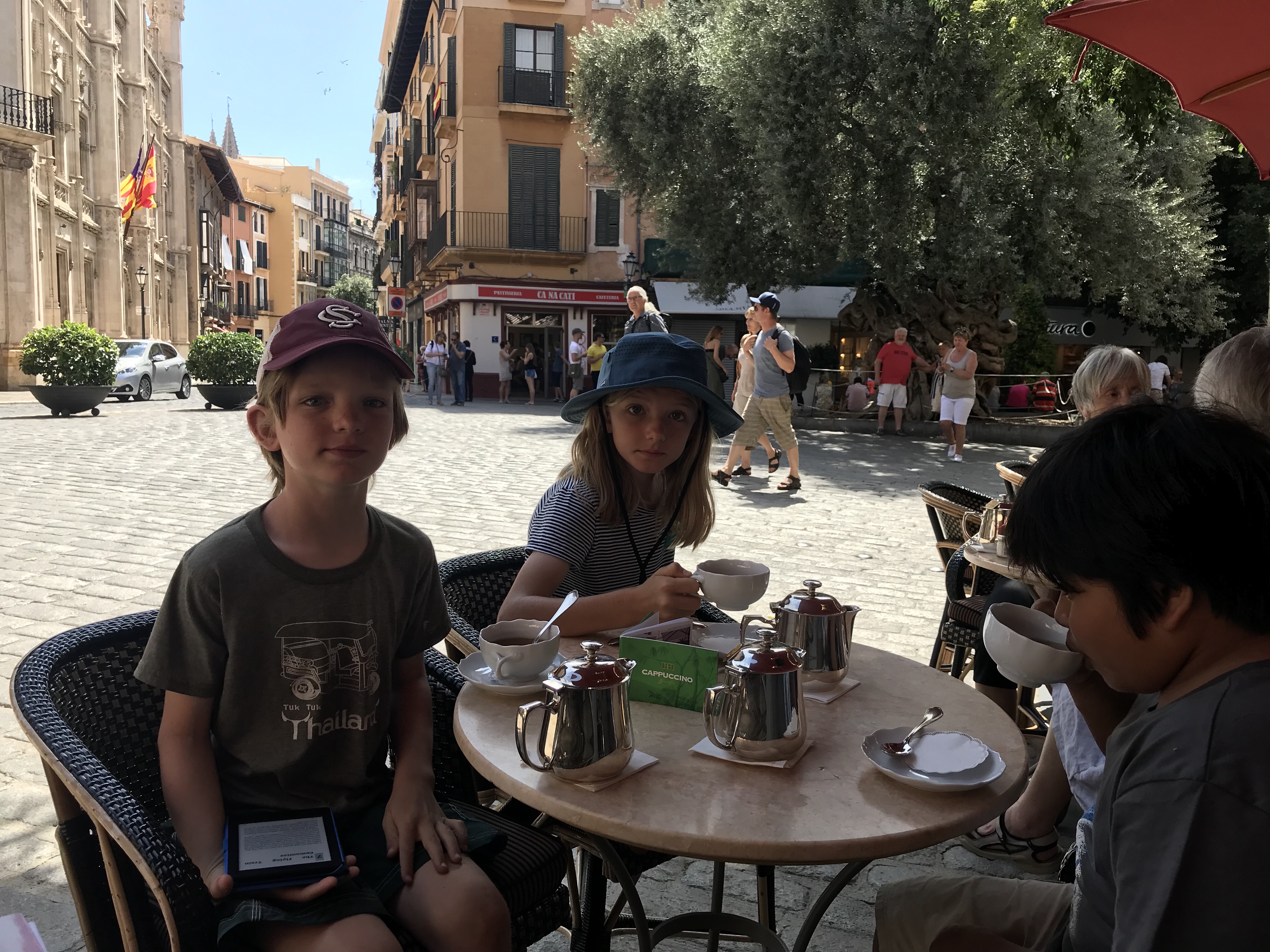 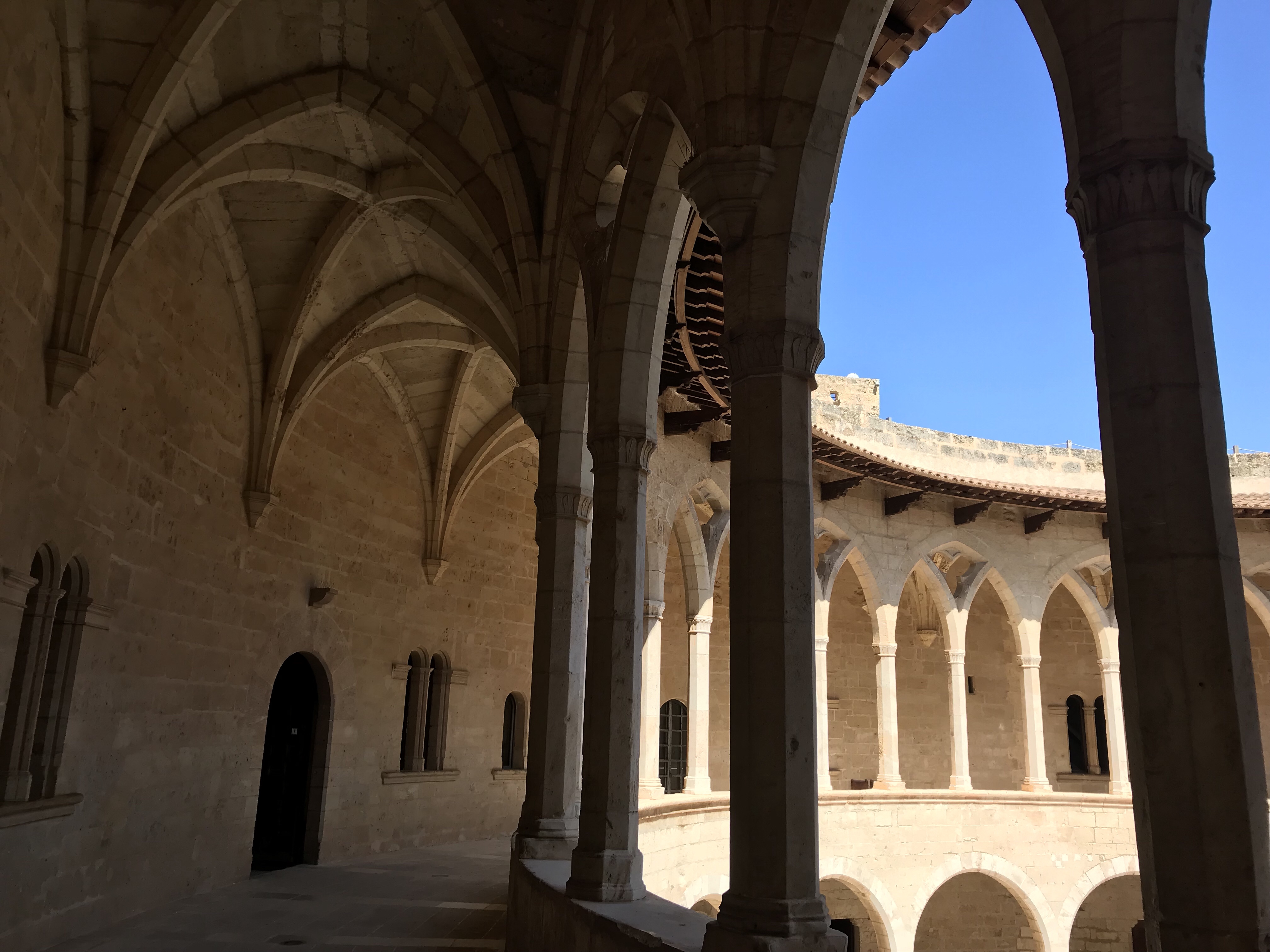 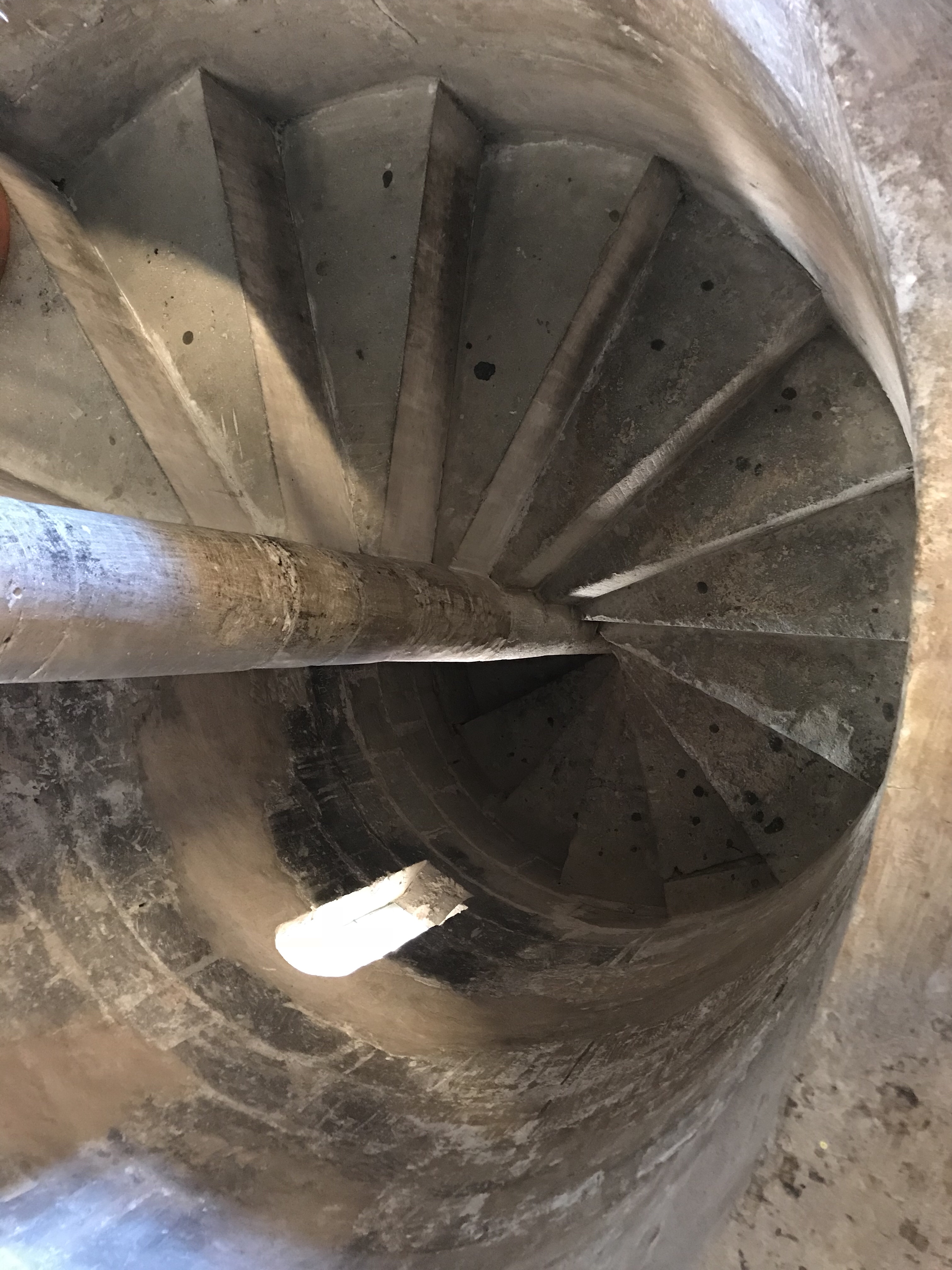 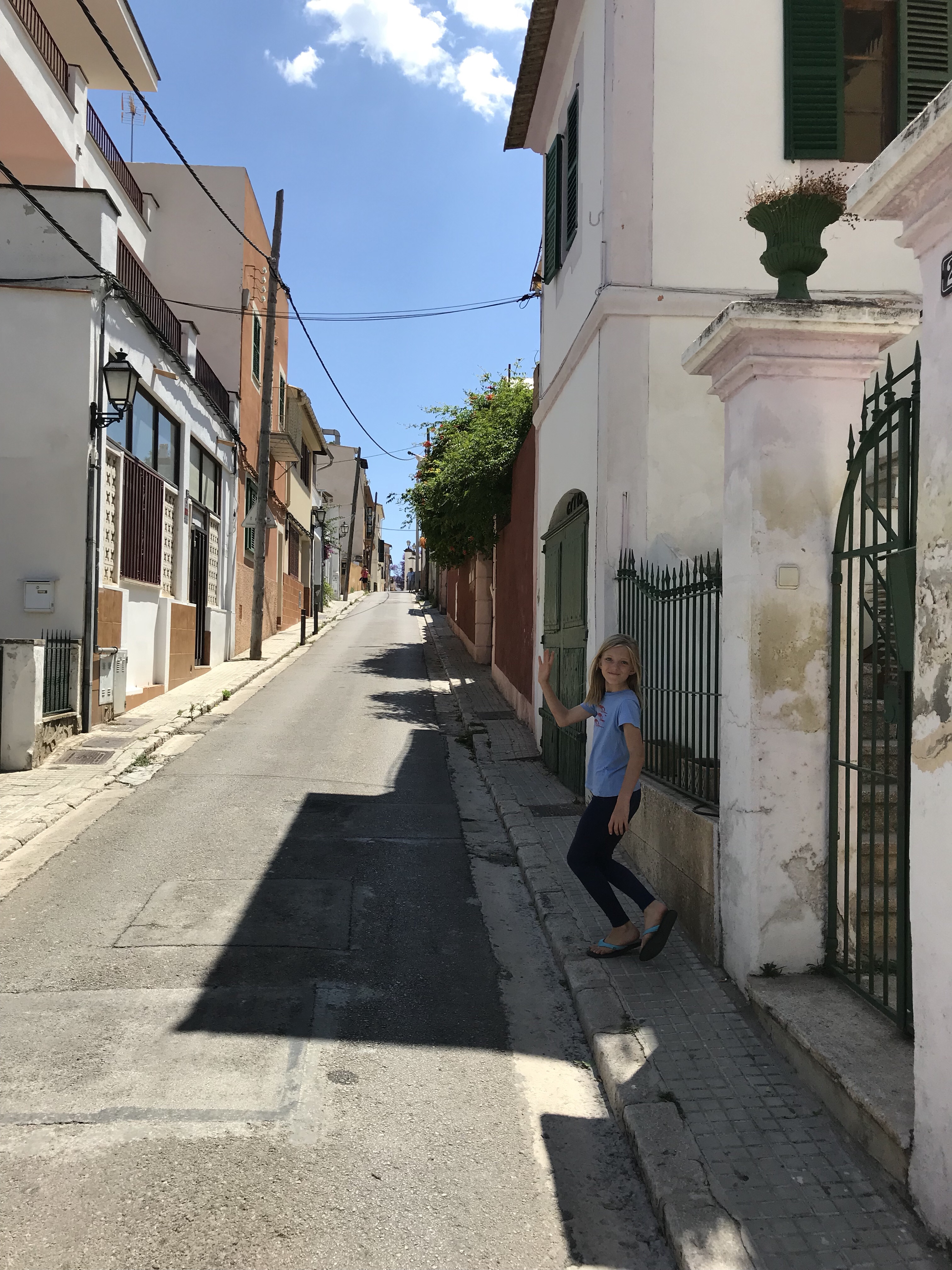 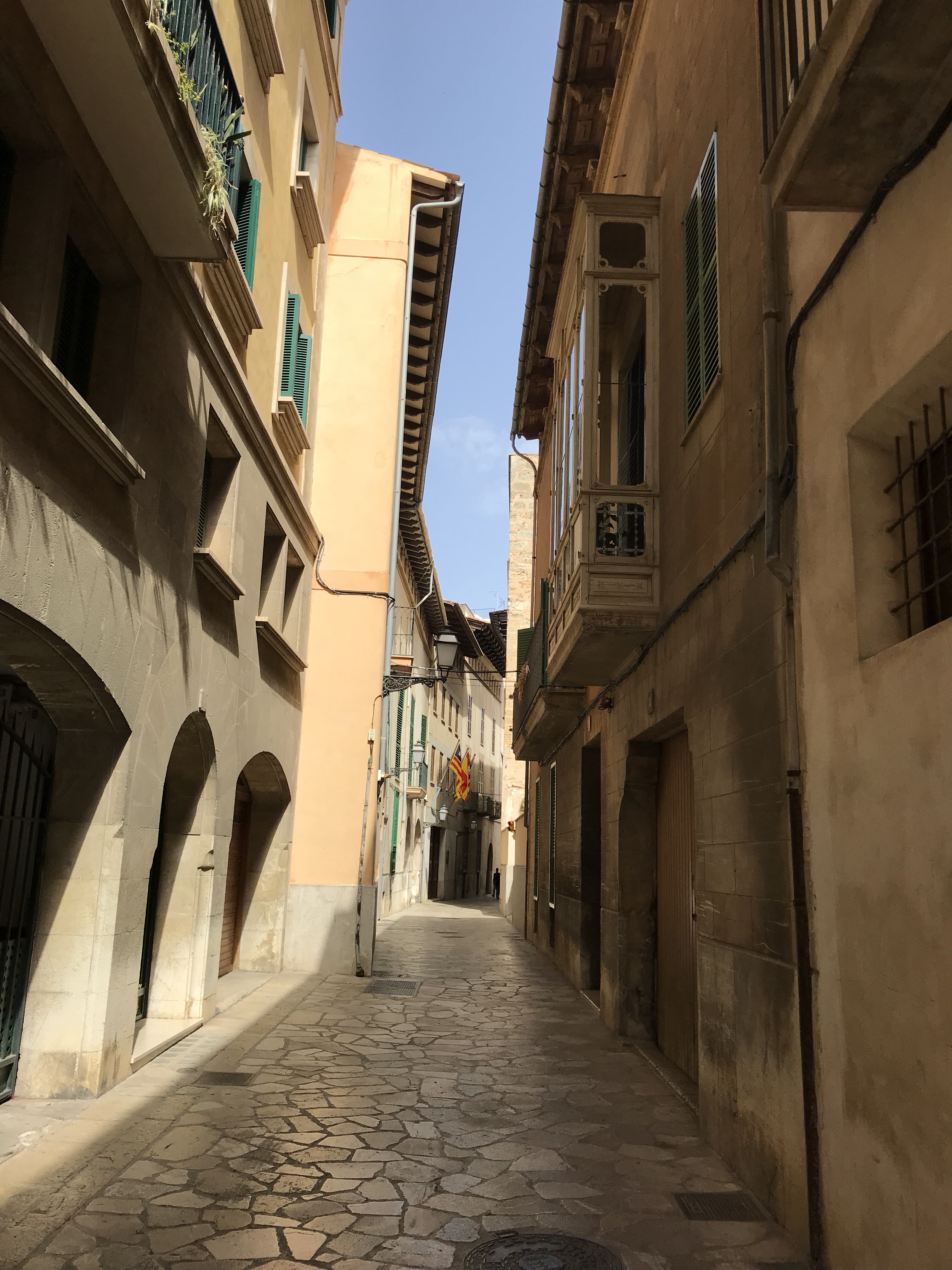 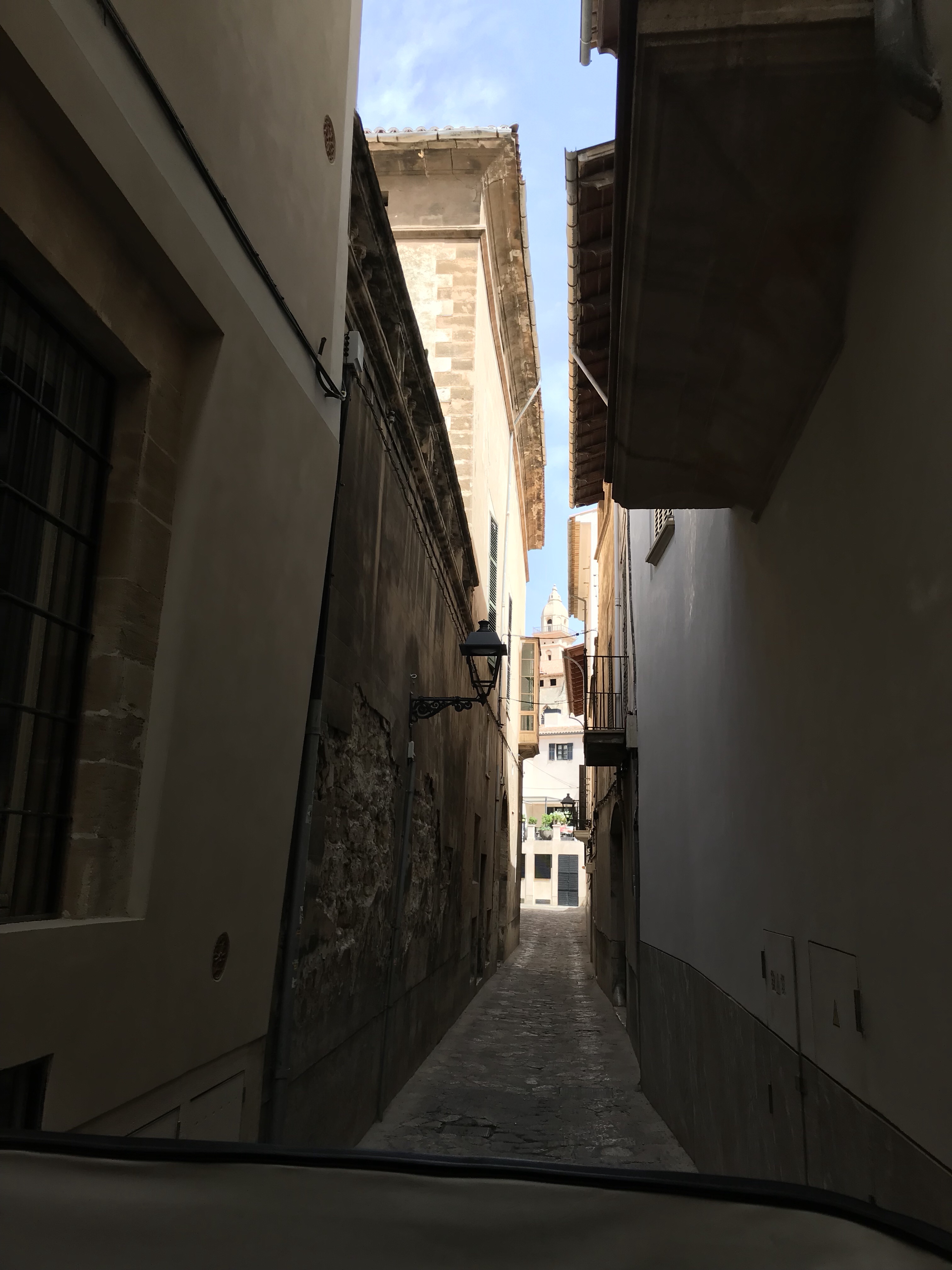 Parks with geocache finds for the kids and shady cafes for Kelly and Me are ridiculously common. Vistas across ultramodern and unfathomably old architecture are the norm. Spanish, French, Italian, German, Russian, Chinese, Dutch and UK dialects intermingle. English is ok. Attempts at proper Spanish and Catalan are appreciated and encouraged though I’m sure there are some translations behind the bar that equate to “worst American attempt to order an Aperol Spritz and pizza EVER!”

Long and the short of it is that we opted for the Med instead of carrying on west to the Pacific simply because the children had seen white beaches, iron shores, jungle flora and heard Bob Marley. They knew how to identify the birds, reef fish and the chicken fingers and fries with “salad”. There’s no way to say we did it all, A lifetime of experience awaits in the Caribbean, but it was time to turn this experience on its head….done and done!

We haven’t left Palma except for a brief 2 night stint anchored in Palmanova (which was wonderful) a few miles up the coast to wait out a full marina and grab a new boat slip for another week. 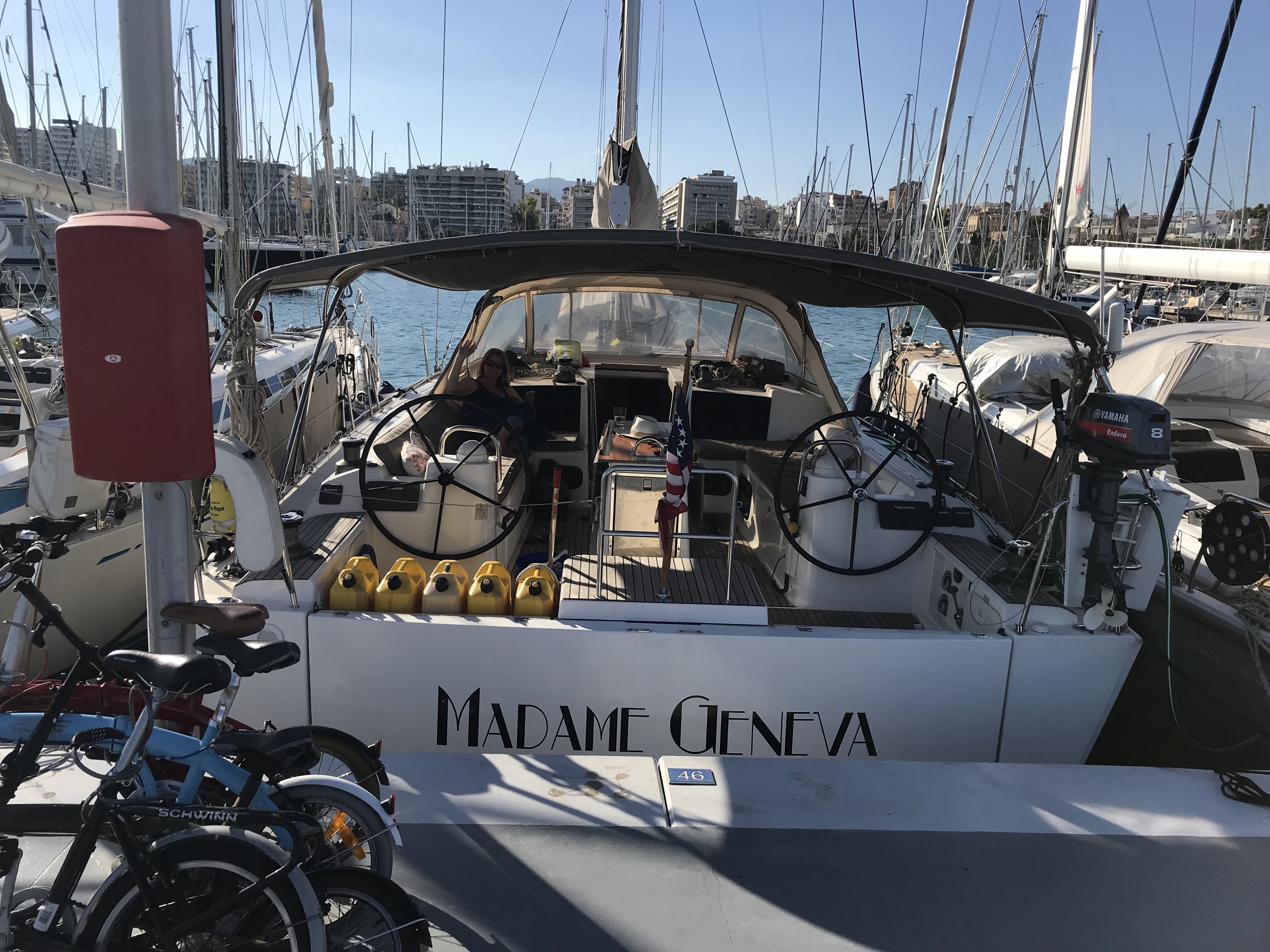 The bicycles have been dug out of the forepeak locker, assembled, lubed and tires filled. It’s “bomba de aire” for air pump if anybody is interested. We’ve followed the bayside bike paths and locked em to a pole so we could walk (hike) up steep, narrow alleys lined with bougainvillea, laundry lines and asymmetrical houses. 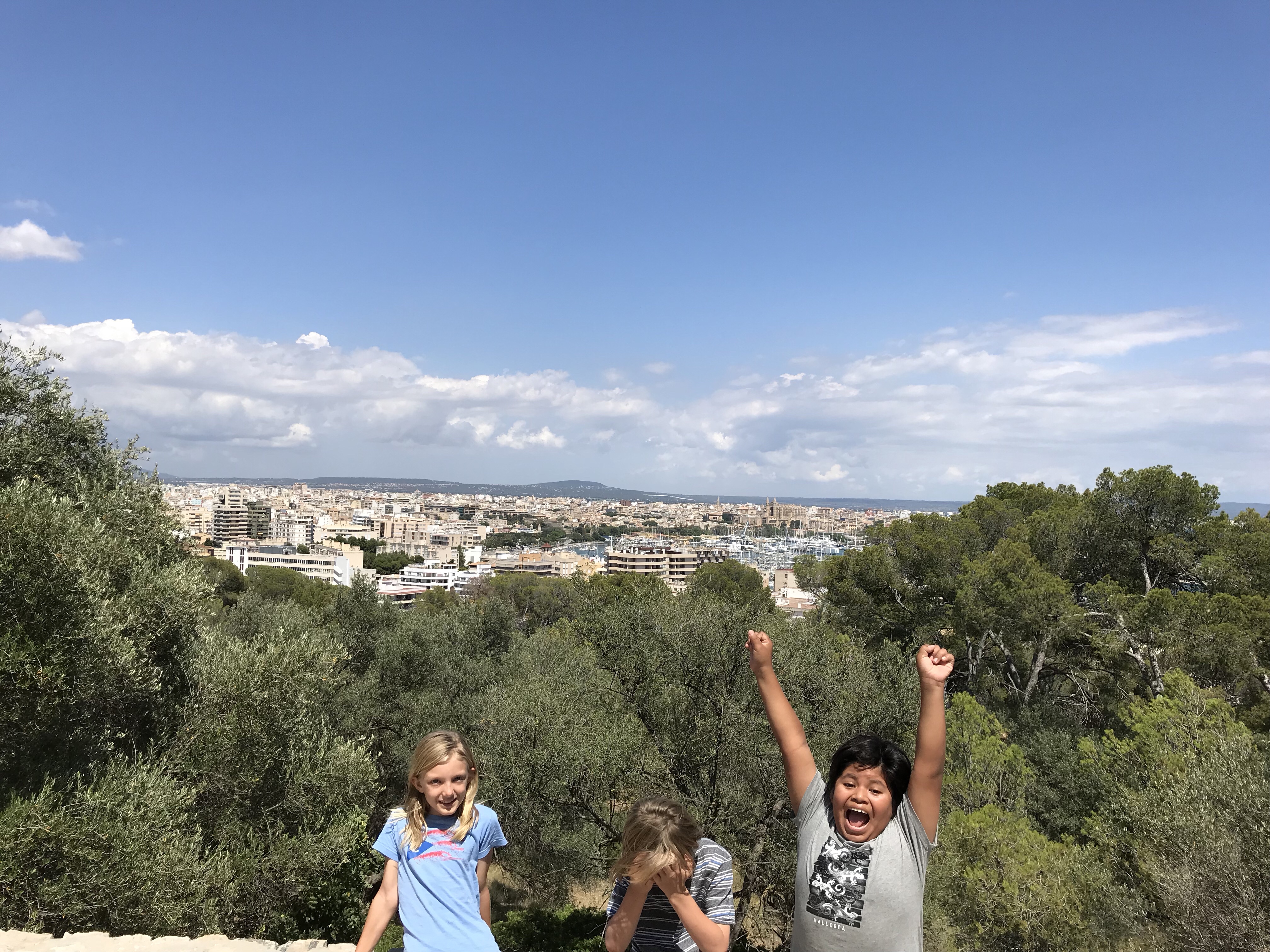 Deep into Castillo de Bellver high upon the hill we perused Roman marble statuary ruins. A stunning gothic stone room with half a figure (the lower half) had Gherty exclaiming that this was the museum of “the gross parts”. 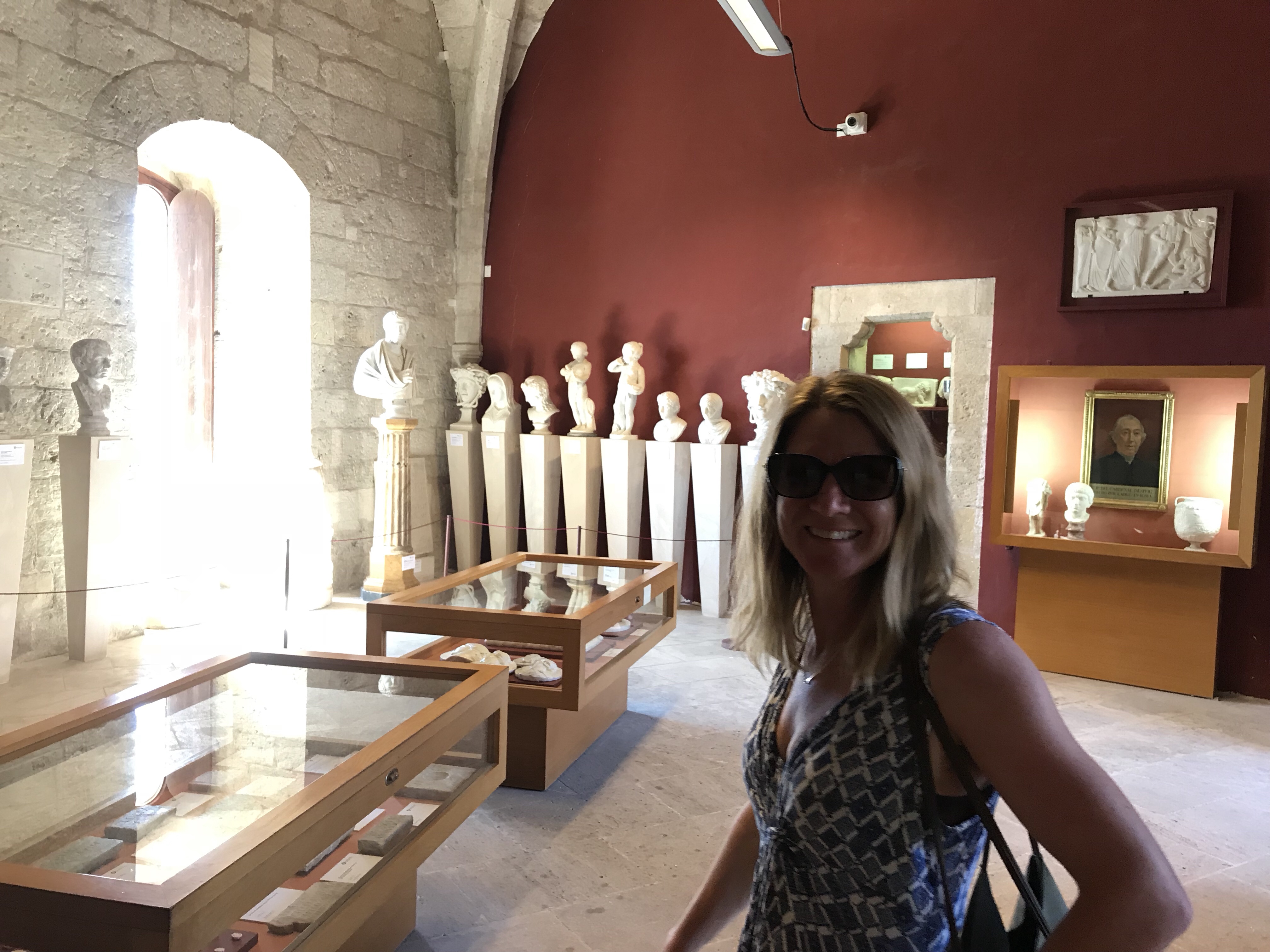 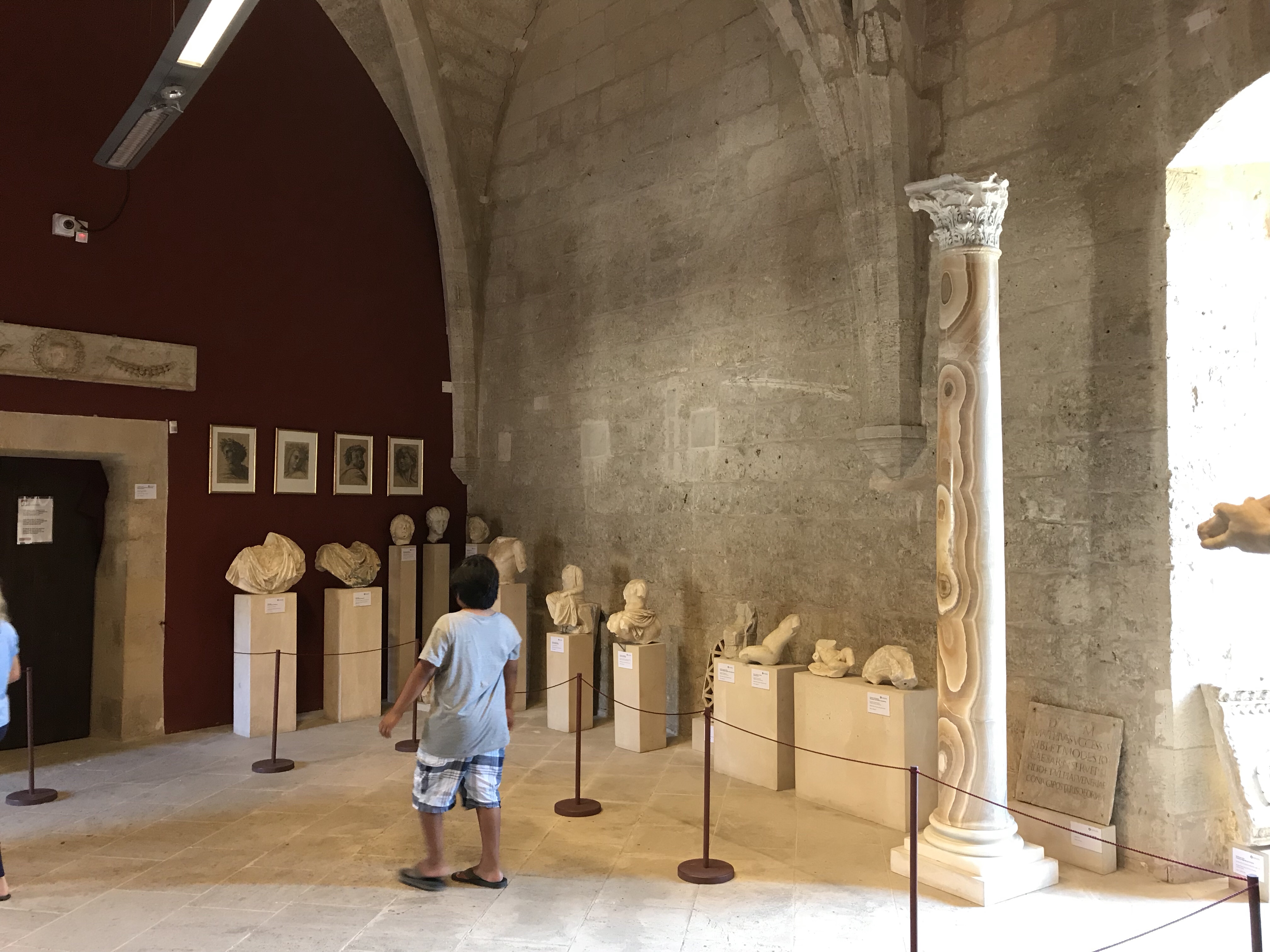 Upon approaching the Cathedral de Palma, the most dominating and magnificent structure in the old city Che asked if there was a fountain or fish in the reflecting pond because why would there be terraced seating here? (See above for the impetus for the seating). 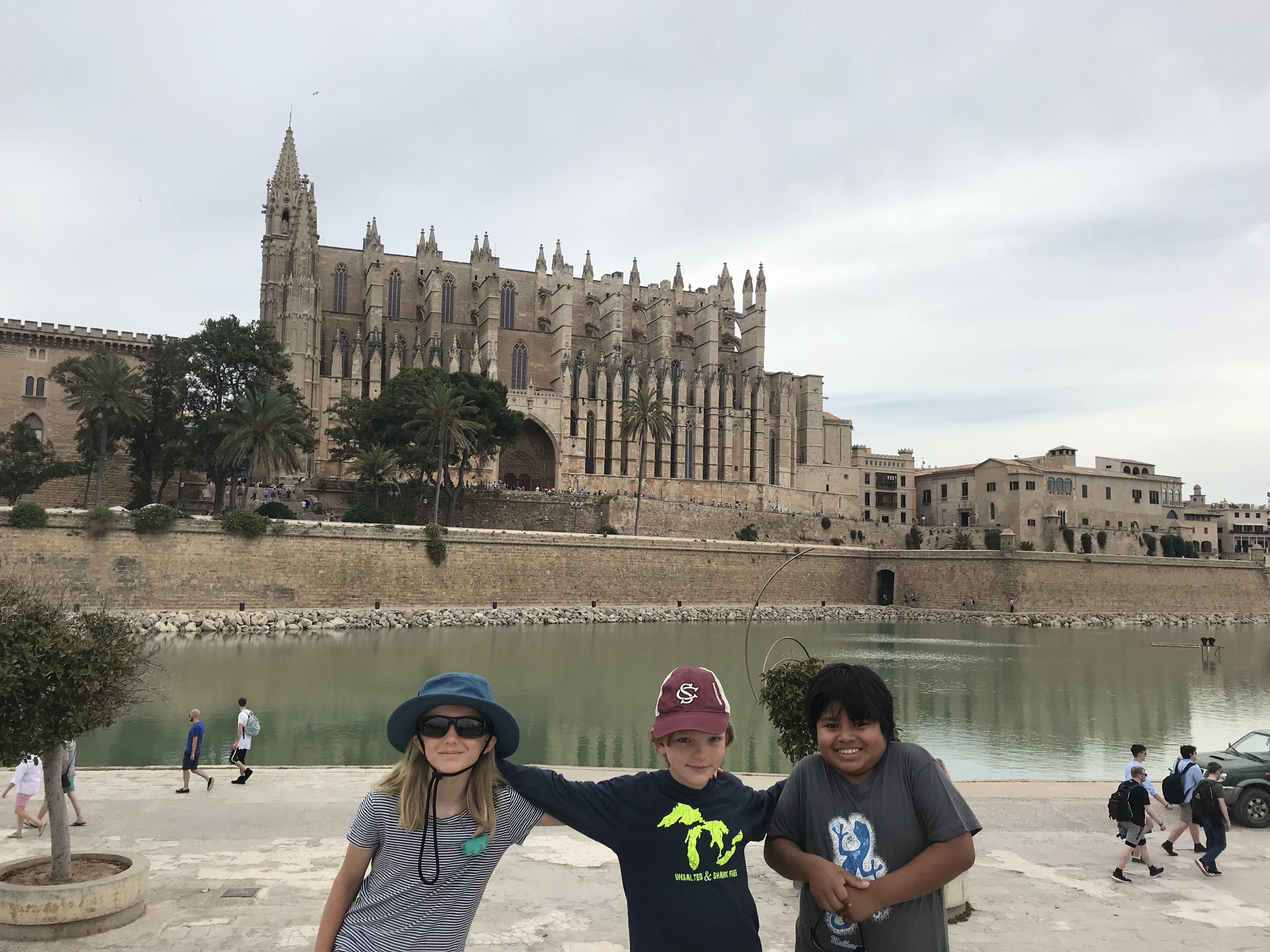 They’re soaking it up. They cop to the fact unwittingly all the time. Quinn yelled “usted Englais” laughing that it means “you English”. Che is in noodle aficionado heaven. Gherty has been carefully and thoughtfully using her money to buy treats and keepsakes for the best possible value (a brilliant mix of MomMom and Mommy).

I must apologize to our friends and loyal readers for the lack of salty tales and deep blue adventures thus far. This place simply has the crew of Madame Geneva bewitched and in no immediate hurry to weigh anchor. Plus, Med style mooring is so sketchy in one of the busiest of European harbors it’s simply a relief to be tied up nicely and snugly.

Oh, and, in 1 1/2 hours Spain plays Portugal in the first round of the World Cup and we’ll be watching it live….in Spain. It’s going to be FANTASTICO!!!