Marin, Martinique. Just looking at the charts this morning and it’s sinking in where we are. We’ve been hopping south and east for a few months now little by little getting farther away. Each hop farther than we’ve ever been. Today we are at 14° 26.69 minutes North, 60° 51.44 minutes West which puts us on the same latitude as Nicaragua and the same longitude as Newfoundland. We’re south of Mexico and east of the entire US. It’s all relative of course but I find these numbers to be fascinating. 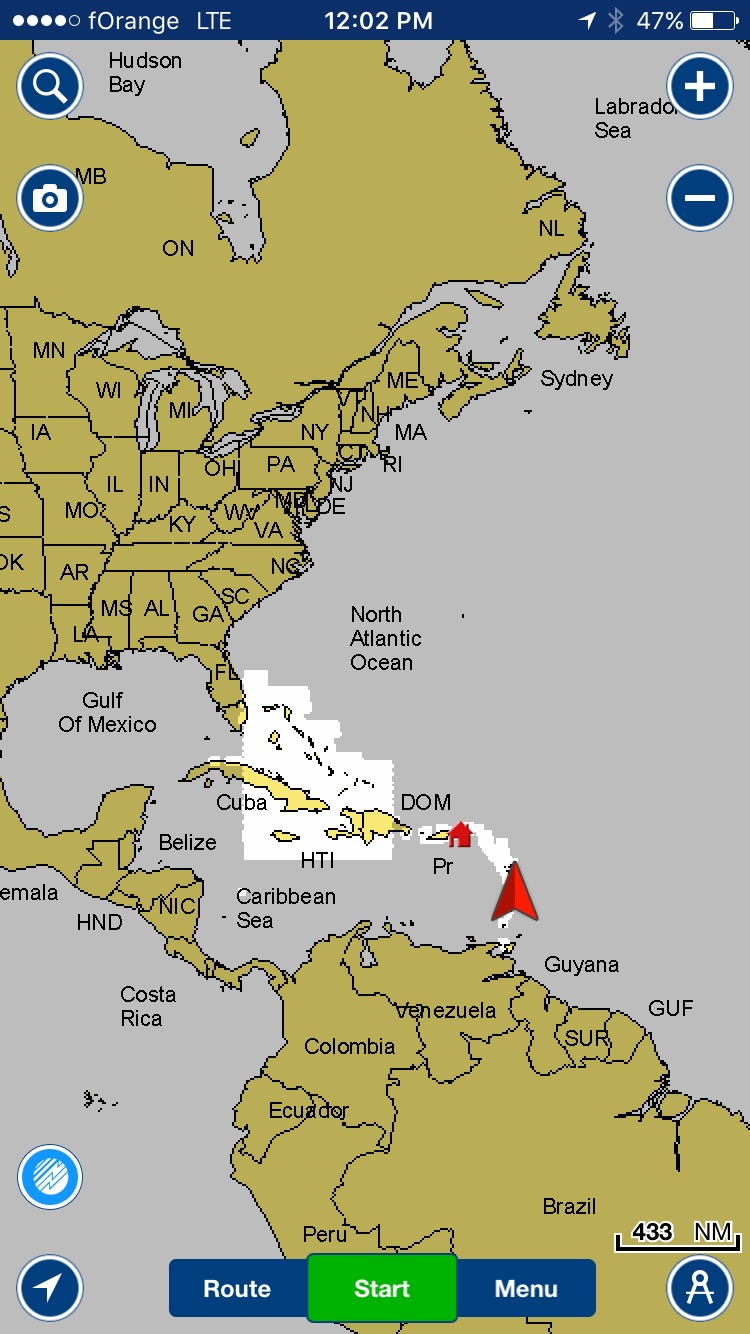 St Lucia is next which will be a bit west of here as will St Vincent, the Grenadines and Grenada so today we are at the easternmost point of this journey and by far the farthest east (and south) we have ever sailed. Less ethereal and romantic than Kelly’s eloquent posts, I know. Sorry.

We left Roseau, Dominica in the morning a few days back and had a great sail to Martinique close reaching with one reef in the main making 6-8 knots in fun bumpy seas. On land it was setting up to be a hot day so the islands were very hazy from a distance. Martinique could not be seen 30 miles off and Dominica faded away behind us before Quinn’s sharp eye spotted a faint outline of towering mountains in the clouds ahead. I have a running challenge for the first kid to spot our destination and yell “land ho” each offshore jaunt. I owed Quinn a 2 euro coin. 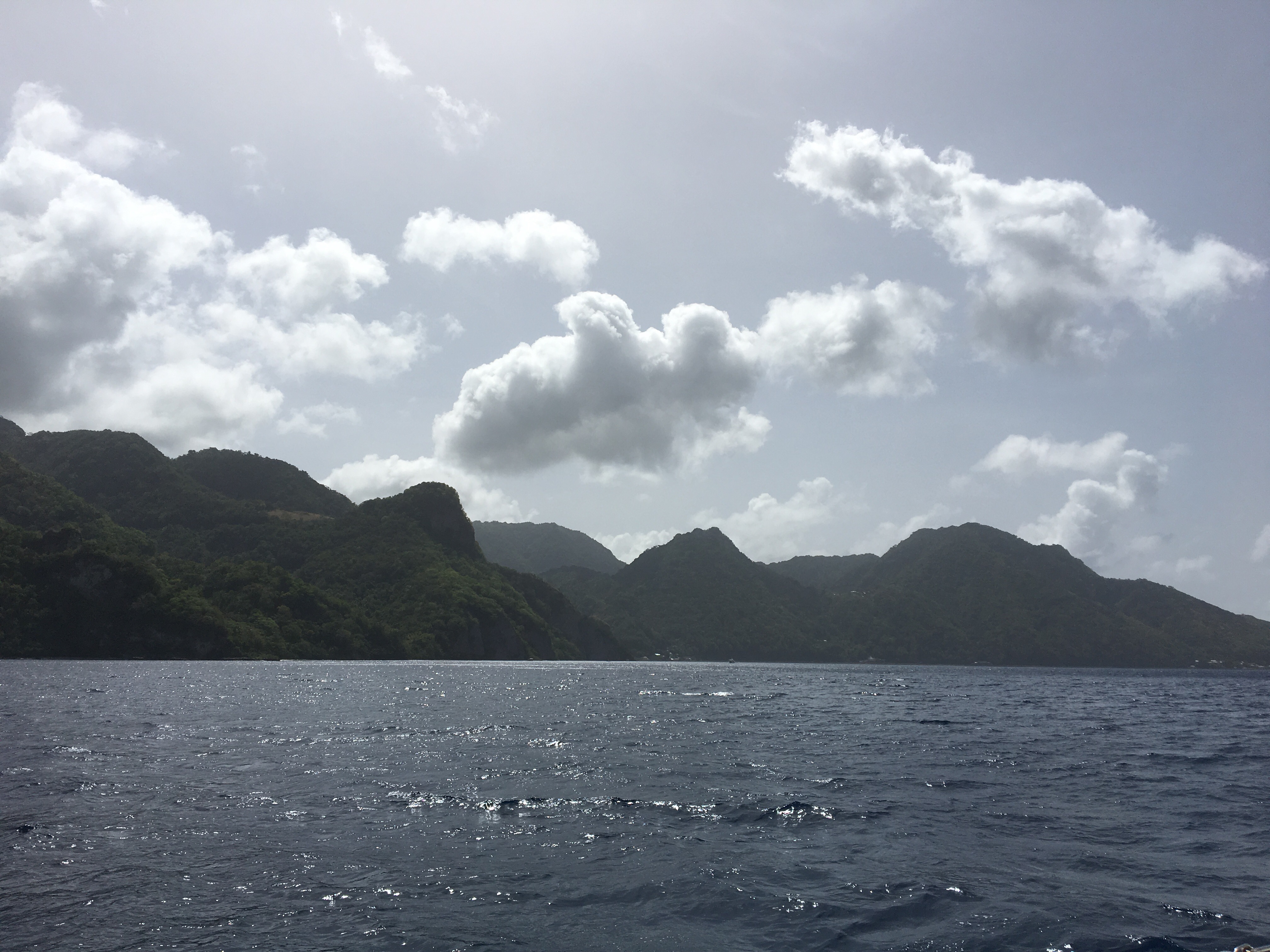 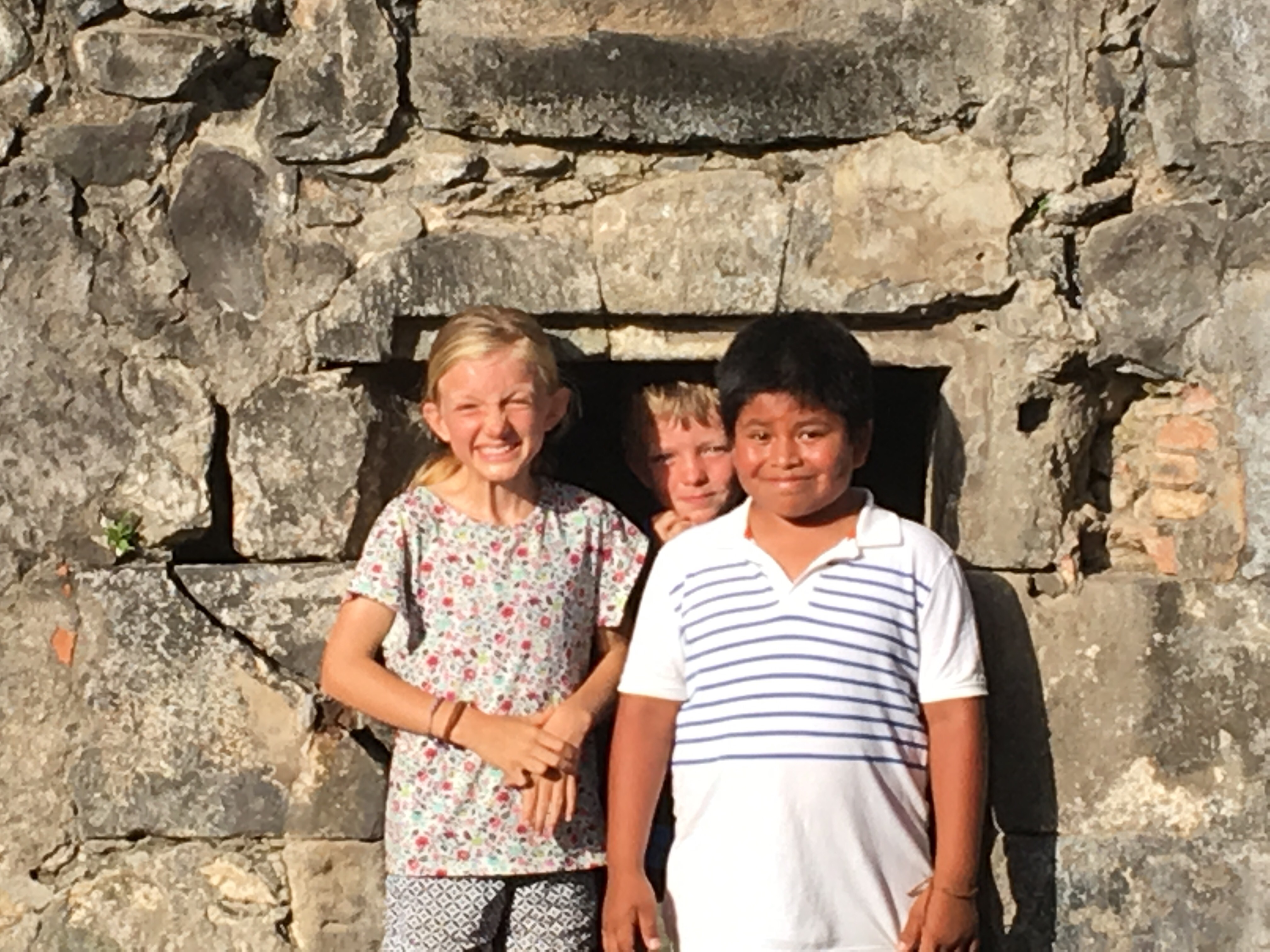 St Pierre was beautiful. An extremely deep anchorage meant we laid 200 feet of chain and swung on the spliced rope in 60 feet of water. The wind was light and the weather settled so no worries. There is a large area of the bay that is bouyed off limits for anchoring as there are numerous shipwrecks that are well known dive spots so the pickings were slim for swinging room at anchor. The town is a mix of old, very old and newish because of the catastrophic volcanic eruption of 1902 that buried part of the town and incinerated 29,000 souls in a day. The story is amazing. The short version is that the people knew an explosion was coming but only 1,000 heeded the warning because an election was upcoming and the white French factions knew they would lose to the black Creoles (who were allowed to vote) if they were gone….so they stayed and were vaporized. The only survivor was a prisoner in the town dungeon who was badly burned. He was found 4 days later having drank water off of the cell walls. His story of survival was a sad one though. He was granted his freedom only to sign on with the Barnum and Bailey circus as a side show attraction showing off his burns and telling his tale. What a place! The museum showcased the melted church bell as well as glasses, tools and volcanic bombs.  The kids played in the jailcell where that poor soul suffered. 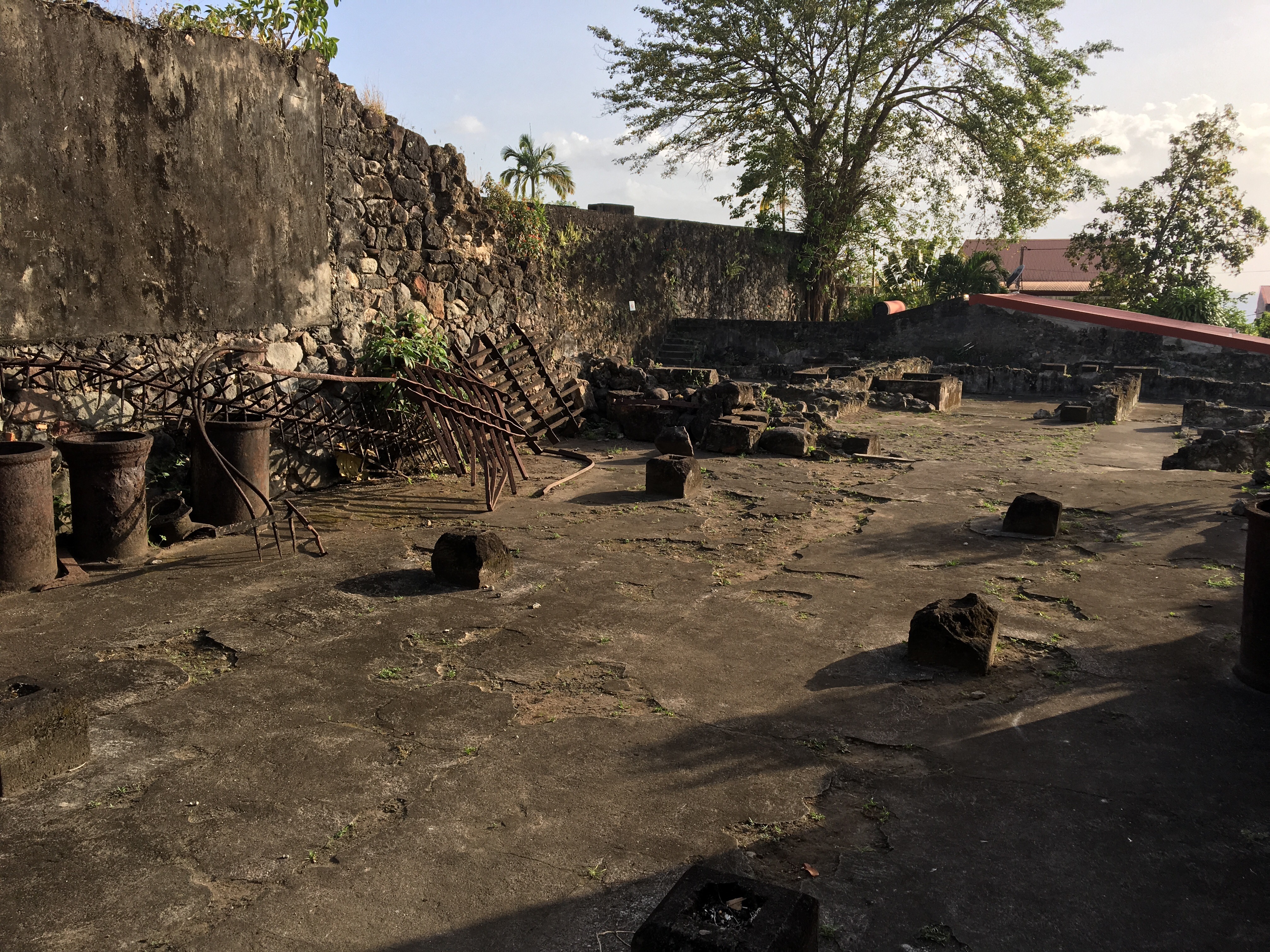 It is important to remember that we are constantly learning on this adventure and that aside from the beauty of it all we are definitely not on vacation. Granted we have not had to suck water off of any cell walls yet but it is always a learning experience to say the least. 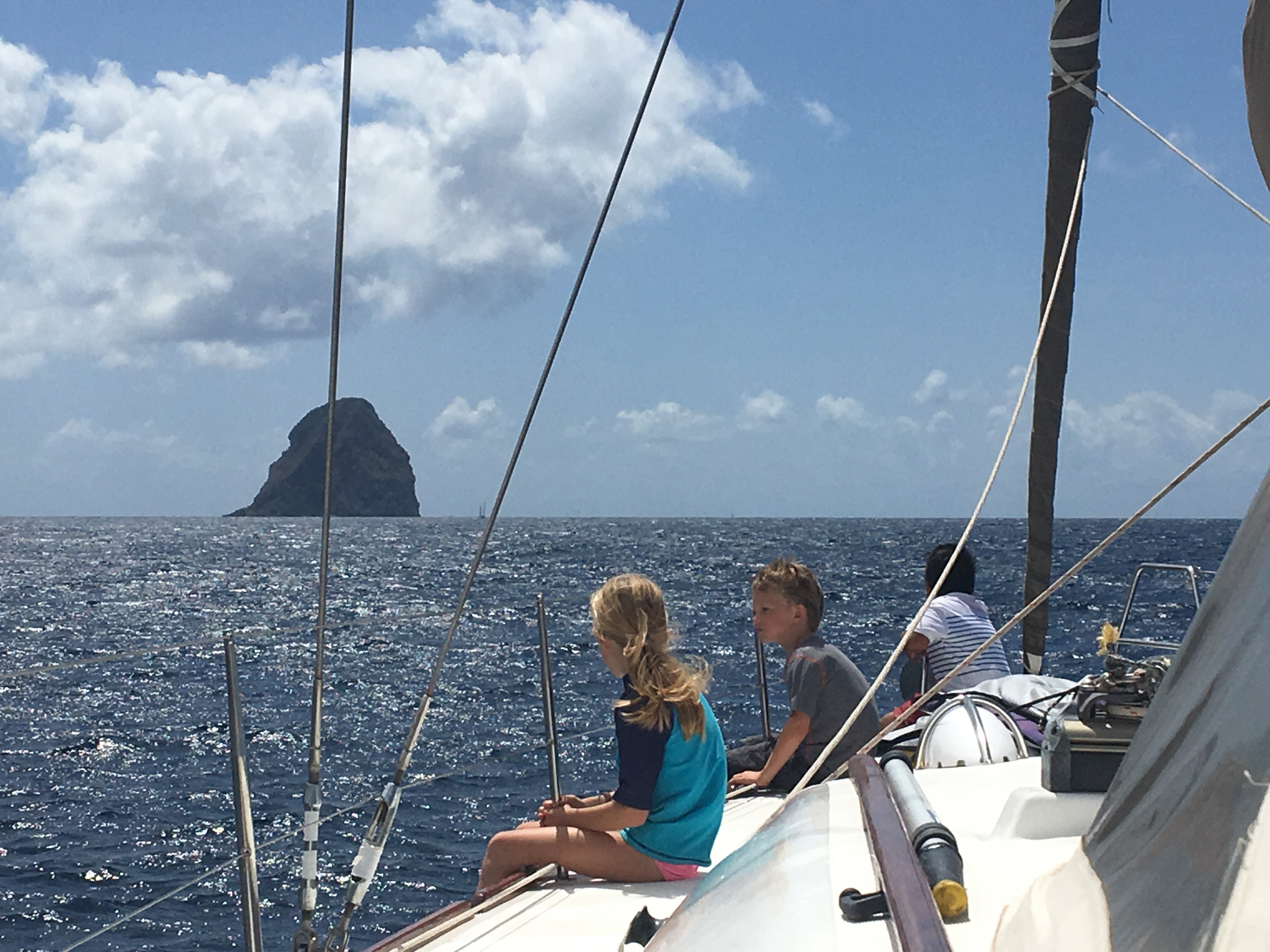 After two nights in Saint Pierre we decided to head down to Marin and spend a few days at the marina to have an electrical issue sorted out and give the Madame a well deserved bath. The trip down the coast was only 30 miles but the water was choppy and conditions varied so it was a bumpy sail with spectacular scenery.  We saw our first 2 humpback whales for this trip.

There are more sailboats here than in Antigua which I would not have expected.  it is quite a sailing town. Seemingly everyone here has crossed the Atlantic including our waiter at lunch. Back to the notion of perspective and learning I constantly have to remind myself that we really haven’t done anything that adventurous yet.