What an unsuspecting place.  Sitting on the bow of the Madame Geneva overlooking the beach with the sea’s waves and surge tantalizing the local kids, looking up at the rain forest and the deep lopsided crater of a prehistoric volcano, I have found an echo of a call I have had since childhood.

There is peace in timing, for certain. The volcano is dormant, right?  The sea calm…in fact so much so that when I read aloud to Justin from the guidebook that there was an earthquake and subsequent tidal wave in 1690 that sank the settlement of Jamestown, and suddenly waves bellied up from nonexistent wind or wake, we suspected ghoulplay.  Rogue waves aside, Nevis has been a chance to explore a finer integration of astounding natural beauty and a kind culture.

We arrived on Friday late afternoon, having left the Shipwreck in St Kitts long enough after lunch to get the proper sighting of monkeys and mongeese that Gherty had named them all and indentified their special relationships. Upon grabbing our mooring just off of Pinney Beach, we saw that our new friends from St Kitts had secured a mooring closeby.  The kids were excited to have other kids in the mix. And the adults were rather pleased as well.

Likely this is what distinguishes our time now from our time in the Bahamas. We look out now and we see sailboats. We anchor and moor with boats. There is a world of story from one boat to the next.  Most we don’t get to know but simply find comfort that they are there.  And that we aren’t the sole sail in this place at this time.

Yesterday after an arduous climb (3 kids in flip flops…3 hour hike toward but not quite to the water source), we met the small group aboard s/v No Regrets. They are on the tail end of a 2 year circumnavigation and although some of the crew has stepped on and off throughout the journey, their legs alone bare vivid the courage. Strangely, each boat, each person makes the trip for such different reasons and yet we all climb on and in.

We rented a car to take a proper inland tour. Hard to not want to see and explore a prehistoric volcano…or at least get closer!  We decided to lunch at Golden Rock Inn. I thought it would be cool but I had no idea how incredible the space. Justin drove on the opposite side (to which we are accustomed) of the road and I did my best not to freak out as we got close to some drainage ditches that were rather noted as sharp concrete crevices with mini, periodically spaced, bridges.
The inn was a renovated stone plantation with gardens so lush but cultivated that it was hard not to feel privileged. Gorgeous walkways, infinity ponds, creeping cactus, and old silos made for stretches of patios and private alcoves alike. The food and drink were lovely. And so we went for a walk in the woods. 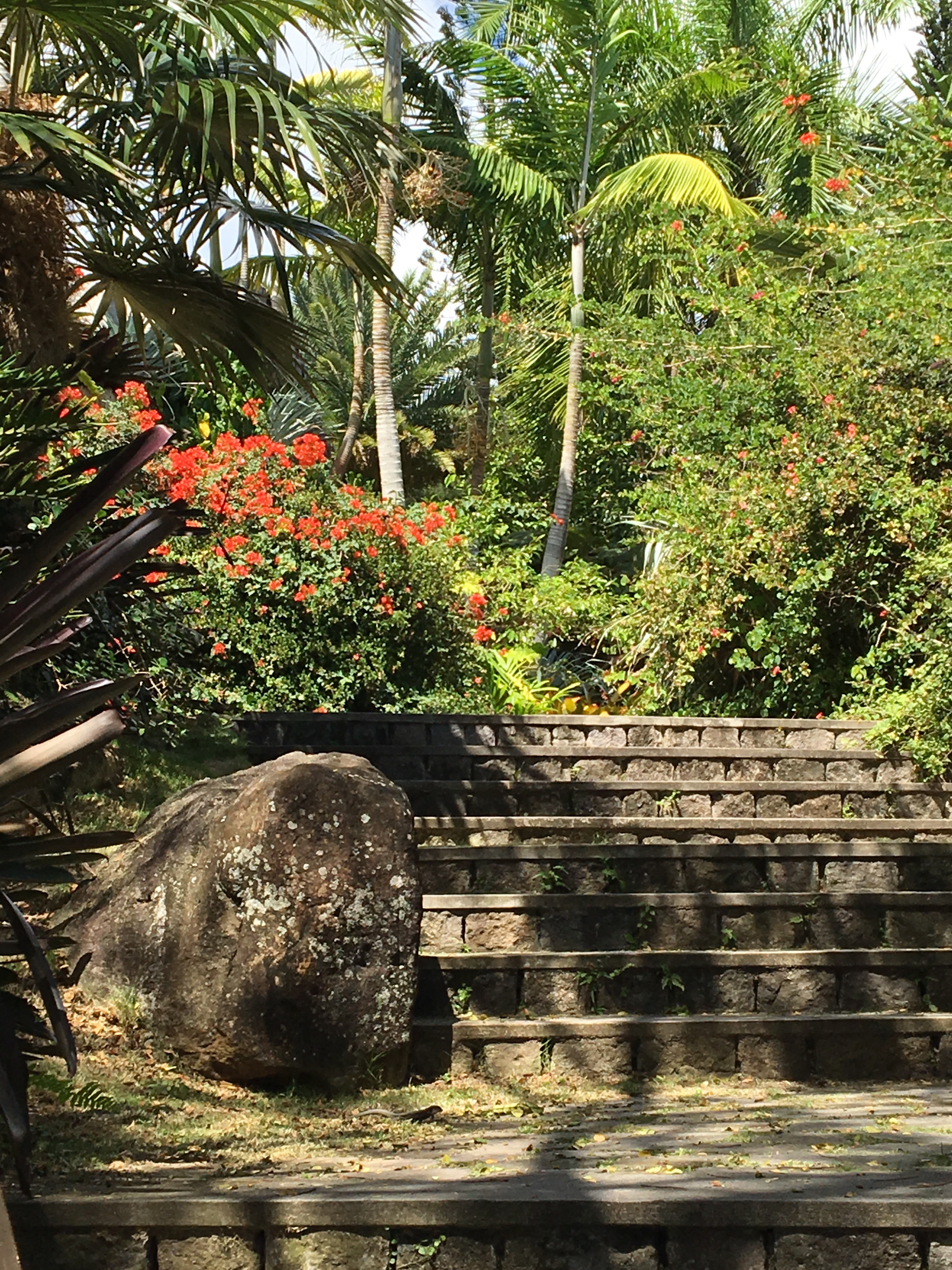 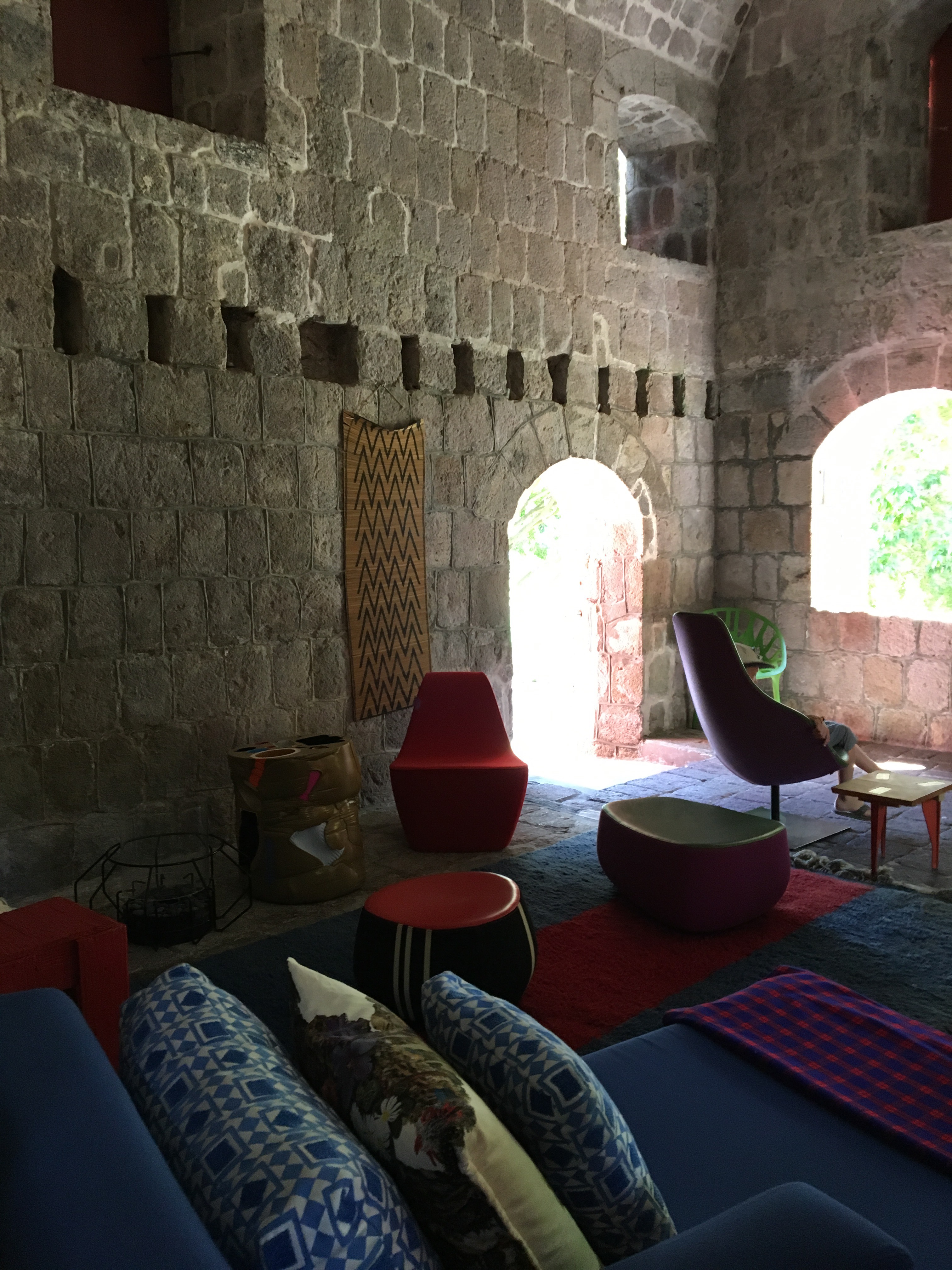 I wish I had a copy of the trail map but it reminded me of running cross county, where the proportion of drawing to trail distance was so madly off, you’d have little idea how far you went and when. Che continuingly inquired to where we were on the map even though I told him repeatedly that the measures were not accurate. Quinn stopped often as he got the idea in his head that he would make a bow and arrow. And Gherty sped along rapidly but always took time for any animal or track that presented itself. 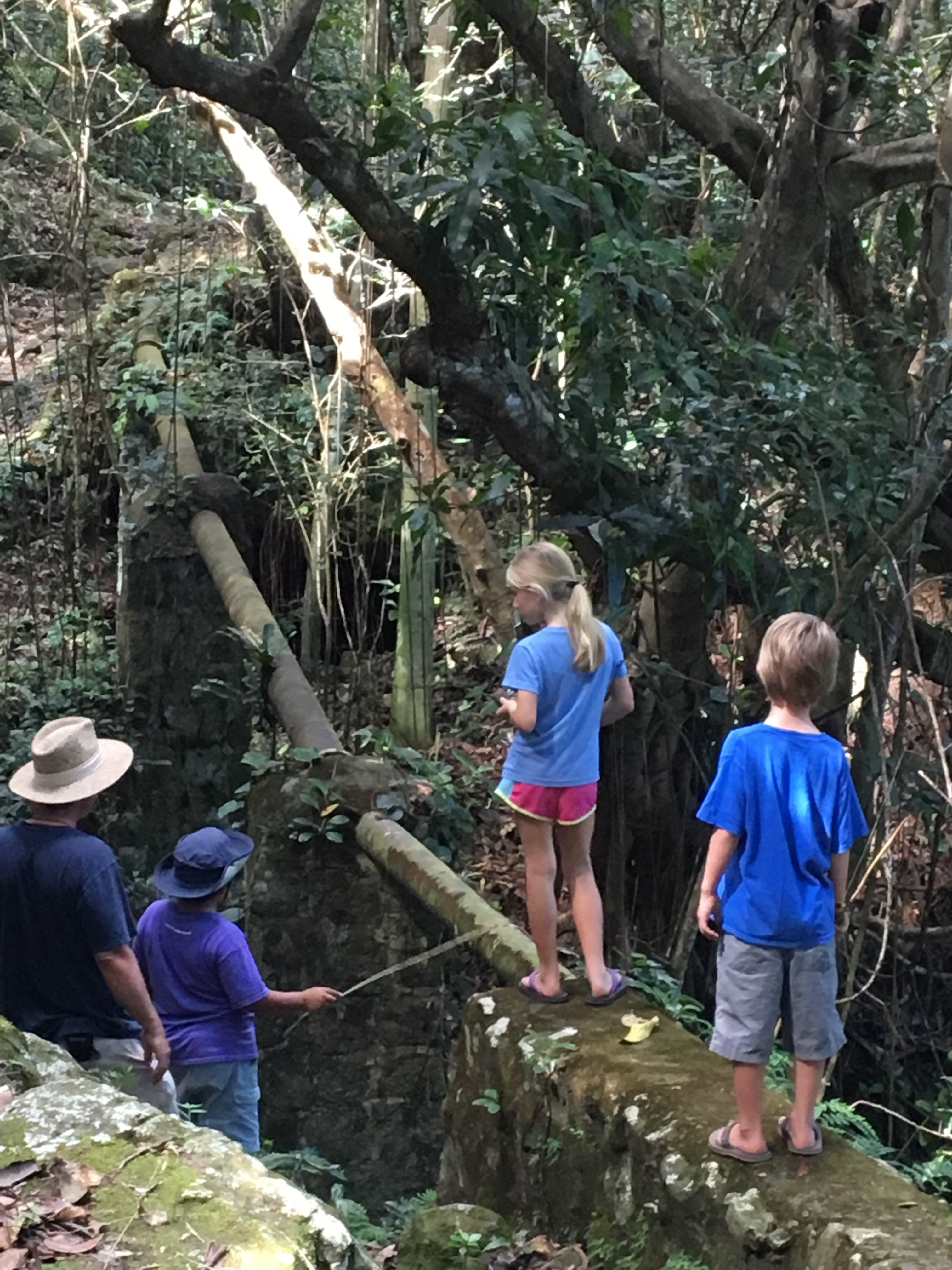 The trail shifted from climbing hills through goat pastures and chicken woods to walking uphill past water towers and older shacks. We kept on. Rocky trails with many types of trees, bush and vines made for interesting travel in flip flops. The trail clearly followed the piping from the water source. Old water cisterns and a continuous pipe that ran partially underground and sometimes suspended on rock pillar bridges provided us a natural map. 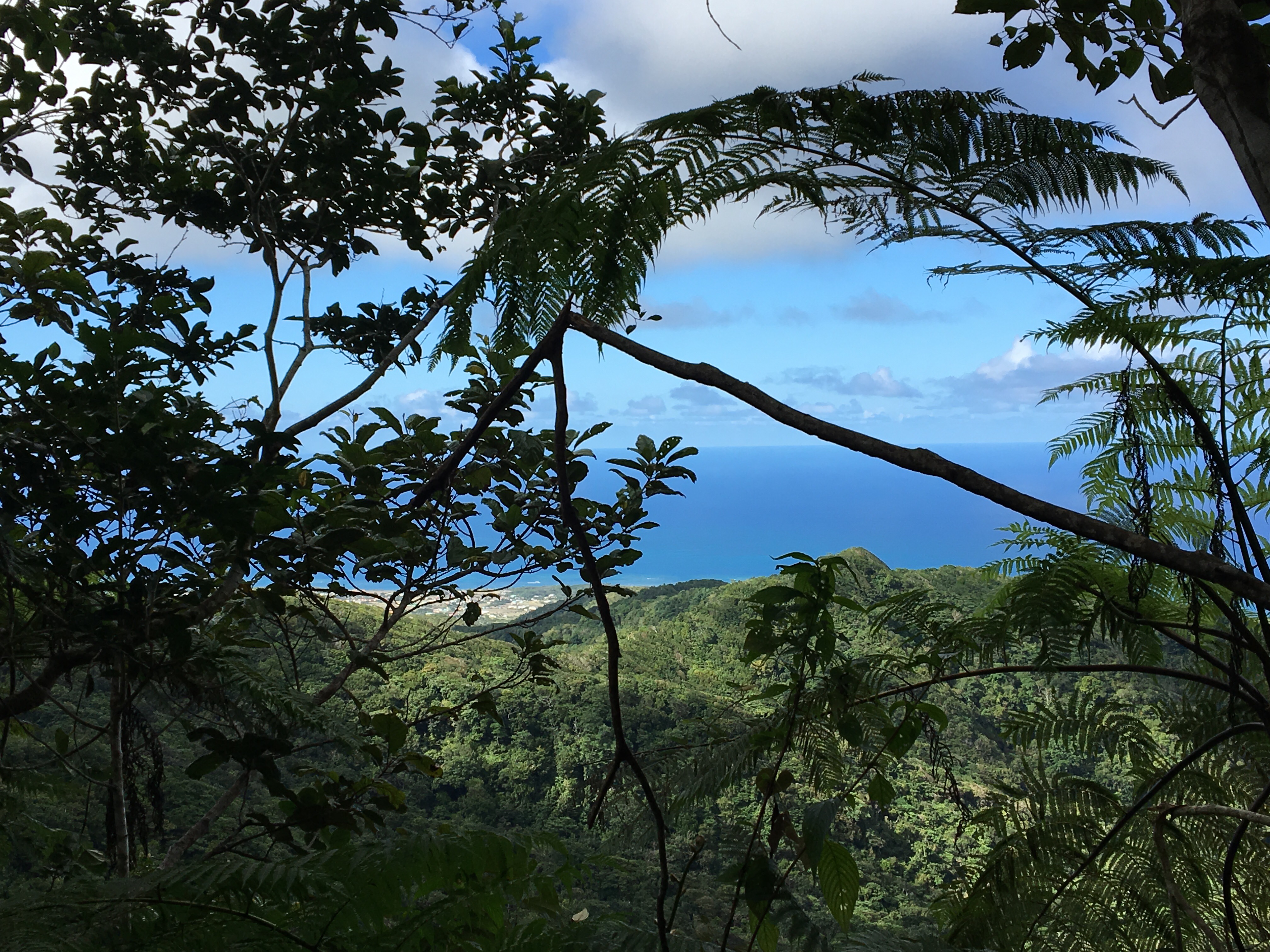 We at last made it to the view. The water source was still down a harrowing, goat trail with a vey steep drop and up a 120 ft ladder. Always important to know what you AND your crew are capable of!

So now back on the boat, readied for a long ride tomorrow to Guadeloupe, we are genuinely happy to know we will be back here to Nevis. Amd how brilliant we can do that by sea.