Happy 10th birthday Che! It’s amazing that ten years have gone by since Kelly brought you home. I remember wedging your pack and play crib between the settees below on my J35, Pagan, and watching you roll to the low side as we tacked upwind. You are more of a sailor than you know! 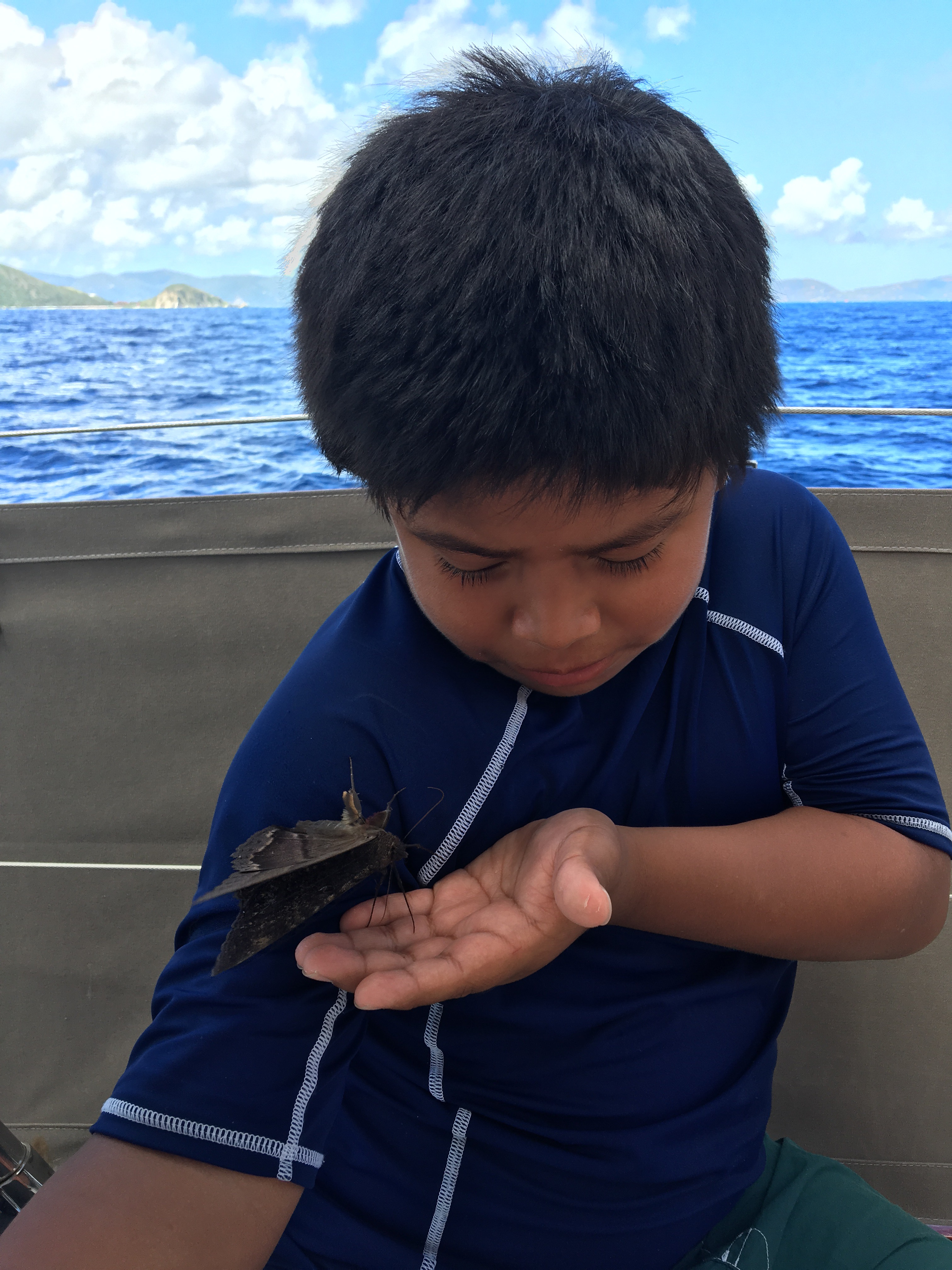 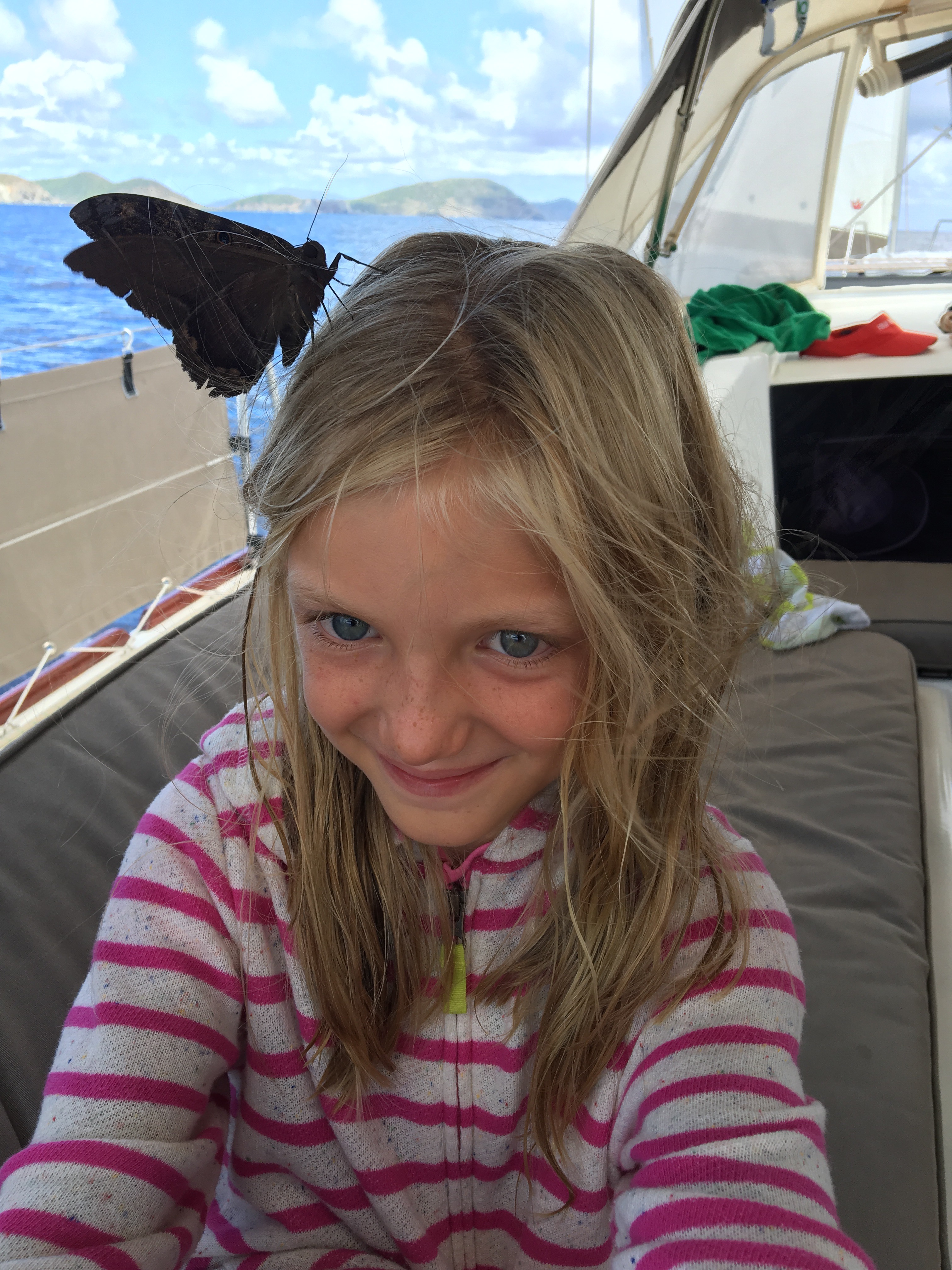 a giant moth, apparently named Norman, stopped by for a rest offshore of Ginger Island.

A birthday spent at the Baths, Virgin Gorda, BVI is one we’ll remember forever.  Climbing giant boulders, snorkeling and sliding between rocks propelled by the current was fun. Playing in my Mom and Dad, Uncle George and Aunt Letitia’s footprints some 50 years later is pretty cool too. 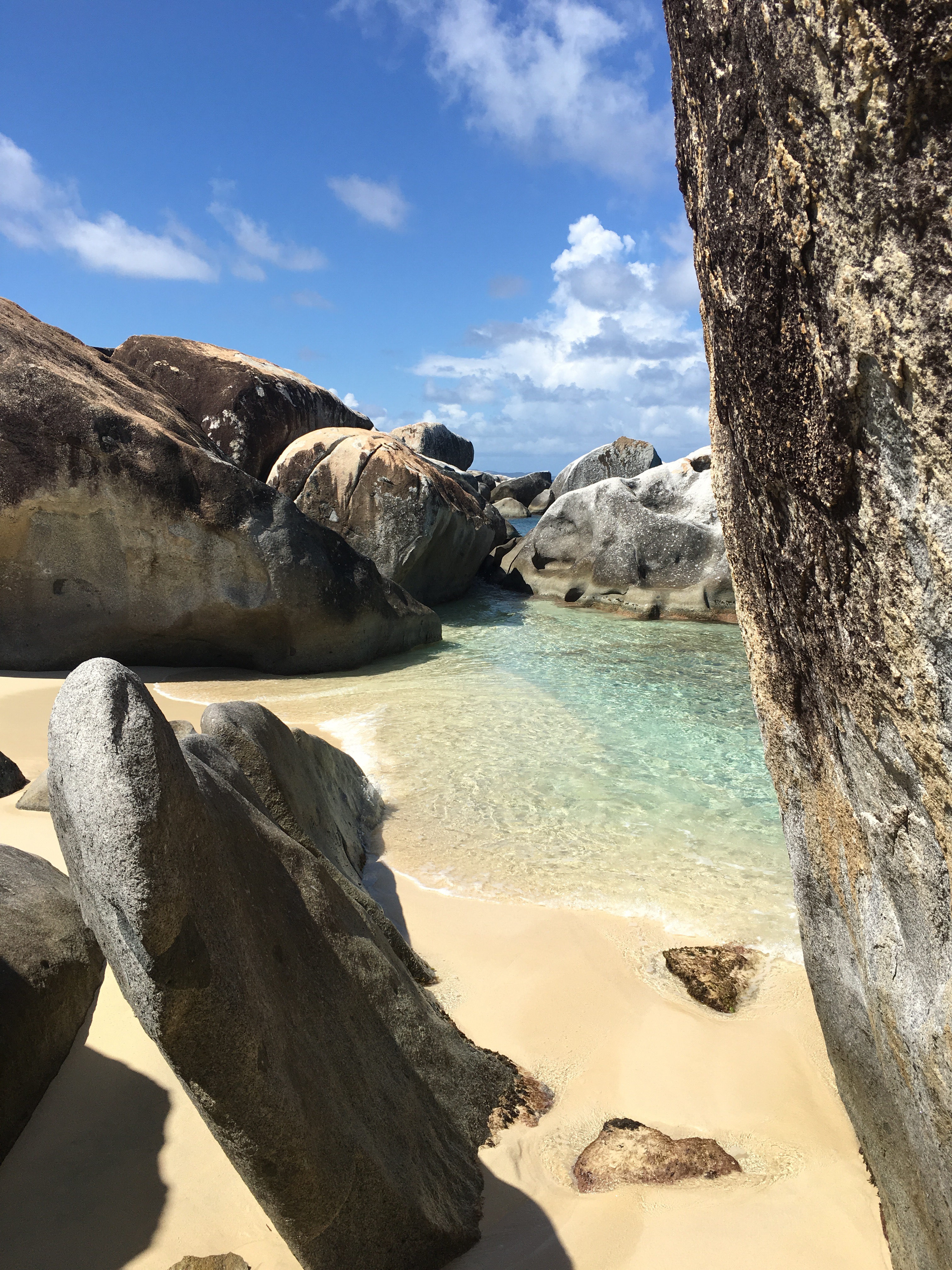 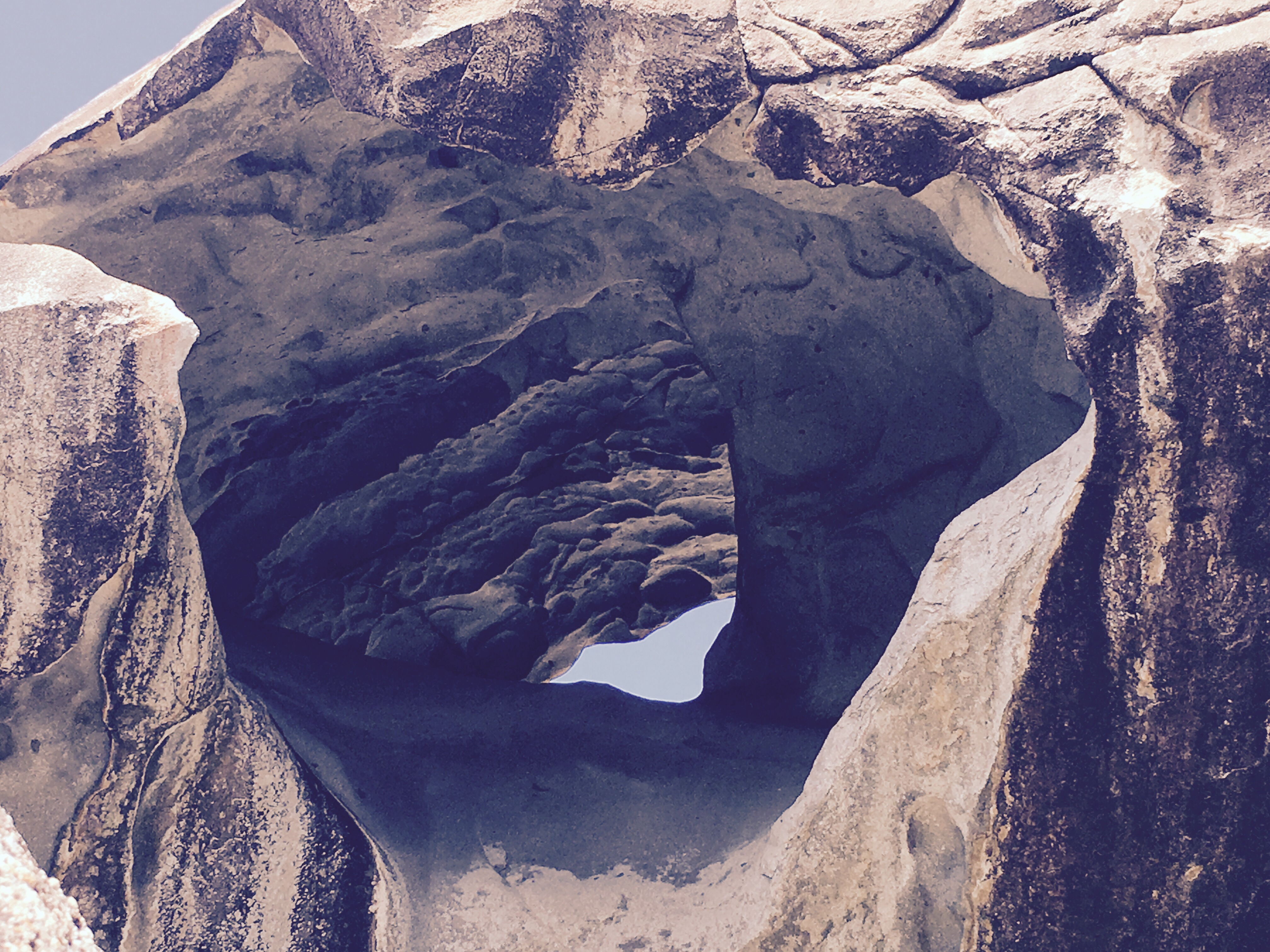 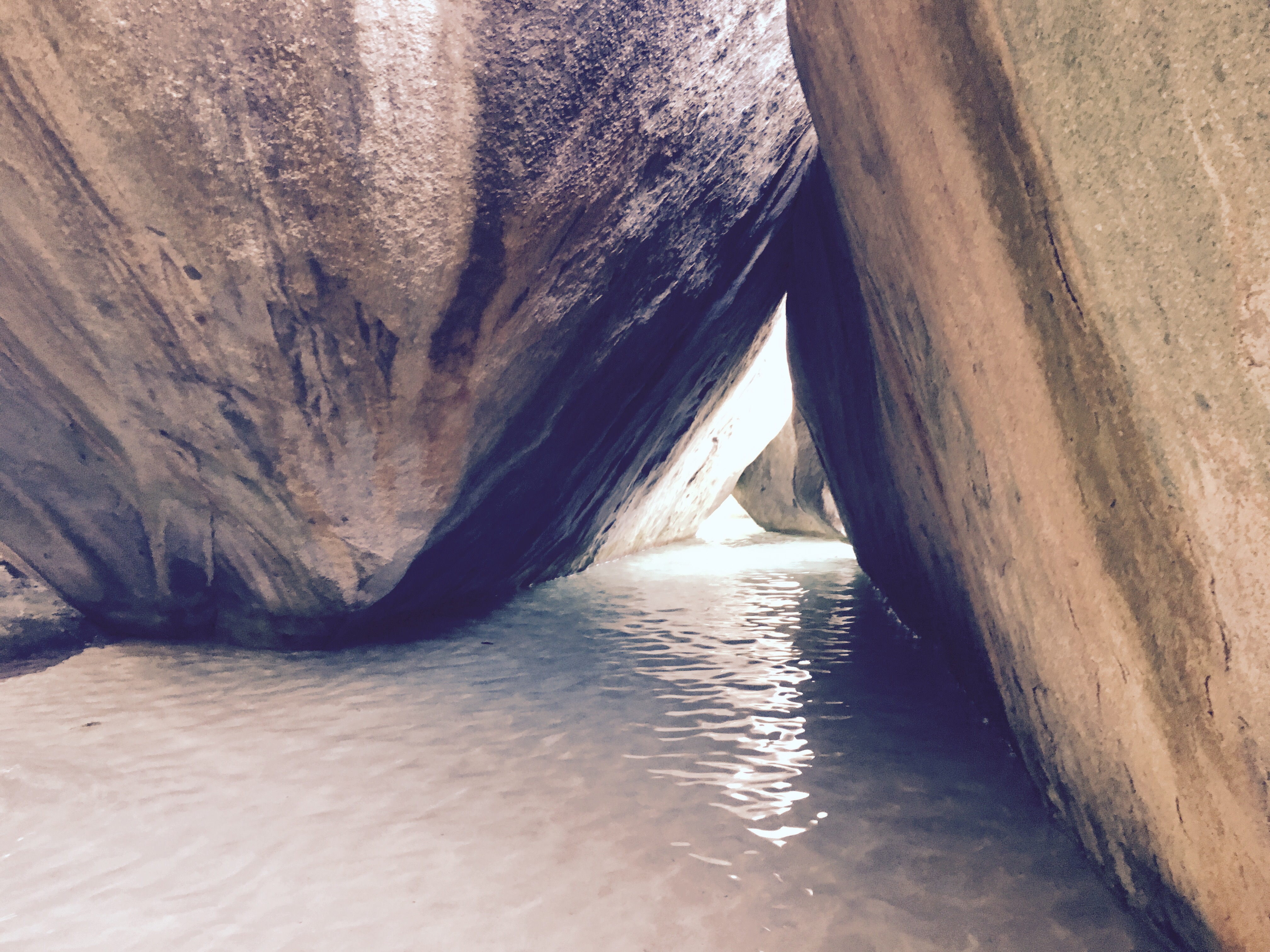 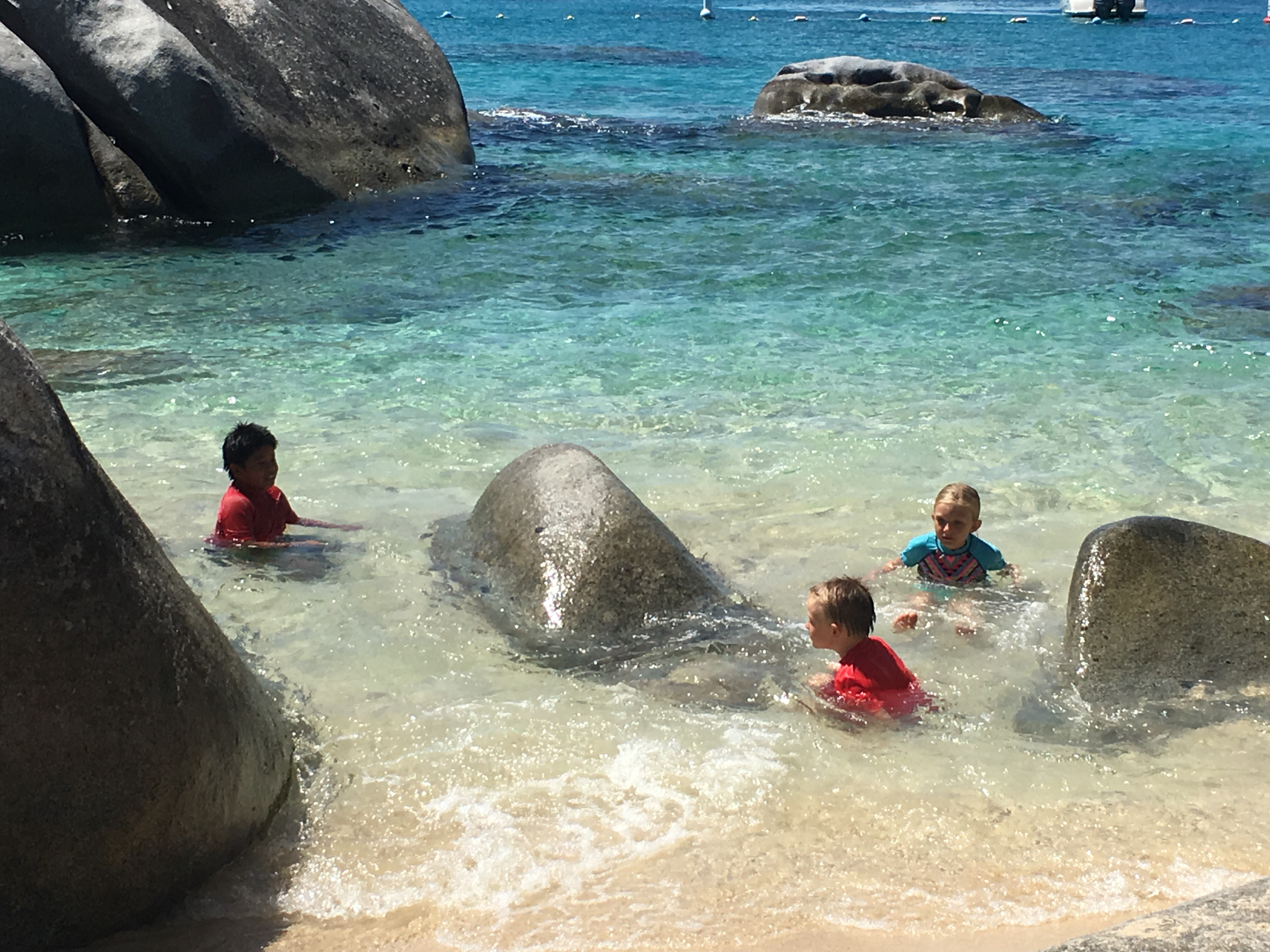 Che unwrapped his gifts from Charleston (Wendy, Grandma and Grandpa), and from us in the cockpit. The kids exchanged gifts and choked us both up with their generosity towards one another gifting their own things to siblings who wanted them more. What was better, we were the only boat moored in front of one of sailings most treasured destinations! Viva la “off season”!! 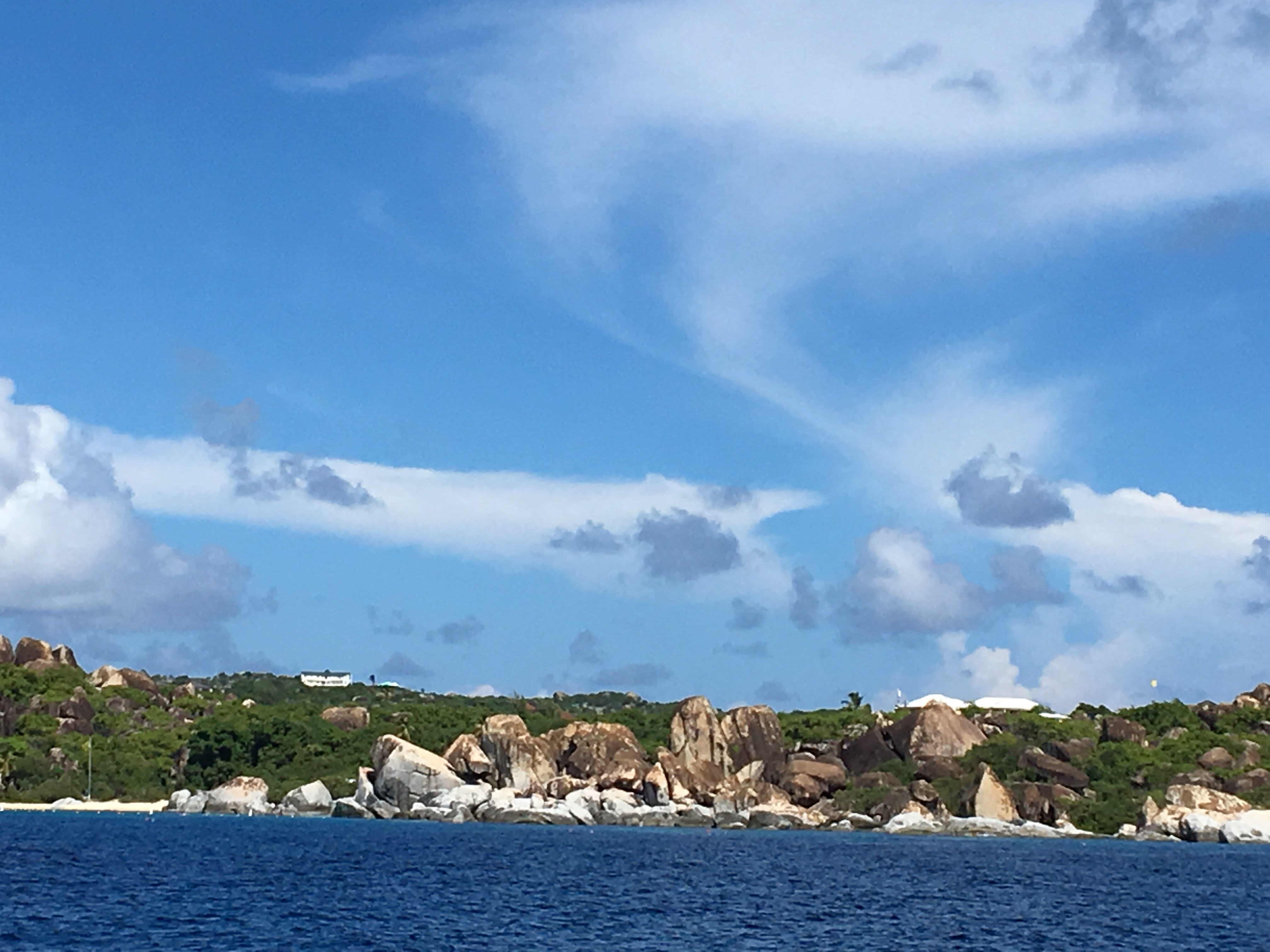 Kelly made a cake from scratch following Che’s favorite “make your own taco night” and a movie aboard.

We woke up today sore from climbing and swimming after sleeping soundly with no rolling for a change ready to jump back (more like ease) into a second day at the baths. There’s simply no reason not to.

Kelly and I like to think that despite their obvious privileges and advantages our children are being raised well. We argue with them, we discipline them, encourage and discourage them. I cannot recall a day when I wasn’t both fist clenching mad and nearly moved to tears with pride. It is exhausting and incredibly rewarding to live this close to one another. Kelly likes to say that “we raise our children with a certain degree of disappointment”. One holiday meal Kelly’s mom (who shares a birthday with Che) said she was surprised to hear we thought it was widely understood that parents always want their kids to have it a little better than they did growing up. “I thought it was just supposed to be the same”, said Mary!